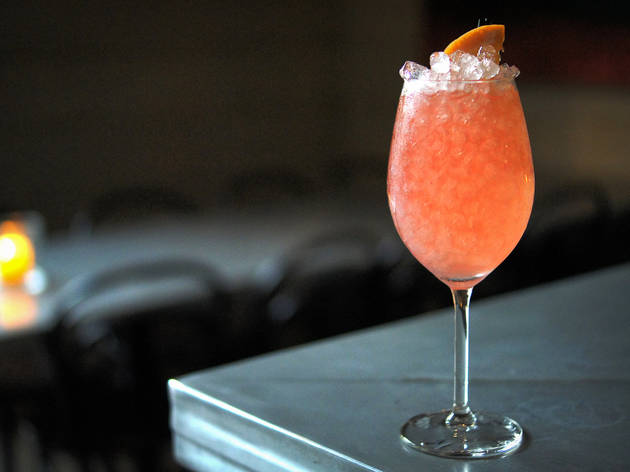 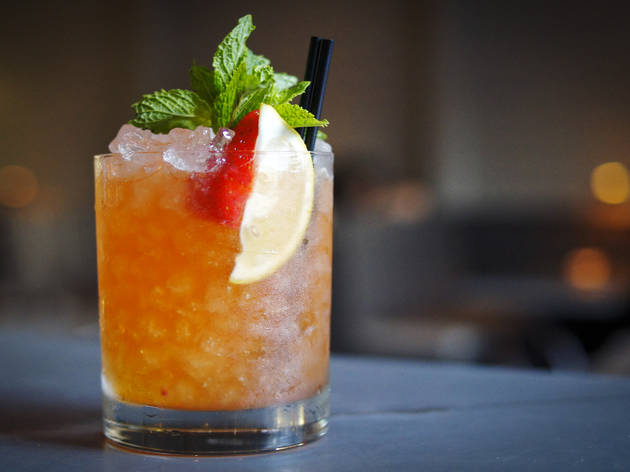 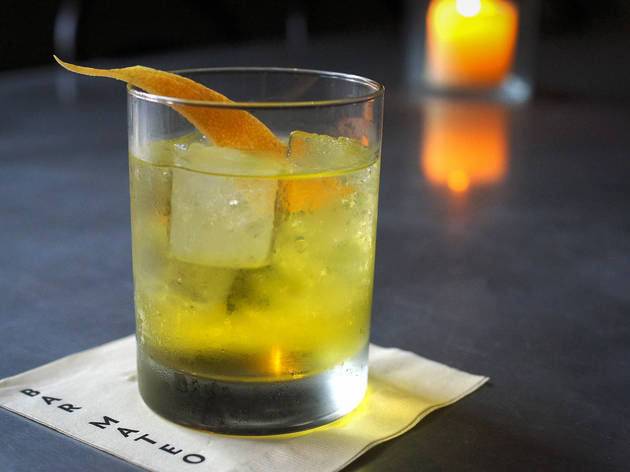 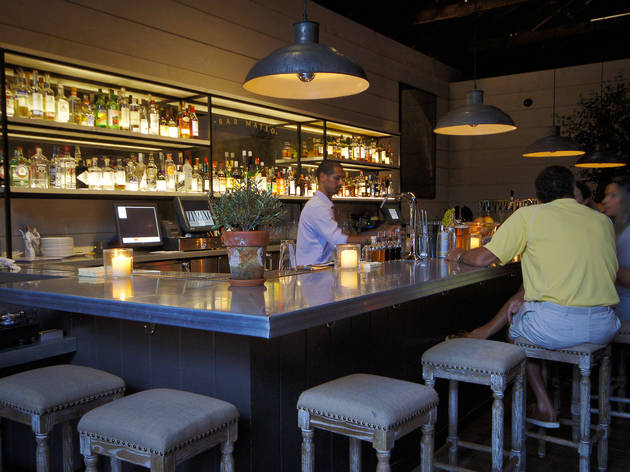 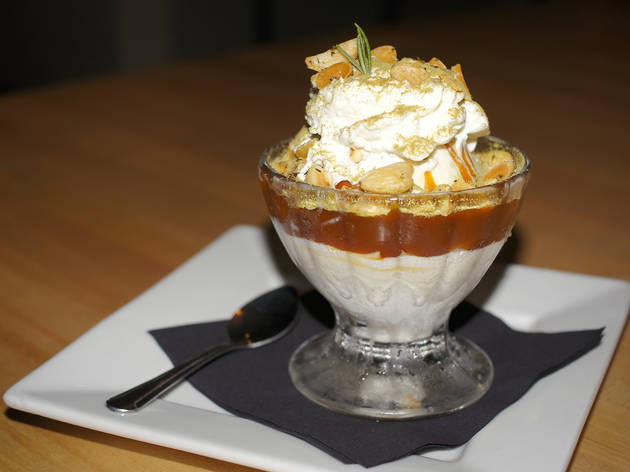 Treading Mateo Street at night can feel eerie. Scant street lighting, windowless industrial buildings, and an occasional disturbed drifter can make you think twice about turning down the street. Then, seemingly out of nowhere, Bar Mateo appears. The open-air bar is attached to Zinc Cafe & Market (an OC chain), and boasts an oasis of twinkling lights and olive trees. Here, DA locals (that's Downtown Arts District for you outsiders) chit-chat over $12 aperitifs and $9 honey-drizzled goat cheese as a Regina Spektor Pandora station hums in the background. It’s all very relaxing and oh-so chic, which is to be expected of the chain. But unlike other iterations, this Zinc has a pretty spectacular bar. Master mixologists Alex Day and David Kaplan of Proprietors LLC (Honeycut, NYC’s Death & Co.) have crafted some of the most balanced cocktails we have ever tried. Order the smoky Hewitt ($12), a blend of aged bourbon, Italian herbal liqueur, and sherry, and you’ll see what we’re talking about. That—and an utterly calming atmosphere—makes venturing to the eastern edge of Downtown LA worth the trek.

Great for: Nothing beats a twinkle-lit patio for romance, except perhaps an artfully shaken cocktail. Fortunately, Bar Mateo has both. You really can’t go wrong with plenty of intimate alfresco tables and a bar staff that knows their stuff. Don’t miss the daily dessert (typically around $7) to pair with your tipple. Our favorite was a slice of their fruit basket cake—layers of airy chiffon, whipped cream and fresh stone fruit. Heads up: Street parking can be a real pain, and the lot can charge up to $20 on busy nights, so get there early or risk killing the mood and circling around for a half hour.

The scene: The best part about Bar Mateo is the complete lack of pretension.
Situated in the heart of the DA, hipsters are a given, but so are Angelenos who appreciate a laid-back night out. Whether you are out on the patio or tucked in a corner inside, friendly servers and mixologists are at your every whim. It makes for an easy breezy evening.

The playlist: It's an indie-pop soundtrack of Regina Spektor, Foster The People and The Temper Trap hits—chill music to accompany the sleek industrial-chic setting.

The bartender says: If neither their three seasonal aperitifs nor their six house cocktails strike your fancy, the guys behind the stick are happy to whip up something off the menu. There are 28 spirits lining the bar's backlit wall. Between the vodka, rum, tequila, mezcal, brandy, bourbon, rye, scotch and amaro, there’s plenty to work with.

Drink this: A favorite, the Molino ($12), really takes gin to the next level. A blend of Ford’s gin, bitter Suze liqueur, dry Dolin Blanc (the new St. German) and Verjus Blanc (made from sour grapes), it’s topped with a grapefruit peel that brings it all together. Traction ($12), a light and refreshing aperitif, is equally well balanced. It features Amontillado sherry, Santa Teresa 1796 rum, house curaçao, strawberry and lemon. For something completely different, try the Hewitt ($12), made with Elijah Craig 12-year bourbon, Amaro Nonino, East India Solera sherry and cherry wood smoke. There’s also plenty of white, red and rose wine to choose from, ranging from $7 to $13 a glass, and three options for bubbly at $9 to $15 a flute—plus beer on draft and by the can ($4 on average).