Plenty of California beers abound at this Highland Park bar, but the atmosphere doesn't quite jive with the neighborhood.

From the street, Block Party—a craft beer concept in Highland Park from Jason Eisner (Gracias Madre)—doesn’t look like much of a party. The clean, minimalist shopfront borders on sterile, with white walls and blank space reminiscent of an Apple store, an empty gallery or one of those inexplicably trendy coffee shops that blends the two. A neon sign displaying the words “Block Party” lets you know you’re in the right place, but it’s not until you reach the back patio that you feel like you’ve actually arrived. Here is the relaxed neighborhood bar you were promised, where a large outdoor space complete with communal picnic tables, candy-striped umbrellas and an oversized shuffleboard court serves as the heart of Block Party. Perhaps that's why it's all the more jarring when you have to leave this adult backyard playground to order your drinks back inside at the Genius Bar. The blow is softened, at least, by a genuinely pleasant and laid-back bar staff, who are happy to offer recommendations, samples and Notorious B.I.G. at full volume as the mood prescribes. Still, there’s something less than relaxing about the vibe here. Despite its best efforts, Block Party’s atmosphere feels strained and manufactured, more like a “chill-out” space at a tech start-up than an authentic neighborhood spot. Even in the California heat, this place left us feeling a little cold.

Good for: Hanging with your buddies and knocking back some brews in a setting that’s void of televisions. Instead of watching sports, you can use the opportunity to have a conversation, compare notes on the suds or discuss the latest injury to befall one of the players on your fantasy team. If all else fails, you can opt for a friendly game of giant shuffleboard or Wii bowling—or just stare at the screen it’s projected on if you’re experiencing TV separation anxiety.

The scene: While it’s getting harder and harder to avoid using the H-word, suffice it to say that this place is crawling with beards and manbuns. For the most part, the clientele is young, relaxed and friendly enough to share their picnic table. Just don’t expect every patron to observe proper “she was here first” etiquette when taking their turn at the bar. I’m looking at you, nose-ringed pixie girl.

Drink this: Draft beers at Block Party come in 4-ounce, 8-ounce and 12-ounce pours, allowing you to move freely through the menu without putting too much strain on  your gut or wallet. All the beers are brewed in California, with the exception of Waupoos cider ($3/$5/$7), a crisp, smooth beverage from Ontario, Canada, that’s fruity without the candy apple taste. San Diego’s Ballast Point is represented with its reliable favorite, Grapefruit Sculpin ($4/$6). Moving further north up the state, Temecula-based Black Market Brewing Company’s 1945 ($5/$7) is a tart and tasty Berliner Weisse, while the Kolsch-style ale ($3/$5/$7) from Barrelhouse Brewing in Paso Robles offers refreshing hints of gooseberry and lychee. The house Michelada ($9) doesn’t quite hit the mark on its own, but it’s worth ordering just for the watermelon and heirloom paleta that accompanies it. We couldn’t figure out if you’re supposed to dip it in, let it melt or eat it while you sip, so we did all three. Want something completely different? Try the questionably-named Cali Creamin’ Vanilla Cream Ale ($3/$5/$7) from Vista-based Mother Earth Brewing Company. With a heavenly ice cream aroma and a smooth vanilla finish, it’ll transport you back to your childhood soda fountain.

Our tip: In addition to your beverages, the bartenders also hold the key to Block Party’s casual dining component: a hot dog cart out back serving beef and vegan franks, soft pretzels and a plethora of house-made accoutrements. Once you’ve paid at the bar, you can retreat to the backyard, load up your dog with pimento cheese and pickled things, and kick back. 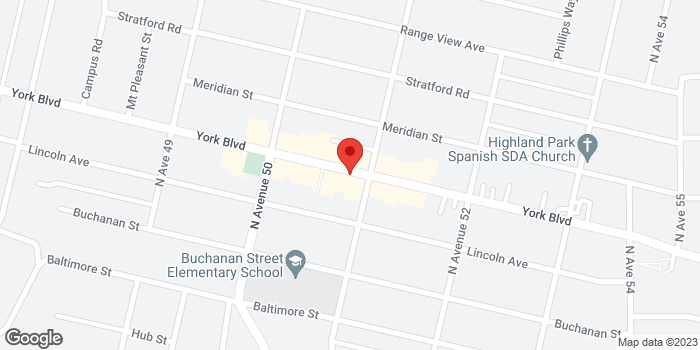