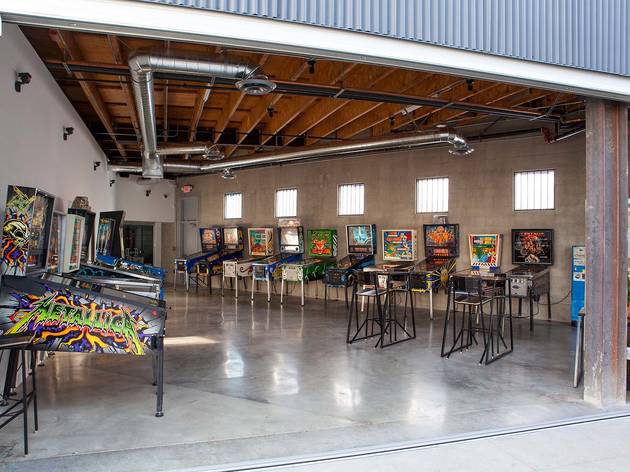 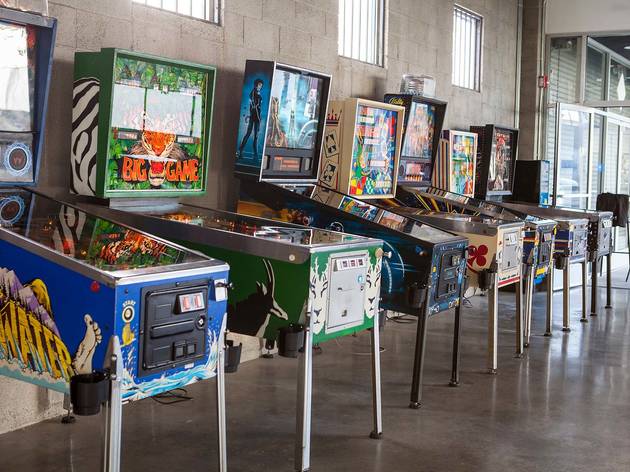 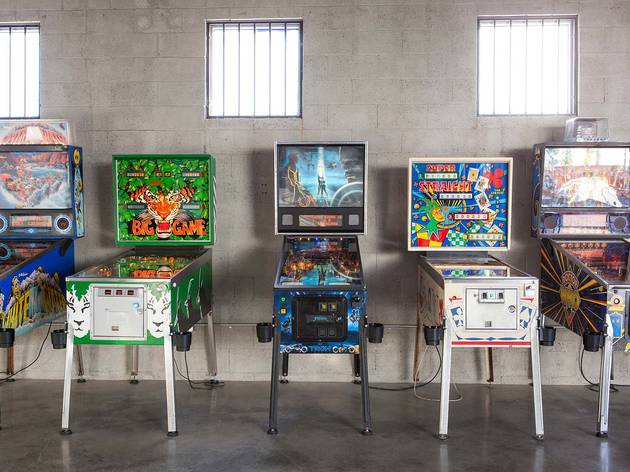 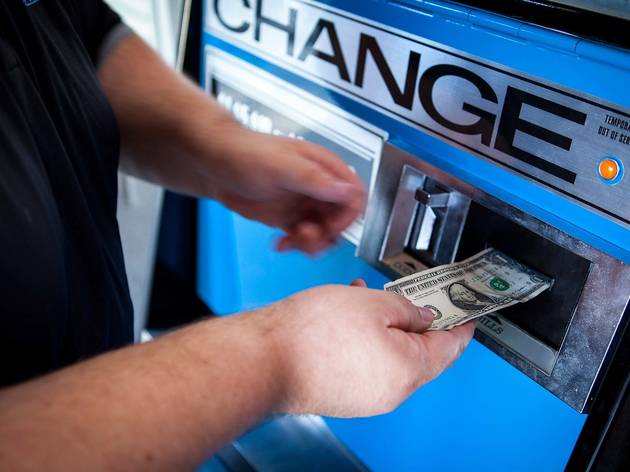 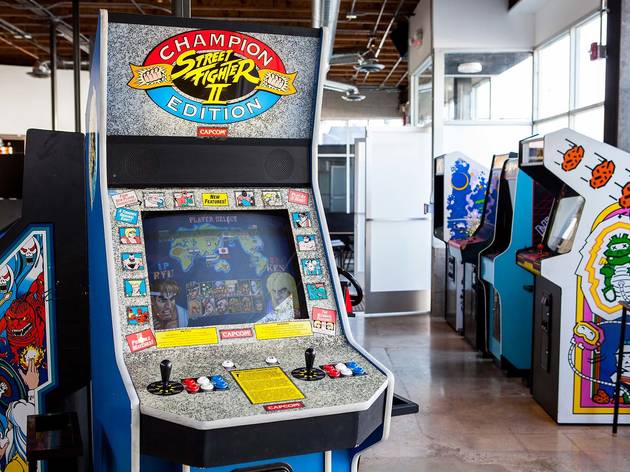 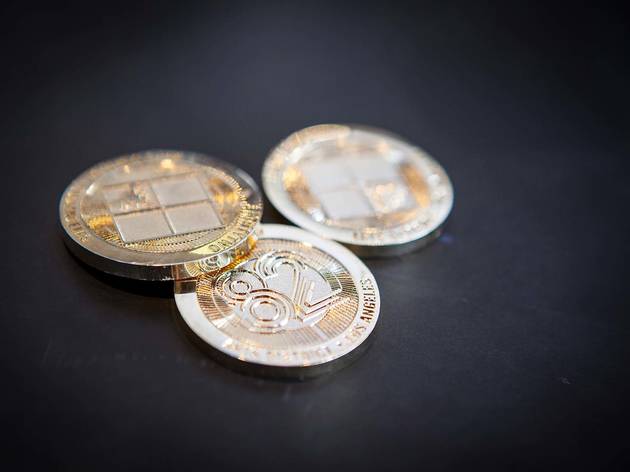 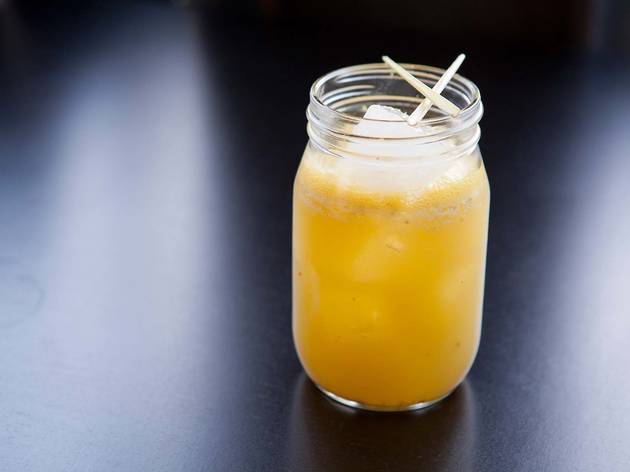 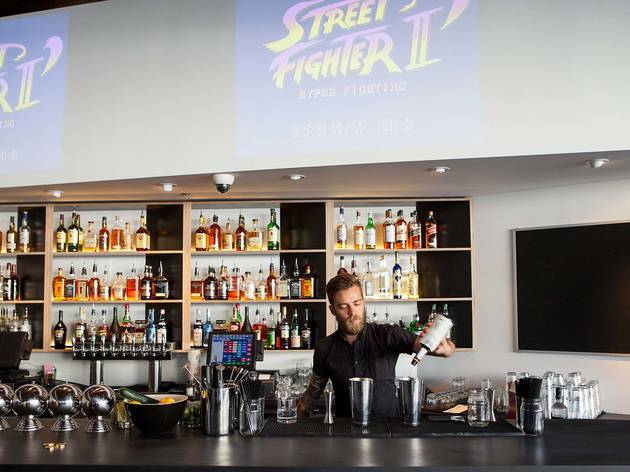 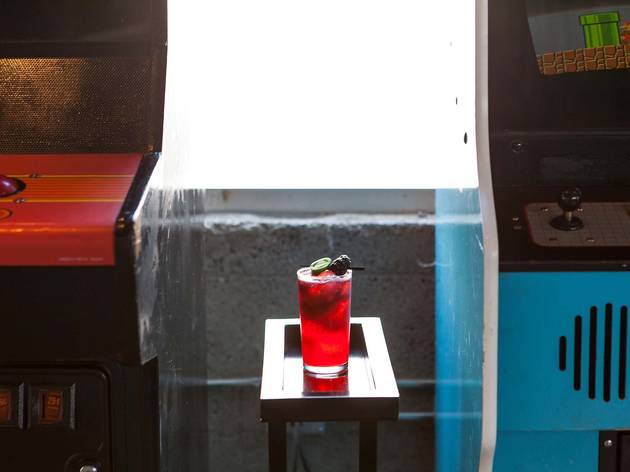 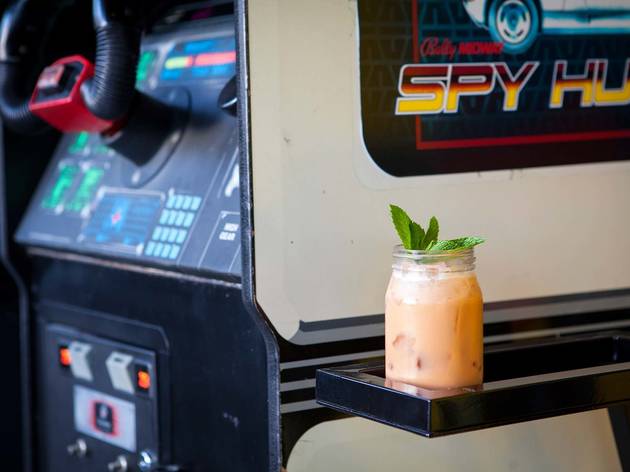 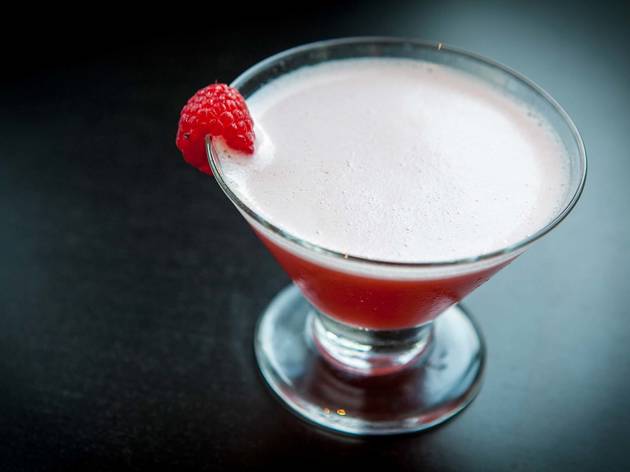 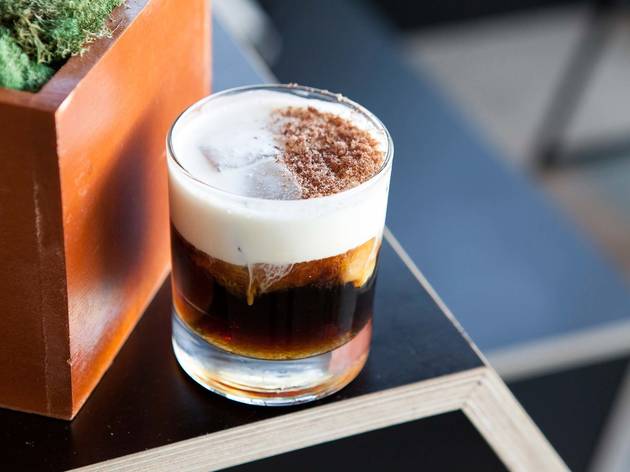 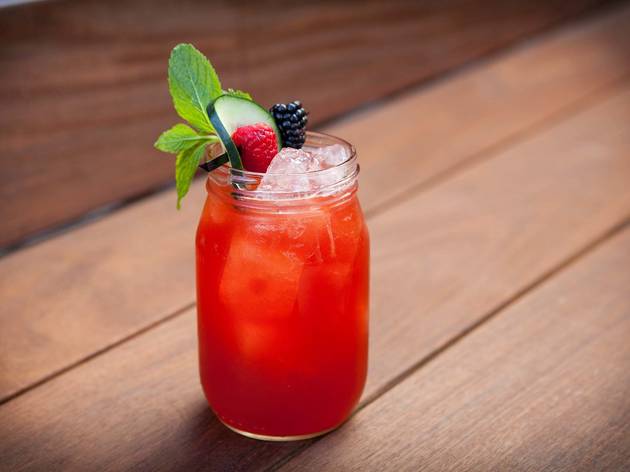 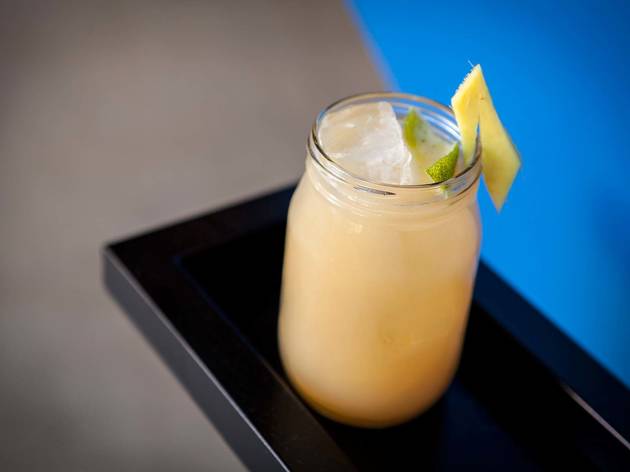 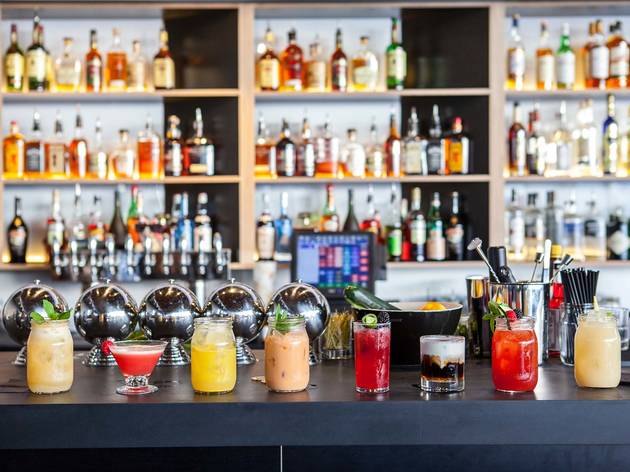 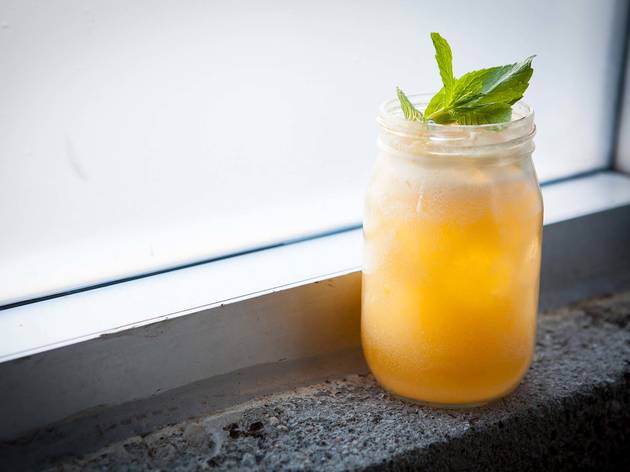 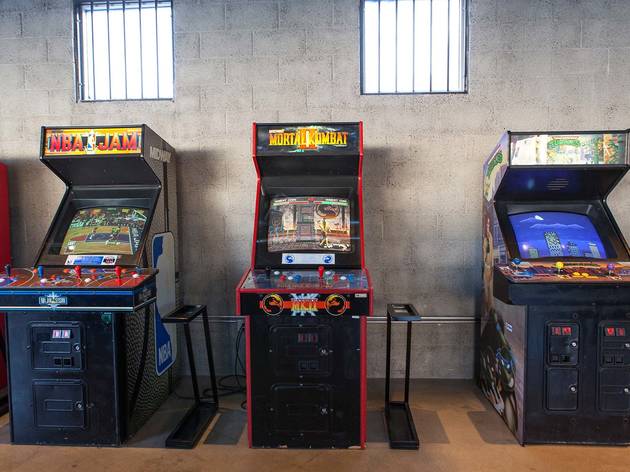 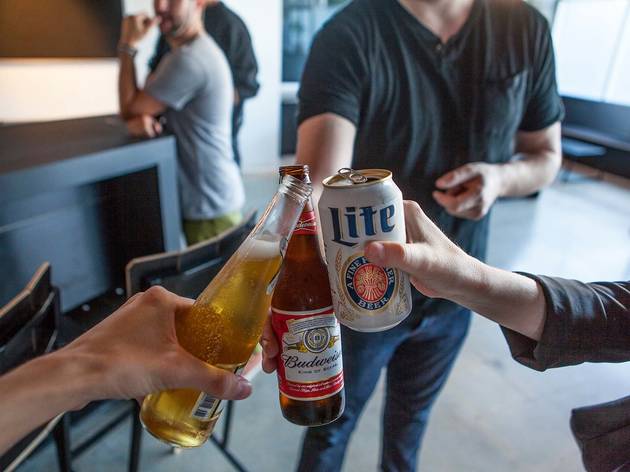 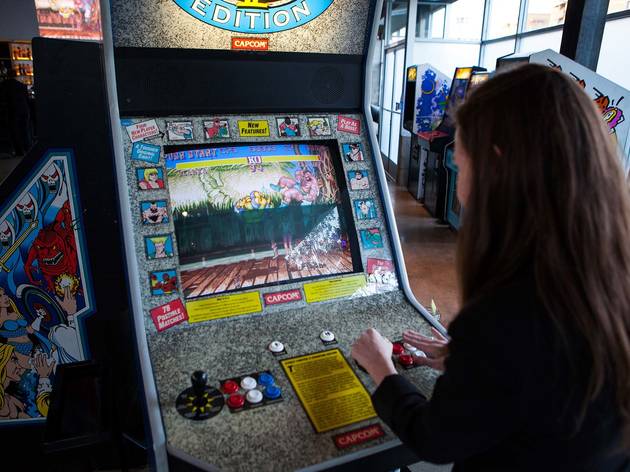 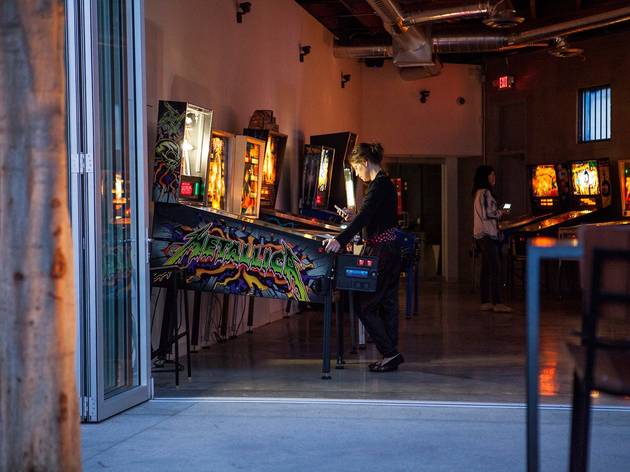 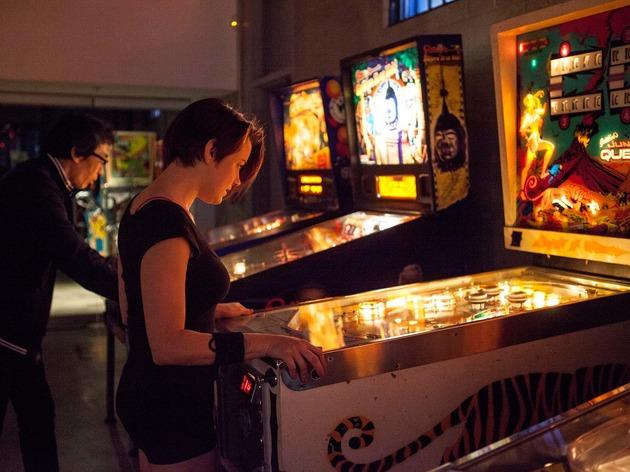 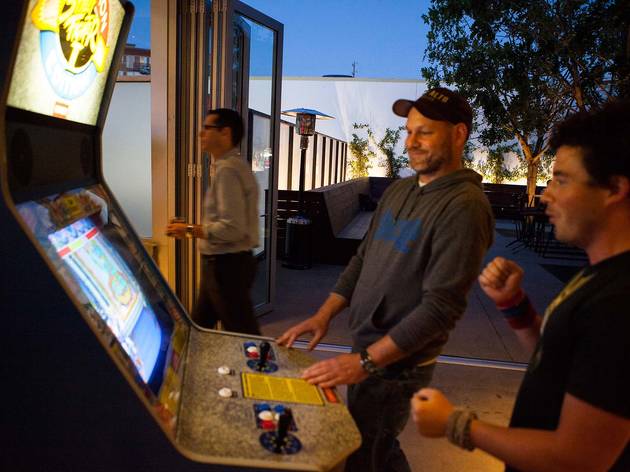 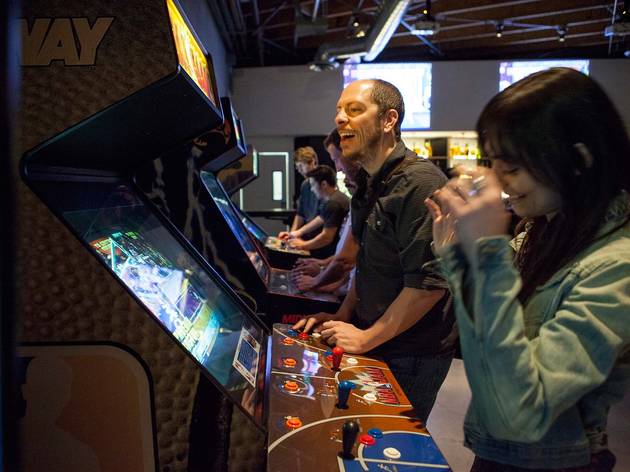 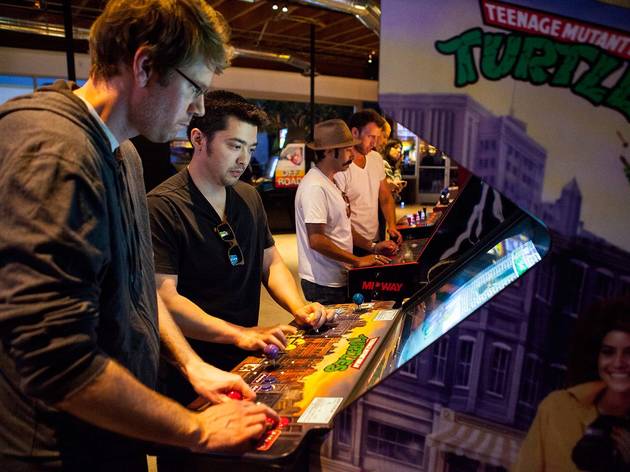 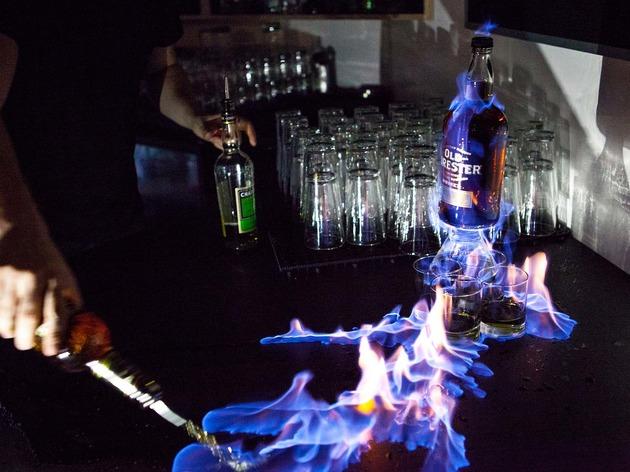 If ever there was a bar to geek out in, this one is it. Los Angeles' first arcade bar boasts more than 40 classic consoles, from Centipede to Ms. Pac-Man—all fixed with cup holders for endless booze-fueled sessions. An homage to the golden age of arcade games, cocktails here have names like Princess Peach, Zangief, Power Up and The Dude—that last one (more of a tribute to "the Dude" himself than anything else) includes stamina-inducing cold brew coffee from LAMILL, a necessity for defeating the Street Fighter 2 record. If you can see the latest high score projected on a wall toward the back, then you've found the only bar in the joint, next to a DJ booth and a rarely-used, bite-sized dance floor. Those less inclined to spend all of their hard-earned quarters can head to the tree-filled courtyard outside to nosh on food truck bites under the stars.

Good for: Awakening your inner child and playing a round of Teenage Mutant Ninja Turtles, with one hand on the scroller and the other clutching an adult beverage. You'll have the most fun when tag-teaming with a date or a fellow arcade aficionado, though if there's an odd group of buddies, someone's likely going to feel left out. For the ladies digging the geeky gaming type, EightyTwo's the perfect pick-up spot. Just don't expect to get a guy's attention mid-session.

The scene: Tight-jeaned gamers remain glued to the consoles while smartly dressed couples and artsy comrades chatter amongst themselves on the patio outside. EightyTwo attracts a cool, hip crowd thanks to its prime Arts District digs near Würstkuche and the Pie Hole. Heels and sport coats rarely make an appearance, but there are plenty of mustaches and thick-framd retro glasses.

The playlist: Music ranges from '80s classics on a slow evening to electronic pop and old school rap when the DJ spins late nights. Though, with all of the distractions—colorful patrons and consoles—you'd hardly notice the jams.

The bartender says: While they definitely do not skimp on the alcohol, the barkeeps here are not in the mood to chat. Gaming comes first and drinks need to flow, so your best bet is to swiftly ask for a cocktail menu, order, and then step aside for the next in line.

Drink this: A buzz is guaranteed from any of Billy Ray's (Blind Barber) concoctions, all $12. Highlights include the Multiball, made with tequila, lime, lemon, verbena syrup, blackberry and jalapeño for a kick. For something deceivingly boozy, order the nOOb (lemon, lemongrass, honey and bee pollen). It's basically vodka-spiked apple juice in a jar. D.J., EightyTwo's twist on the Old Fashioned, combines lavender, bitters, sugar and bourbon, then is subsequently lit on fire. That's a fun one to impress a date, and will keep you going through several rounds of Super Mario. If you prefer beer with your video games, there's also ice-cold Angel City and Golden Road brews on tap for $7 a pop.