Downtown speakeasies are a dime a dozen, but one without all the pretense? Now we’re talking. At El Dorado, there’s no waiting in line to squeeze through an overrated, password-protected portal. Let the glowing marquee arrow (you know, the one that reads "El Dorado Bar") affixed to the front of the El Dorado Lofts building be your guiding light. Descend a well-lit stairway into a sweeping 6,000-plus-square-foot space beaming with vintage warmth; Art Deco wallpaper, pressed-tin ceiling tiles, framed 17th-century nude women and candlelit tables give the basement a cozy vibe that feels more like home than a Prohibition era-inspired hideaway. Mammoth leather booths run the length of the room and there’s always a spare stool around the sizable bar. The staff is charming and swift, and the libations they shake up are top-notch. Take the E-40: a shot of 48-hour walnut-infused Nikka Coffey Grain Whisky paired with a pint of Japanese Coedo beer for good measure, all of it for a mere $10. That's thanks to beverage director Peter Barriga, whose objective is to craft high-quality cocktails that won’t leave imbibers broke. And how can we say no to moderately priced drinks and good company?

Good for: All of the upsides of a modern speakeasy—artisanal swills, a mellow atmosphere, dark corners—without the routine hassles. Getting into an underground drinkery has never been so easy. If it’s a night of beer and shots you’re after, El Dorado has it, but you're really here for the inventive cocktails. The fact that none of the drinks arrive in elaborate glassware, involve hand-carved ice spheres or emit fog is a testament to El Dorado’s commitment to well-made, no-nonsense drinks.

The scene: The place never feels overwhelming, even on weekends. Maybe because it’s just so darn big? When the main room begins to slightly fill up (typically as midnight approaches and folks are sloshed enough to boogie down to the evening’s DJ set—everything from "slow grin R&B" to "power-pop," according to their Instagram), there’s a whole other adjoining space for the locals to linger. The vibe is a lot more casual than your standard low-lit subterranean nightery.

Drink this: Given the retro ambience, El Dorado’s twist on the classic old-fashioned is an easy choice. The Mayonka ($13) is a beautifully balanced, stirred concoction of bourbon, apple brandy, sweet vermouth, caramel-flavored Demerara syrup and chocolate bitters, garnished with a lemongrass stalk and a sprig of rosemary, then lit on fire. Through you for a loop with those last few ingredients, didn’t we? This drink is truly one-of-a-kind. And sure, you could get El Dorado’s original old-fashioned with a nice Rittenhouse Rye ($11), but you’d miss out on all the fun. For something on the tropical side, try the Gold Nugget ($13). It’s a bubbly highball of apple brandy, pisco, sake, orange, lime juice, simple syrup, salt and soda, with a texture that is almost creamy and a flavor that’s both fragrant and fresh. Another fan favorite is the Elote ($12), or what some are calling “the corn cocktail,” which makes sense considering it’s key feature is housemade corn simple syrup. But there’s also lemon juice, egg and tequila in there, all topped with a chili spray mist. We can guarantee you’ve never had a gimlet like this before.

Our tip: You'll find the loquacious, Hawaiian t-shirt-clad Barriga—who made it a point on our visit to mention that his last name means “beer belly,” though he’s lacking one—behind the bar on most nights concocting his twist on the classics. Don’t miss an opportunity to learn more about the impressive program he’s created here. 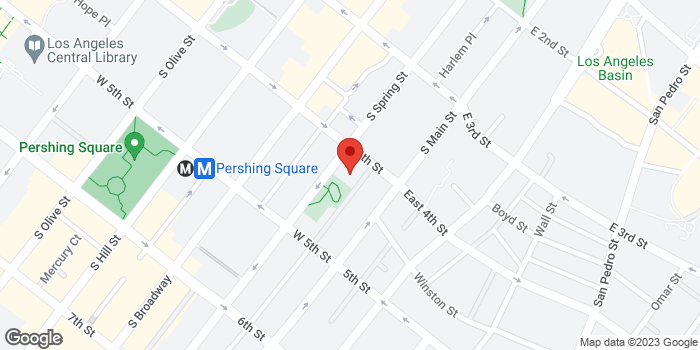