Approaching the imposing orange door to E.R.B. (Everson Royce Bar, technically speaking), it’s hard to know what to expect behind it. The concrete exterior of the downtown Arts District haunt seems intentionally non-descript. A bold neon sign above the door reads simply “BAR”—the small plaque beside it, “everson royce bar, est. 2015,” verifies the bar’s identity. Inside, the bar is not only bustling, but bright; the large, elegant space is bathed in soft light, illuminating its features in a way that feels warm and inviting. Out back, a spacious patio offers ample seating for drinking, dining and stargazing through the twinkle of overhead light strings. The warmth of E.R.B.’s atmosphere extends to its service, too; despite a packed house, the bar felt remarkably personal. It turns out that the guy walking around like he owns the place in fact does, and he’ll deliver your drinks, to boot. Not only did co-owner Randy Clement indulge our every query about the cocktails and food, but the Silverlake Wine boss also provided some insight into the inspiration behind the bar and its predecessor, Everson Royce, a wine shop in Pasadena: they’re named after Clement’s twin sons, Everson and Royce. It wasn’t just us, and it wasn’t just him—beyond our table, we observed Clement and his staff treating every patron with the priority of a VIP. Simply put, this place knows how to make a girl feel special, and in this town, that goes a long way.

Good for: Girl's night, date night, first date, work drinks—all of the above. With a welcoming atmosphere, excellent cocktails, an extensive selection of wine by the glass or bottle and a respectable line-up of draught, bottled and canned beers, there’s really something here for everyone. It fills a needed niche in the Arts District, plus there’s reasonable on-site valet, which is a nice alternative to parking on a dimly-lit industrial street.

The scene: This place was hopping at 9pm on a Friday night, with the patio full and nearly all the seats at the bar and indoor tables occupied. E.R.B.’s upscale yet casual vibe seems to cater to the cool and sophisticated—30+ patrons whose tattoos show that they still have an edge, but whose quiet sense of relief tells you they were lucky to get a sitter tonight. The music, too, seems to cater to a slightly older crowd; we heard at least two Garbage songs in the rotation, and we didn’t mind one bit.

Drink this: Varnish alumn Chris Ojeda adds a whole lot of credibility to the cocktail list here, and the eight concoctions he’s brought to the menu do not disappoint. There are refined standards like the Mamie Taylor ($13) with scotch, ginger and lime, and the Fancy Free ($13), an Old Fashioned variation with maraska liqueur, but the Infanté ($12), a tequila tipple with lemon, almond, nutmeg and rosewater stole our hearts with its combination of tart, sweet and lightly perfumed flavors. The Business ($12) was another favorite that Bee’s Knees fans should enjoy—lime replaces lemon in this delightful mingling of gin, citrus and honey. The Paper Plane ($13) was the most unexpected joy of the evening. Seeing bourbon, aperol and amaro in the ingredients, we expected a spirit-forward heavyweight of a cocktail, but were pleasantly surprised by the light, bright and dangerously downable creation that arrived.

Our tip: With former Osteria Mozza chef Matt Molina in the kitchen, E.R.B.’s food offerings are elevated far beyond your typical bar grub, like the steamed buns ($10), melt-in-your-mouth roasted pork belly, cucumber pickle and hoisin wrapped in pillowy warm bao. The kitchen is open til 1am, which is great if you’re feeling a bit peckish. Bear in mind that when the menu says “Bites,” it means it—if you skipped dinner, you’ll probably still end up at Jack in the Box on your way home. 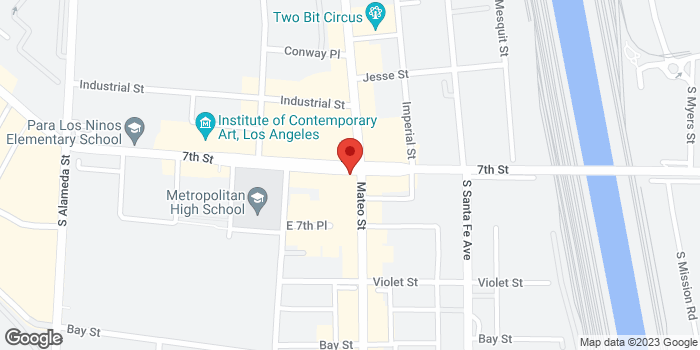