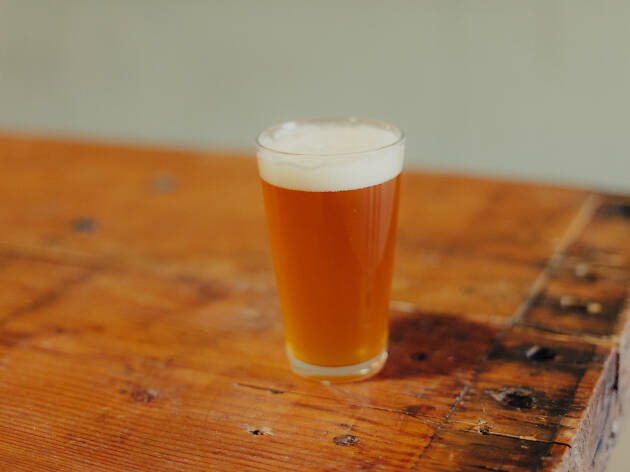 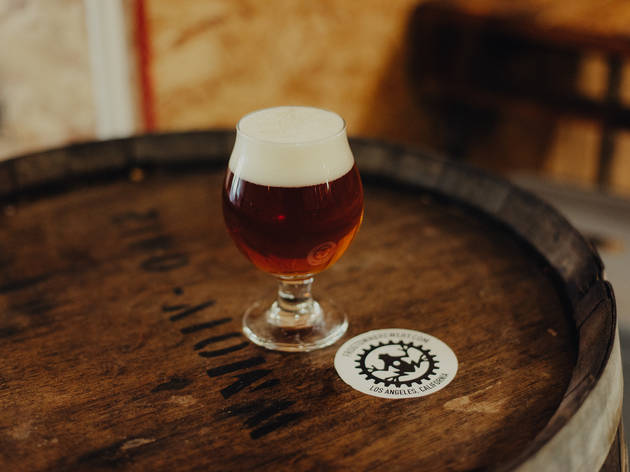 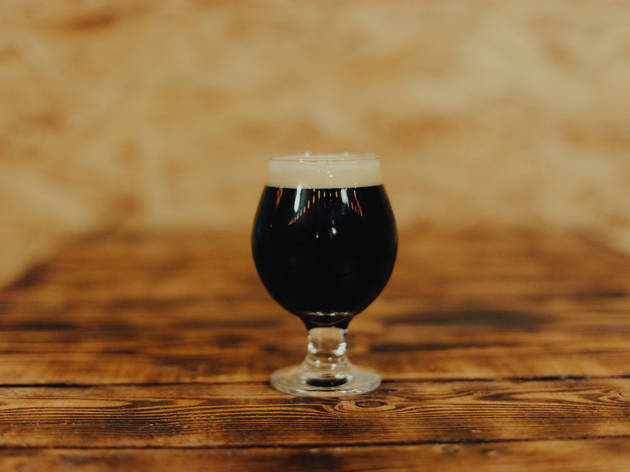 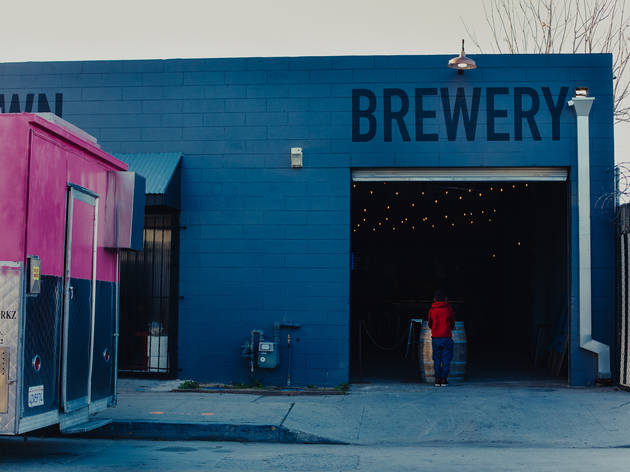 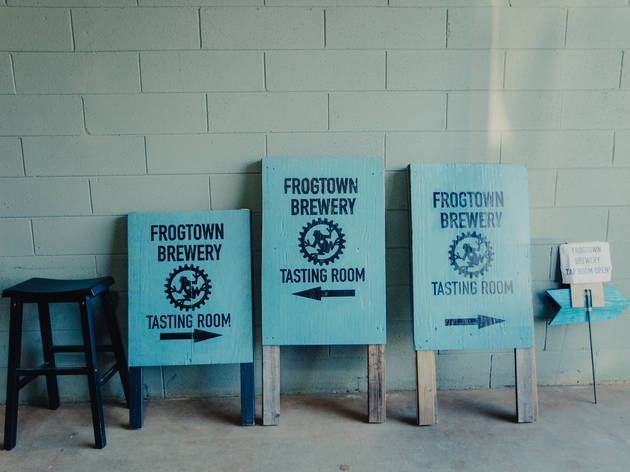 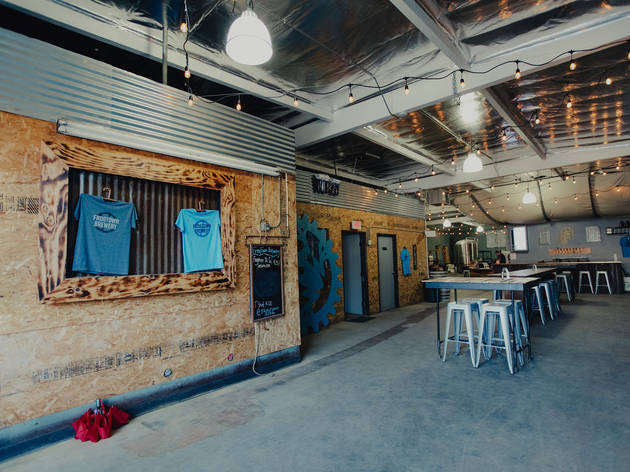 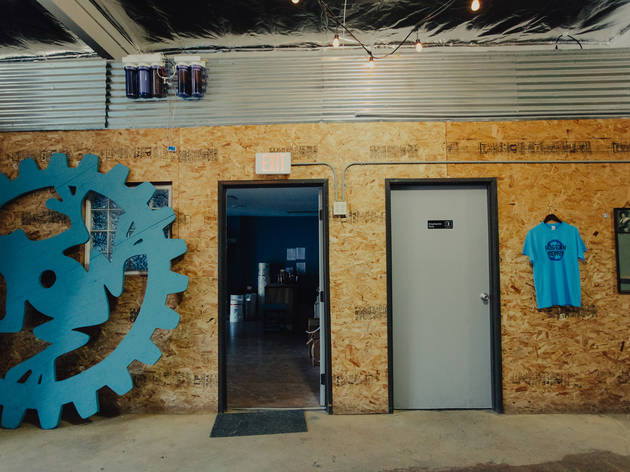 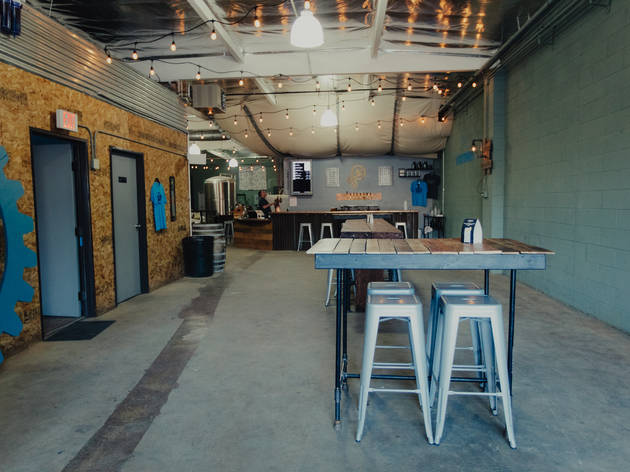 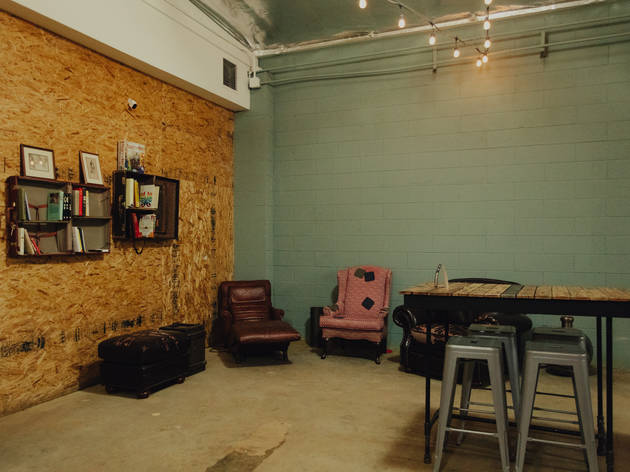 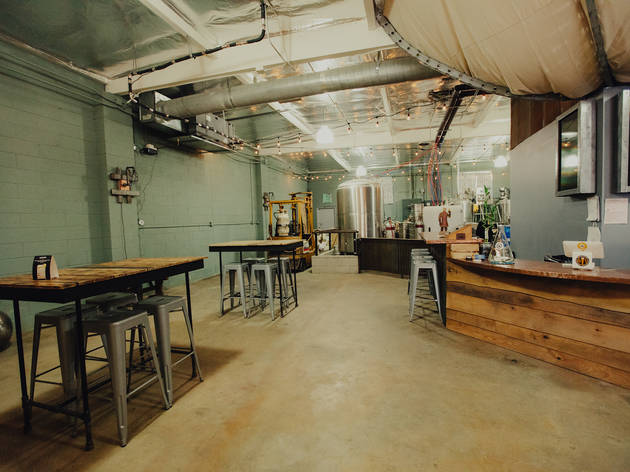 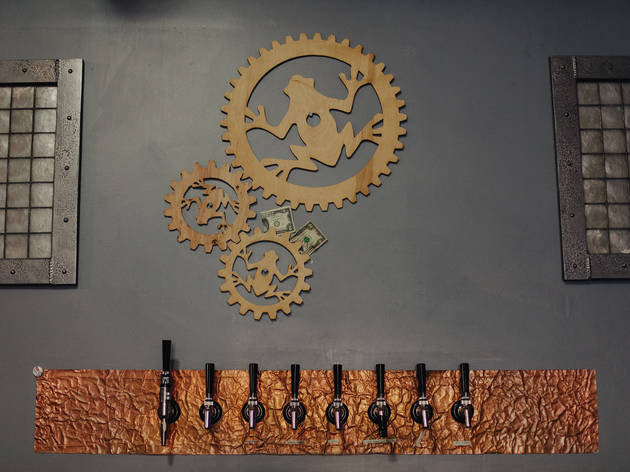 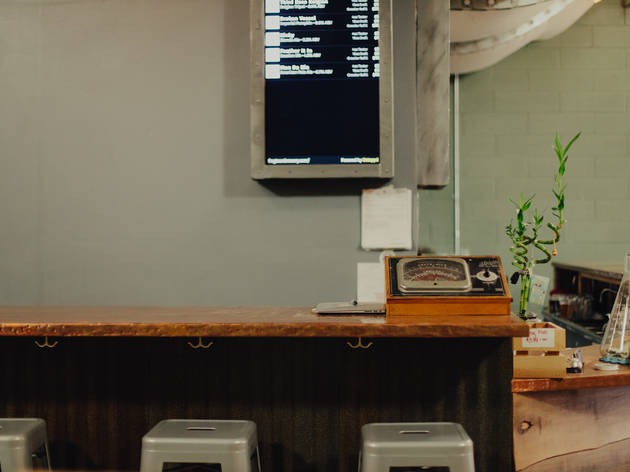 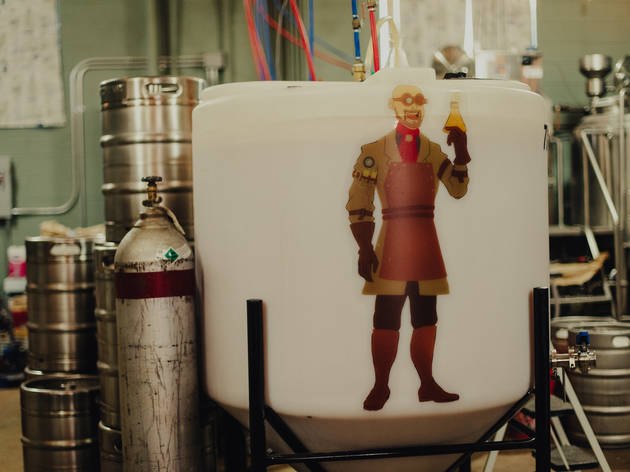 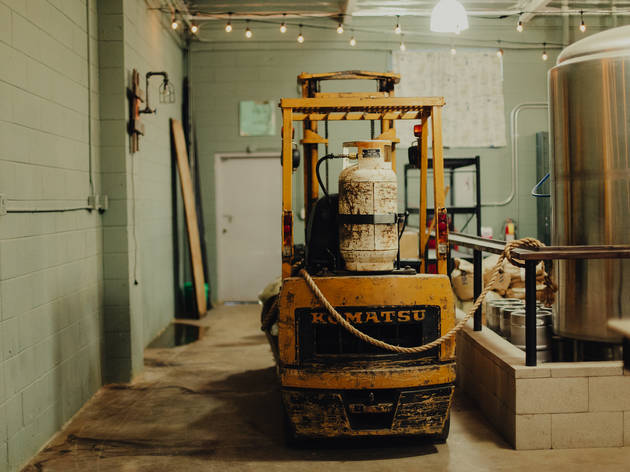 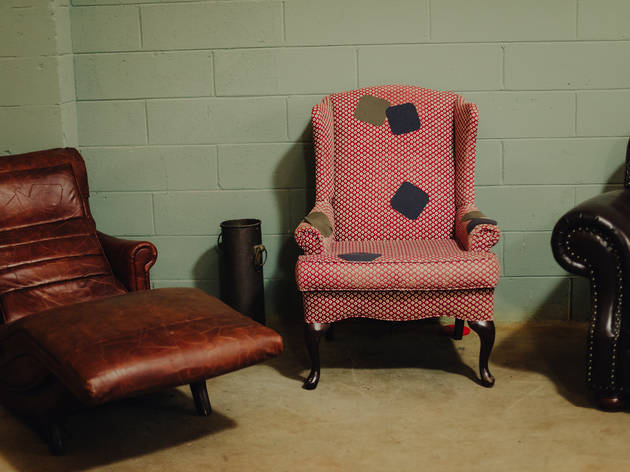 Frogtown Brewery is helping to put the Eastside neighborhood on the map.

Frogtown Brewery is the newest watering hole in L.A.'s most up-and-coming neighborhood. Officially named Elysian Valley, this last isolated slice of east L.A. snakes along the L.A. River to the east and the 5 freeway to the west, nestled comfortably between Silver Lake and Mount Washington. Given Frogtown's recent boom in shops and restaurants, the small neighborhood was practically screaming for a microbrewery with a community feel and a bright future. Every brew in this spacious yet cozy beer house is surprisingly cultivated, even elite. There’s not a weak spot in their program. From the stout to the saison, the pale to the rye, each of their seven rotating beers on tap packs that elusive combination of flavor and balance.

The scene: Frogtown’s lack of big signage makes it easy to miss among other industrial warehouses on Gilroy street. Once found, the door opens to a deep converted garage with blue-gray walls, soft backyard lights strung overhead and high picnic tables sprinkled about. Lots of space between tables maximizes comfort and invites animated conversation. The cold brick, high ceilings and exposed rafters preserve the space’s industrial feel. It’s almost like you’re outside, but the entire area is spotless. With soft music and the brewing tanks a few feet away, this place conjures a closeness to the beer and to the people that make it.

Good for: Bring a group big or small—Frogtown can accommodate. Or come alone and belly up to the custom-made, wraparound coppertop bar for beer talk with owners Mike Voss and master brewer Adam Kestel. Want to impress a date who’s educated but low maintenance? Escort them to the reading nook: a corner with real furniture up against a plywood wall complete with portraits and bookshelves stocked with American classics. It's a little taste of Frogtown sophistication.

Drink this: Frogtown’s seven-beer menu spurns the hoppy-everything craze in favor of an eclectic catalogue utilizing imaginative flavors. A standout is the Dark Times American Stout, a super roasty, big headed beer with coffee and chocolate notes, a light mouthfeel and superb balance. Its great flavor wisps off your tongue quickly, pushing you to reach for more. Another must-have is the clean and crisp Third Base Belgian Tripel. Its aroma is clean and crisp, and, unlike most Tripels, favors a fruit flavor over acidity. At 8.9% ABV, it’s not a sessionable beer, but it sure goes down like one. Don't leave without trying the Man Da Rin American Pale Ale. That mysterious fruit you’re tasting is actually kumquat. This beer has universal appeal: bold enough for the veteran, but with a lemony, wheaty finish for the beginner. At 6.7% you should have more than one of these.

Our tip: Order a full flight so you can sample the entire beer menu. Frogtown Brewery doesn’t serve food but they do have a BYO food policy and usually a food truck parked right outside. If that truck is Charlie’s Weiners, order the Kimchi nachos for the table and the Cali dog for yourself.