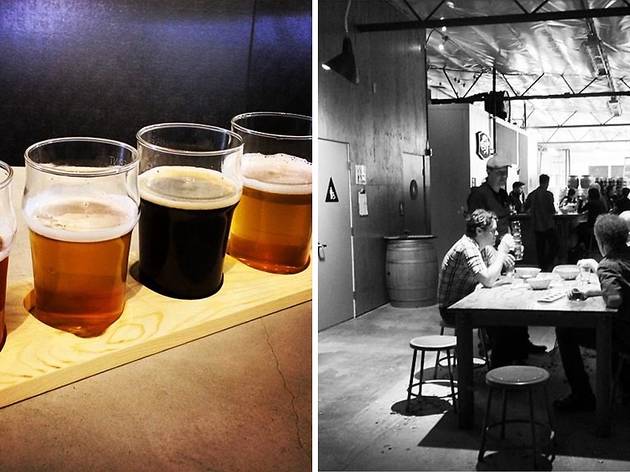 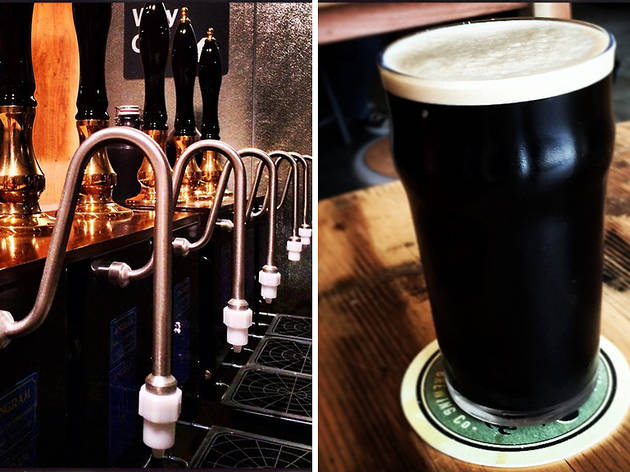 Full disclosure: when it comes to beer, this reviewer is a bit of a philistine. Sure, I can tell the difference between a stout and a lager, but a beer snob I am not. So when it came time to visit MacLeod Ale Brewing Co., a local brewery in Van Nuys specializing in “real” British-style ales, I enlisted the help of the toughest critic I know: my Grumpy English Boyfriend. As we made the drive to the Valley, G.E.B. was intrigued but skeptical. “American IPAs are always too hoppy,” he groaned. As it happens, the brains behind MacLeod Ale are Scottish—well, one half at least.

Owners Alastair and Jennifer Boase know a thing or two about “real” ale, so unlike most American IPAs, MacLeod’s small-batch brews are not overly hoppy. They’re made with imported English grains, naturally carbonated, cask conditioned and served at cellar temperature straight from the casks they were fermented in. In addition to serving some of the best cask beers in LA, MacLeod also offers a vast selection of draft and nitro beers. After getting to know their distinct brews, you can consider this heathen converted.

Good for: Expanding your palate while hanging out with friends and making new ones. For local beer drinkers, MacLeod offers a taste of something different in a laid-back, friendly atmosphere. For British expats, it’s quite possibly the only place in LA you can get a proper pint.

The scene: A multigenerational crowd of beer snobs and newbies alike gather in MacLeod’s garage-like taproom. Parents and their grown offspring sip pints and play board games and darts in full view of the brewing equipment, while the LA Beer Hop bus drops off loads of thirsty booze tourists. Some men are inexplicably wearing kilts, because why not? MacLeod currently isn’t licensed to serve food, but if you’re hungry, they’ll provide a list of local take-outs who deliver to the brewery—as long as you don’t mind people eyeing up your pizza.

The playlist: Alastair is from Scotland, and both he and Jennifer are bagpipers, so you can expect a reasonable amount of traditional Celtic music, with some rock, pop and soul to take the edge off.

Drink this: All of MacLeod’s pints are priced at a reasonable $7, with beer flights available for those who fancy a bit of everything. Little Spree, a Yorkshire Pale Ale, is a good place to start your re-education. Refreshing and light, it’s a far cry from your typical American IPA. Next, go for a Session Gap. Billed as an “ordinary bitter,” it’s neither—subtle and smooth, the ale is authentically English as anything you’d get the other side of the pond. After that, try the King’s Taxes, a mild Scottish ale with a dark chestnut color and a sweet, malty finish. (G.E.B.’s verdict: “Holy shit, that’s good.”) Then there’s Jackie Tar, MacLeod’s obligatory stout. It takes you by surprise with all the right notes of nutty, coffee, chocolatey goodness.