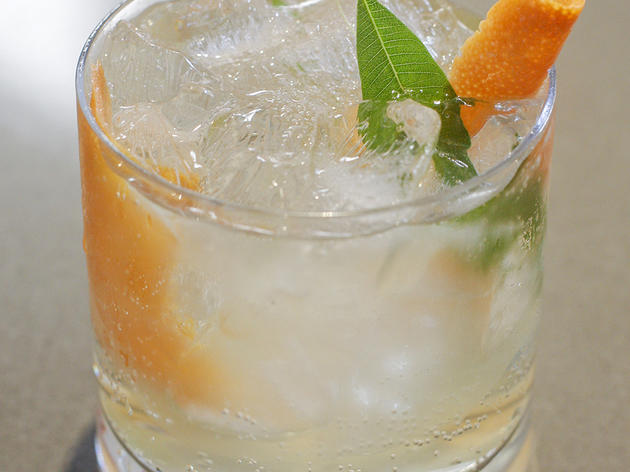 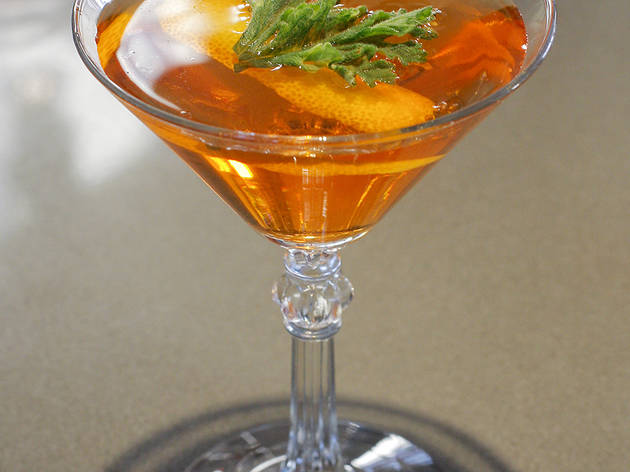 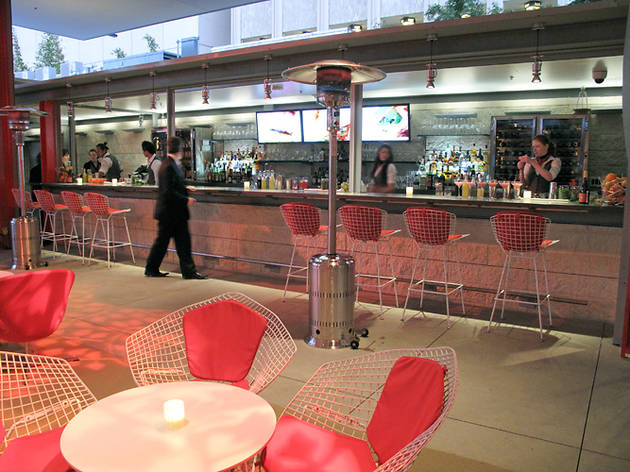 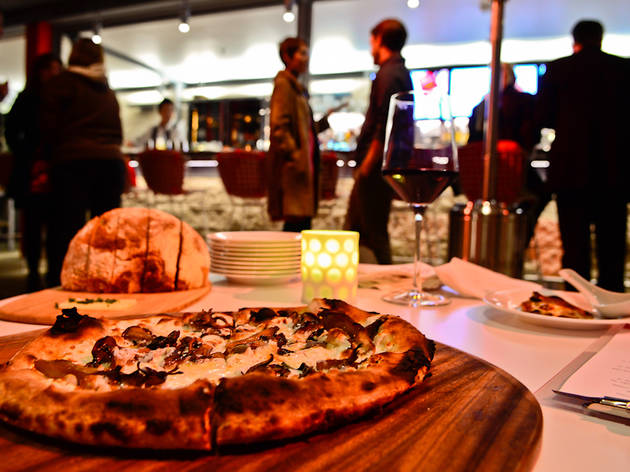 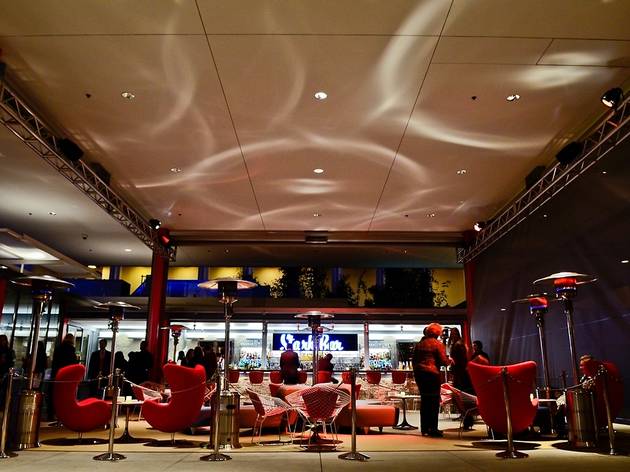 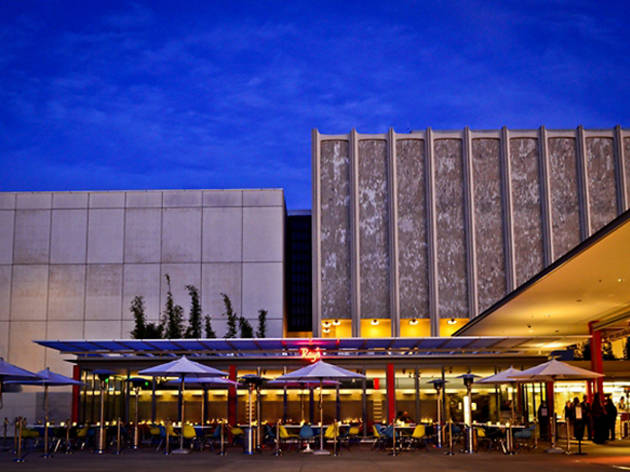 Museum food and drink never have been much to Yelp about, but that's changing with Stark Bar, the sleek outdoor bar and lounge next to it’s sister restaurant Ray's at LACMA. Given it's 1960s-style aesthetic, Don Draper would feel right at home ordering his signature Old-Fashioned, or, if he felt so inclined, a creative cocktail from the impressive drink menu that also includes choice spirits, craft beer and an extensive wine selection. To nibble, chef Kris Morningstar offers a smaller, simpler menu of Ray's Mediterranean-esque food. Thus, you have wood-fired flatbreads with San Marzano tomatoes and Taggiasche olives, meaty bone marrow with a cool salsa verde and desserts like a panna cotta with plump, sweet berries that may remind you of one of the Miro's hanging inside the museum. Not a bad way to wind down after spending the day analyzing the Art of the Renaissance, or a 340-ton rock.

Good for: The bar is a great place to swap notes on the latest exhibit before or after exploring the museum. For those who work in and around Mid-City West, it's also a convenient spot to cap off your day with an excellent cocktail (or two).

The scene: Drinking outside has never felt so classy. With its distinctly colored chairs and low tables, the bar feels like a chic living room that's been displaced outdoors. The crowd is an eclectic one—designer-spected culture vultures, well-heeled women and men meeting for business or pleasure and the occasional out-of-towner trying not to look overwhelmed.

The playlist: What goes better with cocktails than jazz? Until the end of November, LACMA hosts weekly Friday night jazz with live performances in the adjacent courtyard.

The bartender says: Stark Bar is named after Ray Stark, the legendary producer of tearjerker classics like Steel Magnolias and The Way We Were. It's only right, then, that a few cocktails are created in honor of his most memorable films. Mixologist (and Ray’s sommelier) Paul Sanguinetti focuses on handcrafted, seasonal cocktails, which pair well with the food menu's emphasis on fresh flavors.

Drink this: The G-Funk Era ($12)—the name pays tribute to Sanguinetti’s penchant for hip-hop—is made with the bar's homemade gin, Fever Tree Tonic, bitters and grapefruit peel. If you're overwhelmed by the hefty drink menu, simply choose your favorite spirit, and your barsmith will make you exactly what you didn't know you wanted.