When it comes to speakeasies, North Hollywood's Salon is about as real as it gets

In L.A.’s growing speakeasy scene, there’s a collective drive toward authenticity: presenting a genuine, impeccably accurate Prohibition-era environment so detailed that it sends a 21st century drinker back in time. Which leads us to a small, wondrous operation hidden on the third floor of a North Hollywood building. Salon, two floors above the Federal Bar on Lankershim Boulevard, is a room right out of a Fitzgerald novel: plush leather sofas, cast iron side tables, velvet drapes. Soft edison lighting falls on a baby grand piano, a false bookcase, an old chess board and old photos hanging on an exposed brick wall. Velour wallpaper begins near a dark wooden island bar where a young mixologist (the only modern fixture in the bar) is serving up classic drinks and innovative, original concoctions.

Salon is the brainchild of Damian Windsor, one of the most respected barmen in the game who’s tended at Cliftons, Seven Grand, the Roger Room and the Warwick, among others. Windsor uses no advertising, no signs that acknowledge Salon’s existence. You won’t need a password, just an escorted walk up a back stairway. Often the setting for private parties, reunions and spillover from the concert hall in the next room, the vibe is unpredictable. On quiet nights, Salon is nothing more than L.A.’s most authentic speakeasy.

Salon is an experiment in opposites.The brooding colors and low lighting create a warm, sophisticated feel reminiscent of an aristocrat’s living room where imbibers speak in hushed tones over the sound of rolling cocktail ice cubes. At times, however, the dance music from next door, or from Salon’s occasional DJ, generates a trendy, club atmosphere. Both are equally possible, and both work. Some nights Salon is a cocktail hunter’s best kept hideaway. Other nights it pulsates like a singles party. Come for one scenario, but be prepared for the other.

Good for: Classic cocktail appreciation in a must-see environment. Come early for intimate conversation. You’ll have your choice of elegant sofas, the chessboard table for two, six bar stools or bar counter seats up against the velour wall. Take in the decor and talk spirits with the bartender or other patrons who came for the same experience. Come later if you’re open to mixing it up with strangers and maybe dusting off your dance moves.

Drink this: Salon’s focused, two-sided cocktail menu includes classics and signature variations along with appropriate glassware icons next to each drink. The Pearl Button ($13) is a sweet frothy concoction on crushed ice in a wine glass. The egg whites and seltzer water create a unique texture, while the rum, lemon and Cocchi Americano blend in a refreshing sweetness. The Tequila Por Mi Amante ($12) is a simple blend of tequila blanco and a strawberry-flavored vermouth called Chamberyzette. The Eastern Sour ($12) is Salon’s complex spin on a whiskey sour. Also sweet and in a wine glass, the orgeat and bitters really come out to play while the smell is of the tartest berry for a truly captivating blend of sweet and savory. Salon also serves a red and white wine, two bottled beers and the most sought after bourbon on the planet, Pappy Van Winkle, $20 for a glass of 10-year an $45 for a glass of 12.

Reservations are a good idea. At the very least call ahead so a private party doesn’t derail your plans. The large lot behind the building offers valet parking but free street parking abounds on Lankershim and adjacent side streets. 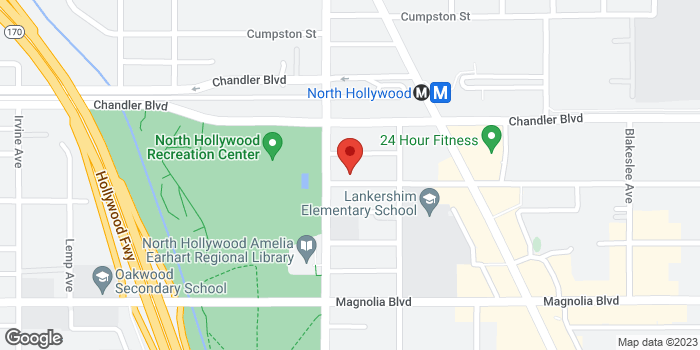