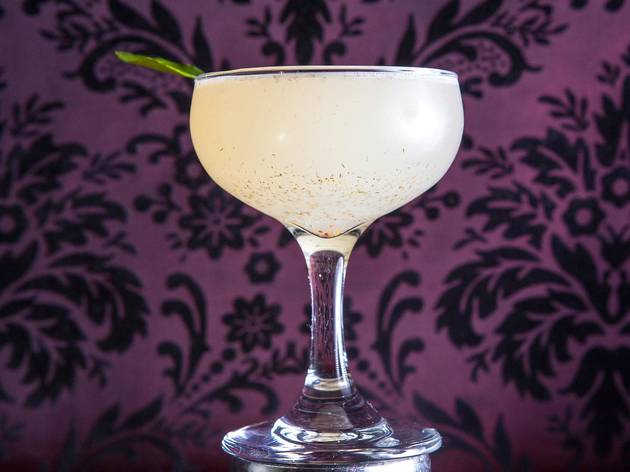 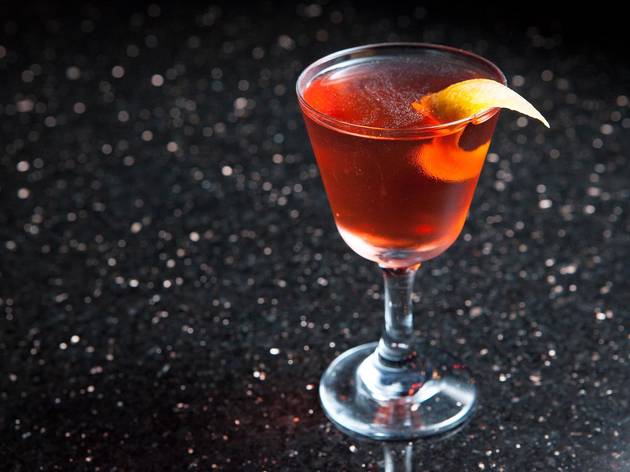 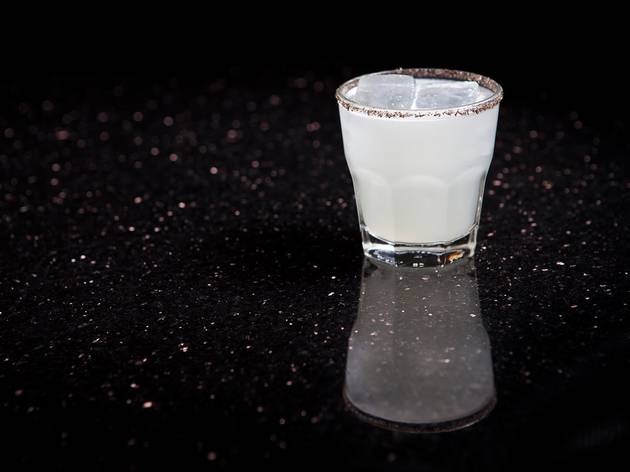 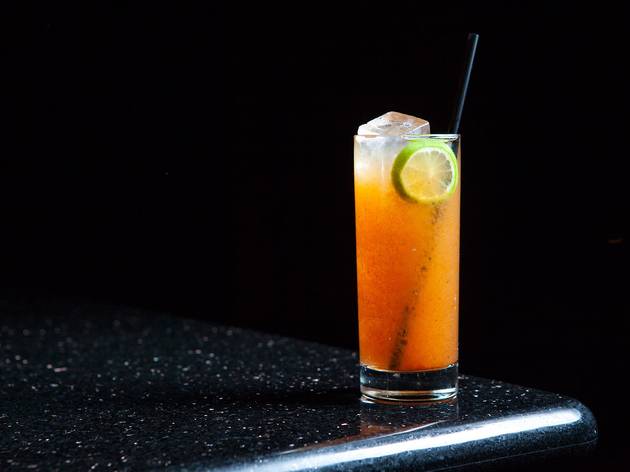 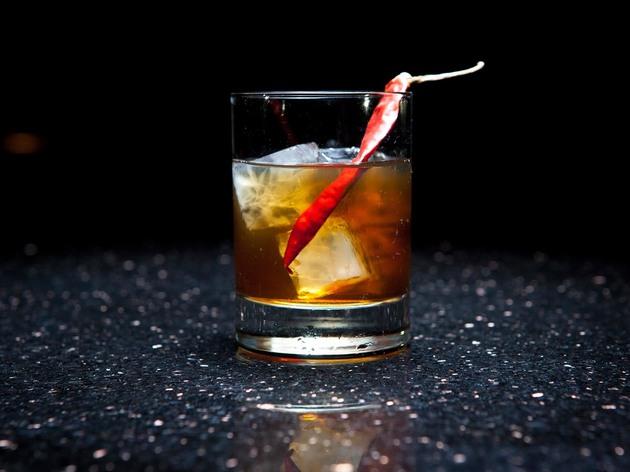 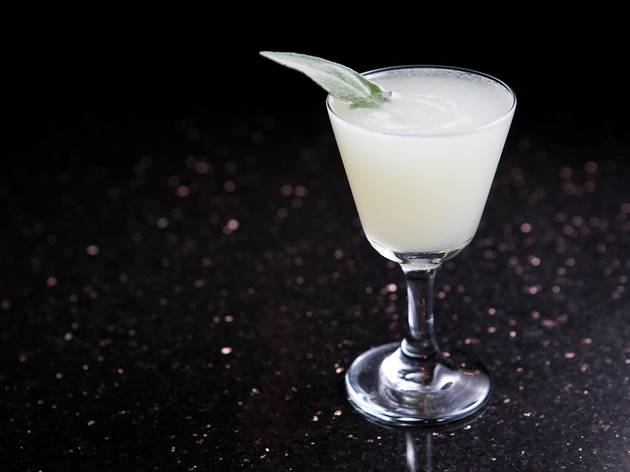 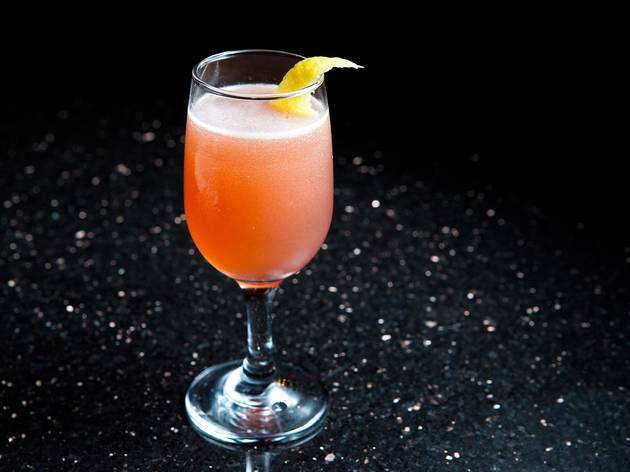 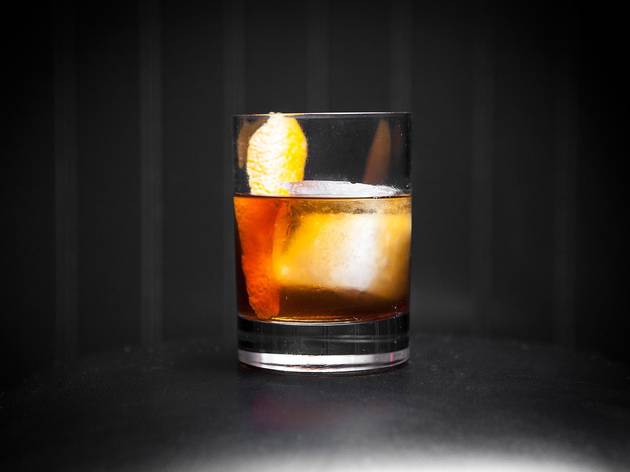 8/17
Photograph: Jakob N. LaymanThe Root of it All at The Copper Still 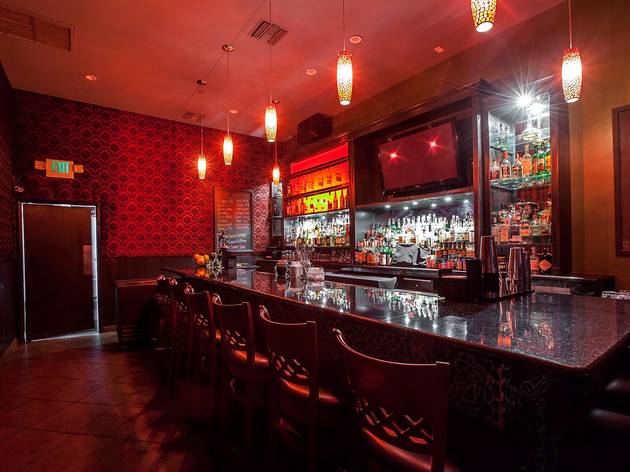 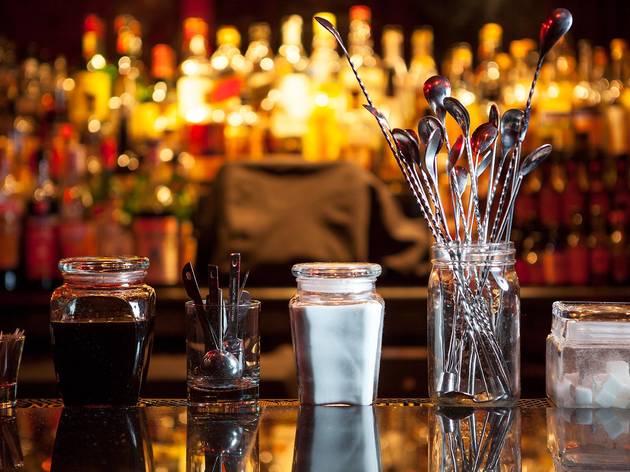 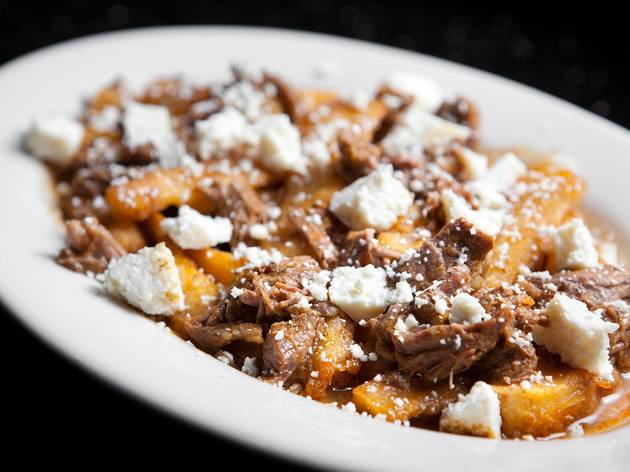 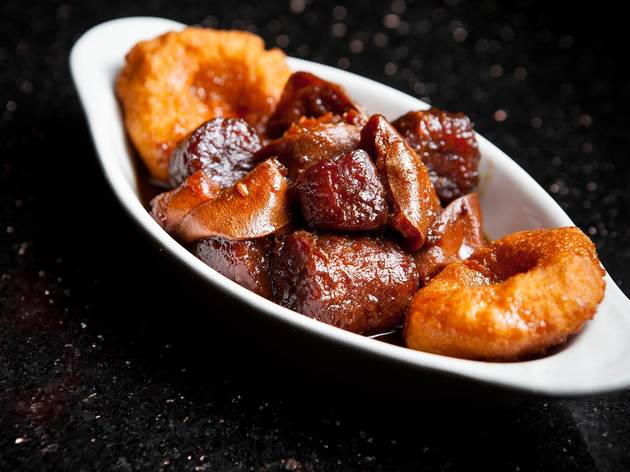 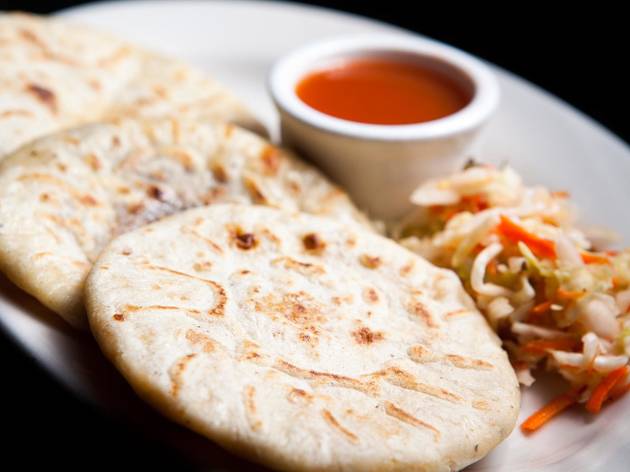 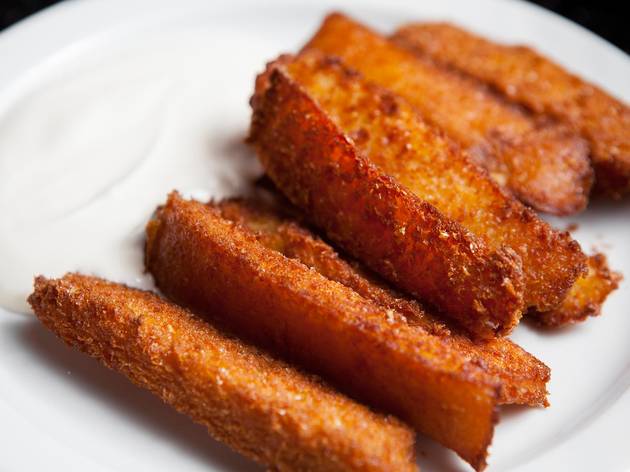 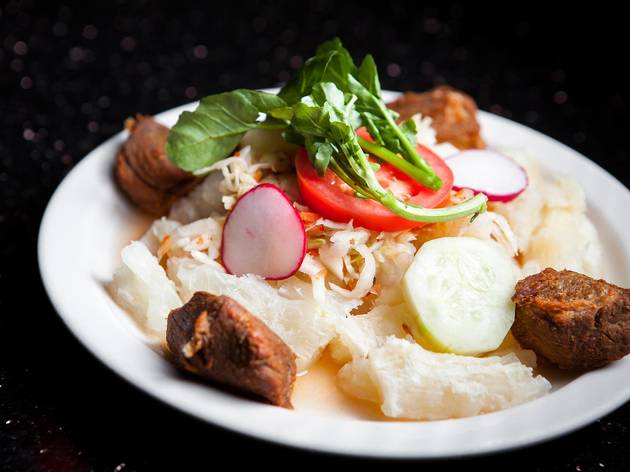 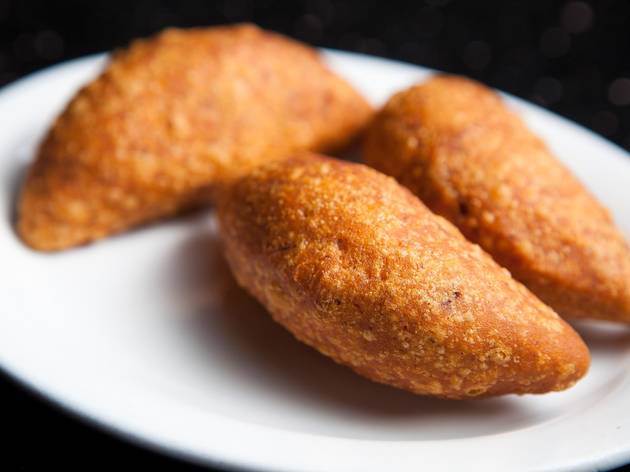 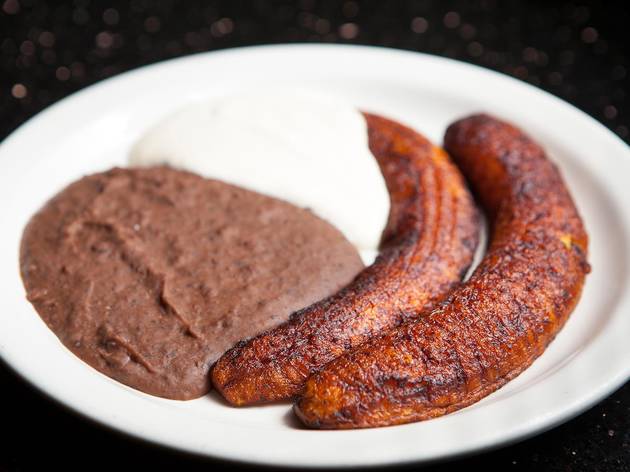 17/17
Photograph: Jakob N. LaymanFried plantains with beans and crema at The Copper Still

At the back of Jaragua, a casual Salvadoran restaurant on the border of Hollywood and Koreatown, hangs a heavy velvet curtain. On the other side is a snug, pre-Prohibition era booze den bathed in a dappled red glow. There are no secret passwords or special numbers required, but the space is coveted—with only 15 seats available, you'd better plan your visit in advance. The best part? Some might argue the private parking lot, but the real clincher is that the exciting swills here start at $8. Beverage director Nancy Kwon goes as far as hand-peeling tamarind pods, then boiling the pulp for her deliciously tangy Spicy Mamacita ($8), a powerful drink made with reposado tequila and extra hot cayenne pepper. She stirs and taste tests each and every one of her classically crafted swills, including a version of Negroni called the “Carioca” made with Avua Prata Cachaca and Luxardo Bitter. Patience is a virtue at the Copper Still, named after the method by which alcohol was made more than 200 years ago. This is slow drinking at its finest, so you might as well order some papusas while you wait.

Good for: Grabbing some next-level and next-to-nothing Salvadoran snacks and drinks after work with friends. If you’re looking to get in and out, this is not your place. Service is slow, but you’re guaranteed one-on-one with the cocktail mastermind herself; Kwon personally delivers each immaculate creation. Keep in mind that the bar is only open evenings Wednesday through Sunday.

The scene: It’s a local's joint, though I’m not sure where patrons are coming from since the bar is located on the edge of K-town with nothing but a Christian academy as its nearest landmark. It must be Kwon that brings them here. Young patrons dress casually; no one’s looking to impress, so leave your heels at home.

The playlist: The sound system at the Copper Still is a bit dated. Popular Coldplay, Keane, and The Killers tunes creeping through the speakers come out muffled. That and the silent Charlie Chaplin films playing on a single TV make having a conversation easy.

The bartender says: Kwon appreciates a good buzz, hence her kick-in-the-tush Spicy Mamacita. She recommends ordering one when you’re just a tad tipsy. At that point, she says, the uber spicy cayenne pepper goes away, and you’re left with a nice head tingle from the tequila. If you happen to be seated around the bar, ask to try a tamarind pod. The pulp tastes like candy.

Drink this: A smooth and refreshing blend of Bulleit bourbon, lemon juice, Luxardo Triplum dry orange liqueur, and aromatic bitters make the Southern Daisy ($10) a great choice. It's citrusy, but lacks the harshness of a typical bourbon swill. And don’t wait for desert to order the boozy Horchata ($8), made with two types of rum, house-made horchata and fresh ground nutmeg. It’s not overly sweet, and the drink will be gone before you know it. Heads up: Between the dim lighting and the wrong choice of font, good luck reading the drink menu. Your best bet is to either go directly to Kwon or read the chalkboard for specials and beer: Duvel Golden Ale, Stone IPA and Stella Artois were on tap during our visit. They make good papusa companions, as well.