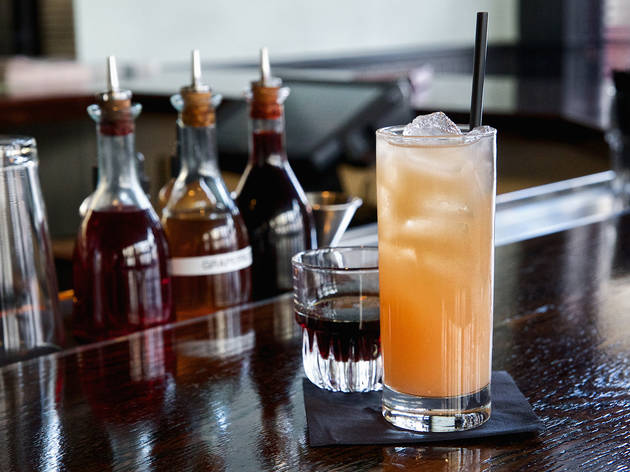 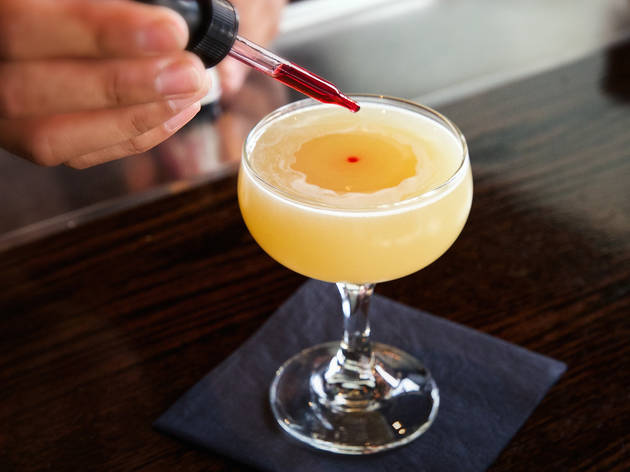 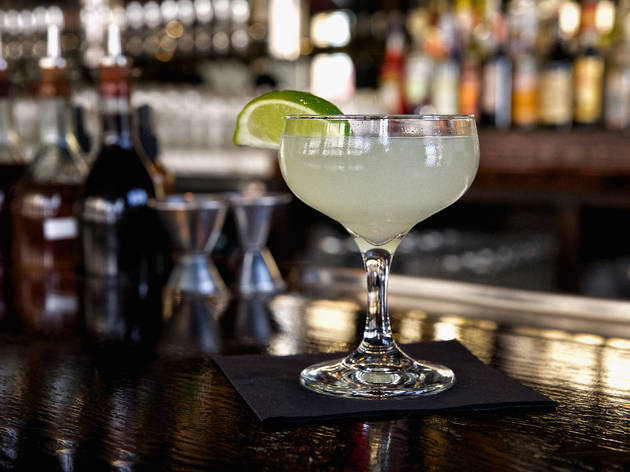 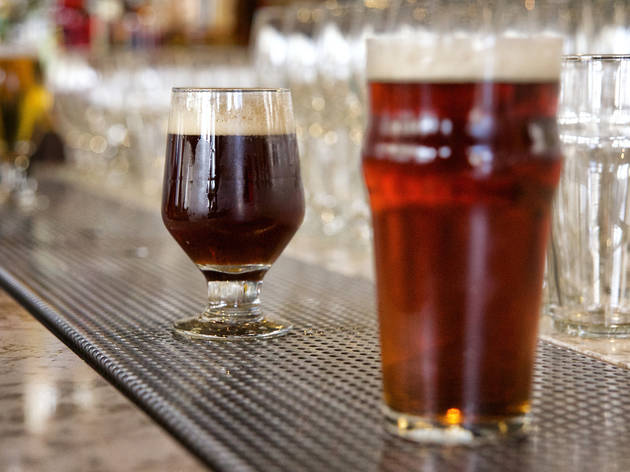 4/9
Photograph: Ryan TanakaBeers on tap at The Greyhound 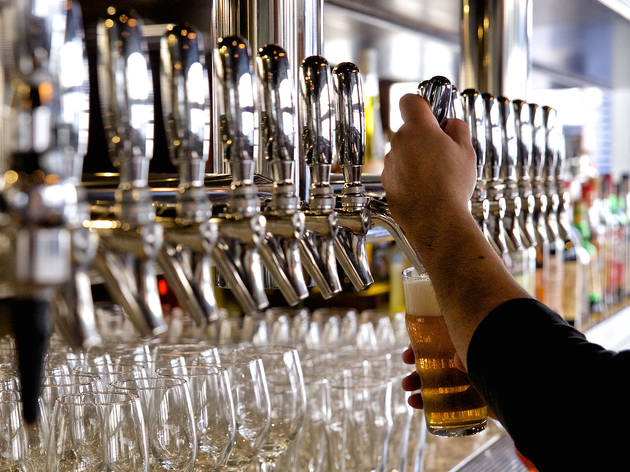 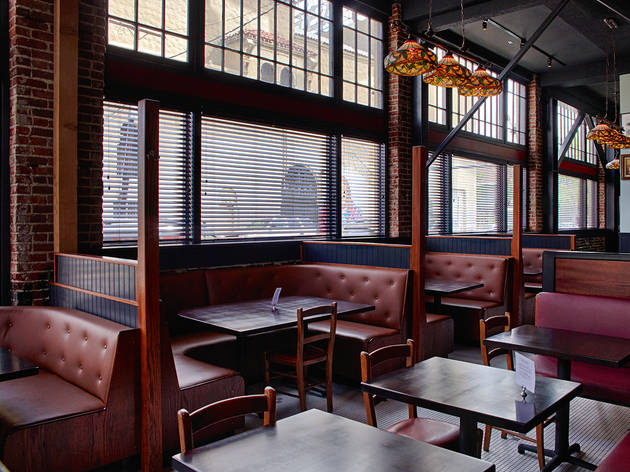 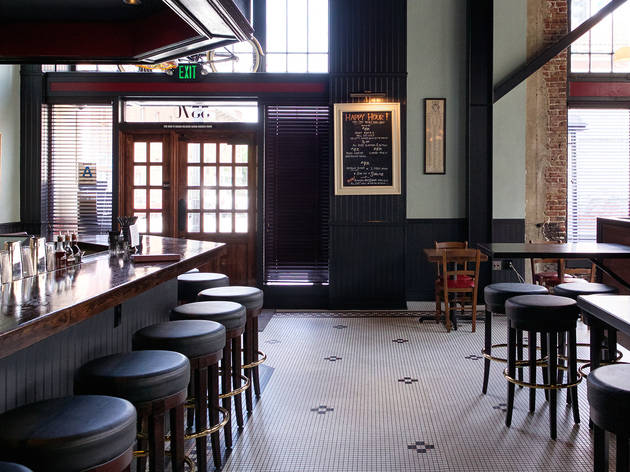 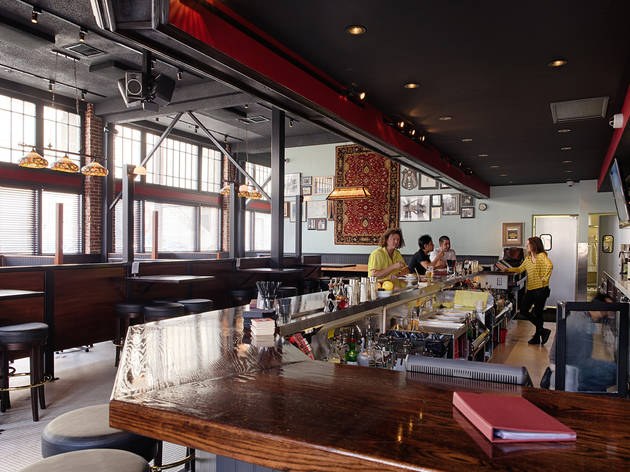 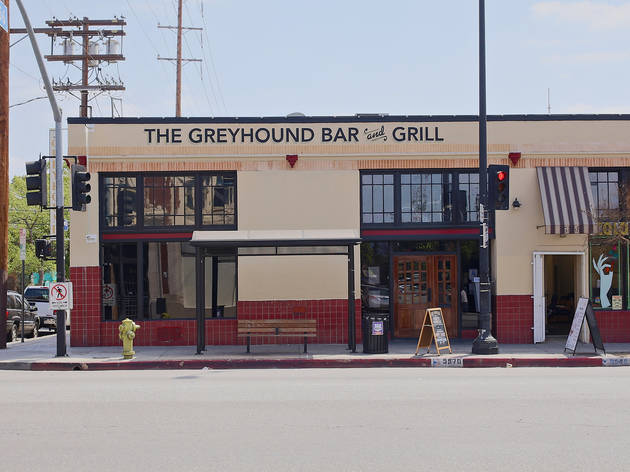 In the battle for gentrification, there is perhaps no ground as hallowed as Highland Park. Simply put, this little east LA neighborhood is so hot right now. A couple blocks down from La Cuevita on Figueroa is the latest entry to the local “cool” contingent, The Greyhound Bar & Grill. We had high hopes for this new joint, which was billed as an unpretentious pub, but unfortunately falls short on both counts. A telltale symbol of the changing landscape, The Greyhound sits on a space formerly occupied by a pupuseria. Now, instead of Salvadoran pockets of grease and cheese, you can pay $11 for a tiny cocktail with a side of mediocre American bar food. While the exterior looks promising, the interior feels more like a classed up sports bar—not that there’s anything wrong with that, but it’s certainly a niche that other neighborhoods seem to fill just fine. The vintage tiled floors are a nice touch, as are the exposed brick walls, but the tchotchkes and Tiffany lamps evoke a regrettable Applebee’s vibe. However pure its intentions, The Greyhound seems to be suffering an identity crisis.

Good for: Watching the Lakers or Clippers with a craft microbrew. With 20 on tap, you’ll certainly be spoiled for choice, and the bartenders are friendly and helpful in offering some direction.

The scene: Bearded men with side parts and newsboy caps rub shoulders with laid-back girls in parkas, portly 30-somethings and the fashionably unkempt. We know what you’re thinking, and we’re not gonna say it—you can keep that played out “H” word to yourself. There’s a definite Midwest thing going on, which makes sense, considering one of the owners is a Cleveland transplant.

The playlist: Pre-8pm, you’ll hear a rotation of standard tunes of the time, from Beach House to Alabama Shakes. On Thursday evenings, The Greyhound hosts a DJ night, where you can presumably shake your booty (or at least rhythmically nod along) to R&B, soul, hip-hop and trip-hop.

The bartender says: The concept behind The Greyhound is that there is no concept—just straightforward, unpretentious good food and drink at an affordable price. This script would work were it not for the immediate irony of the $12 plate of gelatinous chicken wings or the fact that the beers seem to be served in anything but a standard pint glass. (It should be duly noted that none of this is the bartenders’ fault.)

Drink this: As one might expect, the bar menu at The Greyhound is built around the classic grapefruit cocktail of the same name, with most drinks containing at least one grapefruit element. This idea is good in theory, but unfortunately imparts a lasting bitterness into each sip, made worse by the acetone fumes wafting in from the nail salon next door. Luckily, not all of the drinks suffer this fate, among them the refreshing Figueroa Daquiri ($10) with Matusalem rum, St. Germain, Dolin Blanc, Lillet Blanc and lime; or the Hippie Flip ($12), a tequila sour with Cielo Roja bacanora, tequila, grapefruit, lime and fresca. The obligatory Mateo’s Greyhound ($9) keeps it simple with Plymouth gin and freshly squeezed grapefruit juice, but with two ingredients, it’s kind of hard to botch.