NY-style pizza and a hefty whiskey selection don't make up for the Nickel Mine's bro-y atmosphere and mediocre cocktails.

The clamor of beer-chugging students from a block away should immediately signal that this isn’t going to be a mellow night out—stepping inside the Nickel Mine is like walking into a well-maintained frat house. There’s free WiFi, a bookshelf chock-full of novels no one is reading, communal tables covered in board games and 20 mounted flat-screen plasma TVs beaming non-stop NFL, NBA, MLB, NCAA, NHL and UFC. There are sports playing everywhere you turn, along with some scantily-clad servers. Muster up the willpower of a 21-year-old and scour the packed-to-the-gills space for a place to plant yourself for the evening. The cozy two-tops lining the open-air perimeter (thanks to floor-to-ceiling windows) are already occupied by couples, while the bros have taken residence in every available diner-style booth. Your best bet is the bar, where a world of big-ticket whiskey and neon cocktails await. It’s hard to believe this was ever a classy Italian joint (Il Grano) when there’s a drink called Kiss Me, TEAse Me. Then again, nothing can prepare you for the bar’s greatest hit: The Last Night of Summer, a $13 light-up vodka-watermelon beverage that comes with its very own LED ice cube (which you cannot keep). After playing all those rounds of Jenga, you’ve probably worked up an appetite. Don’t $12 chicken wings sound really good right now? How about some $12 creamy parmesan spinach dip? Sure it’s pricey, especially for a pseudo-college bar. But dude, you’ll be so wasted you won’t even care how much you just shelled out for that airport-grade Caesar salad.

Good for: Those looking to relive those good old college days, which for Nickel Mine's regular clientele have just begun. Located halfway between UCLA and Santa Monica City College, the bar is teeming with exposed midriffs and tight deep-V’s who come for the extended happy hour ($4 draft beer and well cocktails until 8pm), and stay until the buzz wears off. At which point, they end up spending more than they probably would have liked. At least there’s no cover charge.

The scene: While the crowd skews young, there’s still plenty of sports-loving locals well over the legal drinking age who can ignore the fact that they charge $8 for a 10-ounce pour of IPA, because to them 20 TVs of live games and $3 slices of authentic New York-style pizza made fresh out of an artisanal Italian pizza oven is heaven. Plus there are some good-looking people here, so that’s always a plus.

Drink this: Whiskey. The Nickel Mine has at least 50, with an emphasis on West Coast distillers. The best bang for your buck is the Woodford Reserve Kentucky Straight Rye or the High West Double Rye—both $10 for a dram. As far as cocktails go, Kiss Me, TEAse Me—a frothy and mild blend of gin, tea, apricot and lemon—is served in a teacup, so that’s fun. It’s probably the most popular item on the menu, aside from that Last Night of Summer drink which you should avoid at all costs. If you are looking for something sweet and smoky, get the Mezcal, Dark and Handsome ($13), a deceivingly boozy mix of mezcal, sherry and almond served in a chocolate-lined martini glass, so it doubles as dessert.

Our tip: Call to make a reservation. It’s a seat-yourself situation, so most patrons don’t know this. But it gets busy, and you'll want your own nook. 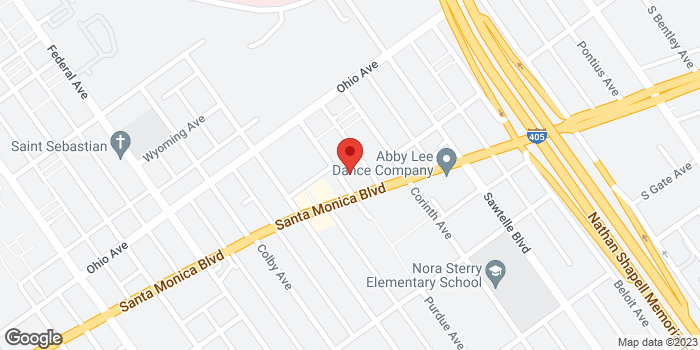