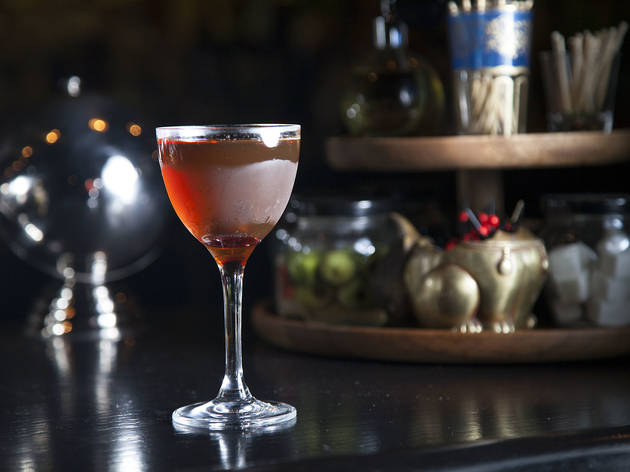 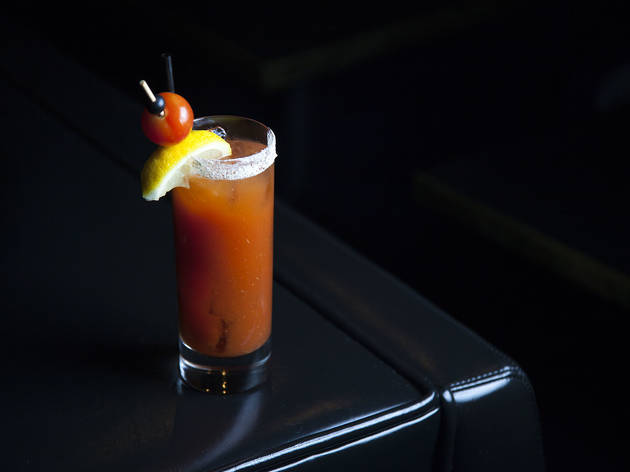 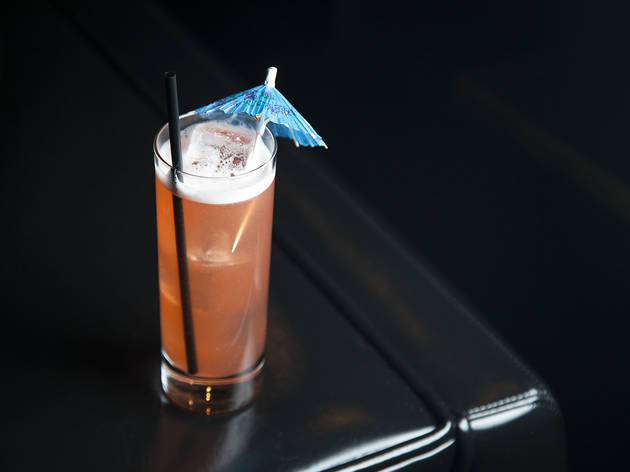 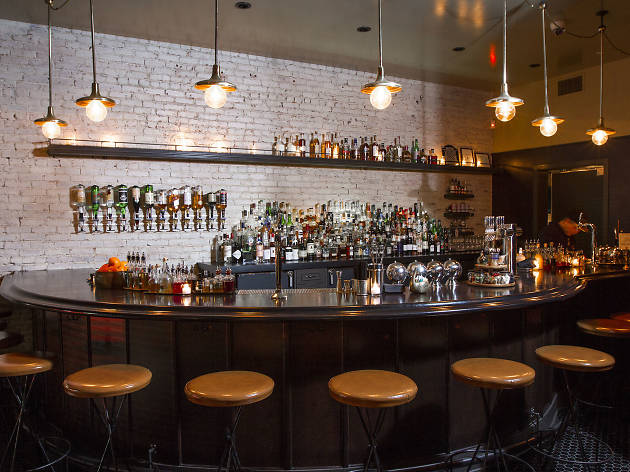 This dark and sexy saloon from booze giants Proprietors, LLC and 213 Hospitality, nestled in the rehabbed Hotel Normandie, is a testament to Koreatown’s budding cocktail renaissance—one that’s fast becoming an alternative to Downtown. Instead of going the stuffy cocktail-snob route, the guys behind Honeycut and Seven Grand cleverly chose to breathe new life into the classics. Here, quaffs run the gamut from a farm-to-bar Bloody Mary ($13) to a coconut-almond Old Fashioned ($13)—designed not to scare away the casual imbiber. Bespoke tipplers can ditch the menu altogether and order a concoction tailored to personal preferences. Then again, don't be surprised if your new favorite libation is the Tattle Tale ($13)—a double scotch-and-bitters mix that will put you in a haze for the rest of the evening. Low lighting, intimate leather booths, and an all-around New York City sensibility (very Death & Co.) make you feel like an insider, and a really comfortable one at that.

Good for: Fans of classic cocktails. But don’t worry: the menu isn’t ten pages deep. Normandie Club-goers can expect a tidy list of seven old-school goodies—drinks most folks would recognize, like the daiquiri, Collins and Manhattan—all whipped up without the teeniest bit of pretension. For your best time, make sure to get in early and keep an eye out for open banquettes. Booths take up most of the room; if you don’t snag one, you’re stuck huddled in a stiff crowd around the bar. If you do manage to get a seat, the dim lighting and strong drinks set the tone for some uninterrupted necking. Friendly reminder: You’re at the bottom of a hotel and a bed isn’t far.

The scene: The vibe at this neighborhood watering hole often teeters on sceney. A scattering of former hipsters and laid-back locals get in and out before 9pm. That’s when fedora-wearing, spec-sporting twenty-somethings move in. Dress code is LA casual—even on a Saturday night—and serves as a reminder that this isn’t Downtown.

The playlist: The music selection is as eclectic as the crowd. We’re talking gems like K-Ci & JoJo’s “All My Life” and George Michael’s “Freedom” played unashamedly loud. It feels like people should be dancing, but there’s no dance floor.

Bartender says: This place gets crowded. If you are the sort of person who thrives on standing shoulder-to-shoulder with thirsty bar-goers, then make this the last stop of your night. But if you want to take your time with these cocktails from the comfort of your own personal booth, you best get there early.

Drink this: The Collins ($13) is an easy-sipping, effervescent refresher of tequila, pineapple and lemon juices, campari, cinnamon and pear brandy, topped with an adorable umbrella. It’s like spring break in your mouth. For something completely unexpected, you must try the uber-savory Bloody Mary ($13)—served up and loaded with fresh tomato, celery and red bell pepper juices, lemon salt and pepper, and the Scandinavian spirit Aquavit, which is like vodka but with a dill flavor. It's funky, to say the least. In Honeycut fashion, some drinks are meant to be shared, with pitchers of various cocktails offered to larger groups. Worth noting: A page of the menu is dedicated to a spirit they are “really into right now.” On our visit, it was brandy organized by “Simple Brilliance,” “Weird Shit,” “Exceptional Liquid" and “Over-The-Top Good”—small pours ranged from Singani 63 ($5) to Paul Beau Hors d’Aged Grande Champagne Cognac ($20).