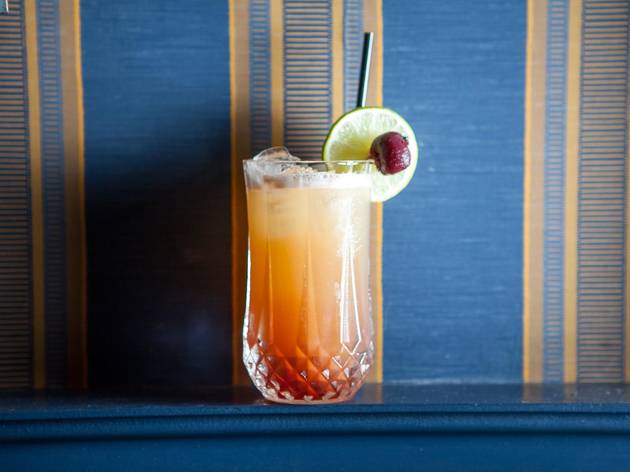 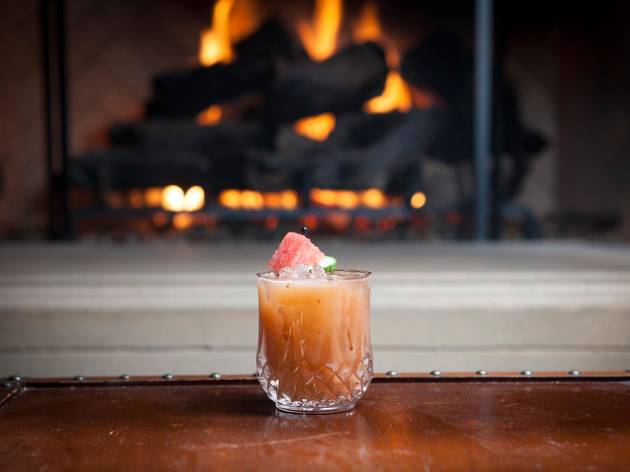 2/10
Photograph: Jakob N. LaymanLovers and Madmen at The Wellesbourne 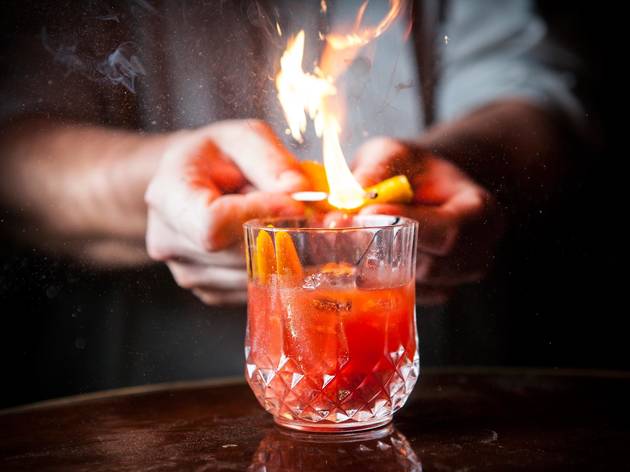 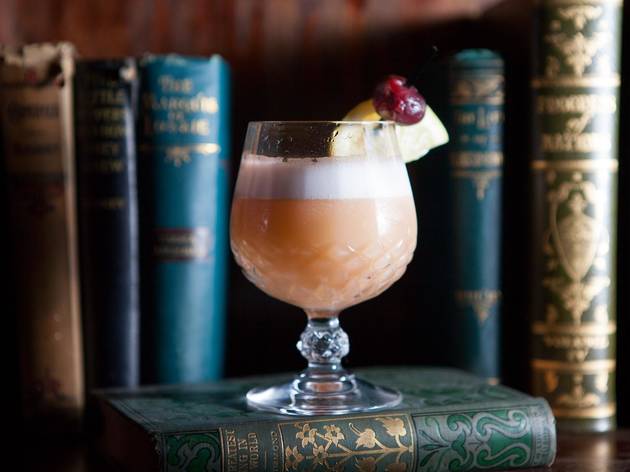 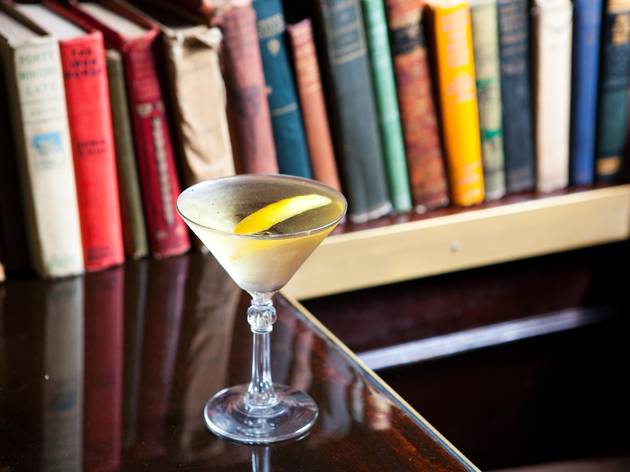 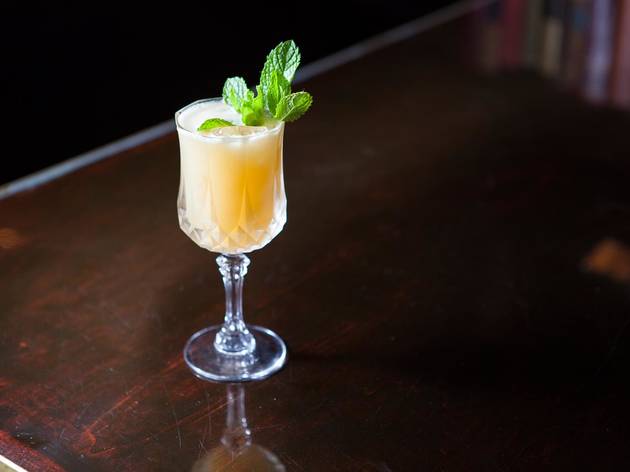 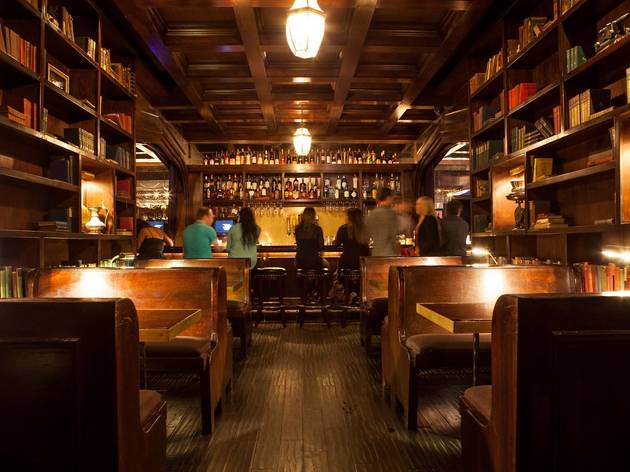 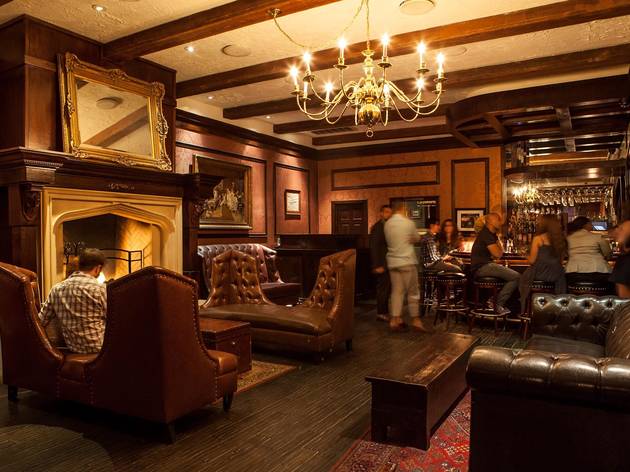 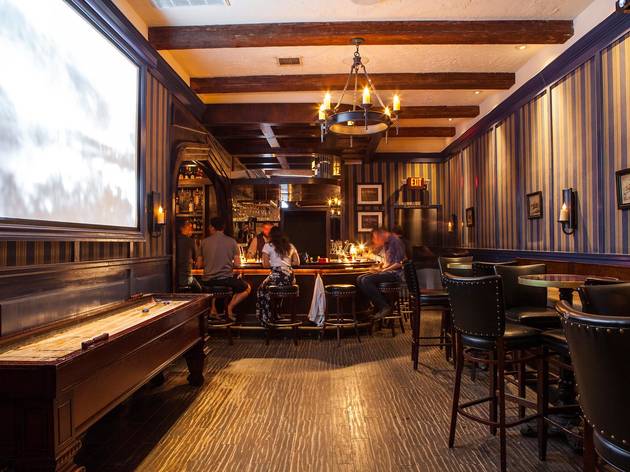 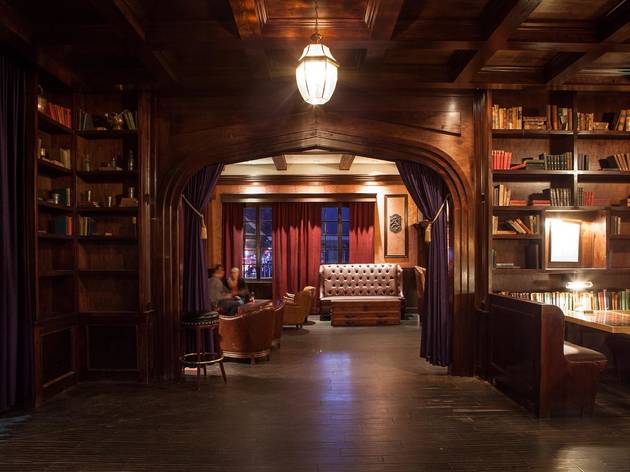 Imagine that you've been transported to a mythical reality in a place that exists somewhere between the common room at Hogwart’s and Mr. Toad’s Wild Ride. Good. Now imagine that this place serves alcohol. Amazing, right? Well, almost.

Situated on Pico near the Sawtelle district, The Wellesbourne is a bar that attempts to bring a touch of whimsy to West LA via old school English charm. On design alone, it executes this perfectly; the Tudor-style interior is laden with storybook details, from the exposed beams in the ceiling to a large stone fireplace with an elaborately carved mantle. Antique paintings and prints pepper the Bordeaux wallpaper, while tufted leather couches and high-backed chairs maintain the feel of a study in a stately country manor. Unfortunately, aesthetic does not always equal atmosphere, and here is where the fairy tale starts to unravel.

Though clearly not hurting for business, The Wellesbourne seems a victim of its own popularity. It’s certainly a crowd-pleaser, but the crowd in question apparently wants all the character of a boutique bar with all the inconveniences of a terrible nightclub. The resulting experience (to exceed acceptable usage of fairy tale puns) is just grim.

Good for: Getting an early couple of rounds in after work or before dinner, or—if you’re into that sort of thing—huddling in a cloud of Aqua di Gio while jamming to deafening club tunes from the early 2000s and flirting with a guy in a plaid fedora.

The scene: Handsome bartenders in tailored waistcoats serve cocktails to packs of bland dudes dressed in their best Friday night shirts. They hover like vultures for a spot at one of the pew booths in the book-stacked library section, two of which are occupied by couples making out; the other two by men texting their dates. And, of course, there’s that guy with the plaid fedora.

The playlist: When the evening is still young, the soundtrack is an inoffensive but loud blend of classic funk, soul and R&B. Then, like a Cinderella story gone awry, the volume goes up 10 decibels the minute the clock strikes 10, and Missy Elliott and friends take over the show. This means that dude by the bar will have to repeat himself at least three times before you can dismiss his bad pick-up line.

Bartender says: All of the cocktails on the menu are straight-forward, no twist versions of the classics, with the exception of the rotating “Bartender’s Choice,” which gives the barkeeps a chance to get creative with a different special ingredient every week.

Drink this: To The Wellesbourne’s credit, its bartenders do mix a decent drink. The Singapore Sling ($13) is one of its most popular—a sweet but sophisticated tropical drink that gets the job done with Plymouth Gin, Cherry Heering, Cointreau and Benedictine with grenadine, pineapple and lime juice. For those who like it strong and smooth, you can’t go wrong with an Old Fashioned ($12) or a Poet’s Dream ($14), a gin martini with an herbaceous touch of Benedictine and orange bitters. The star of our evening, though, was the Lovers and Madmen ($13), a Bartender’s Choice concoction featuring muddled watermelon, cucumber and mint with pisco, Grand Marnier, Cherry Heering, ginger syrup and lemon. Perfectly balanced and refreshing, it’s a shame that this tipple is only a temporary fixture.