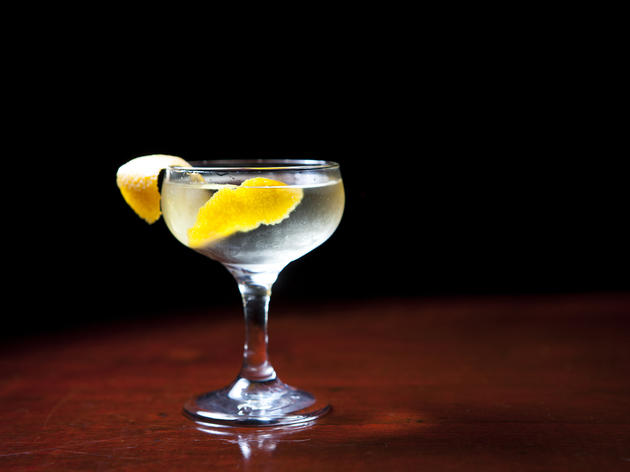 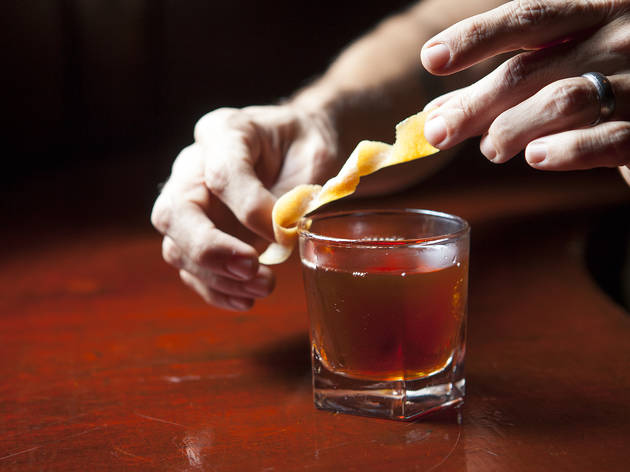 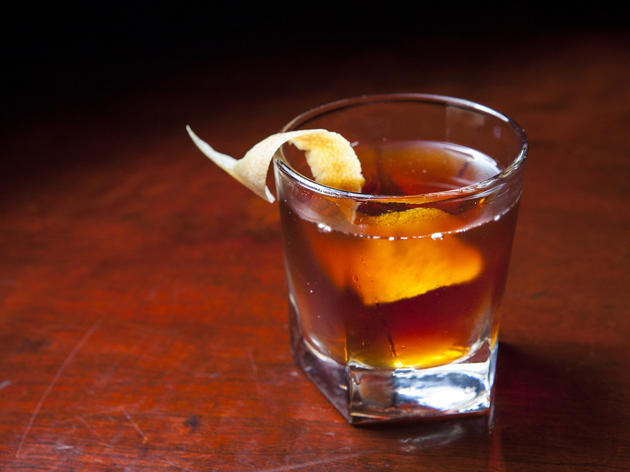 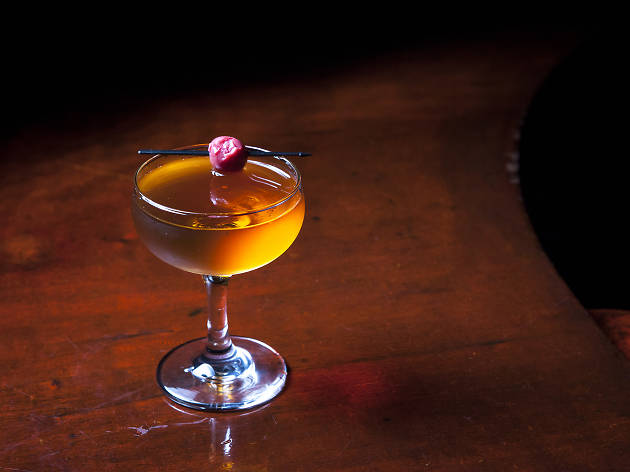 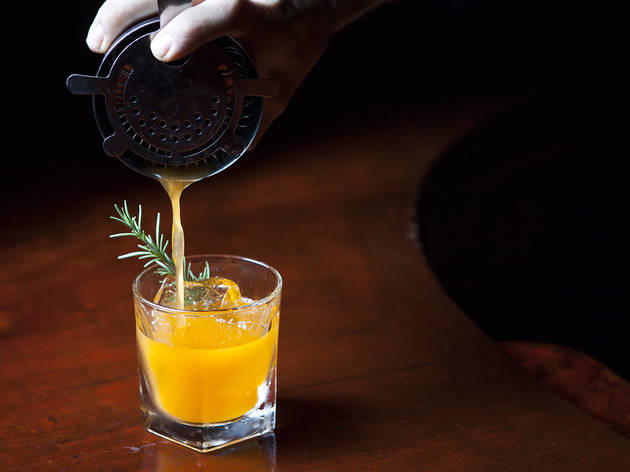 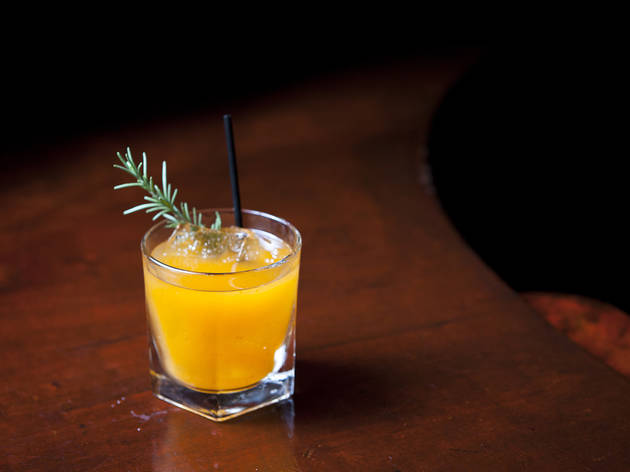 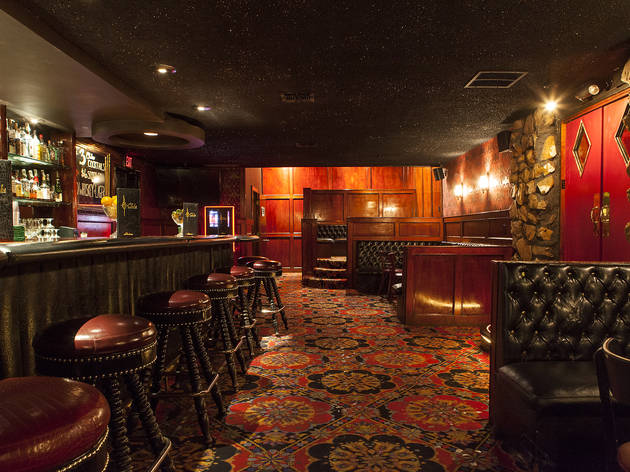 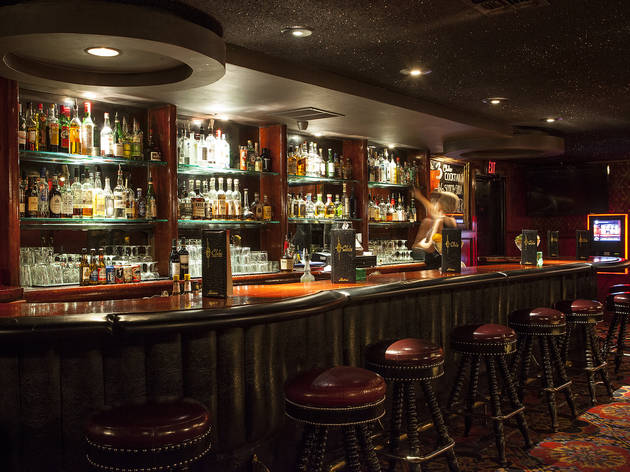 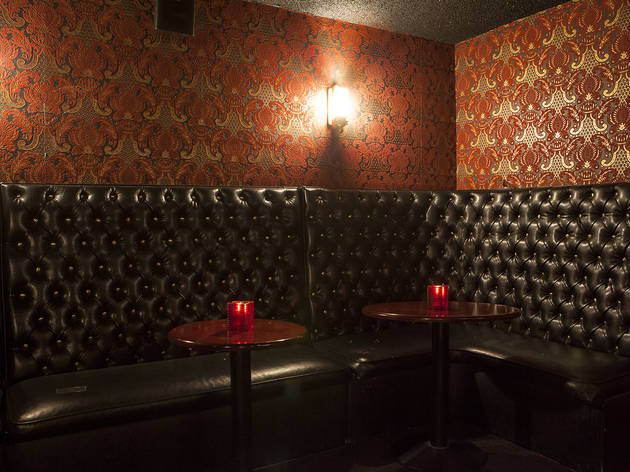 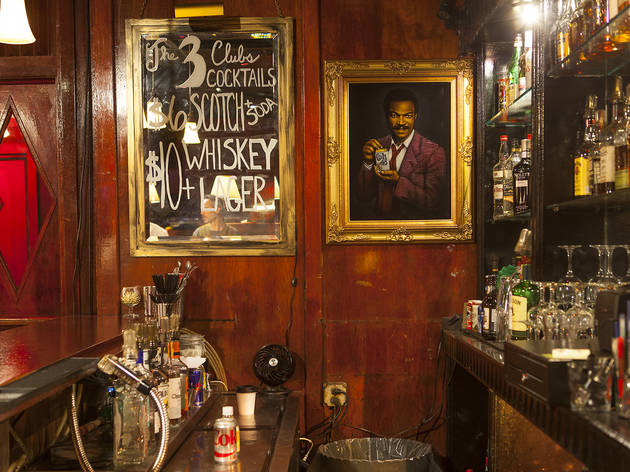 Situated a comfortable distance from Hollywood Boulevard, Three Clubs is a Hollywood bar for people who hate Hollywood bars. You could call it a dive, but that term seems to apply to any establishment that’s been around more than ten years and doesn’t have a bespoke cocktail program. Three Clubs does have a few years behind it—23 to be exact—and yet it exudes a sense of history that seems to go back further than 1991. The bar is a different facet of “Old Hollywood,” not the kind followed by the word “glamour,” but one that evokes images of washed up lounge singers in smoke-filled rooms, of rock and roll and cabaret. With its deep red interior compounded by carpeted floors, velvet wallpaper, mahogany paneling, black leather and a sparkly black ceiling, it’s an atmosphere that immediately demands a martini, but will settle for a beer and a shot.

Good for: Depending on the day and time, Three Clubs can accommodate a mild or a wild night out. During happy hour (which is every day from 6 to 8pm), there’s a laid-back, loungey vibe; as the evening progresses, you can expect anything from karaoke and live music to burlesque shows, all of which take place on stage in a side room adjacent to the bar.

The scene: It’s easy to assume that everyone here is an actor or musician, though that’s not necessarily the case. A group of 30-somethings and “older” folks in the corner look like they’ve come for post-scene study cocktails, but the gentlemen at the bar are themselves off-duty bartenders from another establishment. It’s always a good sign to know you’re drinking where the bartenders drink.

The playlist: When there’s not a live band, a jukebox in the corner plays everything from rock and roll classics and jazz to the occasional melancholy of Elliott Smith.

Bartender says: “I can make pretty much anything you want.” And if you look at the inventory behind the bar, it seems fathomable. Refreshingly, Three Clubs is not a bar run by its cocktail list. In fact, the list stays mostly tucked away, challenging patrons to use their imaginations or at least try to remember what they used to order before mixology came along.

Drink this: Drink whatever you want. Really, it’s that easy. Of course, you can’t go wrong with a martini or a Manhattan ($12), and the bartender describes her Negroni as “the best in the world,” but during happy hour, you can also get a whiskey soda (or whatever the daily special is) for $6. The other cocktails on Three Clubs’ menu are all classics, with two exceptions: the El Gallito ($12), a sort of spicy margarita made with chili paste and basil, and the Lost Hollywood ($12), a spirit-forward drink with rye, Fernet Branca, grapefruit peel and house-blended bitters.