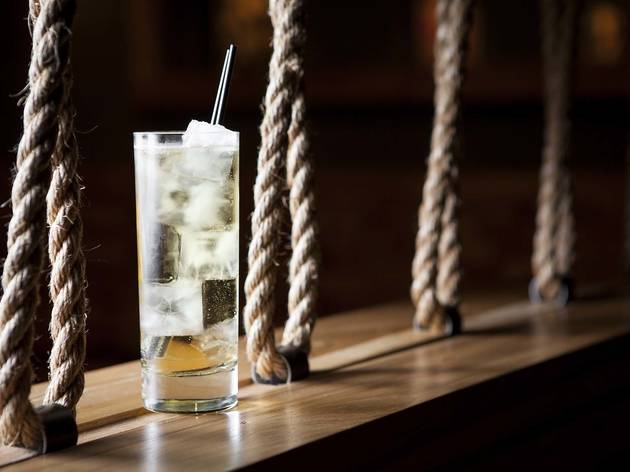 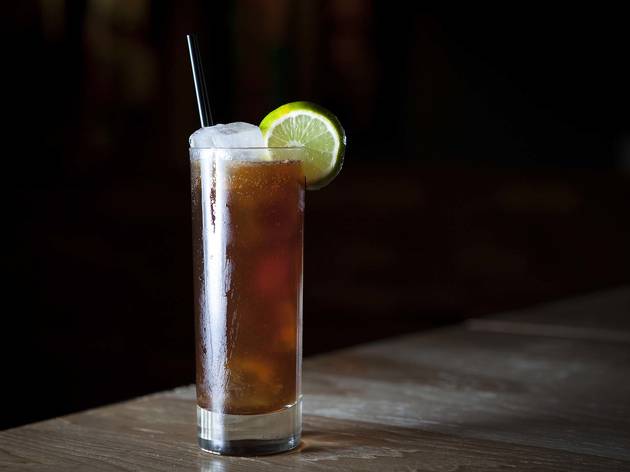 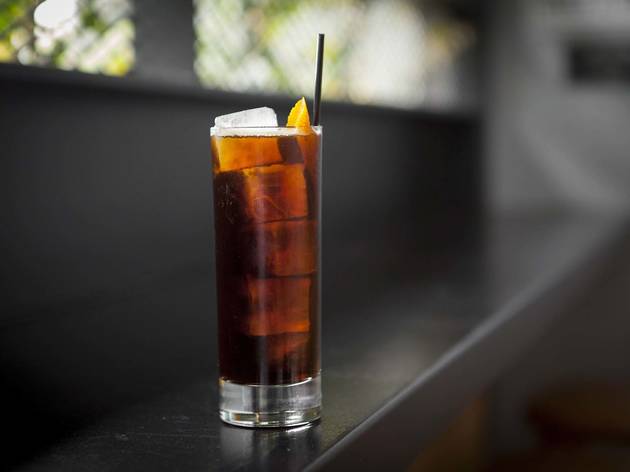 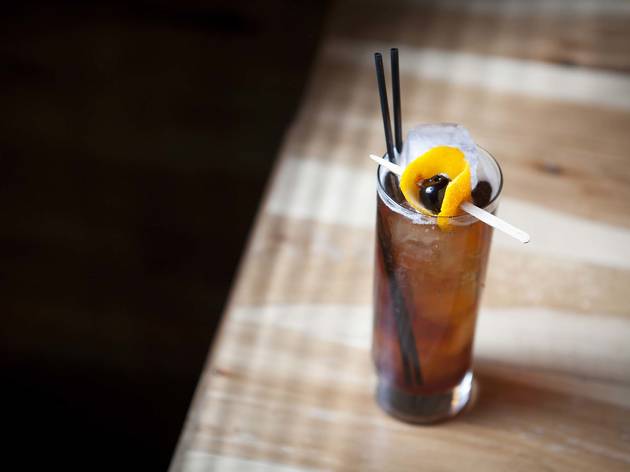 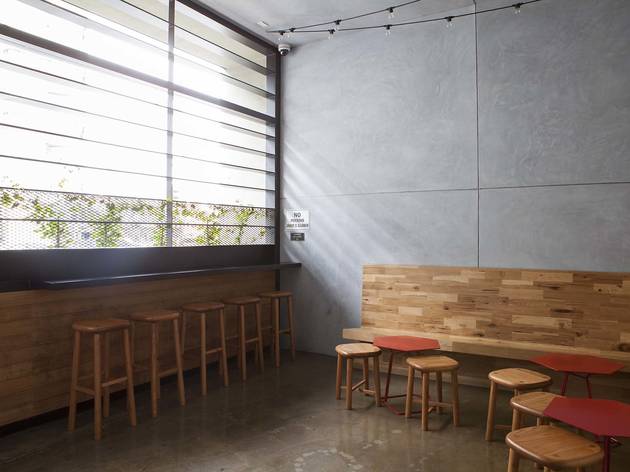 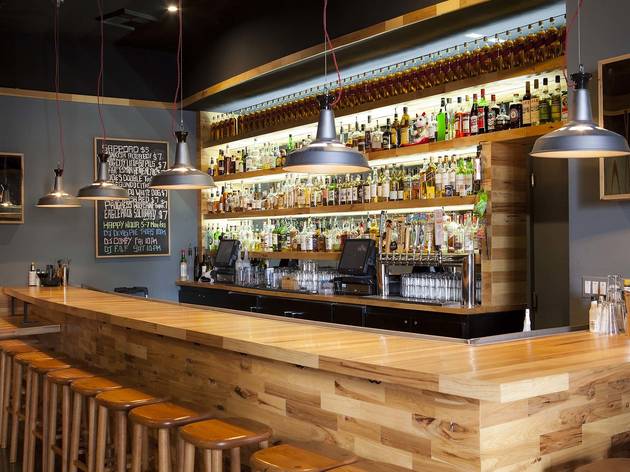 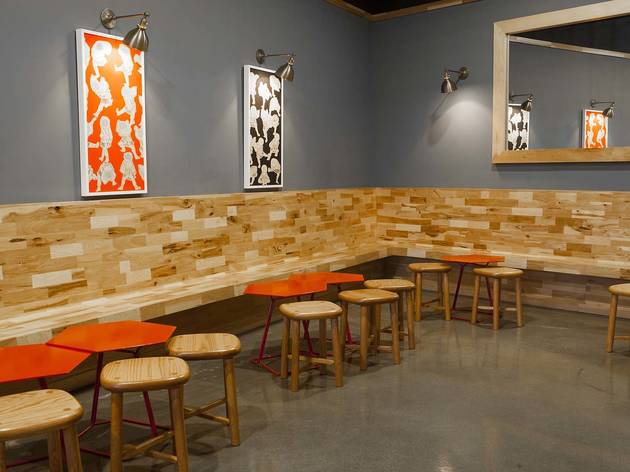 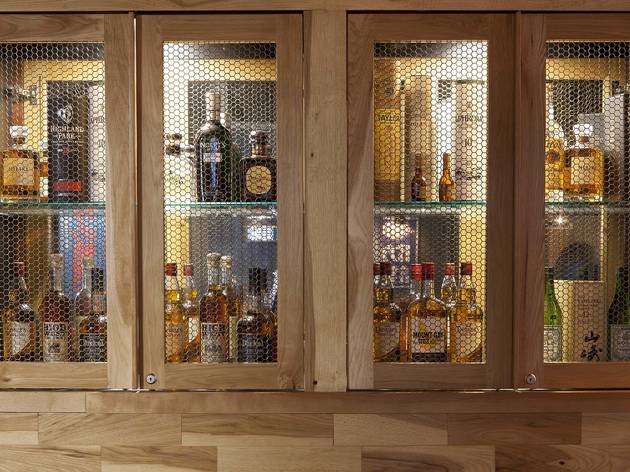 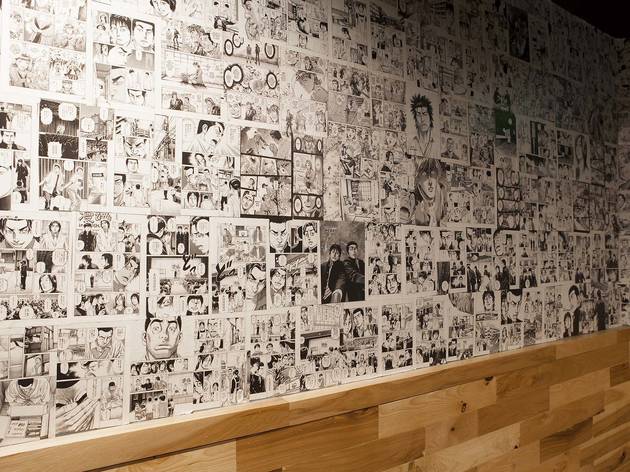 If you're sick and tired of waiting 15 minutes for a craft cocktail, get yourself over to Little Tokyo's latest watering hole for a quick, uncomplicated drink. Wolf & Crane—the first local joint in decades to get a full liquor license—preserves LA's first-rate mixology culture without all the pretension. You won't get sneered at for ordering a Johnnie Red and soda ($6), because there are six other drinks on the menu just like it. We're talking highballs on the rocks, like the Cuba Libra ($9) made with Mexican coke, and a gin and tonic gussied up with grapefruit bitters ($10). It's a casual, no frills kind of place with communal tables, comic print wallpaper, and classic oldies bellowing from the sound system—a welcome reprieve from all those "speakeasies" a mile away.

Good for: Washing down some ramen takeout from across the street with a palatable drink barside. There's no hidden entrance or secret password—just friendly bartenders and a nice spacious bar. Grab a highball, some mighty-fine Japanese whiskey, or a local craft beer on tap. And if you get the munchies, there are always Japanese snacks ($2) at the bar.

The scene: A casual crowd knocking elbows, chit-chatting with the barkeeps about the beauty of the highball (big in Japan right now, according to the owners). Expect quite the eclectic crowd—both locals and visitors. You never know who's going to stumble across the unassuming wolf and origami crane signage along East 2nd Street. Inside, you've got two options—stand around the bar with the rest of the drinkers or head to the outside patio for a cig to go with that 12-year-old Japanese single-malt whiskey. Either way, you're bound to make a friend or two.

The playlist: Everything from solid '80s to indie-pop tunes play in the background, setting the mood for a quality conversation and a pleasant drinking atmosphere.

The bartender says: While the Johnnie Walker Red Label goes fast, the bartender recommends opting for the Japanese whiskey neat. He'll also readily admit it's going to cost you. And if you’re not a gin fan, the dry, aromatic Ransom gin used in the Gin Trap might just make you a convert. Ask for a little taster, and you'll see why.

Drink this: You really can't go wrong with the six, four-ingredient highballs on the menu. It's just a matter of preference. Need something to soothe that sweet tooth? Try the Uptown ($10), Wolf & Crane's take on the Manhattan. It's heavy on the Cola, heavier on the cherry herring. Feeling adventurous? Give the smooth Fernet Pop ($10) a try. A mix of the earthy Italian digestif Fernet Branca, with vermouth, root beer and a dash of citrus bitters, this drink was inspired by the orange soda and Fernet Branca drinking trend that is all the rage in San Francisco right now. There are also nine rotating local microbrews on tap with current offerings from El Segundo and Eagle Rock—all $7, if that's more your thing.