Researchers have announced that California is likely to launch an earthquake warning system next year which could send an alert to classrooms, transit agencies and even your own smartphone before a quake hits your location. Earthquakes are notoriously tricky to predict, and the Shake Alert system is expected to provide only seconds of advance notice, but those seconds could make all the difference when it comes to taking shelter before the shaking begins.

We have modern communications technology to thank for the possibility of this new system, the LA Times reports. The shock waves from an earthquake only move at about the speed of sound, which is slower than the speed at which your phone can send and receive data. So, to use the example from the Times, if an earthquake of 7.8 magnitude hits the Salton Sea, it would take a full minute before the impact was felt in Los Angeles. By then, Shake Alert would have told you to find something sturdy to brace yourself under. As the system grows, it could be integrated directly into infrastructure to trigger things like opening elevator doors before you get trapped, shutting off gas before a pipeline snaps and alerting school teachers to guide kids to safety.

A video by UC Berkeley researchers below shows how it would work. 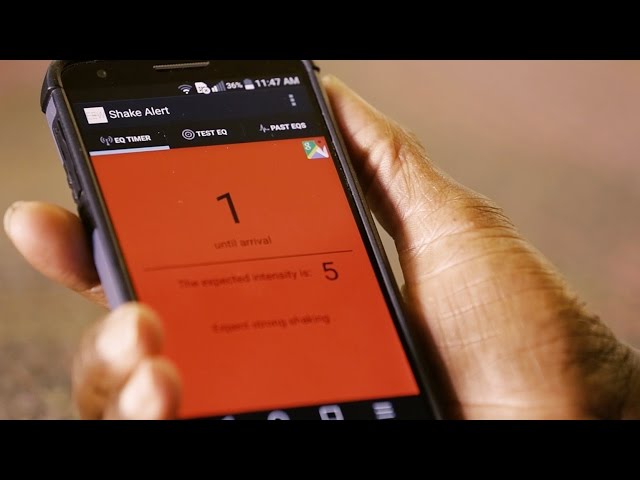 The project has been in the works for a while, with limited tests rolling out in recent years. In 2014, it was in use when an earthquake hit the Napa Valley. It successfully gave eight seconds of notice to those who had access to the trial system. Last year, it was able to give 30 seconds of alert before a smaller quake was felt in Los Angeles. Similar systems have been in place in Japan and have been credited with preventing train accidents and other dangerous scenarios.

This kind of tech doesn’t come cheap. Estimates say Shake Alert will cost $38.3 million just to get fully up and running and then another $16.1 million every year to maintain and operate. Thankfully, California taxpayers won't be responsible for the entire cost, but we will most likely see some of our tax dollars going toward the system, if and when it rolls out.