Want to keep up with the Coachella 2016 news? The fest's final day of weekend one had some fun surprises and special guests—read on to find out what everyone's talking about on their drive home from the desert.

Pusha T made an appearance during Baauer's set

Brooklyn-based producer Baauer brought hip hopper Pusha T on stage after sending a Sunday morning teaser tweet reading "hi coachella ! see u at 6pm brought some friends." The two performed their collaboration "Kung Fu," a high-energy record that had the crowd bouncing in unison and, as the song says, whipping it up. 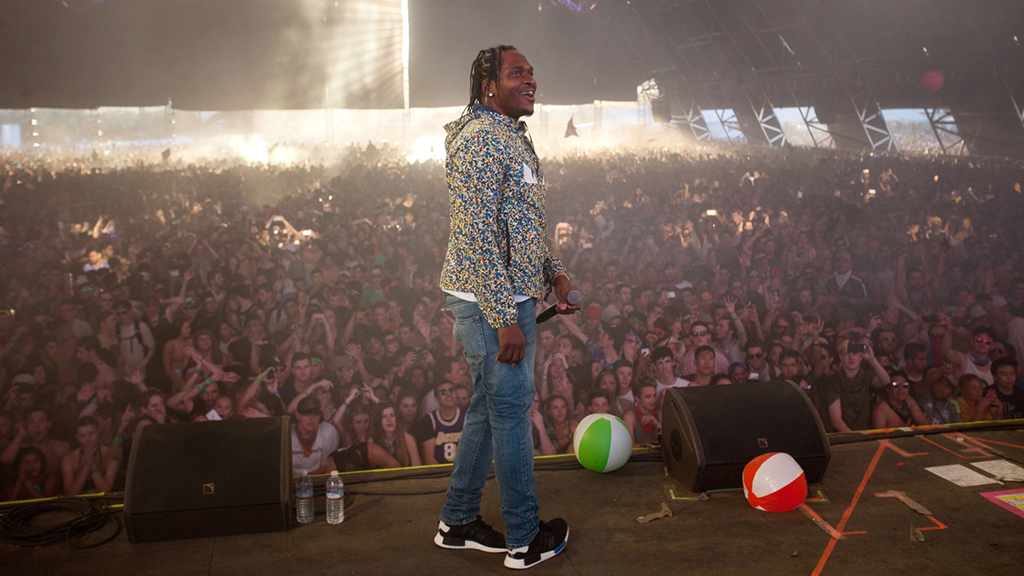 Major Lazer took the stage to the USC marching band

After a sweaty set inside the Heineken House earlier in the day (the line to get in snaked for at least five tent-lengths), Diplo took to the fest's largest stage with the rest of Major Lazer, as well as the USC marching band, who opened the set in full regalia flanked by synchronized dancers. The show had all the usual crowd-hyping trappings, as well as few other special guests; reggae star Sean Paul showed up for "Light It Up," and singer Mø and DJ Snake helped out with "Lean On." 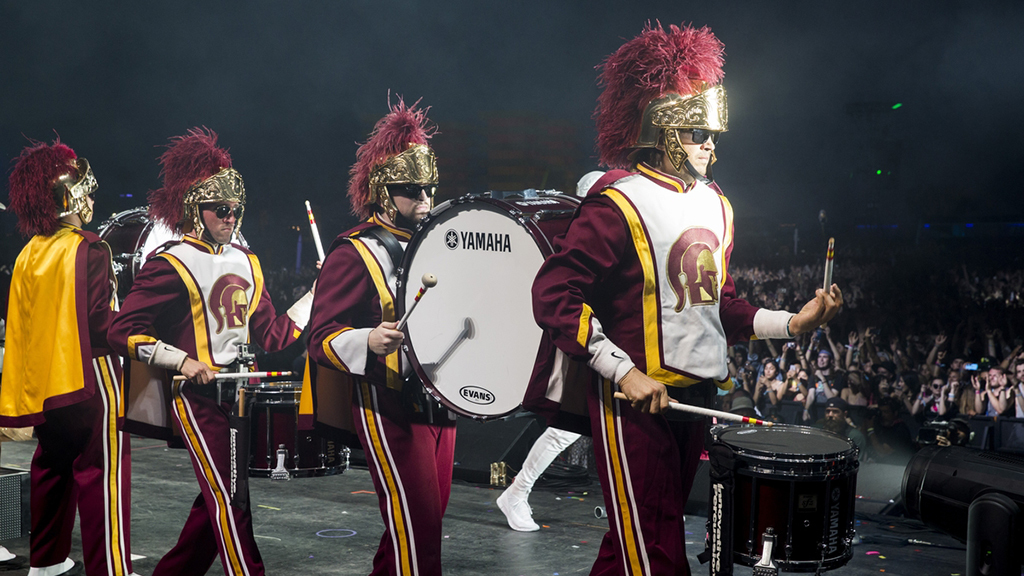 The Sahara tent was one giant party as the Chainsmokers commanded the pulsating arena, but they had plenty of help in the form of a few special guests. Walk the Moon showed up to play "Shut Up and Dance"; G-Eazy performed "Me, Myself & I"; and Rozes, sporting a namesake flower crown, also made an appearance; but it was Stephan Jenkins—yes, that Stephan Jenkins of Third Eye Blind fame—who had the crowd mouthing all the words to "Jumper." We missed you, 1997.

Kristen Wiig and Paul Dano got real weird with Sia

Sia took the stage in a black-and-white wig, giant white bow and long white dress, out from which emerged 13-year-old Maddie Ziegler (famous for her incredible dance pieces in three of Sia's music videos) during her opener "Alive." And if that seemed weird, the singer was just getting started. More little Sia clones appeared, all wearing the same wig, as well as dancers sporting rabbit and panda heads for "Titanium." Actors Paul Dano, Kristen Wiig, Tig Notaro and Gabby Hoffman all showed up on the big screen in pre-recorded dance videos for songs like "Diamonds" and "Unstoppable," also sporting Sia's signature wig. We wigged out.

Calvin Harris came on 20 minutes late, but made everyone's night by bringing on Rihanna

Calvin Harris performed to mixed reviews on Sunday, with some saying he went too hard, others saying he phoned it in and still others saying "WOO!!!" But the entire crowd was stoked when a red, white and blue-bedazzled Rihanna took the stage for "We Found Love," after Big Sean's guest appearance for "Open Wide" and "I Don't Fuck With You." Harris closed out his set with a third guest, English singer John Newman. The two performed "Blame" to a flurry of fireworks, and with that, Coachella 2016 weekend one was done.