The Griffith Park Teahouse—we suppose it'll never be able to ditch its Griffith Park name—has reappeared, this time in a publicly sanctioned spot in San Pedro. The beloved guerrilla art installation has found a new temporary home atop Knoll Hill, near the Vincent Thomas Bridge, according to the LA Times.

The tea house doesn't have to worry about getting shut down this time thanks to a partnership with the Department of Recreation and Parks and the Department of Cultural Affairs, but it isn't staying in San Pedro permanently. It will officially open this Saturday, March 5, at 4pm with artists from Machine Community Studios and music by the California Fleetwarmers. The installation winds down with a performance by the Golden State Pops Orchestra and a closing tea ceremony on March 20 at 4pm.

The still in tact tea house was hoisted on a flatbed truck to its current resting place along North Front Street.

Meanwhile, its original home in Griffith Park has since been marked with a reclaimed redwood bench.

While the teahouse goes on tour, a tranquil perch for urban reflection awaits you in Griffith Park.

It's not the first we've seen of the tea house's anonymous artists post-Griffith Park; in early February, the secretive collective staged Petal Drop LA (01), in which thousands of flower petals rained upon a Downtown alleyway.

Between Brouwerji West opening and rumors of a major promoter taking over the programming at the historic Warner Grand Theatre, we'd say it's worth keeping an eye on the Port of LA. 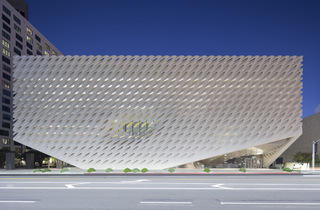 See the 15 essential museums to visit in Los Angeles

Michael Juliano is the editor in Los Angeles and has been with Time Out since 2013.

He helps Angelenos keep up with all of the city's most inspiring happenings, including L.A.'s best things to do and its arts and culture scene. Michael has called L.A. home since 2011 and previously contributed to KPCC, The A.V. Club and CNET. He has a soft spot for deli sandwiches and Disneyland.