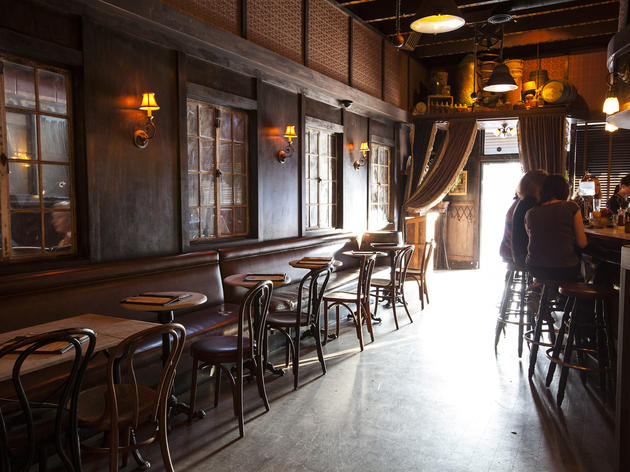 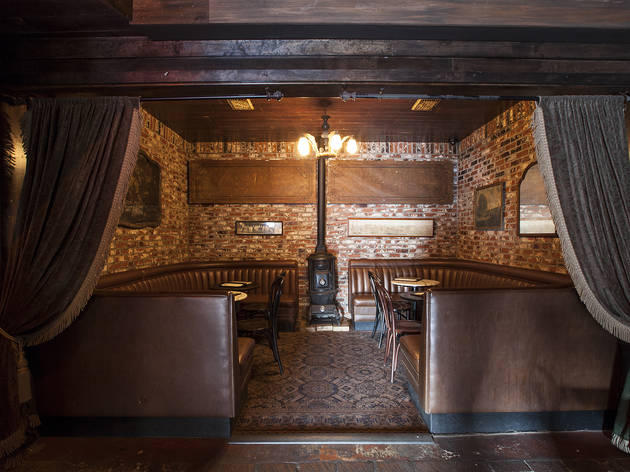 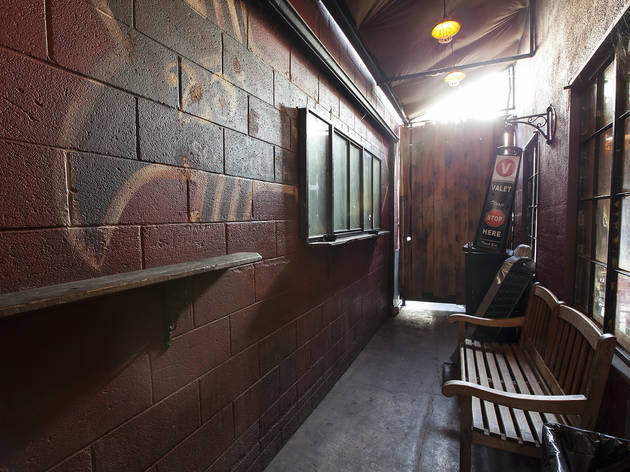 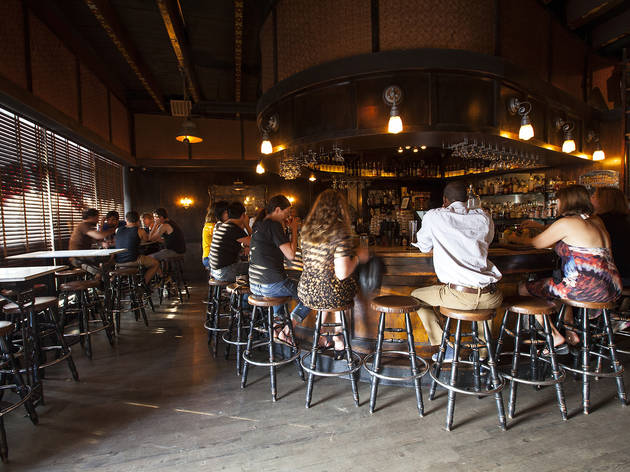 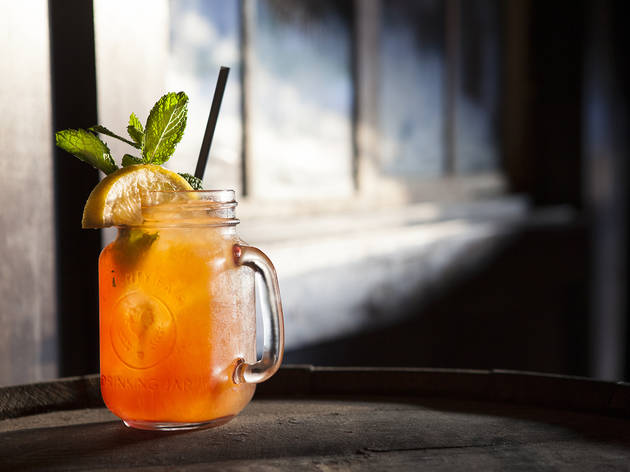 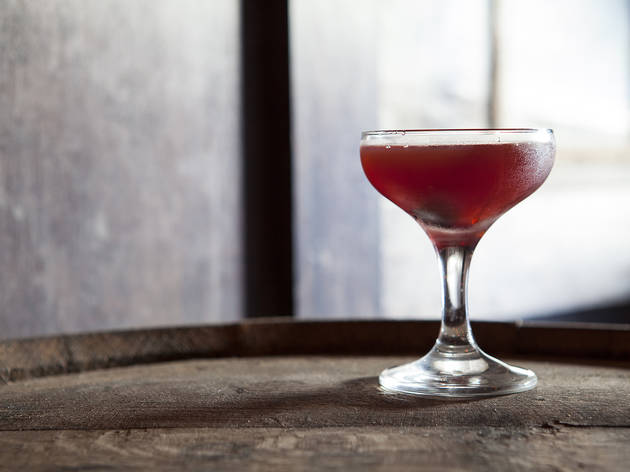 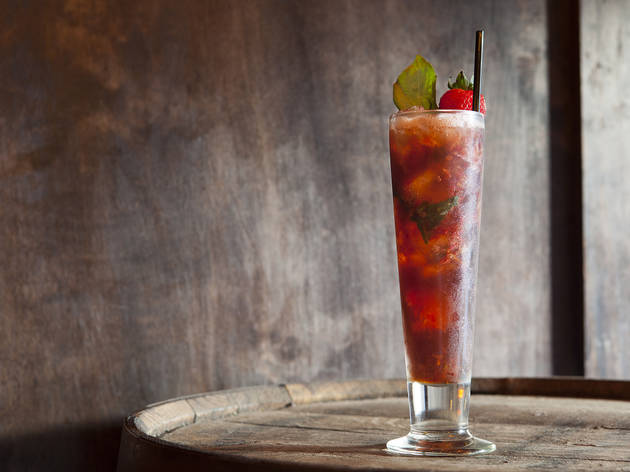 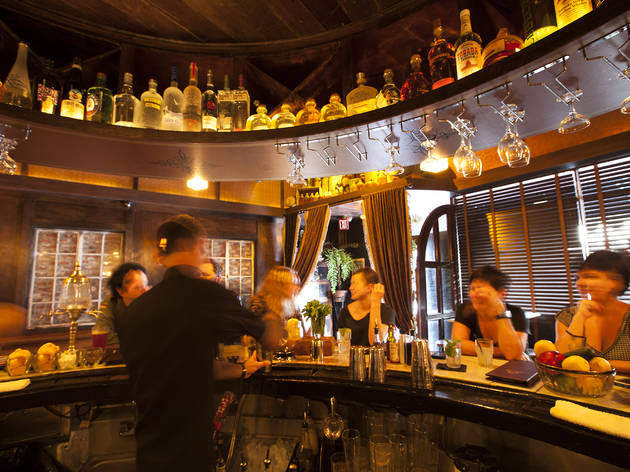 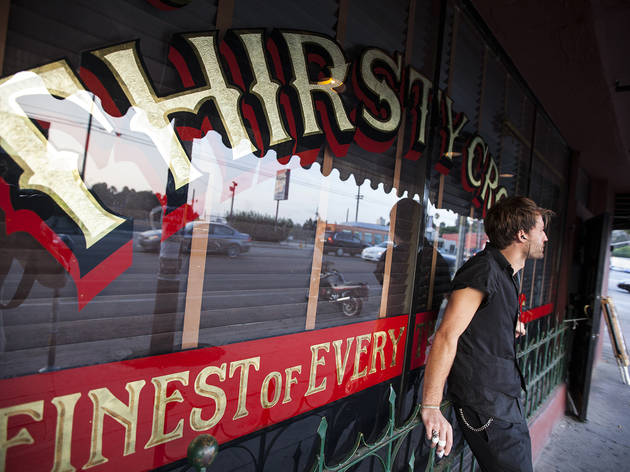 Regulars of the city's cocktail scene speak fondly of 1933 Group, the collective behind this Sunset Blvd saloon that whiskey lovers like to call home. Bigfoot Lodge, Oldfield's Liquor Room, La Cuevita and, their latest, Sassafrass, round out this collective's cocktail dens. Once past the doorman, you might notice a stuffed dusty crow mascot perched in the rafters, but what should catch your eye is the whiskey selection: 100+ whiskeys and 60+ small batch bourbons are on display behind a horseshoe-shaped bar. The only other view is brick walls through paned glass windows, while dim lights under sconces round out the room to give the bar a sinister glow—but you'll likely be bothered for a smoke rather than a duel.

Good for: Whiskey-loving small parties or couples looking to make eyes over narrow tables, candle-light and music loud enough to drown out any fear of moving in for the kill. There's a great party area and booth for reserve in the back, as well as weeknight specials like $2 Schlitz Tall Boys on Mondays and $5 Whisky Wednesdays.

The scene: Come early to claim your spot before the joint overflows with bearded locals and well-dressed Eastsiders. During weekends, you’ll be elbow-to-elbow vying for the bartender's attention alongside the rest of Silver Lake. You'll fend of stares of "who are you" and "why are you here," but they won’t ask and you won’t tell.

The playlist: Queen, The Doors, the Stones—good old rock 'n' roll is usually about one notch lower than concert-strength, so get your outdoor voice in shape.

The bartender says: The bar takes its name from Aesop's fabled crow, who quenched its thirst (none other than whiskey) by filling the half empty jug with stones. Brush up on this tale that's printed on the bar menu.

Drink this: By-the-glass amber libations like Pappy Van Winkle 15-year ($18) and Bulleit Bourbon ($9) are also used as the base for the Manhattan ($12), which might be the best on Sunset. These whiskey-mavens do their cocktails justice. The Thirsty Crow ($12) wafts of snappy mint and is nicely-balanced with Old Overholt rye, ginger beer and citrus. Try the Spiced Cider, a seasonal treat featuring Sailor Jerry Rum, butterscotch and hot apple cider, and a steal at $12.