Forget overly dramatic spoken word in crowded coffee shops. The writers and performers at these popular storytelling shows (where you'll hear coherent, concise tales rather than stream of consciousness spewing) are smart, funny and fearless. Many of these shows are adapted from improv shows to websites and podcasts, and some have spawned books. Hit up several of these shows to see everything from surprise celebrity appearances to surprising talent sitting right next to you in the audience. 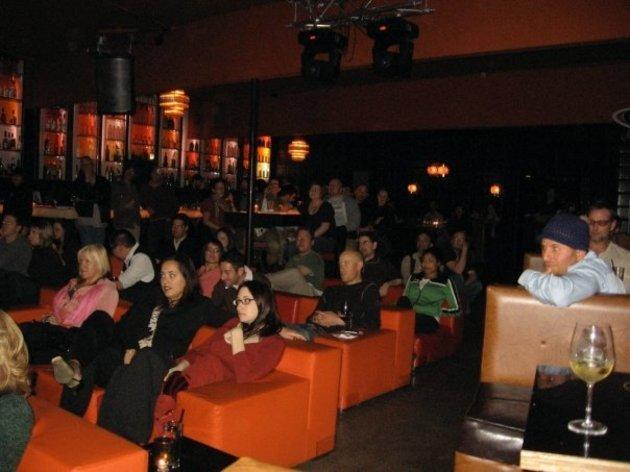 Originated in New York City, The Moth is an open-mic storytelling show that has spread to cities across the country, all the way to Los Angeles, where there’s certainly no dearth of performers. There’s a pre-announced theme for each Moth show (“nerve,” “grudges,” “shifting gears,” “fall from grace,” “taking sides”), and participants put their name in a hat for a chance to present their piece onstage. If chosen, performers get five minutes to tell a cohesive (and true!) story—with a beginning, middle and end—that falls under the theme. The story (and its telling) is scored from 1 to 10 by preselected audience-member judges. It’s a friendly competition that helps to shape emerging storytellers, and the quick turnover (ten storytellers per show at five minutes each) keeps the audience attentive. A tip for viewers: Look at the schedule beforehand and pick a show with a theme that interests you; if you just went through a breakup, it would suck to show up at “true love” night. 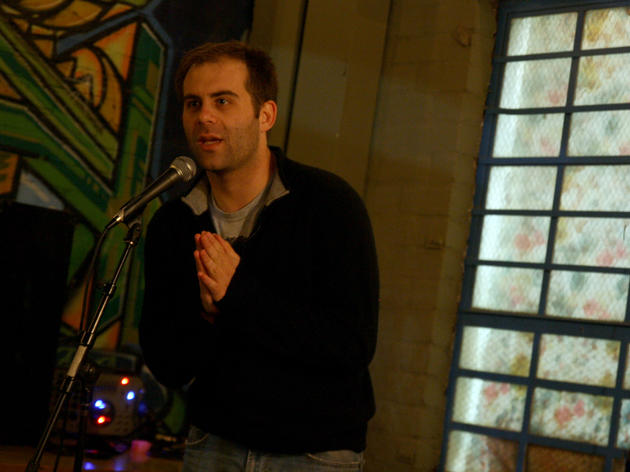 On the first Saturday of every month at Stories Books & Cafe in Echo Park, several seasoned stand-up comics (think Sean O'Connor, Eric Andre, Beth Stelling) put down the microphone and tackle traditional storytelling on the cafe's back patio instead. Although most of these performers are used to working the road, the vibe here is nothing like a club. Dave Ross, who produces and hosts the night with fellow stand-up Jake Weisman, says attending the show is like hanging out with family for an hour and a half. He's also quick to say that he and Weisman have darker sensibilities and tend to book those with the same. Or maybe comics just feel comfortable enough on the patio to show their underbellies—which are usually worth checking out. 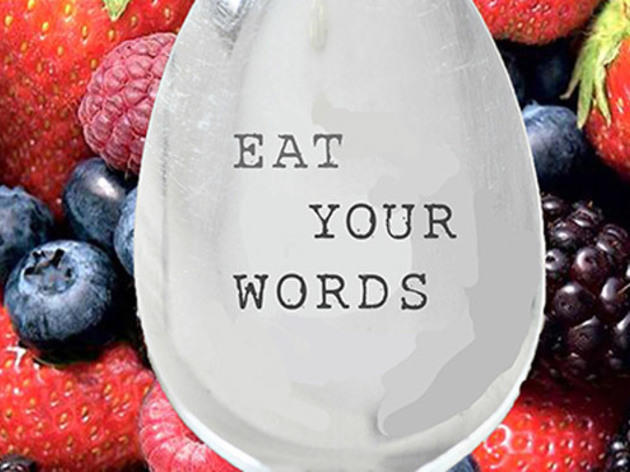 Greg Walloch wants his show, Eat Your Words, to feel comfortable and communal—much like sitting around a dinner table. So he hosts from a cozy side room at The Standard in Hollywood, and asks each of his guest performers to share a food-related tale: about a favorite meal or an impactful memory surrounding food. On the first Thursday of every month, fans gather to be entertained by comic and storytelling greats (Kurt Braunohler, Hasan Minhaj), local chefs and purveyors (Sergio Perera, Jacob Kear, Simon Ford) plus Walloch himself, whose riveting tales are always full of great insight, warmth and candor. The storytelling event is free, but it's suggested you send an RSVP. 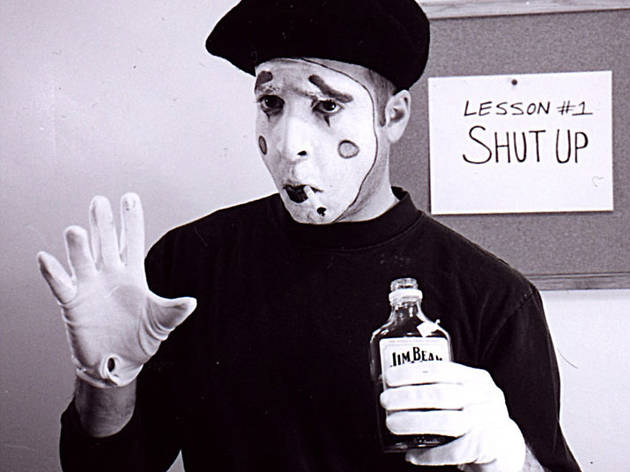 A regular event at the Hudson Theaters' Comedy Central Stage, Sit ’n Spin is a storytelling show slash concert in which writers and performers read essays (funny, dirty, sad—you name it) set to live music. It’s mostly creative folks in the entertainment biz who perform here, and the themes follow suit. If you’re “in the industry,” you’ll probably empathize with the tales of casting couches and $10 residual checks; those who aren’t keyed into the showbiz scene might feel a little left out, although the event is often a riot regardless. 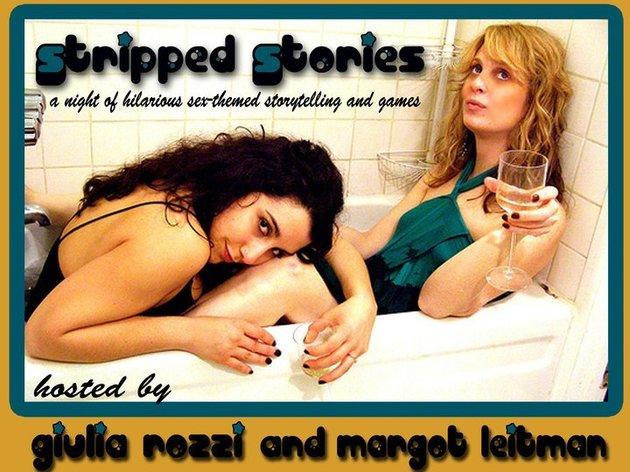 Each Stripped Stories show has a strict no-recording policy. In fact, audience members must pledge to not even speak of what they just heard once the show has ended. Producers and hosts Margot Leitman and Giulia Rozzi enforce this in order to create an environment where guest performers can be candid, a necessary ingredient in any story about sex. The theme never changes, nor does it need to; Stripped Stories has been titillating audiences with memories of romps in the hay since 2007, when the show first started in New York. It's been bicoastal for the past three years, and happens once every other month at Upright Citizens Brigade, where it's hosted Nick Kroll, Reggie Watts and Tami Sagher, among others. Each show also features a musical guest singing sex-themed songs, as well as the most popular part of the evening: audience participation. The winner of an elaborate, full-crowd game of "Never Have I Ever" gets to share his or her own saucy tale onstage. A recent winner was a nebbishy guy who pretended to be a pilot in order to get a woman to have sex with him. It worked. 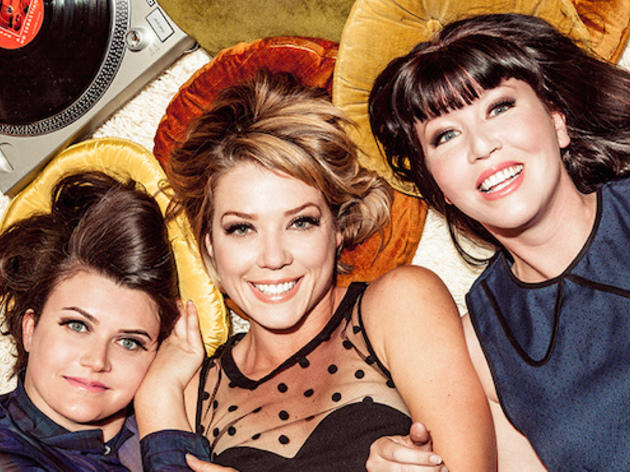 Local performers and writers Lauren Cook and Shauna McGarry host this hilarious, eclectic mix of comedians, writers and actors at this monthly storytelling showcase at the Virgil. They shake up the Moth-like storytelling mold by requesting guests to seamlessly integrate a song or an image directly into their stories. For example, Laura Krafft played "She's Crafty" during a story about embarrassing herself in front of a Beastie Boy. Pretty clever. Stick around after each show for Radio Disco Show, a themed, post-show dance party helmed by KCRW DJ Marion Hodges. The main series takes place on the second Wednesday of every month, but also look out for occasional productions at LACMA, where the stories will all be inspired by pictures—specifically, those hanging in the museum.

RECOMMENDED: Time Out with the hosts of Radio Picture Show 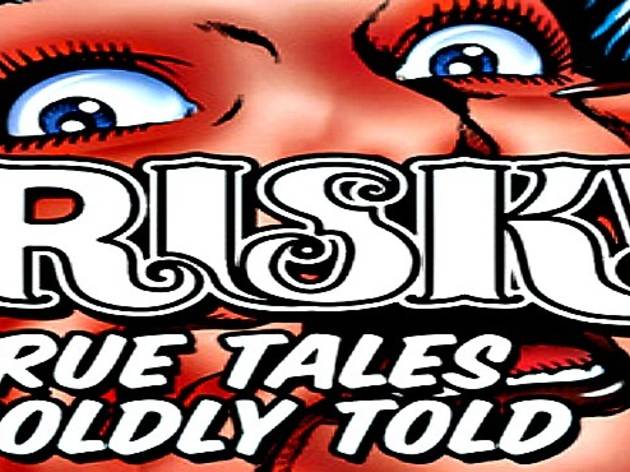 One of the top podcasts to catch live in LA, RISK! finds comedians, actors and writers telling personal stories they never counted on sharing with the public. Big names from Sarah Silverman to Kevin Nealon have all participated, delighting listeners with a new side of themselves, and the result is always both hilarious and heartwarming. Past guests include Lindsay Ames (Key & Peele, Tosh.0), Jon Gabrus (Late Night with Conan O'Brien), Matteson Perry (a podcast favorite) and Joel Dovev (of the Huffington Post). 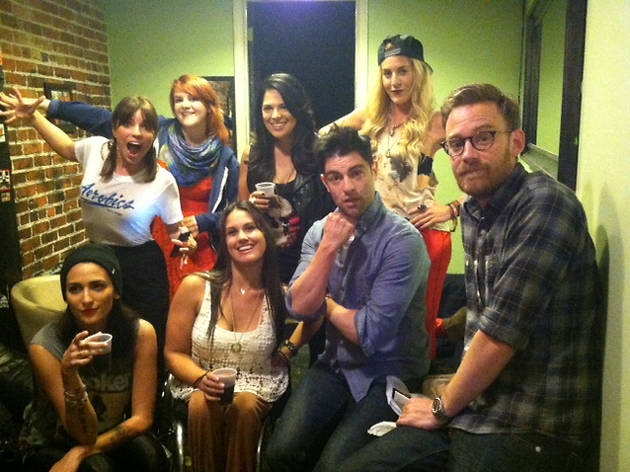 The web portal for all things lady launched another outlet for expression in 2011: HelloGiggles Presents, held at UCB. The monthly show features a combination of guest hosts, local personalities, HelloGiggles staffers, and even a few dudes waxing thoughtfully on the theme of the night. Exciting past guests include June Diane Raphael, Casey Wilson, Max Greenfield and Beth Behrs, as well as a slew of talented writers and standups. But no matter the caliber of performers, the atmosphere is casual. Each show usually features one newbie, who's encouraged to bring notes onstage or read a written piece if nervous and who's always cheered on to greatness by the audience. 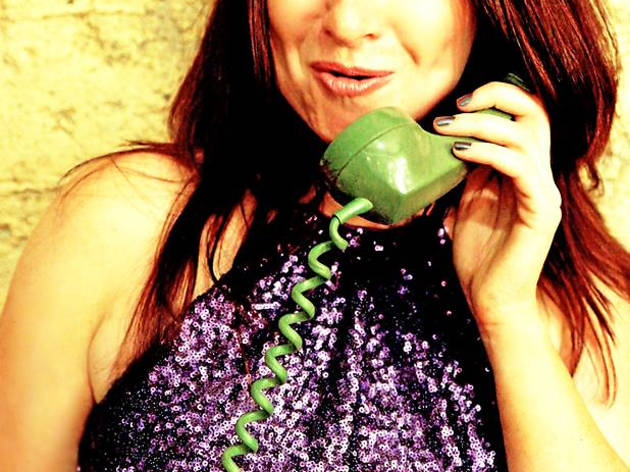 Don't Tell My Mother! is a big party during which a show happens. Fans and commiserators pack Fais Do-Do with intentions to—as producer and host Nikki Levy puts it—relish in their collective disfunction. There isn't a theme, per se, as the entire night is always dedicated to mothers and what's too embarrassing or shameful for them ever to hear. After a cocktail hour, during which a costumed mother character collects brief written confessions from audience members, Levy introduces the show and her collection of performers; the band Abby & the Myth plays during intermission. Levy, a former film producer for Fox, is accustomed to curating talent, and works with storytellers to craft their tales. Two bits of her wisdom: nothing salacious or gratuitously shocking, and the storyteller's mother must appear at some point in the tale. Levy regularly books big names—Kate McKinnon, Fortune Feimster, Mary Lynn Rajskub, Steve Agee—but is most excited about the times she's put fantastic-but-unknown voices in front of adoring crowds. You could say she's the mom of the show. 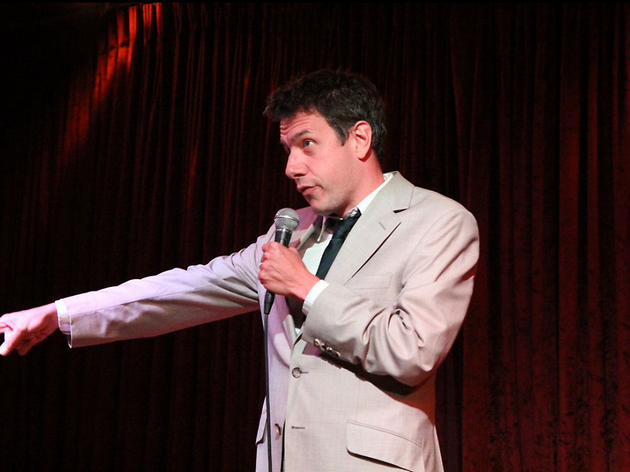 While working as a union organizer, Natasha Vargas-Cooper discovered the power of personal stories and their ability to bond people. With that in mind, she and fellow producers Joey Slamon, Stephen Falk and Dave Holmes launched this storytelling show in 2010. Each event features a different theme, but all performers are asked to share a tale about something that helped make them who they are. Stories run the gamut from serious to hilarious—the producers don't put a lot of restrictions on the kind of stories told but rather on booking intelligent, big-hearted and open storytellers who can be vulnerable and present onstage. Public School happens the second Tuesday of every month at M Bar; previous guests include Judith Shelton, Lorraine Newman, and writers from Conan, The Office, This American Life and Weeds.