I rather liked chef Joshua Skenes’s first Los Angeles restaurant, which comes as a surprise given the curmudgeonly state I was in when I arrived. In part, this was down to my inability to find the entrance: Angler is tucked away in the parking structure of the Beverly Center. That, and when entering the splurge-worthy seafood restaurant, my ears were assailed by a high-volume soundtrack of 1980s pop.

That I recovered almost immediately from my grumpy beginning was mainly down to the impeccable service, featuring many of the folks from Skenes’s Michelin-starred Saison in San Francisco, as well as his Angler there, and some top-notch talent from the L.A. dining scene.

And it was certainly helped by our first dish, a tableside presentation of a now-iconic, L.A.-only banana pancake topped with a roasted–banana-peel butter and Ossetra Caviar ($69 per ounce). The sweetness of the pancake, the nutty roast flavor of the peel butter and the saltiness of the Ossetra aren’t an obvious combination, but they worked to produce a bite that immediately suggested this was going to be one of the more thrilling L.A. meals I’ve enjoyed in 2019. In fact, over two visits we ate so many dishes and were disappointed with very little.

That was compounded by the arrival of a sweet chicory caesar salad ($16) and the antelope tartare ($18), which both displayed Skenes’s very deliberate approach to cooking: The kitchen staff takes a very small number of absolutely top-notch ingredients and use their skills and various fire sources to complement rather than overburden the dishes. They used mortar-ground garlic to make the caesar salad dressing, which worked in perfect balance with the bitterness of the leaves and the salt of the parmesan topping. Likewise, they diced the meat in the tartare to the perfect size and dressed it lightly.  Although it perhaps needed more than simple leaves of iceberg lettuce to move it from plate to lips, it was still a dish to remember.

Interestingly, as a restaurant inspired by seafood, it was the raw bar selections that provided our only disappointments. Little neck clams ($4 each) were terrific, but both the big eye tuna ($20) and the amberjack ($19) suffered from a surfeit of shiso leaves, whose pungency overpowered both dishes.

Skenes’s use of live fire can particularly be enjoyed in the short offering of vegetable dishes. Hen of the woods mushrooms ($14) come slowly grilled to create a slight crunch and bathed in their house made buffalo sauce; bull’s blood beets with embered tomatoes and walnuts ($15) belies the slightly lumpen red mass to offer up sweetness, texture and char; and my dining companion declared the Angler potato and cheese sauce ($13), with its lengthwise Hasselback cut and its supremely crunchy texture, as perfection—and trust me, this is a man who has eaten a lot of potatoes.

These are easily as good as any vegetable dishes in the city. And yet, Angler is all about the seafood, and if they can’t prepare those properly, then everything else is just distraction.  But both the live spot prawns ($18 each) and the whole poached marble fish ($58) were worthy of the highest praise. Arguably, the spot prawns plucked from a live fish tank at the side of the dining room might not have needed their quick baste of soy sauce on the grill—but that’s a minor complaint when balanced with the freshness of the ingredient and the suck-inducing char on the grilled shells. The marble fish arrived perfectly cooked, served in a light sauce of butter and lemon and with its own skin deep-fried to provide a salty component.

Saison chef Cody Tucker moved to Los Angeles to handle the short dessert menu. All are very good indeed, but the soft-serve sundae ($14) with sauce served tableside is definitely one not to miss.

Skenes and his team at Angler should be congratulated on getting up to full throttle so quickly in a new city. I’m certain that Los Angeles, with its vibrant and often intense dining scene, will be an inspiration for him and his kitchen.

I’m also certain I’ll be visiting regularly to find out. Perhaps if I call in advance next time, they can put some Frank Zappa on the soundtrack for me.

The design of the Angler space, with its slightly hunting-lodge feel, is one of my favorite of recent months. Every table in the restaurant has a great view of the open fire, which is central to so much of the food preparation. The bar-and-lounge area seemed to be seriously underutilized on our visits, which is a shame, as it’s equally lovely and would make a splendid spot for a solo meal.

The antelope tartare is not to be missed, nor the sweet chicory caesar salad. The hen of the woods mushrooms were another favorite, and of the “fireplace” dishes, the marble fish would be the first I’d return to. Order the soft serve for dessert.

The spirit selection at Angler is short but it’s been put together by someone who truly knows their distilled liquids. And the cocktails—even a simple gin and tonic—are crafted with considerable care and precision. The wine list has to be one of the most impressive for a new restaurant in L.A.; it is by declaration Burgundy-centric, but it also includes a terrific selection of grower champagnes, and wines from outside of France, including some specifically produced under the Saison label. A Domaine Jean Collet Chablis ($75) worked with just about everything we ordered. 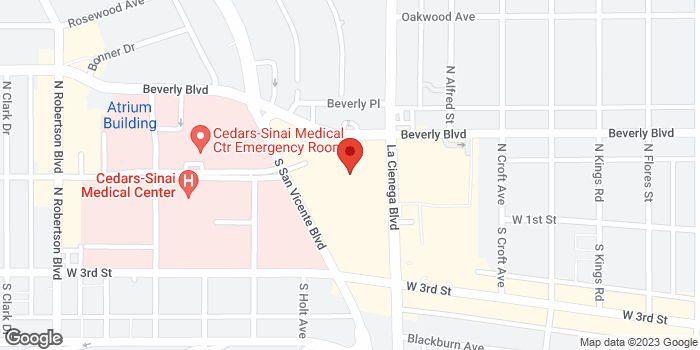