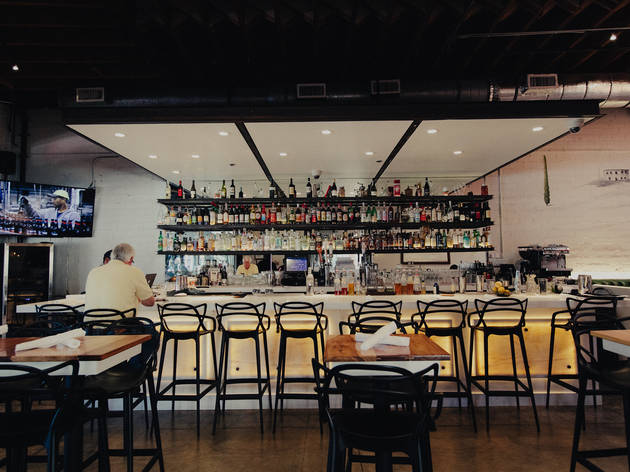 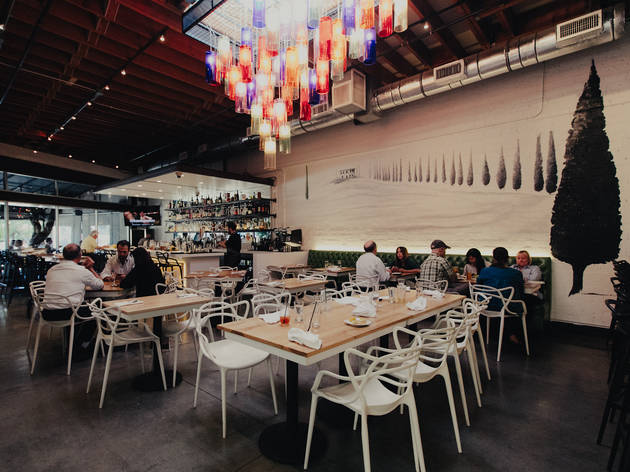 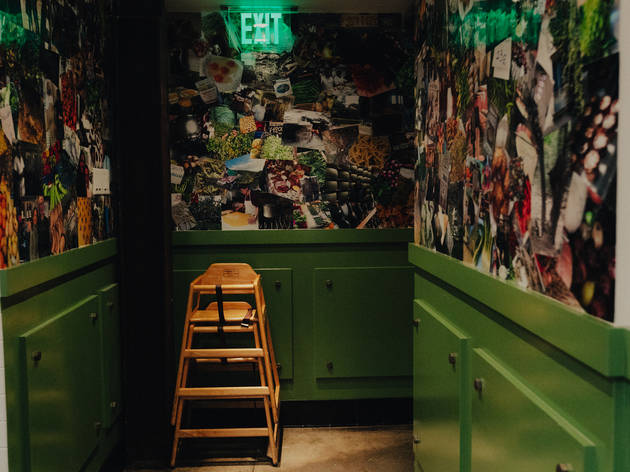 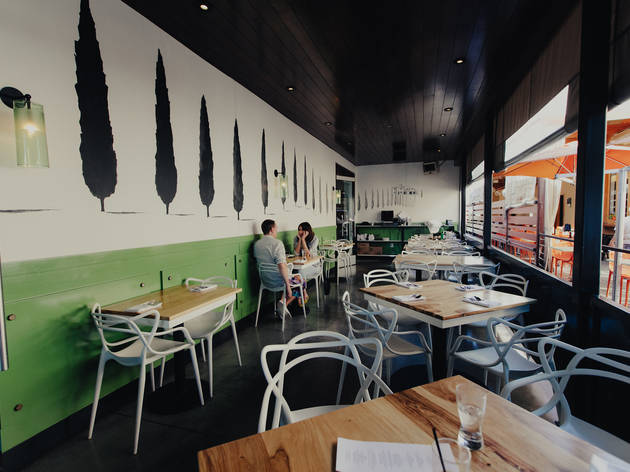 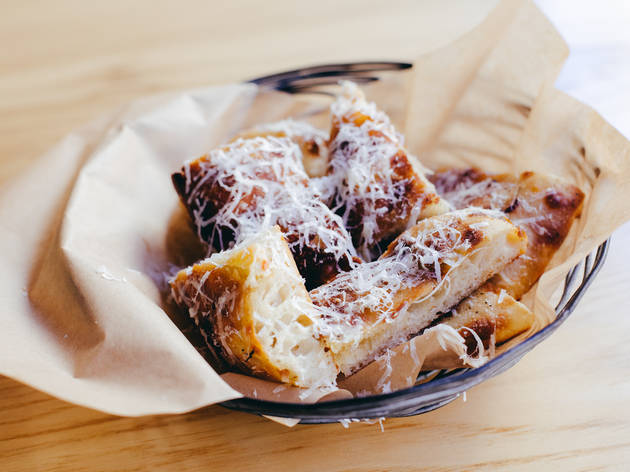 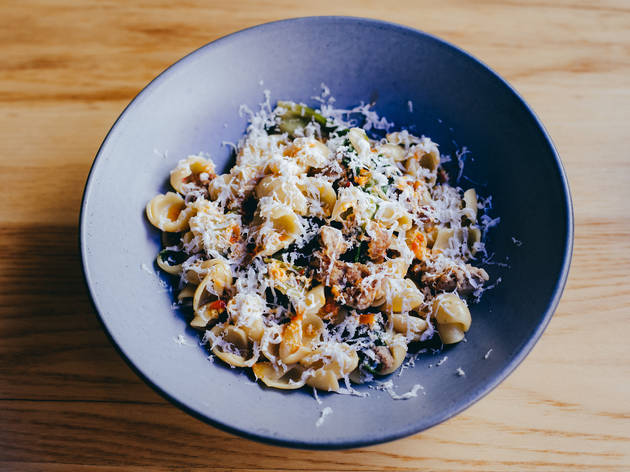 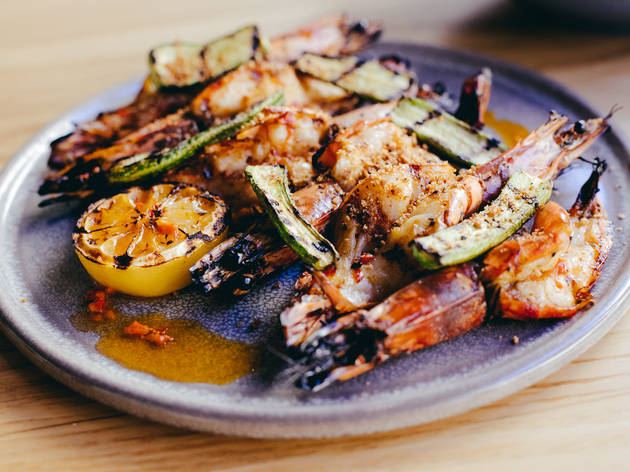 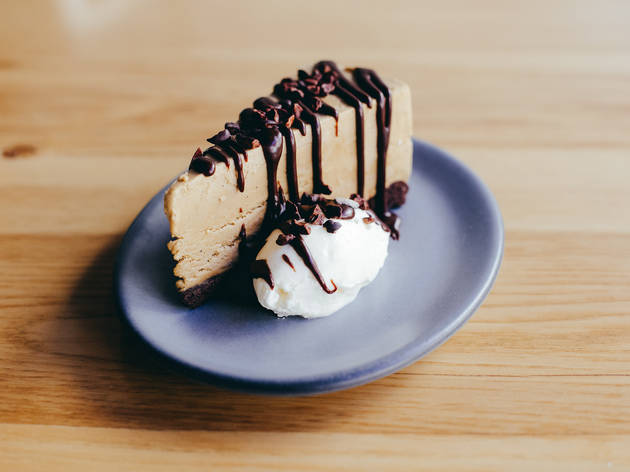 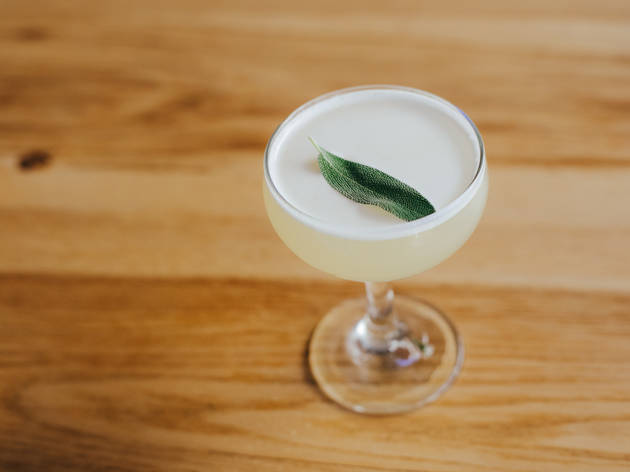 Akasha Richmond had high hopes for expanding her name along Culver Boulevard. The chef’s popular restaurant, Akasha, has served as a friendly face in the neighborhood since 2008, and Sambar, a follow-up project that opened down the street, was supposed to do the same. But as it has been proven time and time again with restaurants in Culver City, change—and unfamiliarity—isn’t always welcomed. The Indian restaurant served pakoras and chai-infused cocktails, but the public wasn’t buying it. And so Sambar closed and Richmond opened AR Cucina in its place instead, another Italian restaurant in meatball-laden Culver City.

AR Cucina is safe. It is also, at times, quite good. Taking bites of the pane di casa, of which there are three options, is one of those times, especially when it lands on the table warm and doused in olive oil. We tried the Roman-inspired bread with pecorino romano and black pepper, which was essentially cacio e pepe in bread form. As a staunch believer in the importance of bread baskets, I found this to be an admirable one.

The menu is fairly predictable for an Italian restaurant, but that can't be held against the place. There’s the antipasti: burrata in a pool of sweet tomato-almond pesto flanked by grilled ciabatta, or the fritto misto which veers slightly away from regular ol’ calamari by including Laughing Bird shrimp and vegetables. There’s the insalate and the primi, the latter of which highlights roughly eight different pastas, like an orecchiette with fennel pork sausage and braised escarole—a satisfying plate of pasta, but the pork was too chewy and overcooked to enjoy. Secondi includes steak and chicken and pork, along with a grilled trout showered in capers and raisins. But the standout dish here is the gamberi alla griglia, a mess of jumbo prawns tossed with swiss chard. Breadcrumbs give each bite an added layer of texture; squeeze a lemon wedge over the shrimp and it amps everything up a notch.

Affogato, gelato, biscotti—they’re all here, as are a selection of dessert cocktails. If the espresso gelato pie winds up in front of you, the evening will surely end on a happy note. Predictable, maybe, but happy nonetheless.

What to Drink: Like Sambar, AR Cucina has a solid cocktail program, though I missed the more inventive ingredients (turmeric-infused gin!) that came in Sambar’s libations. A separate negroni section offers six different versions of the classic cocktail—try the Rimini, made with Cimarron tequila and celery bitters, for the most divergent variation—or opt for the smooth Il Palermo ($14). Served in a coupe glass, the delightful drink combines rum, prickly pear and balsamic-pineapple shrub, along with lime and an aromatic sage leaf floating on top.

Where to Sit: Behind the host stand, a narrow room filled with tables gives the illusion of being inside, but on a chilly night this seating section can be a little uncomfortable. Head indoors, either to the main dining room or the patio where heat lamps glow cheerfully.