Audrey at the Hammer Museum 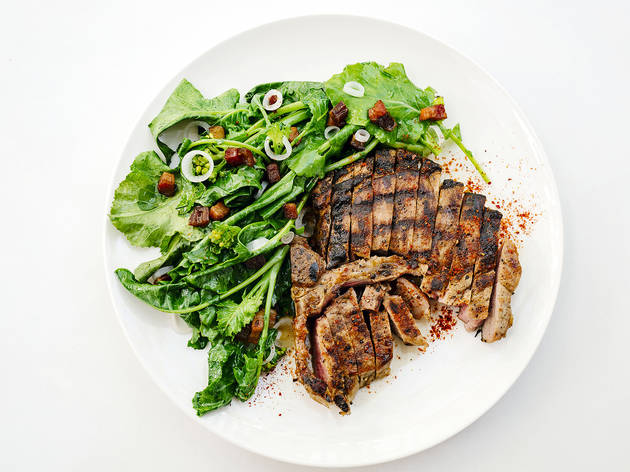 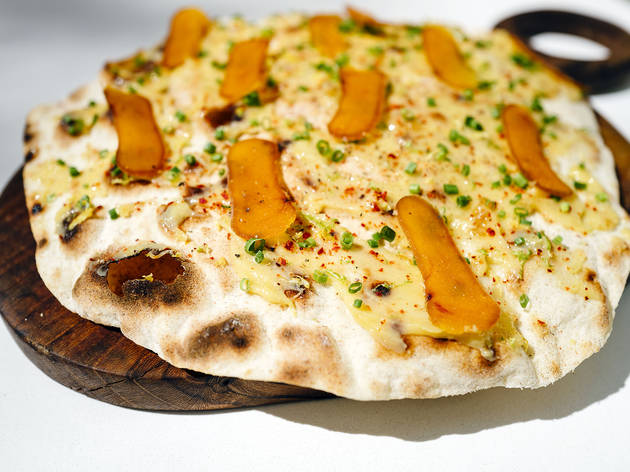 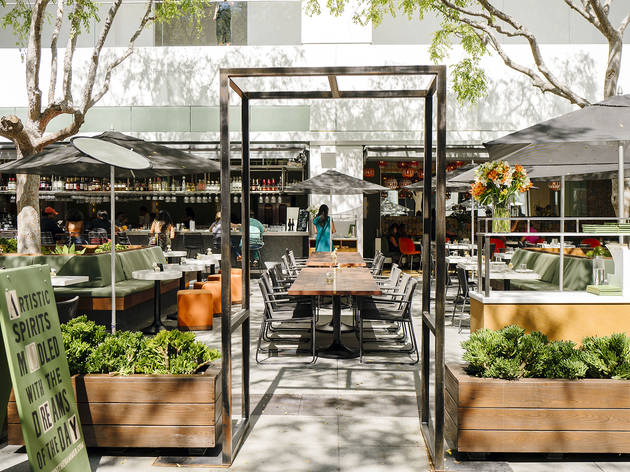 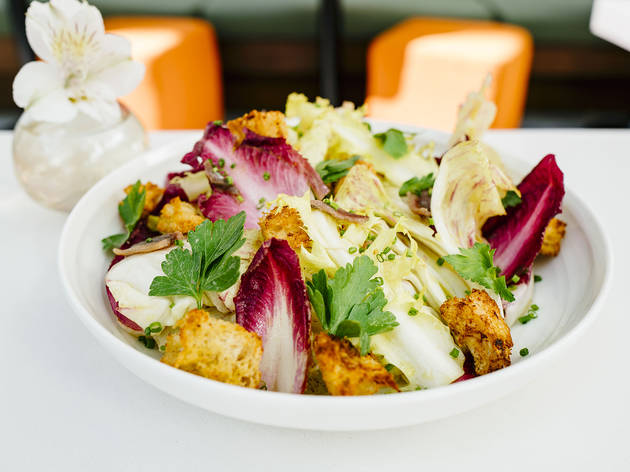 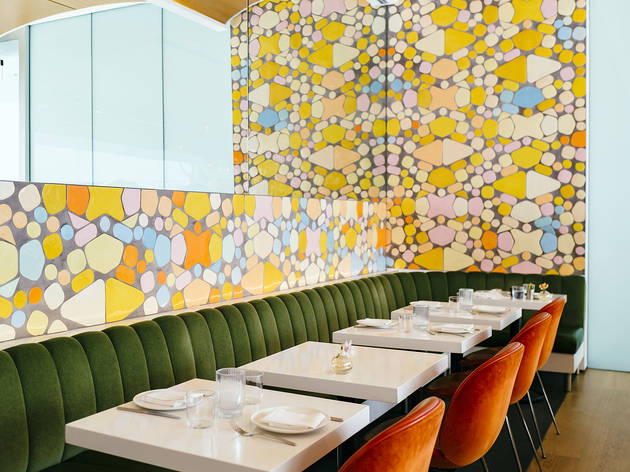 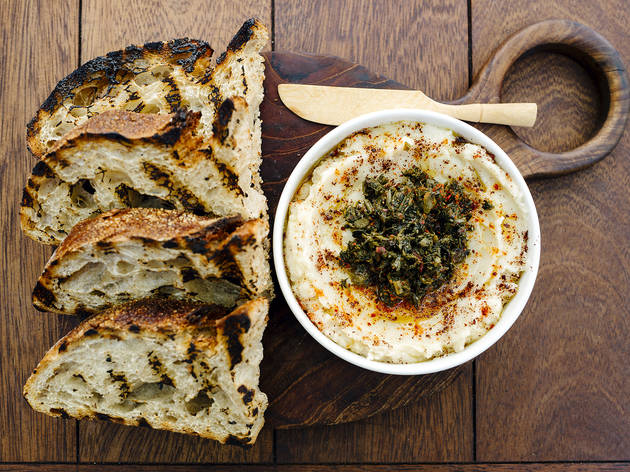 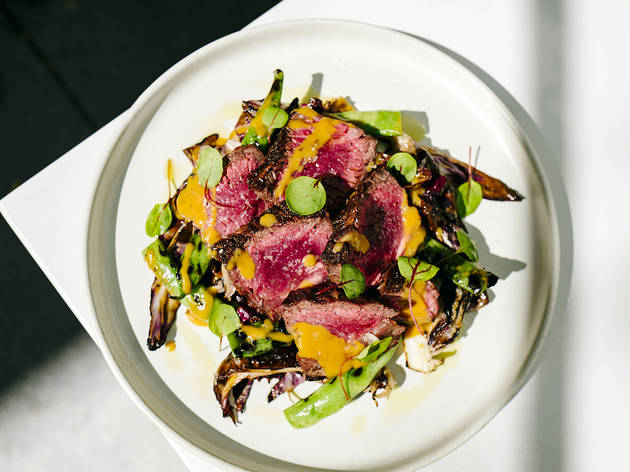 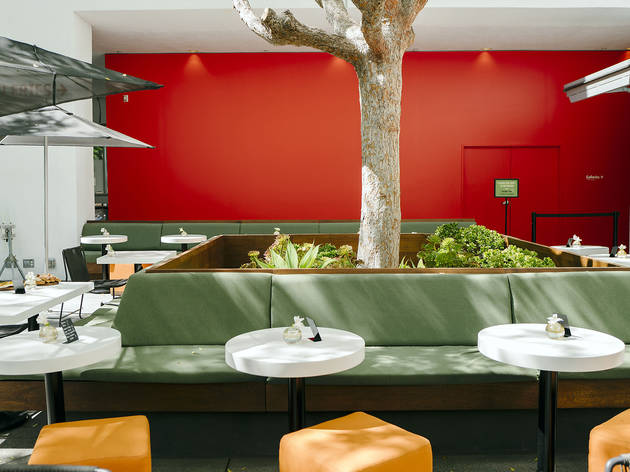 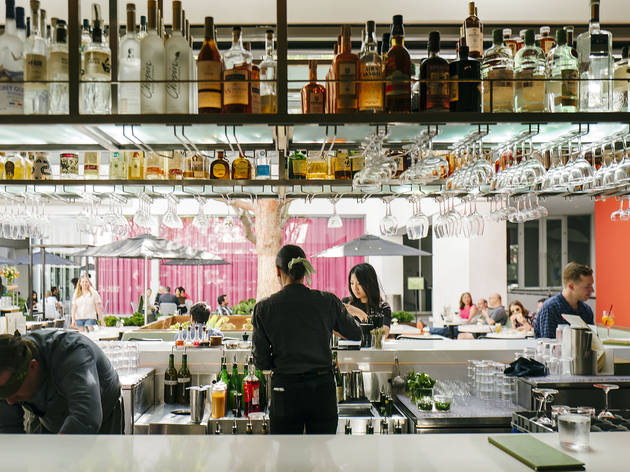 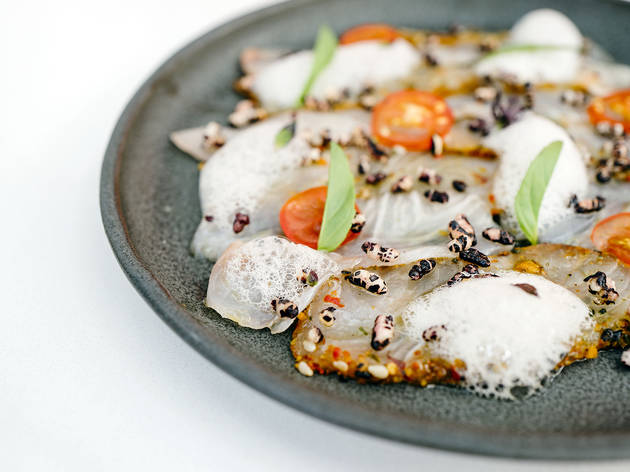 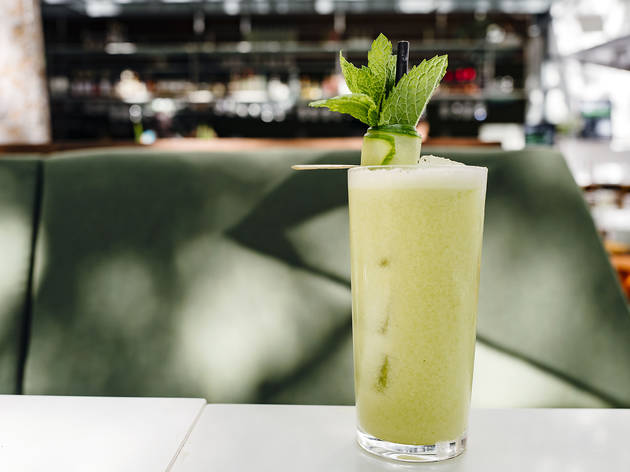 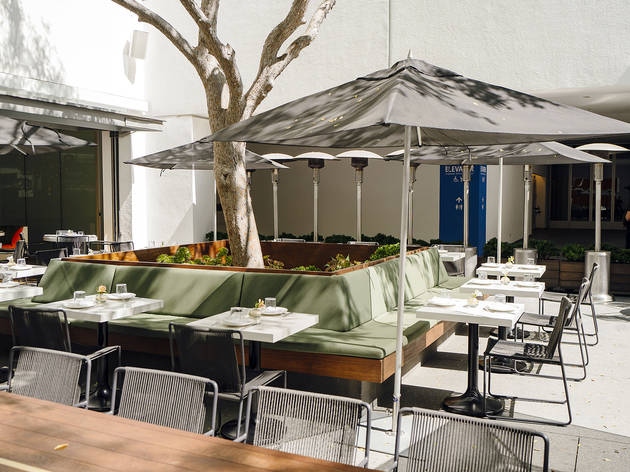 Come for the Hammer's art collection and maybe just a drink at Audrey, the museum's new courtyard restaurant.

The misguided belief that museum restaurants serve little purpose beyond feeding a captive audience here to look at things pretty and artful is, thankfully, on the wane. Unfortunately, Audrey at the Hammer didn’t seem to get the memo.

The menu emphasizes “European flavors”—I’m never quite sure what that means, as Europe is a sizeable place and the food of southern Portugal, for example, has precious little to do with the food of, say, Latvia. In the case of the Hammer’s new courtyard restaurant, what it means is a vague stab at Spain and Italy with a nod to some of the terrific ingredients on offer here in California.

All of this would be fine if the dishes were prepared with  aplomb, but at Audrey, they are not. Over two visits we experienced food that lurched from competent but unforgivably crude to plates that were prepared ineptly enough to be pushed aside on a budget airline flight.

Our first and best bite, a Sardinian-style carta di musica cracker ($10), came topped with Spanish bottarga, flecks of Persian limes and chives; the saltiness of the fish roe worked well with pre-dinner drinks. However, after that, the decline began.

Of the lighter courses, the fish in a Baja kampachi crudo ($19) took on a rather grainy texture, and any subtle flavors of the amberjack was lost beneath a dressing of kiwi, fermented chili oil and an overly acidic lemongrass vinaigrette. A white bean hummus ($11) suffered, too, beneath a slick of bitter “herb jam.”

The salads—an endive salad with rye croutons, anchovy, aged pecorino and soft-boiled egg ($14); a kale salad with crispy chickpeas, walnuts, feta and calamansi vinaigrette ($14); and a lamb kofta salad with grilled flatbread, feta, za’atar, cucumber and harissa ($18)—not only failed to execute some of their key ingredients (overcooked egg, non-crispy chickpeas) but were so haphazardly constructed that they appeared to have been thrown together by toddlers in an expressive art class.

The “heartier” courses proved to be little better. While the Creekstone Farms rib-eye cap ($32) was cooked medium-rare, to order, the accompanying cannellini beans had tough skins and a mealy quality that left them barely edible; its accompanying wild arugula salad was again dressed in an overly acidic coating. A heritage-pork porterhouse ($36) was marginally better and executed properly, but the plating of its dates and broccoli suffered the same plop-on-the-plate fate as the salads. As for the SunFed Ranch burger with cheddar, smoked-onion aioli, lettuce and fries ($18), let’s just say that I did it, so you don’t have to.

We finished with a bittersweet chocolate torta with crème fraîche and pistachio ($9), which had the dryness of a four-day conference on Victorian paintbrushes, and appeared to have been plated by Jackson Pollock in a bad mood. The fact that it remained barely eaten went unnoticed by the staff. The servers did their best to be amiable, but they were poorly educated on the menu and appeared to lack basic training in restaurant service, with tables remaining uncleared for extended periods.

As you leave Audrey at the Hammer, you might notice a sign by the host station that reads, “A Restaurant Serving Artful Food & Drink.”  Well, they are almost correct; this restaurant does remind me of a work of art—unfortunately, that work of art is Edvard Munch’s “The Scream.”

I don’t know much about restaurant designs in art galleries, but I know what I like: The space at Audrey is pleasant and dominated by a rather fetching tile installation from Cuban-American artist Jorge Pardo. The indoor dining area is outfitted with banquettes and the room then spreads to an outdoor patio in the open courtyard. However, given my thoughts on the food, my best suggestion is to sit at the bar, have a decent drink or two, look at the installation and decide where else to have supper.

My immediate and slightly unkind inclination is to say “don’t,” and instead recommend that you walk down Westwood Boulevard and eat at one of the many excellent Persian restaurants before you visit the museum: Attari Sandwich Shop and Shamshiri Grill among them. However, the carta di musica is passable—though merely an appetizer.

The drinks at Audrey are one of the few areas that offered respite during otherwise depressing dining experiences. The cocktails are well made—a martini comes Musso & Frank-style with a sidecar of extra booze chilled in ice. There’s an interesting list of spirits, and the wine list is thoughtful. There are decent selections by the glass and bottles that should work with most budgets; an agiorgitiko ($55) did the job. However, they did break one of my golden rules of wine service: If you insist on pouring the wine from a central station, please don’t then disappear into the night air, leaving your guests staring in desperation at their just-out-of-reach bottle.