Despite the noticeable influx of BBQ spots in LA the past few years, there is still an ongoing debate as to whether this city has legitimately great barbecue. This, of course, is as subjective as what real barbecue should taste like and what region delivers the best of it. Maybe what is happening in LA, then, is that BBQ is becoming more inclusive—not sticking to a Carolina or Texas style, but instead encompassing all of the dominant ‘cue regions, adding craft cocktails to the menu and serving it all in a rustic-chic setting. At least, that is what’s happening at Barrel & Ashes, the new Studio City restaurant from Bill Chait, chefs Timothy Hollingsworth and Rory Hermann, and mixologist Julian Cox.

It can be perplexing to read the menu at first, only because it includes sides, snacks and starter categories that all seem to feature both larger (grilled blue prawns) and smaller (braised greens) dishes. One particular “snack,” called The Best Damn Chick’n Sandwich Ya Ever Had, comes pretty close to living up to its name. These are prime picnic sandwiches—crispy fried chicken and dry coleslaw, jalapeño, and pimento cheese clasped within a poppy seed bun. A bite of fried chicken, a forkful of braised greens—sweet, and with chunks of flavorful pork rinds—and you’re set. Skip the ambrosia salad, a citrus-heavy plate featuring coconut flakes that look like a light dusting of snow—pretty, sure, but it doesn’t do a whole lot for the dish.

What you really want to know, though, is, How is the smoked meat? Our neighbors sitting next to us at the communal table were already going nuts over their hefty links of smoked sausage from Electric City Butchers, so we opted to give the pulled pork and a half rack of spare ribs a try. The results were mixed. The spare ribs are sauce-drenched, tender and fatty in all the right places, quite possibly some of the best ribs I've tried this year. It’s a heavenly cut, and so unlike the pulled pork piled up next to it. Here, the shredded meat is oversmoked and incredibly dry, and I wish it had been given a heavier dose of spices to combat the bland impression that it left.

Being underwhelmed by some of the smoked meat at a place that is supposed to specialize in smoked meat isn’t the greatest sign, but the hoe cake, a variation of cornbread, helps make up for it. This is the dish that everyone talks about after they visit Barrel & Ashes, and I’m not an exception. What’s in it? Butter (lots of it). More specifically, maple butter, but all you need to know is that it is thick and rich and sticks to your bones the way cornbread should. You could almost finish with the hoe cake as a dessert, skipping over the silky smooth banana pudding topped with toasted meringue. Then again, I'd order the pudding, too.

What to Drink: Julian Cox designed the cocktail program, because of course he did—lately, it seems like Cox has a hand in just about every new restaurant or bar that pops up in LA. Not that we’re complaining. The drinks here, both cocktails and craft beer, are expertly tailored to accompany the smoked meats found on the menu. Take the Horse’s Neck ($12), a smooth mix of bourbon, housemade ginger ale and Angostura bitters. Paired with a bite of that chicken sandwich, and you feel like you’re at a (well-curated) summer picnic in the South. For tequila drinkers, the Oaxacan in Memphis ($13) is a refreshing, nose-tingling blend of tequila, Campari, grapefruit, lime and Saison Dupont.

Where to Sit: On a recent weeknight, Barrel & Ashes was packed, and so the only open seating was at one of the communal tables in the middle of the room. This isn’t a bad option—you can peer over at what your neighbors have ordered (which we did) and ask if they liked it (which we also did). It does make for some difficult conversation though as you lean across the table and shout at your dinner companion. Try the tables instead, both inside and outside (a rear patio also holds a Texas style food trailer); if you want a front seat to the action, there’s also a kitchen counter with minimal seating.

Conversation Piece: Further proof that the face of BBQ might look a little different in LA than it does elsewhere: chef Hollingsworth was once the chef de cuisine at the incomparable French Laundry, and will be the chef at the Broad Museum's upcoming restaurant opening in the spring. Hollingsworth was born in Texas, though, so he knows a thing or two about barbecue. 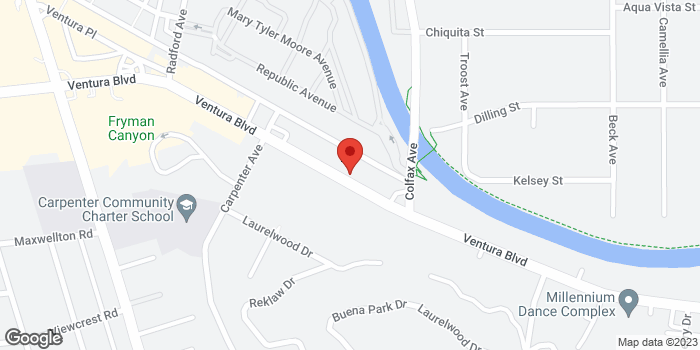