Antonia Lofaso’s latest will take you on a whirlwind tapas tour of Spain, Portugal and beyond—without ever leaving the palm fronds and patio of DAMA.

In Antonia Lofaso’s latest venture, situated in an old banana factory in the Fashion District, the SCOPA chef turns her attention to Spanish and Portuguese cuisines, and the countries that came under their influence. And, while DAMA’s menu takes you on a whirlwind tour, it manages to avoid those dreaded words “Pan American” by giving each dish its due diligence and presenting them as modern expressions of the cuisines they represent.

But first, full disclosure: I’m more than well acquainted with Lofaso; we’ve appeared on numerous Food Network shows together as judges, and we’ve even competed against each other. Those culinary battles have left me physically and emotionally battered as I trailed behind the highly competitive chef, but they’ve also proven that when she turns her attention to anything, her determination to get things right remains paramount.

While the nature of small-plates eating often leaves me more bewildered than satisfied, the genuine tapas nature of DAMA means you could simply enjoy a few dishes and a glass or two of sherry, or linger through the menu’s larger plates for a fuller dining experience. On the smaller end, bread with farmers’ market tomatoes, confit garlic, parsley, Portuguese olive oil and anchovies ($17) takes the pan con tomate—a beloved staple of Spain—and breaks the tomatoes down slightly to complement the texture of toasted bread and the umami tang of anchovies. A plate of empanadas ($15) belies real care and attention: The flake of the pastry proved ungreasy frying is possible, and the filling of dry-aged ground beef with green onions offered up the perfect counterpoint to an accompanying Brazilian vinegar dip laced with fiery chili. Lofaso’s determined to show her best, even when a dish is ubiquitous, such as the tacos ($4), where slow-cooked oxtail came wrapped in organic tortilla. Perhaps the most notable was an aguachile of kanpachi ($21), which managed to achieve the precarious balancing act of delivering the powerful flavors of chili, lime and cilantro while still allowing the fish to become something other than texture.

Too often in restaurants who rely on small plates with big flavors, the larger portions can disappoint. Both the classic garlic prawns ($28) and lamb chops ($25), while packed to the brim with spice, were a few seconds over their perfect cooking time, and a textured pork shank ($36)—reminiscent of a Filipino crispy pata—wowed in presentation but delivered less when carried to the mouth using humdrum lettuce wraps. These blips could be forgiven in light of two spot-on killer large courses: The whole snapper ($38) came prepared as escabeche in lime, flavored with pineapple and darkened with a chili rub, while a linguisa pinwheel ($27) was presented as good a version of the Portuguese sausage as you could find in Portugal or any of its former colonies.

The dessert list is short, fun and a fitting way to end a meal that will have taken your palette to some very interesting places. Churros ($10) are light and suitably smothered in cinnamon sugar, while the Pacific Banana Co. Sundae ($16)  is a fitting tribute to the original purpose of the building.

As a colleague and fan of Lofaso, I had no doubt that the determination she puts into everything she does—including crushing my dreams in TV culinary combat—would mean that DAMA is a serious proposition of a restaurant. But I’m delighted to say that DAMA is more than just a sign of plenty of effort; it offers genuine affection for the cuisines and traditions it’s representing. And, as such, it’s one more very welcome addition to the burgeoning dining scene in DTLA.

The outdoor patio will no doubt become a central attraction during summer brunch, while a wide veranda offers areas shaded from the sun by awnings. There’s plenty of indoor seating, too, and lots of bar stools at which you can sit under the revolving ceiling fans and pretend you’re Ernest Hemmingway.

The whipped white beans, topped with cotija and crisp pork, and the empanada should be on every initial order, as should the bright and unapologetic aguachile. For the larger plates, the whole snapper and the linguisa pinwheel are also musts, and if you leave without ordering the sundae as a dessert, you’ll be doing yourself a disservice.

The vast list of spirits and exemplary cocktails are rightly getting most of the attention at DAMA, but beverage director Taylor Grant—who’s rapidly becoming one of the leading lights in the L.A. wine scene—put together a list that suits the menu perfectly. It offers well-priced choices from France, Switzerland, Germany and Austria, but the wines from Spain, Greece and Portugal are the real stunners. A recently added list of fortified wines could provide pairings across the meal, from crisp fino and manzanilla sherries with the small plates, through to deep, dark rich Pedro Ximénez with the desserts. 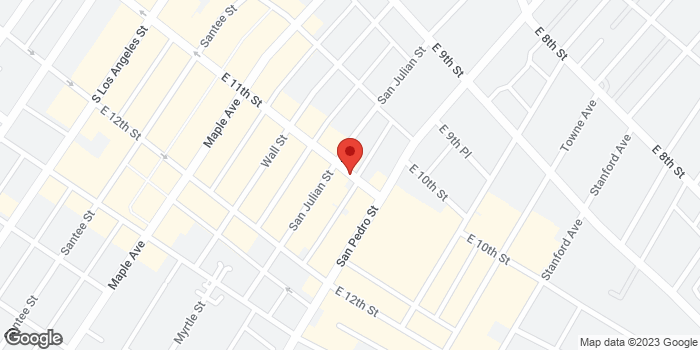