If you’re the kind of Angeleno who cares about global restaurant lists, you’ve probably already heard of Damian, the exemplar of Mexican fine dining from Enrique Olvera, who also owns Mexico City’s Pujol and New York City’s Cosme—both of which made the world's top 50 last year. If, on the other hand, you’re the type of person who stopped seeking out new eateries during quarantine and have only just started to tune back into L.A.’s food scene, we wouldn’t blame you for not having this incredible spot on your radar. After all, Damian (pronounced “DAH-mian”) first opened in the Arts District in the fall of 2020, weeks before Election Day, while its daytime-only taqueria, Ditroit, launched a few months later—during a span of time when many people rarely left the house.

But that was then and this is now. In the year and half since its lockdown debut, Damian has quietly become one of the best upscale Mexican restaurants in the city, as well as a serious contender on the shortlist for the best restaurants in Los Angeles, period. Damian’s understatedly stylish ambience and unforgettable seafood-centric small plates, grilled meats and playful vegetable mains easily put it in the same league as its always-popular parking lot neighbor, Bestia, but the restaurant defies any simple comparison. For one, every bite reflects Damian’s commitment to traditional Mexican cooking techniques and ingredient sourcing. After one bite of Damian’s tortillas, for which the kitchen nixtamalizes corn in-house, even diners who couldn’t care less about world rankings or the particulars of maize prep will understand why the nearly hidden Arts District restaurant has flourished despite it all.

Sure, the indoor-outdoor space itself is simply a vibe, like so many other spots across the city. The industrial-leaning dining room is full of mid-century modern furniture and bright green plants, with a glowing all-concrete bar that’s well-suited for drop-ins and solo diners. There’s a mood-lit outdoor patio full of spindly trees and space heaters hung from above, which also doubles as the seating area for Ditroit during the day. Come evening, both areas fill up with the type of well-heeled cosmopolitan crowd you’ll find at other less flashy, but still expensive, L.A. restaurants. But while you’ll likely appreciate Damian’s overall ambience—as well as the wonderful, attentive service that accompanies it—the distinctive cooking led by chef de cuisine Jesus Cervantes truly seals the deal on what’s likely to be one of the most memorable Mexican dinners of your life.

Essentially everything on the menu, which changes seasonally and uses plenty of local produce and seafood, reads as fresh and interesting from the first bite to the last. Over the course of the night, an astonishing array of salsas, sauces and tortillas will make their way to your table, starting with complimentary tostadas and red mole, which come with a smaller side of sliced olives and pickled vegetables. Those who splurge on the large-format costillas enmoladas (pork ribs in black mole) will be treated to a dizzying number of bowls: handmade tortillas, kimchi fried rice, pickled vegetables and a ssam-style lettuce and perilla plate, complete with beautifully cut sections of lime. The ribs themselves are perfectly coated in sauce; each bite is flavorful, yet not overly inundated with mole.

Time Out review word limits are insufficient to capture the unique joys of each dish, from the precious chopped blue shrimp gorditas filled with avocado shiso salsa to the smoky celery root main dish with salsa macha, white mole and xnipec—a salsa made with habanero peppers. In every aspect, the quality and thoughtfulness poured into each dish and drink shines through. Even the duck al pastor brings something new to tacos al pastor, a street food staple most Angelenos are likely familiar with, and the dessert and cocktail offerings, particularly the non-alcoholic ones, are even better. All this effort, training and time-intensive cooking will cost you, of course; a meal with a drink or two apiece at Damian will set a pair of diners back around $250.

Thankfully, while Damian’s usual price per head might be in the realm of special occasions, the restaurant also operates Ditroit, a much cheaper daytime-only takeout and patio operation that uses the same approach, tortillas and salsas to craft tacos, sopas and tamales at far more everyday prices. While Damian and Ditroit’s menus have little to no overlap, those curious about the former will be able to sample the same thoughtfulness and care that Olvera’s team pours into the more upscale evening concept, without having to part ways with all the cash. For diners who’d rather go all in, by all means, go ahead. You won’t regret the decision.

The vibe: A minimalist design lover’s dream, Damian mostly attracts well-heeled, cosmopolitan clientele with a less-than-flashy approach to a night out. The indoor-outdoor space is perfect for dates and small groups, while the glowing all-concrete bar is well-suited for drop-in pairs and solo diners.

The food: A modern Mexican menu that incorporates California produce, plenty of fresh seafood and ingredients and dishes from all over the country’s map, from Ensenada-style smoked clams to a sweet corn tamal that winks at Olvera’s Pujol in Mexico City. Standout savory items include the shrimp gordita, the uni tostada and the duck al pastor, while the hibiscus meringue and the icy toasted coconut make for great, fruity desserts.

The drink: Beers, margaritas, cocktails and a long list of wines by the bottle take up most of the beverage section, but Damian’s non-alcoholic aguas frescas are equally as interesting. We recommend the avocado drink and the horchata, which runs less sweet than most thanks to pilincillo (unrefined raw cane sugar) and derives its nutty taste from toasted amaranth

Time Out tip: If you can afford to, it’s better to order a few of the smaller plates one apiece, including the gorditas, sweet corn tamales and the tostadas, since these are more difficult to share. 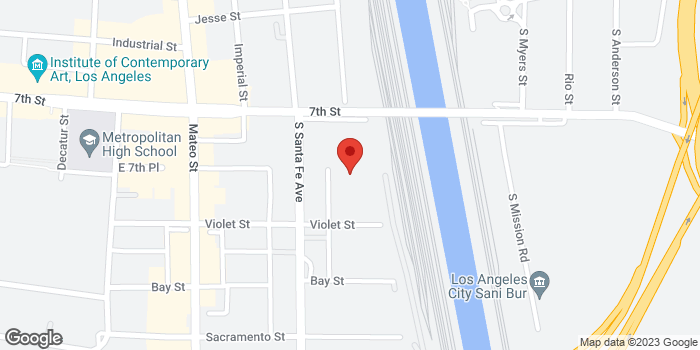