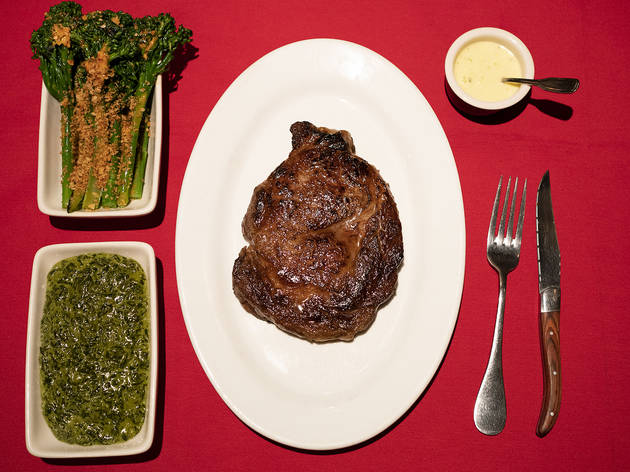 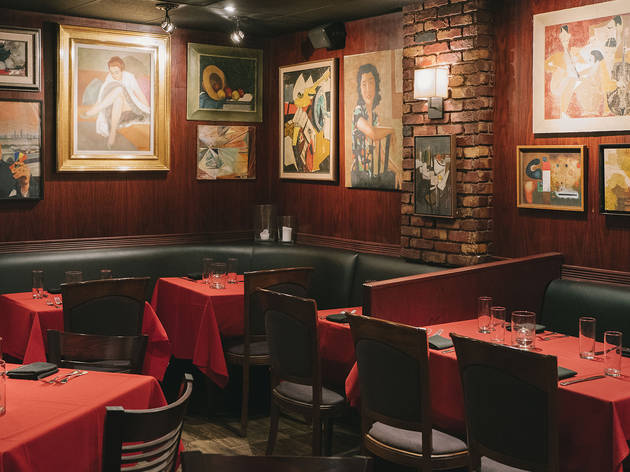 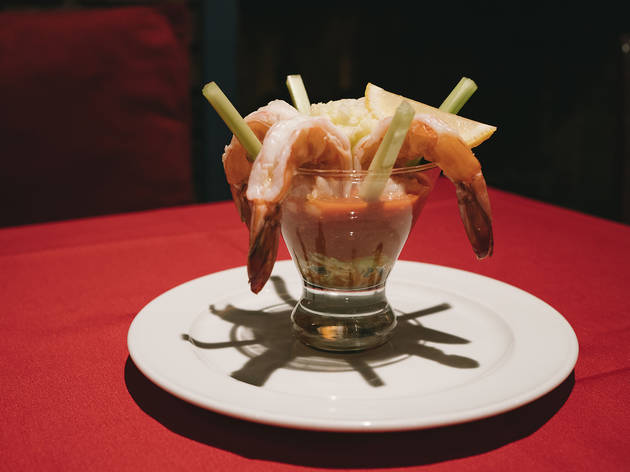 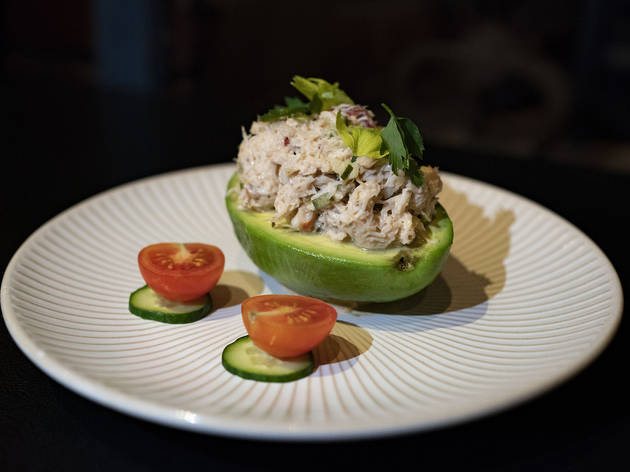 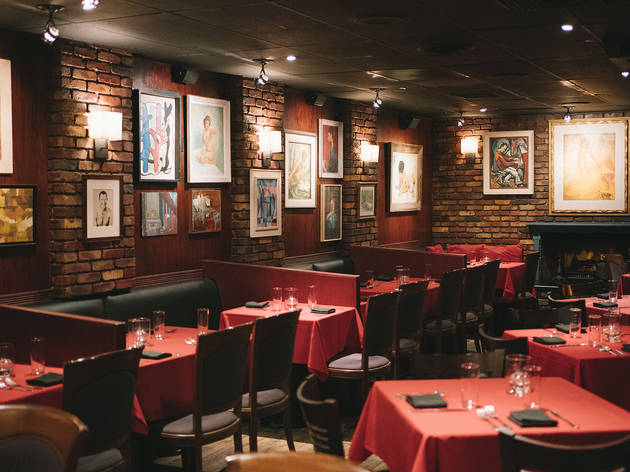 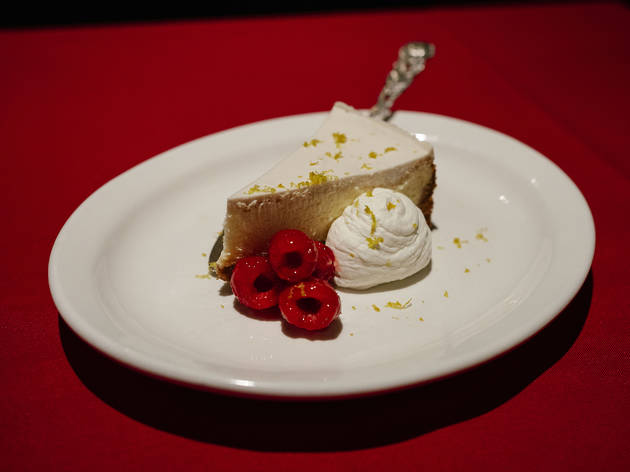 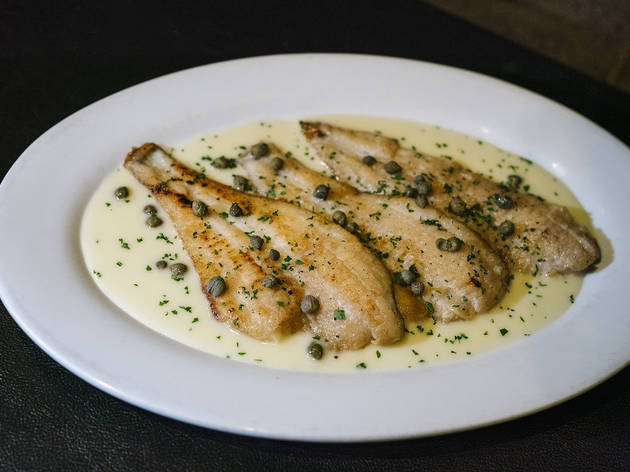 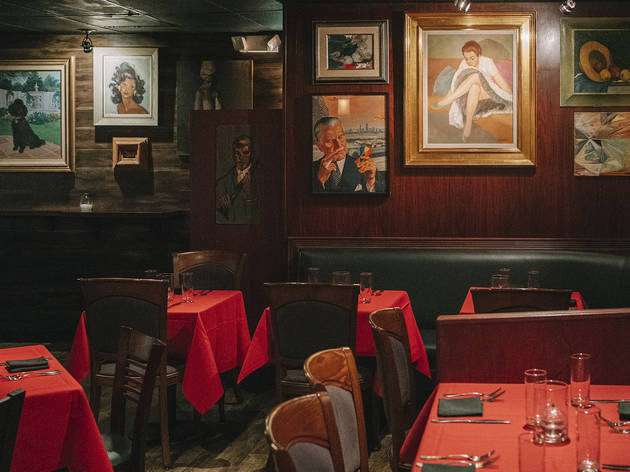 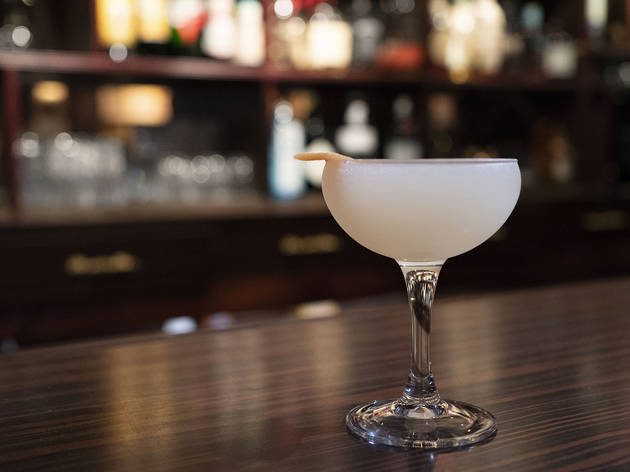 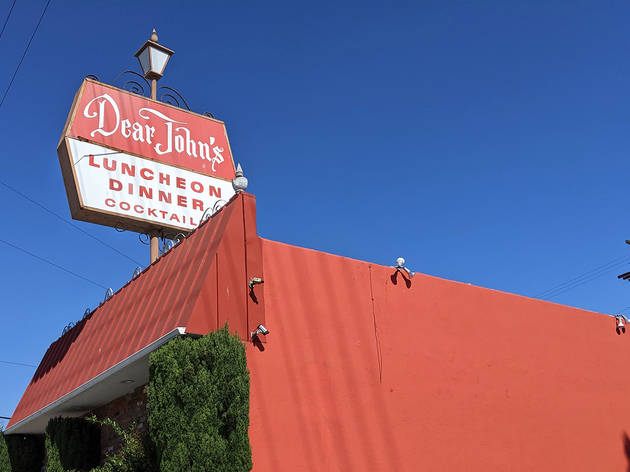 Even revamped with a new menu, this former Sinatra haunt is the steakhouse throwback L.A. needed.

In L.A., every restaurant that’s been around for more than a couple of decades seems to declare that Frank Sinatra was a regular. In the case of Dear John’s, this was actually true—and the steakhouse was a haunt for the crooner and his cronies from the time it opened in the early ’60s. Despite the fact that it’s near my neighborhood, I’d never thought about haunting the place myself until its recent revamp by chefs Josiah Citrin (Mélisse, Charcoal, Openaire) and Hans Röckenwagner (Röckenwagner Café & Bakery).

But there’s a catch: They plan to keep the upscale Culver City restaurant going only until 2021, when the site is due for redevelopment. So, for now, Dear John’s has a beautifully redesigned interior: The bar is stunning, and Röckenwagner crafted all the tightly packed tables and chairs himself. Despite the menu and aesthetic changes, walking into the dimly lit room really does feel like taking a step back in time.

Much of that ambience comes down to the very smart decision to employ a number of career servers; they bring that personable but occasionally gruff service that takes no prisoners and is one of the hallmarks of a great steakhouse.

Reading the menu, too, is like putting on a most comfortable pair of slippers for someone who, like me, thinks that the classic steakhouse is one of America’s great contributions to world cuisine. There’s little surprise, but plenty to make you smile—particularly the reappearance of dishes that you thought had vanished with time. And, with a couple of exceptions, they’re all prepared bloody well.

An avocado crab Louie ($28) is a perfect example: It arrives with dungeness crab piled high on top of half an avocado in true ’70s dinner-party style and a suitable dressing of mayonnaise, a slight amount of heat and a topping of a few torn celery leaves. The shrimp cocktail ($21) here is faultless; the shrimp has the perfect snap and the sauce seemed almost closer to the Sauce Marie Rose, preferred in Britain over the classic Day Glo-red American variety.

Amongst the starters, only the caesar salad ($24) disappointed, but not because it was executed poorly; the menu advertised it as being “tossed tableside,” but because the room was so cramped, the server prepared it in some other part of the restaurant and then plonked a plate on our table. As a man who shivers with glee every time he sees a garidon being wheeled towards him, the lack of promised culinary theater came as somewhat of a letdown.

I got over my tableside disappointment with the arrival of the mais. Both rib eye ($58) and New York strip ($54) were prepared perfectly to order, and with just the right amount of char. Side dishes, too, were up to par: The suitably dense creamed spinach ($9) and breadcrumb-topped broccolini ($9) were the favorite of our visits. As to the seafood, it was very much a thumbs-up for the sand dabs ($28), which paired the natural sweetness of the fish with the tang of the lemons and capers in the butter sauce. Less successful was the Escoffier classic lobster thermidore ($55), where the admittedly plentiful seafood had been overpowered by the sauce and breadcrumb topping to become little more than lumps of texture.

I’m a sucker for steakhouse desserts, and the cheesecake ($12) at Dear John’s is as good a way to finish your meal as any before you ask for your check. (About that: You’ll blink a few times when it arrives.) The sticker shock might be a combination of the strength of the superb martinis from the bar and the fact that a meal for two here with a pre-dinner drink, shared appetizer, entrées, side dishes, dessert and a bottle of wine could see you waving goodbye to $300.

Unless you have a Sinatra-like bank balance, that may make Dear John’s a special-occasion location. However, until it disappears as planned in 2021, I’m certain that I’ll be making up many special occasions to visit.

Dear John’s is a tiny place. They’ve crammed tables into every potential space in the restaurant. In a way, that’s part of the charm of the joint, but it doesn’t make it the most comfortable of dining experiences. If you arrive early enough to secure seats at the already popular bar, guard them jealously and enjoy your meal there. Otherwise, try and secure one of the tables that line the walls.

The cuts of beef are unsurprisingly terrific, but that shouldn’t distract you from some of the other offerings. Start with the copybook avocado crab Louie or the equally laudable shrimp cocktail. Order the 18-ounce rib eye to share; pair that with a plate of the sand dabs, some classic creamed spinach and a béarnaise. Finish with a cheesecake for a meal that shouldn’t disappoint.

If I’m being brutal, the wine list at Dear John’s is slightly yawn-inducing. That’s particularly true of wines offered by the glass, which is annoying given how much the bar has been raised in recent years; however, I can understand why a restaurant with a limited lifespan might not invest in the sort of wine inventory that one associates with a steakhouse. A Croze-Hermitage Domaine du Colombier ($60) came and went harmlessly, but the real joy here is the bar, which makes powerful cocktails beautifully. Their Hemingway daiquiri ($15) is as good as any I’ve found in the city.