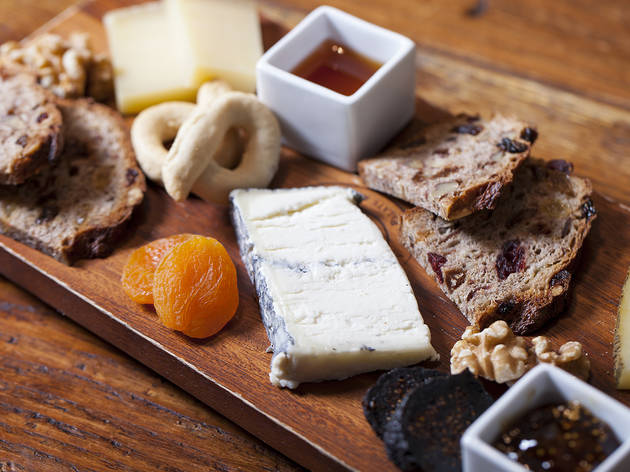 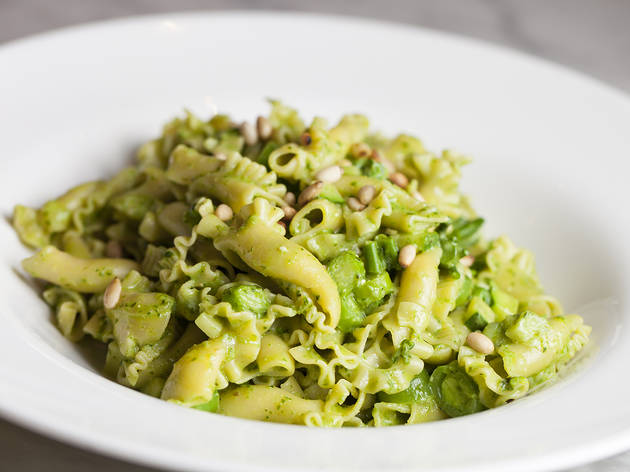 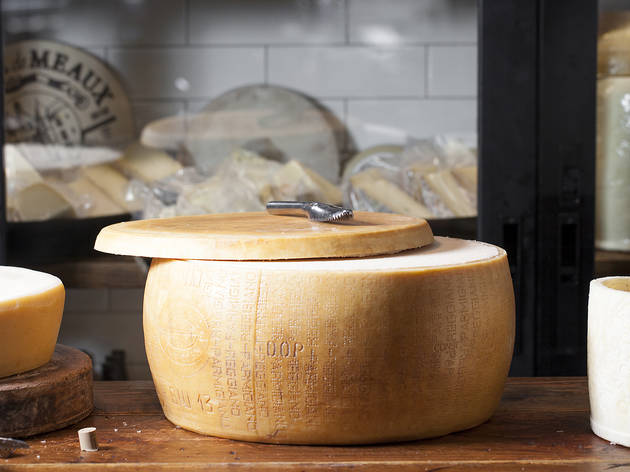 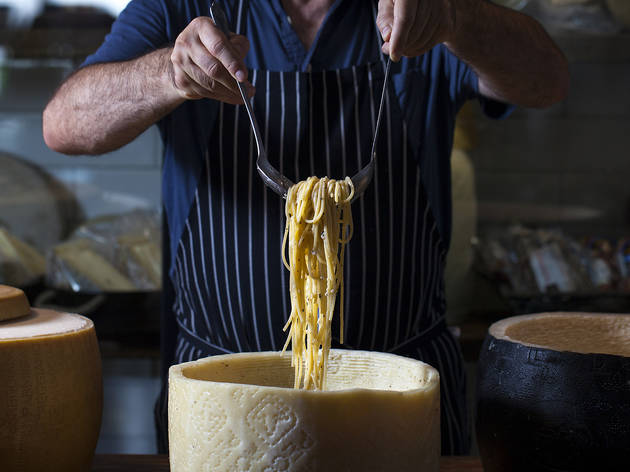 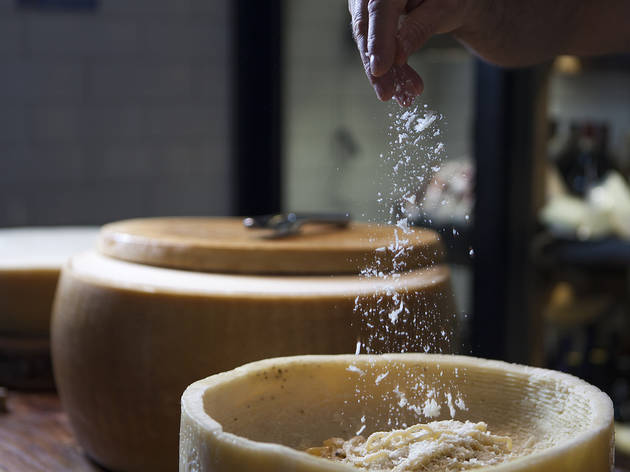 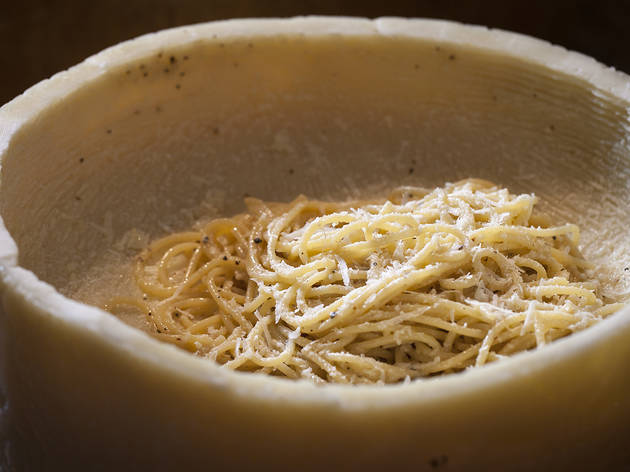 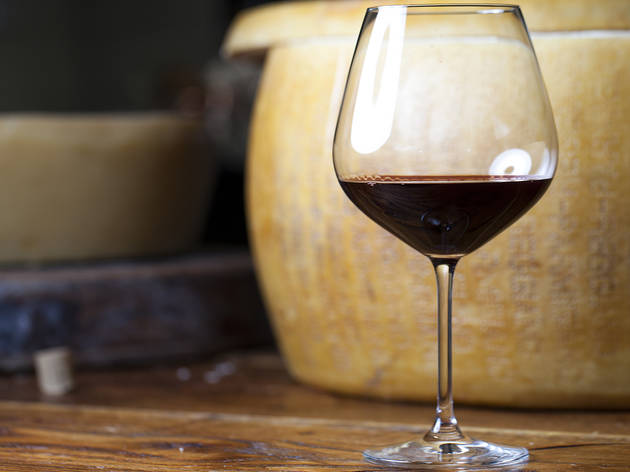 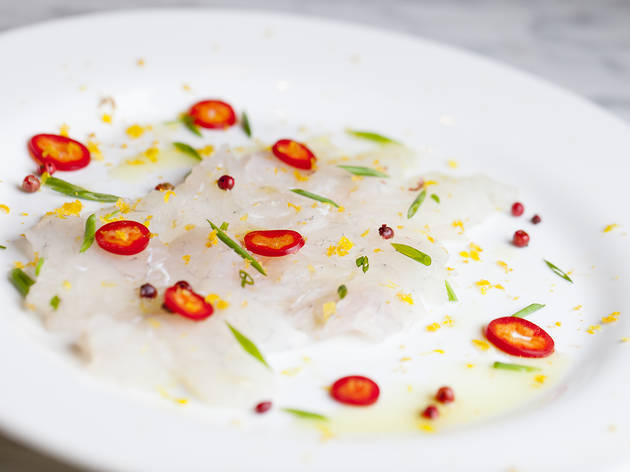 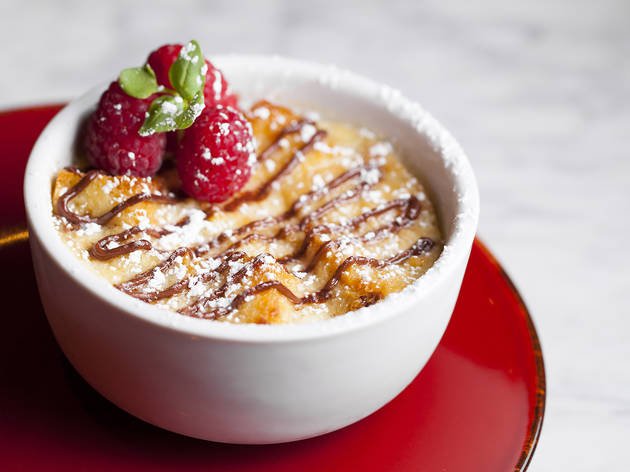 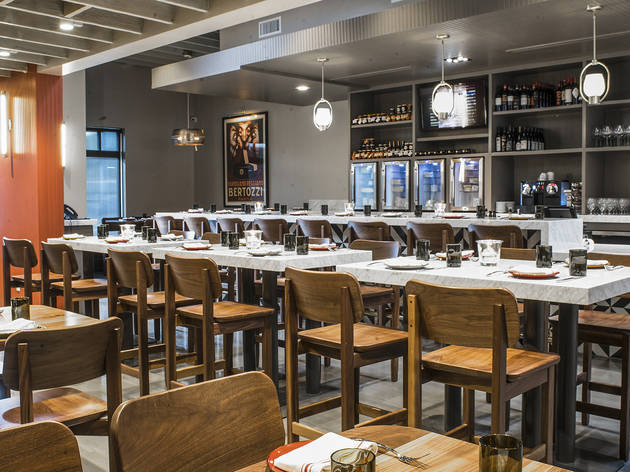 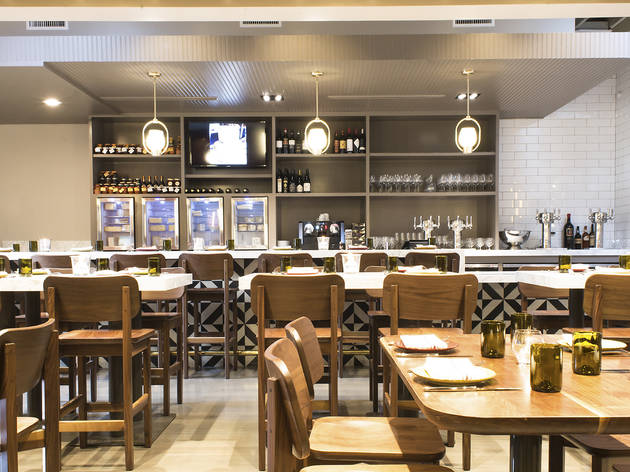 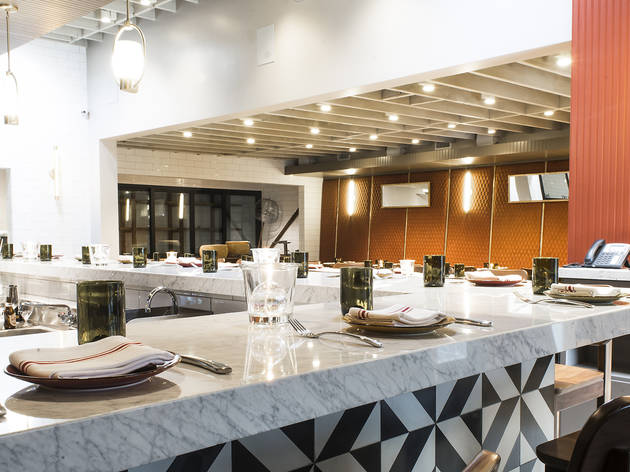 Forma is an Italian restaurant for true cheese lovers, and a veritable dining destination for incredible pasta and wine.

Do you like cheese? Do you like cheese on cheese on cheese? Then you will love Forma, a small Italian restaurant in Santa Monica that has dedicated not only its name but almost its entire menu to cheese. Small refrigerators behind the bar hold shelves of various formaggio, while at the back of the restaurant, pasta is tossed in giant cheese wheels in the dalla forma style. Don’t get the wrong idea, though. Forma isn’t gimmicky. Its commitment to cheese is whole-hearted and impressive. The restaurant is a dream come true for executive chef Piero Topputo (Toscana) and general manager Mario Sabatini, who was a lively, welcoming presence each time I visited.

I love cheese, and so of course I was giddy to find that a separate cheese menu was on hand for crafting my own cheese board. Broken down into distinct categories—soft-ripened, washed-rind, blue-veined, semi-soft, semi-hard and hard (make all the jokes you want; we certainly did)—each cheese is around $5 and arrives with a pairing of honey, jam, bread or some kind of dried fruit. The slices are small and the cost begins to add up, but it’s worth sampling a few at least once (the Humboldt Fog was a favorite). Appetizers and sides excel here, too: a plate of beautifully sliced branzino crudo, topped with shredded bottarga (fish roe) for a salty kick; and hearty stalks of sautéed broccolini, which avoided being limp or overly greasy.

Topputo’s pizzas are not a strong point, especially in the case of the raspadura lodigiana pie—a rubbery crust and far too much shaved cheese on top (yes, there is such a thing) are its downfall. But his pasta is phenomenal, especially when it comes to the dalla forma selections. Forma has one of the best cacio e pepe dishes I’ve had in LA: heavily peppered without being bitter, and finished with a decadent toss in the pecorino romano cheese wheel. The lasagnette al pesto is a lighter affair, though still just as satisfying with a basil pesto that evokes freshly plucked herbs. As Sabatini continued to make the rounds, stopping to check in and chat with each customer, we dove into a rich nutella bread pudding so fluid that it felt more like flan. It was outstanding—one of the few dishes we had without cheese, and yet just as memorable.

What to Drink: A fantastic wine list exists at Forma, with close to 70 bottles and 20 by-the-glass options available. Italy and France dominate the selection, but there are a few from the Napa Valley, as well as an occasional Australian or Chilean bottle. For a full-bodied, smooth red, a Pertinace Langhe Nebbiolo 2012 from Piemonte ($14) pairs well with the cacio e pepe. Don’t discard the beer list, though, which is broken up by lagers and all kinds of ales. I highly suggest going the traditional route with a Peroni ($7). You know, when in Rome.

Where to Sit: There is neither a patio nor outside seating at Forma; instead, the restaurant is an intimate, contained space, with booths lining one wall and tables scattered throughout. A communal high top is ideal for larger groups, while the cheese bar—essentially, a bar that faces a few fridges stocked with cheese—is perfect if you just want to sit down for a solo meal while watching a soccer match being shown on the bar's TV.