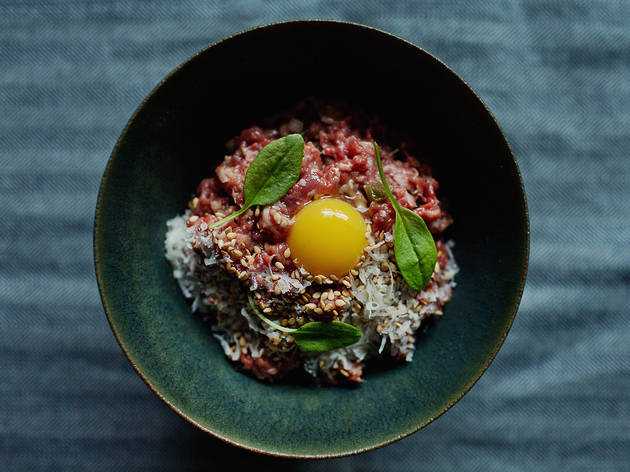 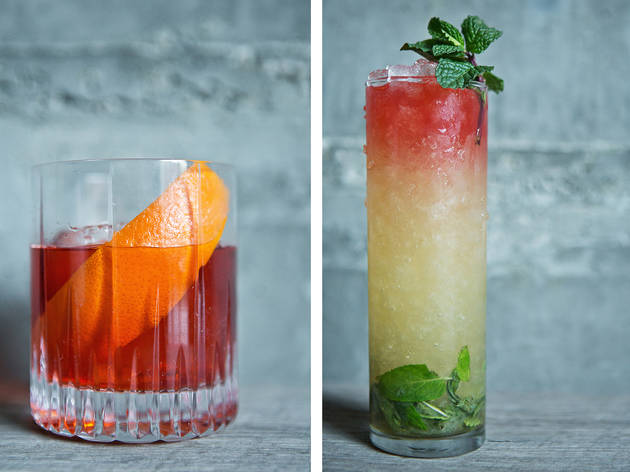 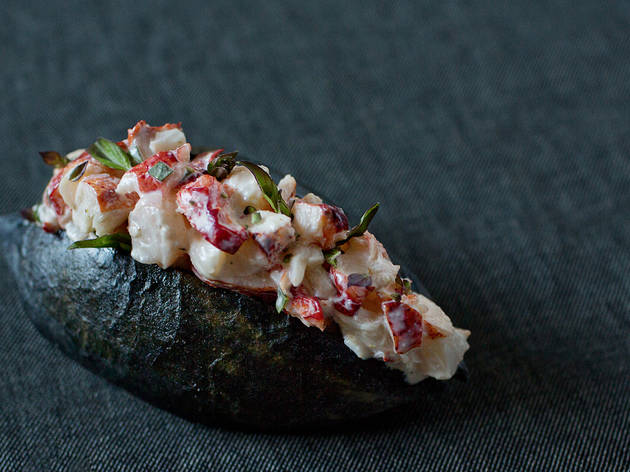 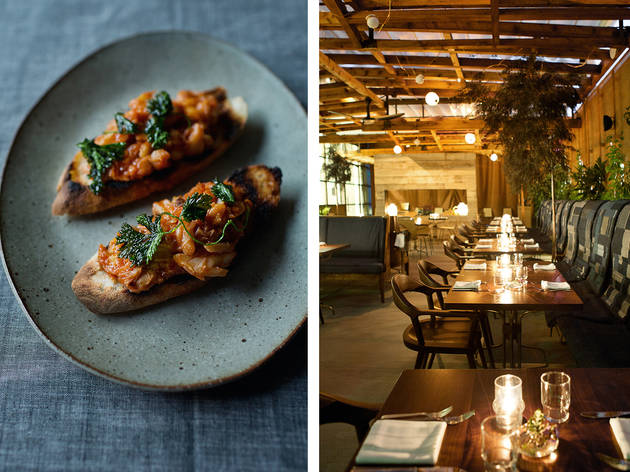 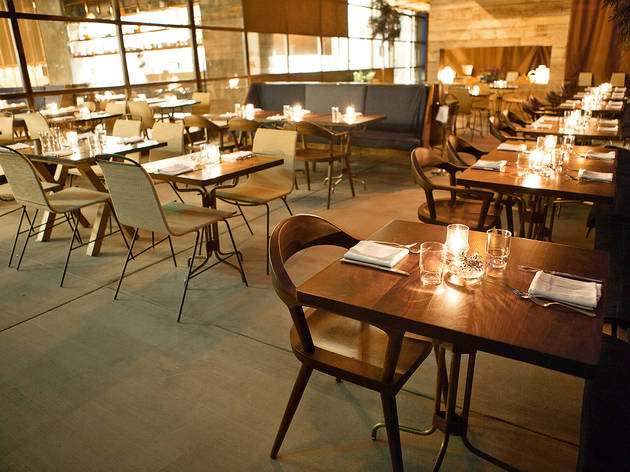 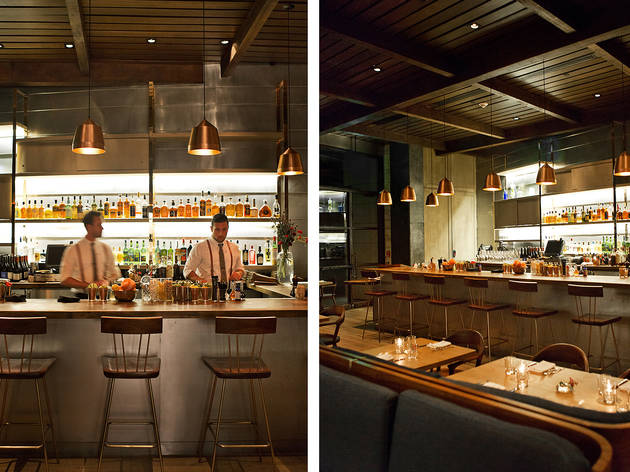 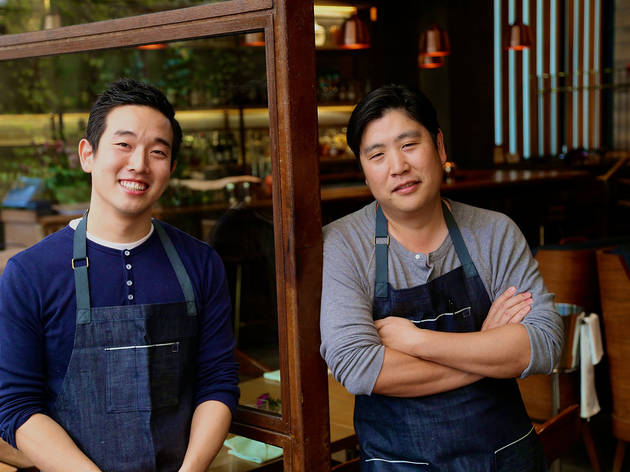 One of the first things you notice upon entering Hinoki & the Bird, the stunning, new  restaurant from chef David Myers and Kuniko Yagi, is that the hostesses are not wearing pants. They float about the dimly-lit dining room carrying plates of toast and charred rice balls in what look like oversized mens’ work shirts. While slightly off, but like much of the menu, it’s provocative and novel.

In a dining wasteland, Hinoki & the Bird is a welcome addition to Century City's CAA agents (and their celeb clients) nearby. The restaurant itself is a pretty little thing: Wood and slate gray with stylish, mid-century modern furniture outfit the dining room, and a covered patio is decked with lush greenery ascending the walls to create a space that feels both zen and hip.

The menu is compelling, plates are small and prices are high. Japanese-accented New American dishes—pumpkin toast with miso jam and goat cheese and curry-flavored lobster roll on a stark black bun—are fun but don't pack as much of a punch as one would hope. Despite its name, the chili crab toast, while tasty, lacks heat, while the ajwain-spiced tomato jam, served alongside deep-fried calamari, is no further elevated beyond what tastes like standard cocktail sauce. Umami-rich bites include the juicy braised shiitake mushrooms ($11) and beef tartare with quail egg and Parmesan cheese. Word of advice: Don't miss dessert. The salted miso mochi atop a bed of butterscotch just might blow your mind.

What to eat: Though the portion is meager, the beef tartare ($15) is tasty atop olive oil–grilled bread and the chili crab toast ($16) is worthwhile (as long as you're not expecting spice). A surprising gem on the menu is the simple "organic grilled rice" ($5). White or brown rice is rolled into a ball, glazed with soy and rice milk and quickly charred on the grill for a desireable crust. For dessert, the salty miso mochi ($4) is an absolute must.

Where to sit: Grab a table in front of the open kitchen to watch plates come together. During warm weather, the indoor/outdoor patio is a prime place to dine.

What to drink: A small bar, appropriate for post work libations, serves well-crafted reworked classics. Craft cocktails ($14) are strong and creative—try twists on classics like Kingston Negroni or Hinoki Swizzle—but beers are also available, by the bottle and craft options on draft.

Conversation piece: The entrance to Hinoki & The Bird is a bit clandestine: Drive up to the luxury condo tower, the Century, directly to the valet. Look for the slightest outline of a door, which is nearly concealed into the arc of the building. Don’t be fooled by the lack of signage. You’re in the right place.