Israeli cuisine is making waves, but Jaffa keeps its flavors at bay.

If you were to host a rumble between the country’s current culinary trends, one corner would most definitely be occupied by the food of Israel. It’s no great surprise to see this vibrant cuisine getting its moment in the sun; it draws from the full flavors of the Middle East, Spain and North Africa, all given a twist by the immigrants who brought their food and traditions with them. In L.A. alone, we’ve recently seen restaurants like Kismet and the Exchange give their own take on the cuisine, and now we have Jaffa.

It’s clear why it’s already carved a neighborhood niche, as the service is charming, if slightly harried. The bar makes splendid drinks. The room, while cramped, has a decent buzz about it. The food, however, seems surprisingly neutered, particularly when representing a cuisine so known for being packed with flavor.

The best dish of multiple visits was the appetizer of Tahina ($16), whose smokiness of charred eggplant combined beautifully with the deep savory taste of the tahini’s sesame, and the sweetness of a scattering of pomegranate seeds. It’s particularly good when scooped up with fresh pita ($4.50 per bag of two), which was soft in the center and slightly charred from its time on the grill.

The terrific start unfortunately wasn’t maintained by a standard bowl of hummus ($9.50) that had a smooth texture but far too much za’atar. The same was true of the hamshuka ($16), where the same hummus appeared, but under a perfectly poached egg and a dollop of shakshuka. The sabich flatbread ($14.50) was perhaps the biggest disappointment: with its combination of fried eggplant, cucumber, eggs, tahini and zhug, the sandwich was a highlight on a recent trip to Israel,  but Jaffa’s—served layered on a flatbread—lacked all the brightness of the original.

The meats were better. Both the roasted chicken ($26) and lamb couscous ($35) proteins came from quality sources and both had been cooked on-point, particularly the lamb, which broke apart at the touch of a fork. Yet the word that kept coming to mind was “anodyne,” a sense that these dishes had been toned down so as not to offend, rather than offering the unapologetic flavors of the region. And that, to me, is the real problem with Jaffa.

Most of the dishes were perfectly serviceable, but barely lingering in the memory longer than in the digestive tract. Perhaps that’s what makes Jaffa a great neighborhood restaurant: a place where the food is neither good nor bad enough to distract you from conversations with your companions. And, by those standards, Jaffa is a success. From a purely culinary point of view, however, I’ve written hundreds of words to describe my visits, when all I really wanted to do was type a shrug emoji.

The Tahina is definitely the dish to try.  Pair this with the house-made pita and a glass of spicy red wine for a great solo meal.

The interior is congested; try and grab a table on the outside patio, or better still, eat at the bar.

The cocktails at Jaffa are rather good; opt for the Blue Collar. The wine list contains not only a wide range of organic, sustainable and biodynamic pours, but also a selection of kosher varieties, and with enough bottles at around the $50 mark. If you’re feeling strong of liver, finish your meal with a shot of Jordanian Arak, an anise liquor. 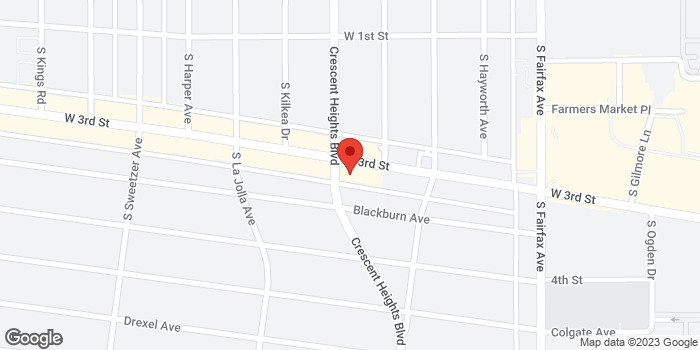