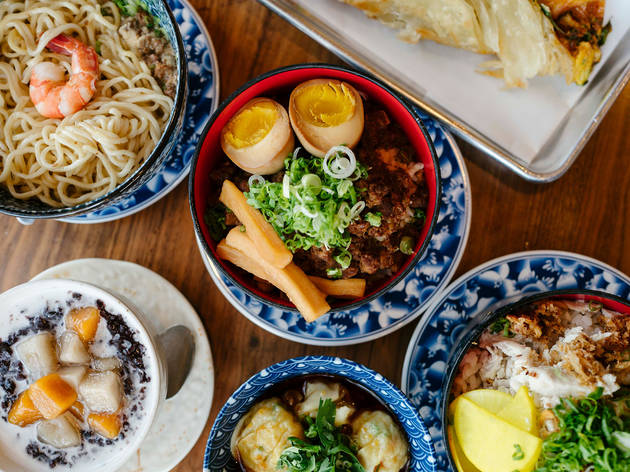 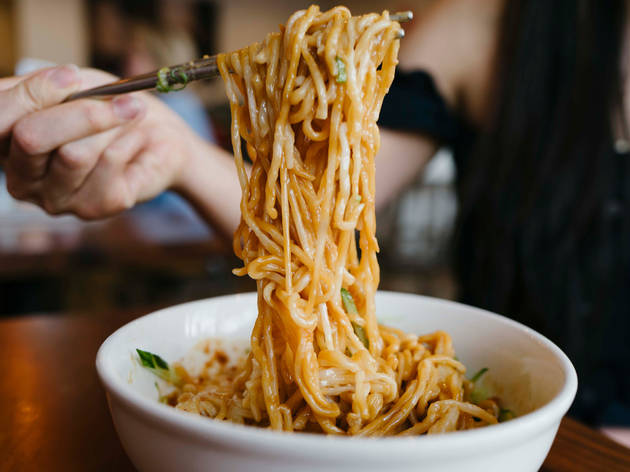 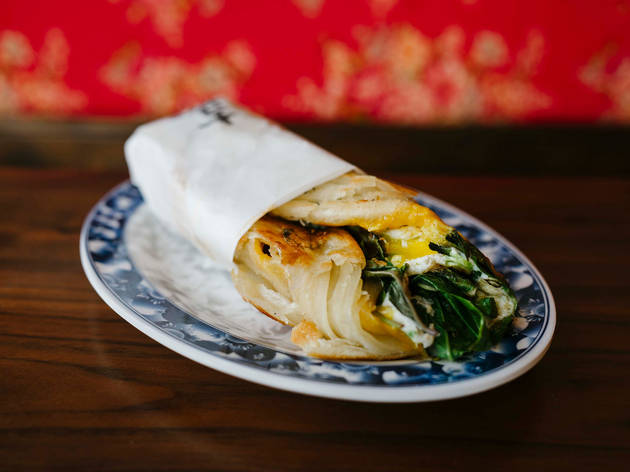 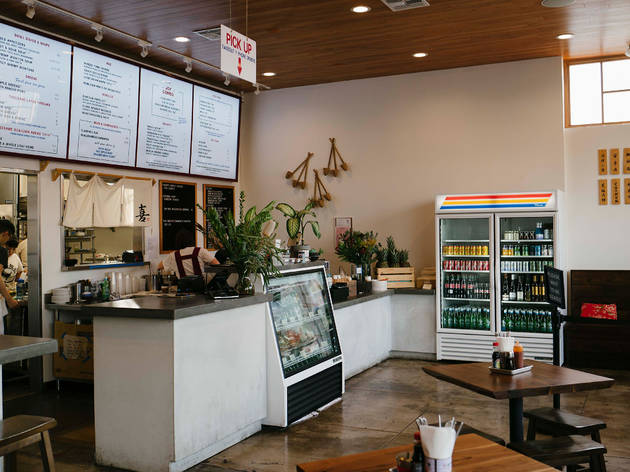 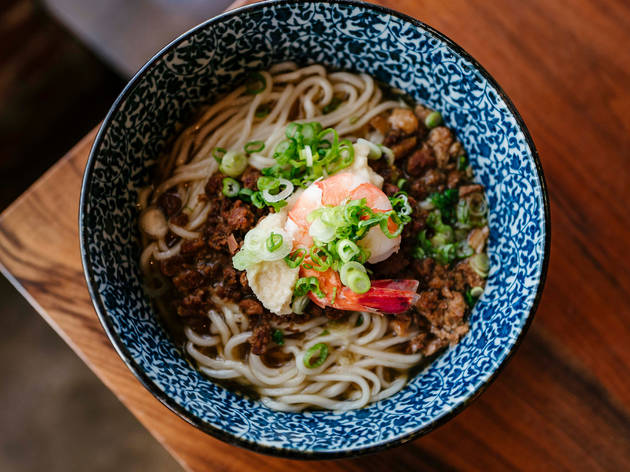 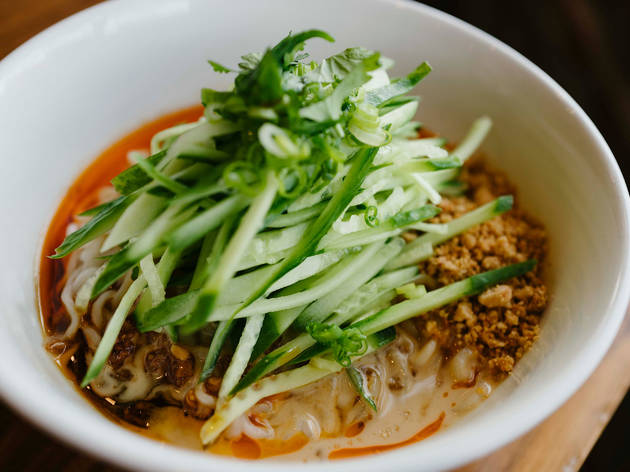 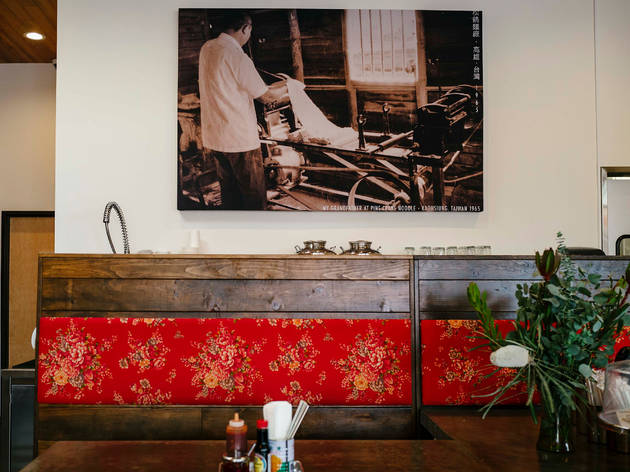 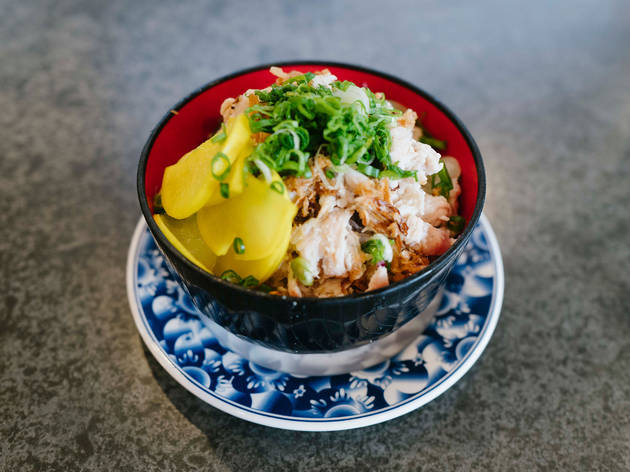 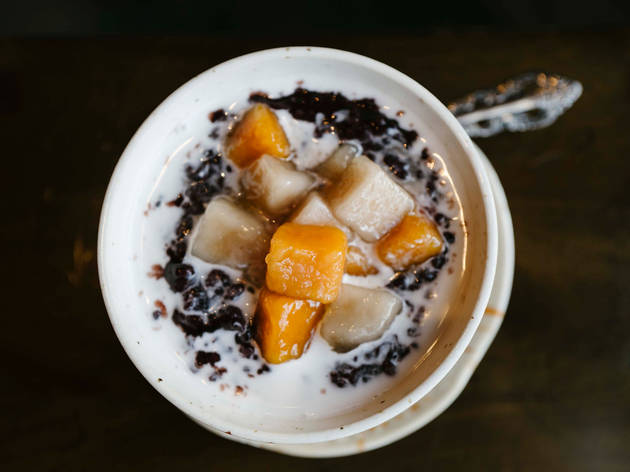 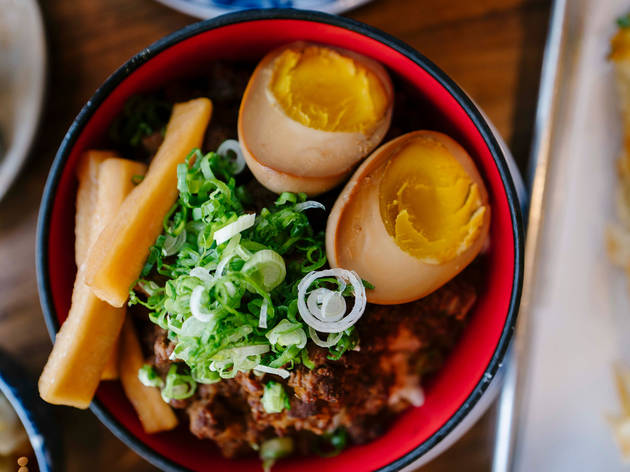 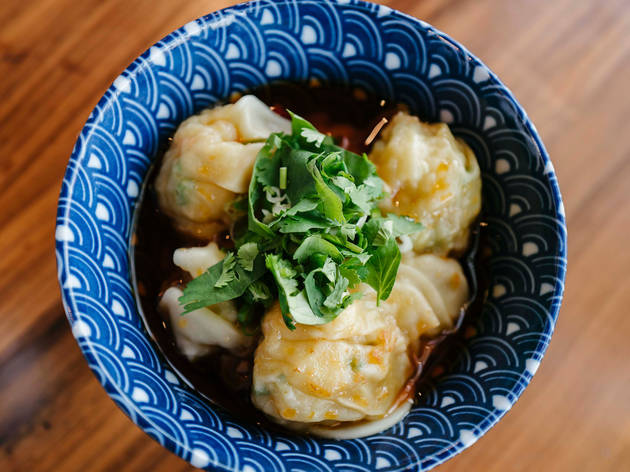 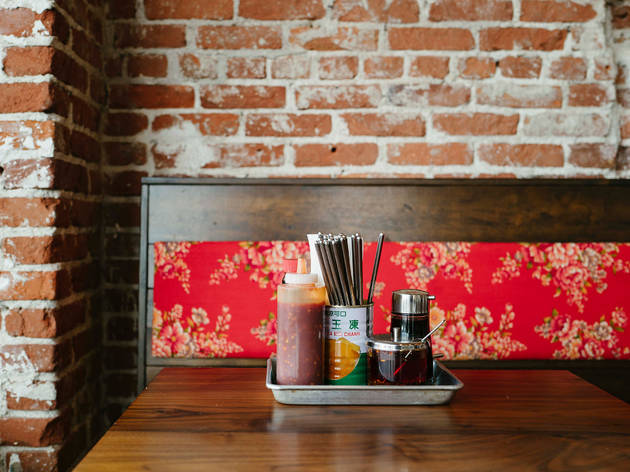 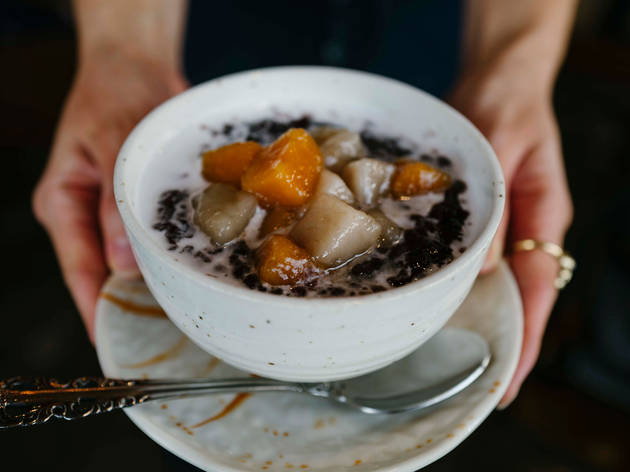 Pine & Crane's sibling spot proves much more than an imitation of the original.

The sizeable lines to order, the fight-for-a-seat fast-casual nature and the fiercely hip vibe of this offshoot of Vivian Ku’s Silver Lake staple, Pine & Crane, might be enough to keep some of us from choosing Joy on York. That, however, would be a mistake.

Despite housing so many of the aspects I consider most grim about L.A.’s dining trends, Joy’s food is often good enough and the service amiable enough to make even the most curmudgeonly forget their dislike of no-reservations restaurants.

The menu is compact, featuring a handful of appetizers, rice and noodle dishes, and a selection of sandwiches. And while there’s overlap with popular items at Pine & Crane, there are enough new options to make this very Californian take on Taiwanese cuisine more than an imitation of the original.

Spicy shrimp wontons ($7) provide a good sharing plate to begin; the wrapper of the dumplings takes a little tooth pressure before breaking, at which point allowing a deep, savory sauce to flow in and douse the seafood filling. A thousand-layer pancake with egg, cheese and basil ($8) presented the contents in a pancake that was both light and beautifully flaky, and large enough to suffice as a meal on its own—as would all of the main courses we tried.

Best amongst those were the two takes on classic Taiwanese rice dishes: minced pork on rice ($7) and Chiayi chicken rice ($7), both of which use Californian Koshihikari rice whose texture and aromas provide the perfect base for the Kurobuta braised pork and the purposefully chewy shreds of Jidori chicken. Dan Dan Noodles ($8) with Jidori chicken breast ($2.50) passed us by without much comment and differed little from just about every bowl of the same I’ve eaten. The Slack Season Noodles ($8)—a tribute to the off-season eating habits of Taiwanese fishermen, and hence, the solitary shrimp perched atop the bowl—offered noodles with a bit of a bite, but benefited from a dose of excellent chili oil to turn the ignition key to the broth. We added a slice of sesame scallion bread ($2.50), which proved to be the only duff note of the meal, being dry and unappealing, even when used to mop up the remains of the sauce.

Watching servers wander bemusedly around the restaurant in search of a table number is quite endearing; eventually, one of them found their way to ours with a dessert of forbidden-rice pudding ($6), which was, much like the service, quite sweet.

The small dining area fills up quickly and the food comes at you at a rapid enough pace to make lingering unlikely. Yet, we never felt pressured or processed to rush through our meal, which—at around $40 for two, including gratuity and soft drinks—is just as well. That said, while this would never be the place to bring someone on a fancier date, if you’re looking for a great lunch spot or a pre-event meal, Joy is very aptly named.

If you arrive around peak mealtimes, then you sit where you can find a space. However, if I lived close by, I could see myself solo dining at Joy often enough to earn a counter seat with my name on it.

A shared order of shrimp wontons, a thousand-layer pancake with the works, a bowl of Chiayi chicken rice and the forbidden-rice pudding would see two people leave with smiles on their faces.

On hearing this, they might well drum me out of the British “tea with anything but a splash of milk in it is barbaric” club, but the house fresh-fruit tea ($4.25) is rather lovely.