With extra space (and a much higher price), Jon Yao’s relocated Michelin-starred eatery has joined the big leagues. Is that good or bad? A bit of both.

Despite the increasing ubiquity of the tasting menu, the economic reality of many L.A. diners remains: a meal that costs $150 to $250 per head before drinks is an occasional treat, meant to be savored yearly or perhaps monthly, if you’re lucky enough to possess that kind of disposable income. For others, that type of edible luxury helps mark 10-year anniversaries, college graduations and other events that happen once in a lifetime.

In its first few years of existence, Kato’s tasting menu skirted well below that price per person at its no-frills strip mall location in West L.A. The everyman accessibility, as well Jon Yao’s innovative pan-Asian dishes, earned the small eatery critical acclaim at both the local and national level. Around 2019, the year Kato earned a Michelin star, the self-taught L.A. chef narrowed the menu’s focus to Taiwanese cuisine, including signature dishes inspired by his mother’s cooking. Now relocated to a much grander dining room within ROW DTLA, the restaurant has undergone a full-tilt transformation from scrappy Westside gem to definitive fine dining destination, with a significantly higher $225 price point to match.

At Kato 2.0, the food is exceptional, the surroundings dazzling, the service best-in-class, but a meal here, while still quite delicious and vividly evocative for Asian Americans in particular, lacks the scrappiness and casual appeal that first landed Yao on the map. Instead, the restaurant now offers a cost-prohibitive fine dining meal complete with bells and whistles—a fact that, Taiwanese nuances aside, renders Kato oddly indistinguishable from the rest of the pack.

Reflective of Yao’s love of seafood, the 10-odd courses on the menu change on a seasonal basis, though new dishes rotate in here and there, depending on the chef’s whims, built around a mix of Asian and luxury ingredients. A delightful caviar course served in a cocktail glass melds Dungeness crab, Korean spinach and koji into a creamy sauce, perfect for dipping a flawless piece of the Japanese milk bread served alongside it. Dishes like a deep-fried sea urchin doughnut bite draped in iberico ham and supplemental A5 Wagyu check the box for a decadent special occasion, though they feel out of sync with lighter courses, like the umami-rich chawanmushi made with abalone and English peas.

For many Asian Americans dining at Kato, including myself, moments of nostalgia are likely to pepper the meal: the essence of homestyle Taiwanese soy-braised ribs distilled into a saucy, multi-textured bowl of white rice served alongside aged duck breast. A fried Hokkaido scallop in a shallow pool of oil and fragrant fish sauce recalled the Cantonese steamed fish served on the banquet-style Lazy Susans of my childhood. Many Asian diners might swell with a sense of pride at seeing ingredients like black vinegar, milk bread and powdered injeolmi command hundreds of dollars at Kato, though I wouldn’t count myself among them, and no singular dish managed for me to conjure the sort of Proustian madeleine moment so many others had previously raved about.

What just might separate Kato from other equally expensive, equally excellent restaurants, however, extends beyond the kitchen into beverage and hospitality. With the full liquor license at the ROW DTLA space, the restaurant now also offers flights by Ryan Bailey and Austin Hennelly, including an exceptional non-alcoholic pairing with all the complex cadences of its traditional wine counterpart and none of the booze—the only one of its kind, as of writing, in Los Angeles. Nikki Reginaldo, Yao’s front-of-house partner, imparts a sense of personal warmth and thoughtfulness to service that keeps the restaurant full of regulars, many of whom, she recently told Eater, are second-generation Asian Americans from the San Gabriel Valley. Given the current cost of dining at Kato, this is an altogether impressive feat.

Still, with the final bill comparable to other established Michelin-recognized destinations (Mélisse and Maude, to name just a few), Kato enters purely special occasion territory for most people. Unless you’re specifically in search of uniquely Asian American fine dining, the newer, fancier Kato doesn’t differentiate itself substantially from meals of similar caliber and decadence—and I wouldn’t universally recommend going here for the type of ultra-expensive meal that’s already few and far in between for most people. It is, however, an excellent example of the genre with a firmly Asian American twist: the delicious take-home egg tart handed to me at the end of the night made that point more than clear.

The vibe: Industrial and spacious, with concrete floors, recessed lighting and an open kitchen. Thoughtful pieces of artwork by Yao’s grandfather by the bar and a larger mixed media piece mounted towards the back inject personality into the space.

The food: A unique Asian American fine dining experience consisting of 10 or so seafood-heavy courses. Highlights as of writing include the caviar course with milk bread, the fried Hokkaido scallop and the aged duck breast with rice and gai lan.

Time Out tip: If you don’t have $225 plus beverage, tax and tip to spare, try nabbing a seat at Kato’s walk-in bar. The menu of five or so savory bar bites displays the same level of Michelin-recognized precision for a fraction of the cost. 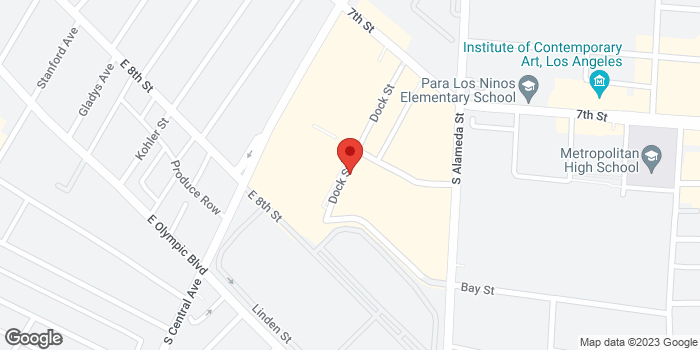