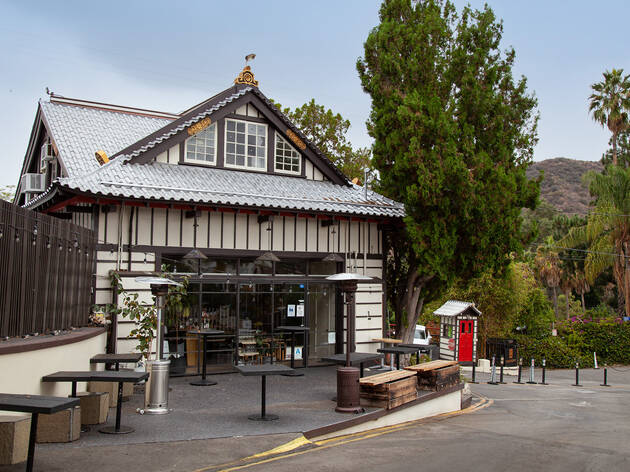 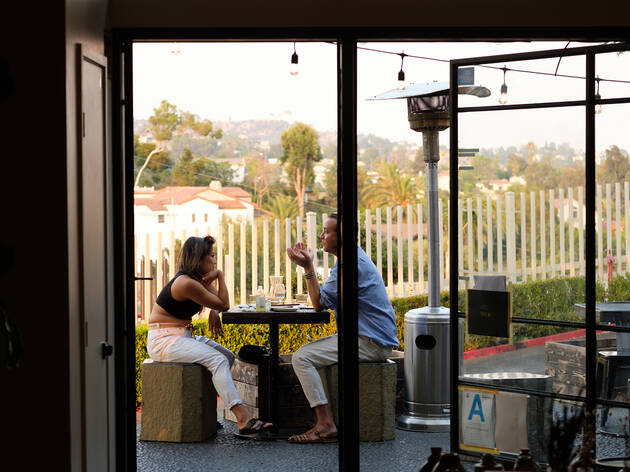 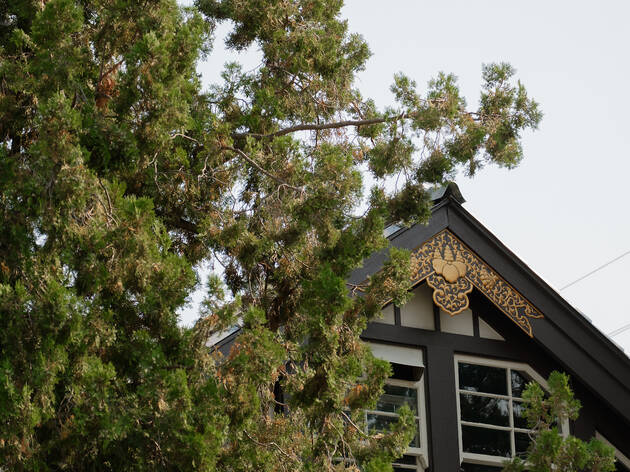 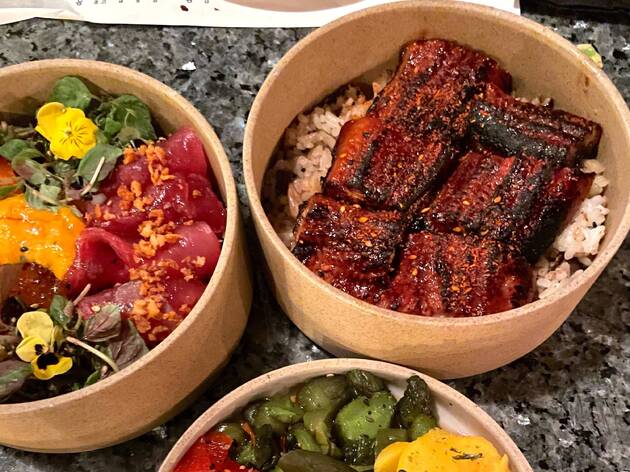 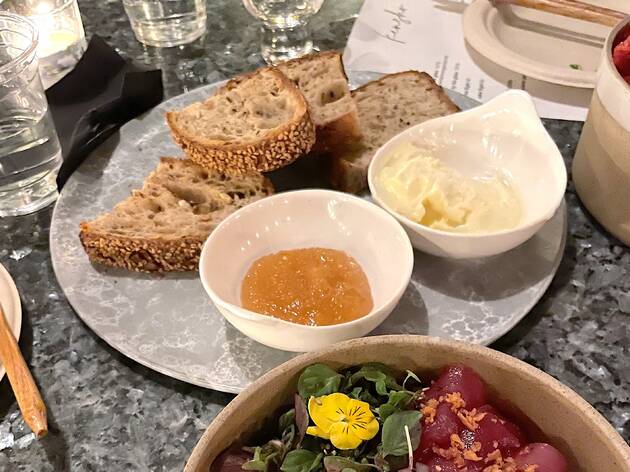 The word “liminal” originates from the Latin root limen, which means “threshold.” Often used to describe the odd period between sleep and wakefulness, liminal spaces are zones of crossing over, in-between and ultimately, transition.

Located on the historic Yamashiro property in Hollywood, the small cottage that houses Kensho can easily be overlooked by vehicle-bound diners flocking to the iconic pagoda eatery up the hill that boasts sweeping city views and not much else. Right off the liminal road between the Magic Castle and Yamashiro, however, sits one of the most magical, underrated dining experiences in the city.

Since opening in 2019, Kensho’s mostly outdoor 25-seat space has played host to a rotating menu of almost Japanese food and natural wines that thrives on minimalism and restraint.

Over the course of the pandemic, the team—like most restaurants—had to get creative to stay afloat, leading to lasting changes that have augmented Kensho’s on-site dinner offerings. The origins of Kensho’s six-piece Kyoto-style temari sushi set—one of the restaurant’s most popular (and hopefully permanent) menu items—can be traced to the short-lived DSCO Sushi pop-up, which the team ran last winter and spring. Cute, round and individually seasoned, every fish-topped ball of rice inspires a burst of sheer delight that only magnifies with each passing bite.

Like L.A. itself, Kensho’s service remains eternally upscale-casual. Servers dole out dishes that come out of its single induction burner kitchen simply when they’re ready, which can lead to haphazard timing in regards to starters and more entree-like small plates. Well-versed in Kensho’s playful-yet-curated wine and sake offerings, the staff can nimbly take you through tasting notes on the ever-changing trios of the restaurant’s wine and sake flights. This more relaxed approach to hospitality pairs well, like a glass of natural white wine with Kensho’s yuzu crab rice, and lends itself to intimate dates and get-togethers.

Every dish seems to exist in its own world, where the rice paired with its two-tiered bento of unagi and pickled vegetables tastes entirely different from its chirashi rice—the latter's unique flavor-texture combo stemming from black sesame seeds and a near habit-forming yuzu salt. Reflecting restaurant’s minimalist ethos, its small dessert section serves as more of a palate cleanser than a bold grand finale. On a recent visit, the espresso mochi and berry-topped matcha coconut cream felt like the muted fourth act of kishōtenketsu, an East Asian story structure that confuses those used to a three-act Western plot structure.

Every meal, thankfully, also seems to exist in its own world at Kensho, despite being only a short stroll away from a grandstand night-worthy restaurant that hosts a longtime paparazzi bait diner as a daytime pop-up. Available by reservation only, Kensho’s tale of speculative fiction, in edible experiential form, is worth the need for advance reservation on Tock and each precious dollar in your finite dining budget.

The vibe: With compostable sharing plates, candlelit lighting and rickety stools, this is scarcity-driven millennial minimalism parlayed into understated elegance at its finest. Although Kensho boasts only a view of the driveway and the moon on a clear night, the focus at this intimate, almost homey space tends to naturally gravitate to the food and company at hand.

The food: Almost Japanese, plus excellent bread from Clark Street Bakery and charcuterie thrown in for good measure.

The drink: A regularly changing selection of natural wine and sake by the glass, as well as wine and sake flights ($40) for the more connoisseur-minded. Bottles are also available inside for purchase—no additional corkage fee.

Time Out tip: Walk up the hill to Yamashiro’s terrace garden before or after your meal to decompress and take in breathtaking views of the city.