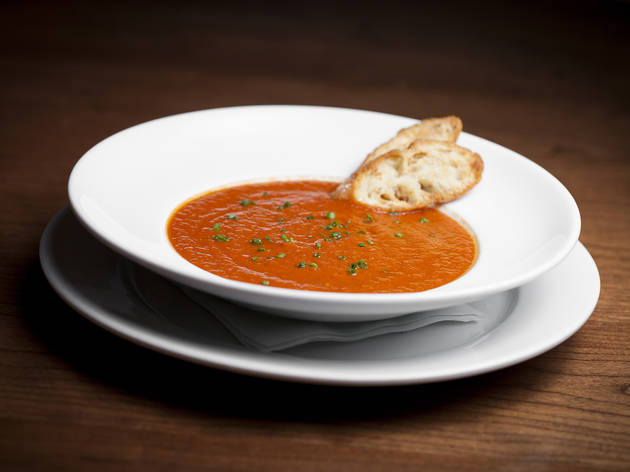 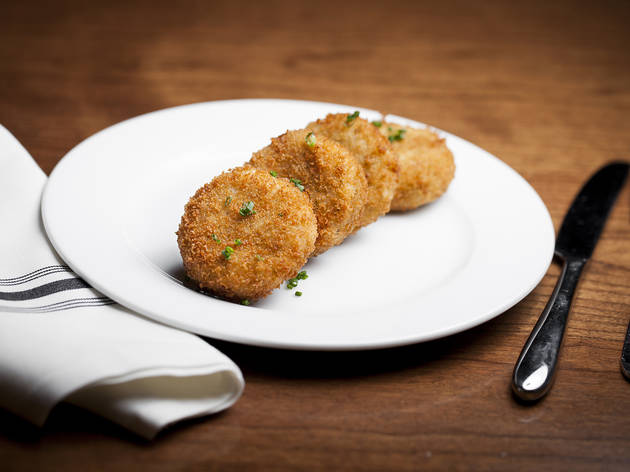 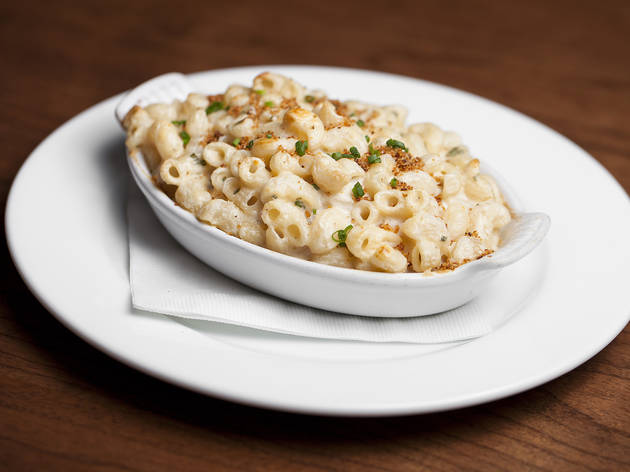 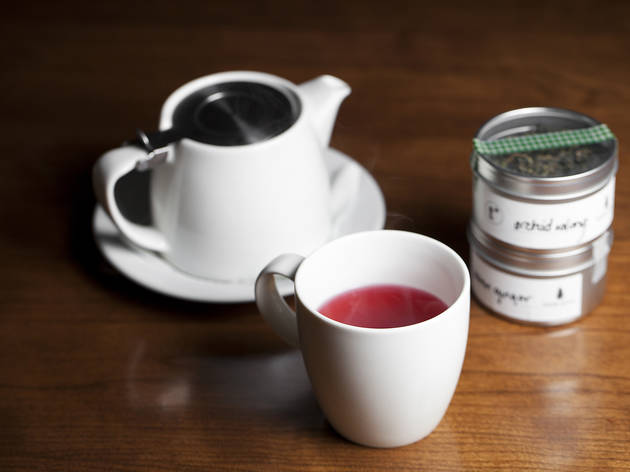 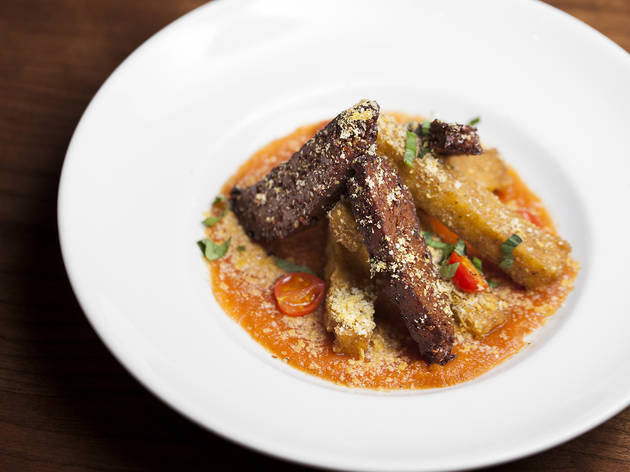 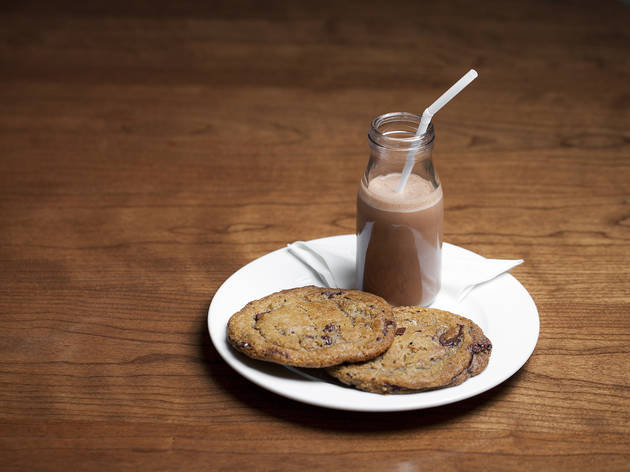 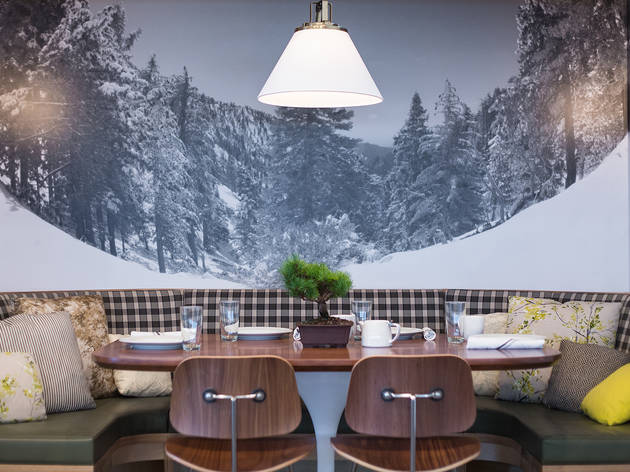 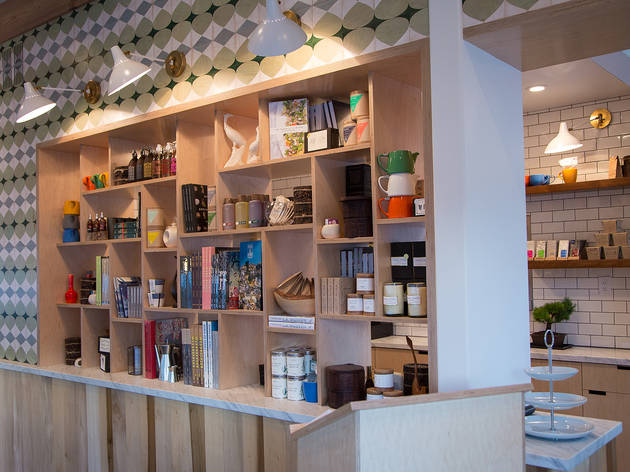 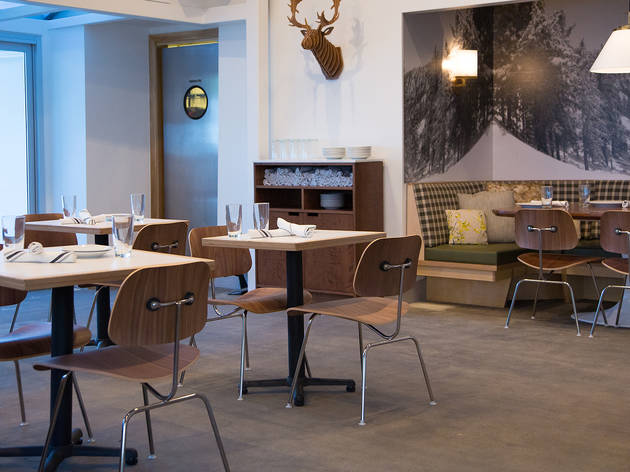 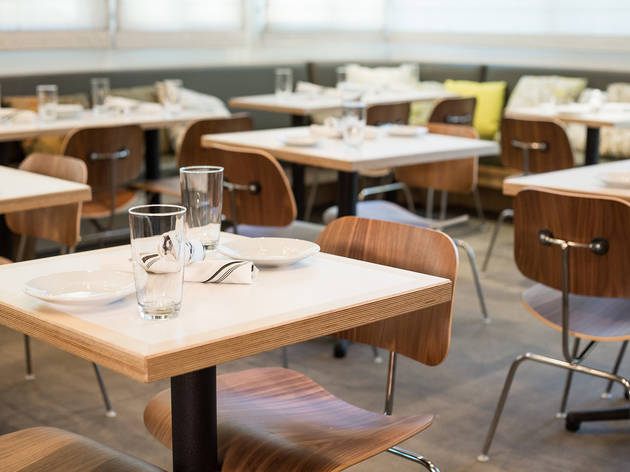 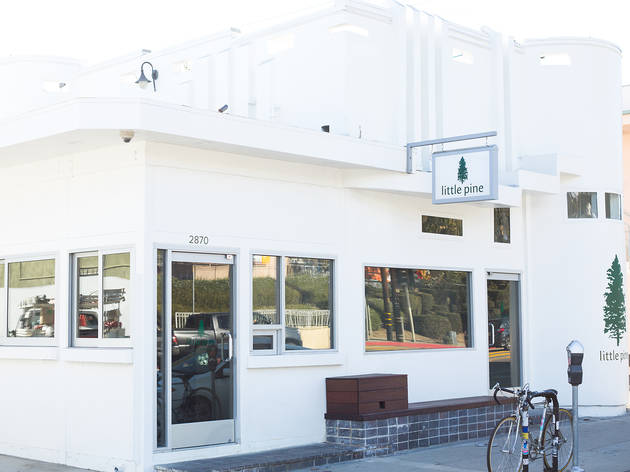 The ethos behind Little Pine, a vegan restaurant in Silver Lake, is commendable, but the food still needs some work.

There is plenty you want to like about Little Pine. The Silver Lake restaurant—opened by Moby, as I’m sure you’ve heard by now—is 100 percent vegan. Inside, the earthy design channels a cabin-in-the-woods vibe, an aesthetic that casts a peaceful calm over the space. And how could anyone dislike a restaurant so charitable, one that gives all of its proceeds to animal welfare organizations?

I wanted to like Little Pine for all of these reasons and more, but the food wouldn’t let me. That’s not to say that good food is entirely lacking here. The tomato soup here is a solid antidote to a chilly LA night, and the broccoli arancini, while not the healthiest, fills every creamy-meets-fried craving you might have. And the mac and cheese? Toss aside any misgivings you might have about vegan versions of this dish. Made with gluten-free pasta and housemade cheese sauce, and topped with toasted breadcrumbs, it’s a clear standout among the other menu items—thanks, in part, to a nice textural contrast between the crust and the al dente noodles. What a shame, then, that it comes as such a small portion. “I could easily eat two of these,” said my friend, while I secretly wondered if even two would be enough.

Arancini, mac and cheese—these are not the best dishes to judge a vegan spot’s merits. What of the more vegetable-based items? Sadly, this is where Little Pine begins to fall apart. A farro walnut salad is laden with oil, coating everything from the butternut squash to the pomegranates. The wild mushroom bruschetta managed to be an exercise in oil, too, as thick wild mushrooms and caramelized onions seeped into the bread. When a meat substitute, seitan, was paired with polenta, I expected a creamy bed of the cornmeal, not the fried, greasy sticks of polenta that arrived. How is it that I felt more unhealthy eating here than at a taco truck down the street?

You can end your meal with a decadent duo of cashew milk and gooey chocolate chip cookies, though it will not leave you feeling any better about yourself. I wish the vegetables at Little Pine had been more utilized and on display, highlighted in a way to show that, yes, you can create incredible dishes without meat or other animal products. There are enough vegan restaurants in LA that already do that, and maybe that’s part of the problem: in a city where veganism is less of an anomaly and more of the norm, Little Pine doesn't have the chops to stand next to its meat-free brethren.

What to Drink: Little Pine has a great wine list—a smooth Nero d'Avola from Broc Cellars was almost the best part of our meal—but just as impressive is the tea list, an obvious point of pride for Moby. Tea can be ordered by the cup or pot and comes in a rainbow of options: green, black, herbal, oolong, you name it. Chocolate, strawberry and vanilla cashew milk is also available—a viable dessert option on its own.

Where to Sit: A select number of seats are available on the outdoor patio, but there’s plenty to look at inside, too: candles, rustic wallpaper, a charming gift shop. One deterrent? Some of the chairs are stiff and uncomfortable.