It should come as no surprise to anyone following me on social media that Charles Olalia’s new full-service take on Filipino cuisine is going to get a huge thumbs up from yours truly. After all, it’s one of my most frequented restaurants, and I’ve long considered the longganisa bowl served at Olalia’s quick-and-casual operation, RiceBar, to be one of my favorite dishes in L.A.

That being said, there’s always a danger that the magic will be lost in translation when a chef transitions from counter to full restaurant. I’m thrilled to say that in Olalia’s case it hasn’t, and his newest can join LASA, Sari Sari Store and his own RiceBar, among others, as proof that Filipino cuisine’s moment is here.

Ma’am Sir—which takes its name from the cheery greeting used by Filipino workers in the tourism, retail, food and the general hospitality industry—is already proving popular. On both visits, it was packed with a mix of Filipino families studiously eyeing the menu for famous Pinoy dishes, and a younger Silver Lake crowd who’ve already made the restaurant a stopping point. I never use the word “elevate” about new takes on traditional cuisines because, quite frankly, they’re already fantastic—that’s the genuine spirit you discern when eating at Ma’am Sir, and it’s reflected by the hospitable nature of the service.

Fresh-baked pan de sal ($6) arrives warm, as it should be, and with a house-made curd flavored by pandan, a tropical and floral fruit. And when even the very thought of the ubiquitous deviled egg on a menu is enough to make me want to cut my own liver out with a spoon, the shrimp deviled eggs ($7)—laced with flavor found in the traditional noodle dish of pancit palabok—were good enough to drag me back in.

On the whole, the main dishes worked well, too. The crispy pork lechon ($18) was enough to cause a disagreement between my wife and I over who would have the last piece of crackling pork skin. (For the record, I lost.) The most famous pulutan dish—or food to have with beer—in Filipino cuisine is pork sisig ($16), and Ma’am Sir’s is just as good as any I’ve had in L.A. or the country itself. It had the prerequisite crunch from the braised and fried pork, the fruity heat from serrano chiles and just the right amount of acid from calamansi citrus. Another dish, the chicken skewers ($12) balanced char, heat and sweet—from marinating in Heinz ketchup, no less—to make perfect, juicy bites.

Side and rice dishes are also very much on point: a smoked-fish fried rice ($12), offered as a special, came with flakes of tinapa: a smoked galunggong (scad fish)—a perfect accompaniment to the main dishes, particularly when splashed with Datu Puti, a Philippines brand of cane vinegar.

Not every dish is going to work as well. The “lumpia” ($14) spring rolls came filled with shrimp mousse and topped with uni; while the rolls were fine on their own, I’ve never understood the desire to put sea urchin on warm food, as it inevitably ends up changing from a fresh bite of ocean joy to a mouthful of briny slime. Chicken adobo ($14) and the beef-and-peanut kare kare stew ($18) might be two of the most famous of Filipino dishes, but both felt here like they’d been neutered to avoid offending the uninitiated. The adobo lacked the deep savory taste that comes from braising the bird in soy, garlic and bay leaves, and even with a hit of alamang (shrimp paste) the kare kare felt a bit flat.

However, it can be forgiven for the creation of the best dish of them all—in fact, for the creation of this dish, one could even forgive Olalia for the crime of not using the same heritage Philippines rice he’s known for at RiceBar. The longganisa sandwich ($12) is going to find its way into any self-respecting list of the best sandwiches in Los Angeles. The uncased sausage patty is made to a slightly different recipe from the one I adore so much at RiceBar, but is still a thing of beauty. And, when served on a soft King’s Hawaiian roll with atchara (pickled shredded vegetables) and a dollop of garlic mayo, it is hard to do anything but smile at how good it is and wonder if it would be unseemly to order another for dessert.

At Ma’am Sir, Charles Olalia isn’t attempting to redefine or deconstruct Filipino cuisine. Instead, he takes a genuine joy in its Spanish, Chinese and Malay heritage, chooses a selection of classics from the vast repertoire, and then does his best to execute them really, really well.

Man alive, does he ever.

If offered one of the handful of booths at Ma’am Sir, take it. The restaurant is small, to say the least, and nearly always crowded. If, like me, your desire for lutong Pinoy is greater than your stomach capacity, the tiny tables for two don’t suffice, as plates arrive in rapid succession. If dining solo, the bar is a great place to sit and also operates as a test kitchen for new dishes.

The shrimp deviled eggs, pork sisig and the sensational longganisa sandwich are already marked down as musts for each of our many planned returns. I also keep promising that I’ll make room for the warm dessert of banana bibingka ($8), a traditional rice cake, here served with pandan whipped cream.

While a bottle or two of “Extra Strong” Red Horse is always fun with Filipino food, Olalia’s take on the classics is also well served by the cocktails, craft beer offerings and the tiny but well-composed wine list. A Neusiedlersee red from Austria ($11 per glass, $44 per bottle) suits just about everything on the menu. 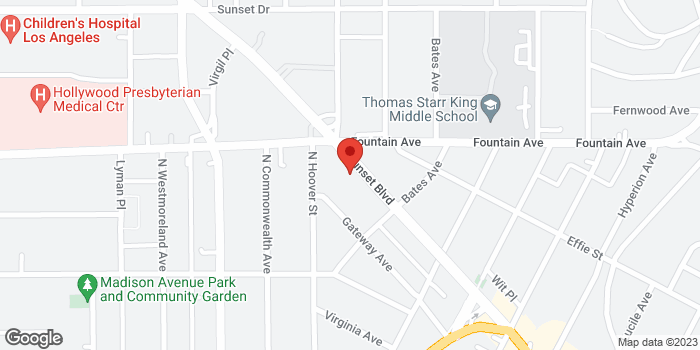