What, exactly, does L.A. taste like to you? Some might extol the virtues of a glorious street taco, the first bite into a luscious SGV dumpling or even a Double-Double fresh off the plane from LAX. For now, and perhaps forevermore, my honest, unfiltered answer would be the bluefin tuna tostada with salsa fresca at Manzke. That the newly opened tasting menu concept above Bicyclette—which Time Out crowned the city’s best new restaurant of 2021—is excellent comes as no surprise, but the extent to which the eponymously named eatery raises the bar would astound even the most grizzled veterans of the L.A. fine dining scene, and arguably the global one as well.

Consisting of a dozen or so French-leaning seafood-centric courses (the unforgettable tuna tostada among them), the $225 tasting menu available, all things considered, is absolutely worth it for anyone wanting to ball out for a special occasion. Those who can afford to shell out will experience the purest expression of Walter and Margarita Manzke’s decades of culinary mastery. Unlike many other similarly priced L.A. spots, an experience at the couple’s newest restaurant calls to mind the French expression bon rapport qualité-prix, a phrase that literally translates to “good quality-price ratio.” In addition to all the trappings of sophistication such high prices normally command, every major aspect—sheer variety, flavor, presentation and pure wow factor—of Manzke’s ample tasting menu delivers, for a dazzling, gourmand-style meal that might just call for loosening your belt.

In lieu of a traditional amuse bouche, a meal at Manzke begins with a light tipple of imported pear cider or other unique aperitif. From there, in a manner not dissimilar to the couple’s beloved Republique, Walter Manzke deftly integrates simple, best-in-class ingredients with fancy cooking techniques, albeit with a much heavier French emphasis than other genre-bending spots around town and key elements sourced from all over the world, not just California. Longtime fans of Margarita’s pastry program will delight in the cornucopia of dessert and mignardises presented at the end of a meal at Manzke—five different confectionaries, including a delightful basket of orange madeleines, made their way to my table along with a soothing mint tea. Of course, the actual dessert, a mango-topped passionfruit custard, stole the show.

“But what about that tuna tostada she mentioned,” you might wonder at this point. Well, we’re getting there. When a meal ranges from mantou topped with Hokkaido sea urchin to an abalone-and-cauliflower royale awash in black truffle shavings (yes, they ask you when to stop), there’s a lot of ground to cover on the highlights of an absolutely life-changing meal. In the case of the tostada with salsa fresca—a playful, bite-sized tuna cracker atop a cup of clear broth–the fresh pico de gallo distilled to its pure essence literally almost brought tears to my eyes. Amid the predominance of French technique and extravagant ingredients, dishes honing in on key L.A. flavors stand out the most at Manzke, edible emblems of the city brought to life.

Epicurean matters aside, Manzke’s refined interior reads as elegant, if slightly austere, with the same shades of blue cloaking the building inside and out and plenty of burnished wood. The airy, former Picca space feels completely transformed with expensive touches, from a gigantic Persian rug to plush black leather banquettes. A heaping mound of French butter under a bell jar serves as the dining room’s centerpiece; a similar one can be found on the sideboard on the smaller, more secluded mezzanine level upstairs. Every member of Manzke’s staff is attentive, from the rare L.A. coat check to the parting, gift-wrapped pastry for the next morning—making this ultra-expensive meal, well, ultra worth it in every way.

The vibe: A sophisticated, highly formal affair off Pico Boulevard, this high-class establishment fits right in amid L.A. fine dining spots like Providence and the now-relocated Kato.

The food: An ample, French-inspired tasting menu that leaves no stone unturned in terms of extravagance and flavor—and will likely leave you completely stuffed. Save room for dessert, since Margarita Manzke’s excellent pastry chops come in spades at the end of the meal. Highlights: trout roe tzatziki with potato chips, the unforgettable tuna tostada and a beautifully flaky brioche smeared with yellow curls of Rodolphe Le Meunier.

The drink: A $165 and up wine pairing, plus ultra-expensive French wines by the glass (think editions of Krug Grand Cuvée) and cocktails ranging from $25 to $65 apiece—the huge hike in prices courtesy of a few rare vintage spirits.

Time Out tip: Looking to dine at Manzke on a specific night? You’re not alone. Thus far, the newly opened restaurant’s weekend tables have booked up quickly, so look ahead up to 30 days in advance if you’re particular on time and date. 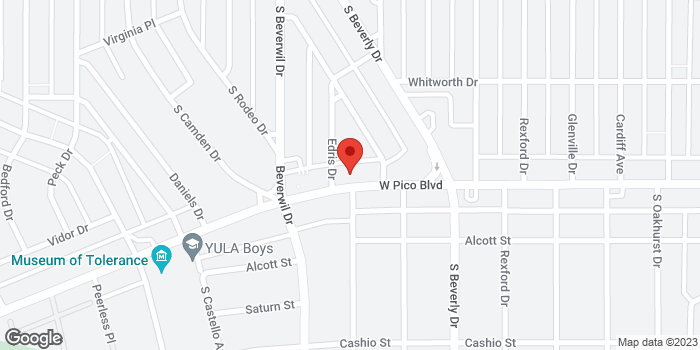