Night + Market's Venice outpost is bold and a lot of fun—no matter how quickly you're in and out of the restaurant.

I like to keep a record of the shortest times spent at a restaurant, from arrival to departure. The current record is held by the now-defunct Red Medicine, who served me so quickly that I met myself coming in as I left. Now, Night + Market Sahm—the latest outlet of chef Kris Yenbamroong—has joined that list, with two meals at the Venice spot averaging out at about 45 minutes a visit.

In part, the quick turnaround is due to the family-style nature of the Northern Thai cuisine being served: The food arrives rapidly, and the dishes in quick succession. It may also be down to the eager enthusiasm of the staff to get you in, fed and gone to allow for new diners. I can understand why, because this outpost has become a smash hit on the Westside, and the pressure to turn tables is felt from the moment the doors open.

The menu at Sahm will be familiar to any who have dined at the other restaurants in the N+M family. Just as it is in West Hollywood and Silver Lake, there’s little apology given for the assault of flavors and spicing. It begins with a must-order dish of pork toro ($9), which combines fat, flesh and salt to perfect effect, particularly when dipped in the jaew chili dip. The nam prik noom sauce that accompanied the gai tod naeng noi chicken thighs ($13) was just as good and should be available by the bucket to save time. Unfortunately, the chicken was not quite as successful: While the meat was juicy, the rather doughy batter failed in one of its key missions, to stay attached to the meat.

The quality of the larb salad is as good a way to judge a Northern Thai restaurant as any and, in that, Sahm does not come up wanting. The larb gai ($12) was sharp with lime, salted with fish sauce and brought with it a chili heat that would wake your dead ancestors. With sticky rice, cabbage, green beans and cucumber, it formed the perfect hand-held bite. The broth in a khao soi rib ($16) was deep and rich, but while the decision to pre-add the accompaniments—pickled mustard greens, onions, cilantro, etc.—made sense in saving time and space, it took away one of the real joys of the dish: that of adding to your own taste.

Both noodle and rice dishes are done well at Night + Market Sahm. The pad see ew gai ($14) had been allowed enough time in the wok to develop a smoky char and, even better, the khao pad pu ($16) accentuated the dish of crab-laden fried rice with a lacing of fish sauce—addictive enough that we fought a battle with licked fingers to get every grain from the serving plate.

There are only two desserts offered. Neither makes you want to linger, which is probably their main purpose. The roti with milk ($4) provided a fried bread good enough to make this Indian critic raise an eyebrow of approval. However, the fact that before the dessert arrived, a server plonked down our check with a pointed “no hurry” was a clear indication that while service is friendly, when it’s your turn to leave, they take no prisoners.

This is certainly not the place to dine if you want to hang for an evening or have a date—unless it’s a really bad one and you need to escape quickly. But going to Night + Market Sahm is fun, and will definitely be one of the better 45 minutes you spend in Los Angeles.

The restaurant is small and the demand is high, so the chances are that you will sit wherever they tell you—and that’s just fine.

Don’t miss the pork toro. In fact, order two, to save arguments. Follow it with a larb gai, some pad see ew noodles and the khao pad pu. Skip dessert; they don’t really warrant the attention and the staff will beam at you when you ask for the check.

The wine list at Night + Market Sahm is designed by Yenbamroong, who clearly loves natural and orange (skin-contact) wines. And, while most of these will definitely stand up against the tastes on the menu, some might find the George Clinton-level funkiness a little challenging. A bottle is the way to go, as the by-the-glass pours are tiny. A glass of Bichi’s La Flama Roja ($17), a Mexican tempranillo blend, was so small it practically evaporated between table and lips. 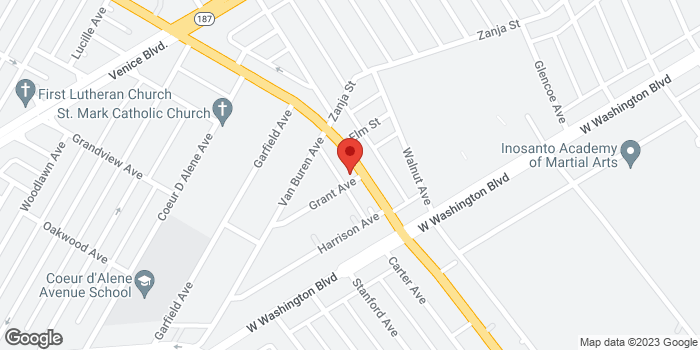