At what point do pure potential and ambition stop counting?

I’m asking for Otium, the sleek modern art installation of a restaurant beside the Broad. Led by French Laundry alum Timothy Hollingsworth, the big ticket New American eatery won early critical recognition for its “ambitious” menu within months of its 2015 opening, even as other reviewers found fault with the team’s spotty (at times even arrogant) service and food quality that ran the gamut from excellent to downright humdrum for the price. Every write-up threads some level of awe over the restaurant’s striking indoor-outdoor space, which features high ceilings, angular bulb light fixtures and a mural featuring lush, thick green vines all over the wall closest to the bar.

These days, not much on all fronts has changed, though you’ll likely find Otium’s aesthetically pleasing dining room and patio packed most nights of the week. To be completely frank, I’m not sure why. About six years in (or five, if you exclude 2020, when the restaurant stayed closed), Otium remains a leader among L.A. fine dining establishments in one singular quality: inconsistency.

I experienced Otium at its best in the years before the pandemic, and looked forward to returning again, only to have nearly all the new, more streamlined menu’s savory dishes fall short in almost every way. That being said, it’s difficult to tease out what aspects can be chalked up to mistimed coursing and gaps in communication with the server. The restaurant’s signature naan is as flaky and perfect as ever, but a single $10 duck croquette felt run-of-the-mill; so did the spinach bucatini carbonara, a regular pre-pandemic fixture on the menu.

Other dishes, like the ora king salmon tartare, came beautifully plated and topped with shiso leaves grown in Otium’s rooftop garden, which my server proudly touted at the table. House-grown herbs, however, do little to soothe the intranasal burn of overapplied yuzu green chili and wasabi paste, which looked more like a sweet pickled relish, and which my server neglected to mention was extremely spicy while describing the dish. The fact the tartare dish confusingly resembles a Korean ssam platter particularly made me want to slather on the green stuff. Ultimately, these missteps overshadow Hollingsworth’s other flashes of brilliance, including the playful sweetbread and dumplings and the Japanese sweet potato agnolotti.

After a December dinner amid a frenzied in-person holiday party season, I chalked up the poor service to bad timing, only to receive uneven experience even on a second calmer weekday evening visit. Each time, the host at the door was curt and, yes, arrogant. On the first visit, I had to witness an angry diner flagging the manager over to complain that the potatoes arrived a good long while after the main course, despite being advertised as a side dish, among other service issues. An hour later, I experienced the same thing, and had to hold out from slicing into a perfectly cooked Salmon Creek Farms pork chop while waiting for the restaurant’s eponymous roasted smashed potatoes. Though they came crispy and well-seasoned, the lull felt palpable.

On the second visit, I wasn’t able to place an order for drinks until long after starters had begun to arrive. At a lower price point this might not be that big of a deal, but a meal at Otium typically runs $250 to $300 for two after tax and tip; you can easily head elsewhere in the city for the same type of upscale, globally inspired cuisine, minus the fitful stops and starts in service.

Otium’s dessert menu was an entirely different story, which is a shame, since not everyone orders it at the end of the night. At the end of an otherwise mercurial meal, pastry chef Courtney Park’s huckleberry cheesecake added unique flourishes to an American classic, with a subtle, gingery speculoos crust and crushed pistachio nuts artfully scattered across the plate. The crispy apple arlette atop tonka bean ice cream cracked perfectly with a spoon, and a warm chocolate tart with vanilla malt ice cream, hazelnuts and bourbon caramel ranks among the city’s best versions of the dish.

“You should go there on a night when Tim is there,” a local chef whispered into my inbox after watching the play by play of my second visit on Instagram. If an executive chef must be present for the kind of critically acclaimed cooking allegedly available at Otium, there’s something fundamentally wrong with how a restaurant is run.

The food: Utterly inconsistent and at times middle-of-the-road, with a few standouts, including the naan with chicken liver mousse, the sweetbread and dumplings and the entire dessert section.

The drink: A large wine list by the bottle; a small, interesting list of beers and cider; well-made seasonal and non-alcoholic cocktails. You might not receive any of these until well after starters due to dropoffs in service.

Time Out tip: Don't spend your money here unless you have a bottomless expense budget, or need an aesthetically pleasing, impressively expensive restaurant in the area. The inconsistency simply doesn’t make it worth it for special occasions or anyone who looks at the bill at the end of the night. 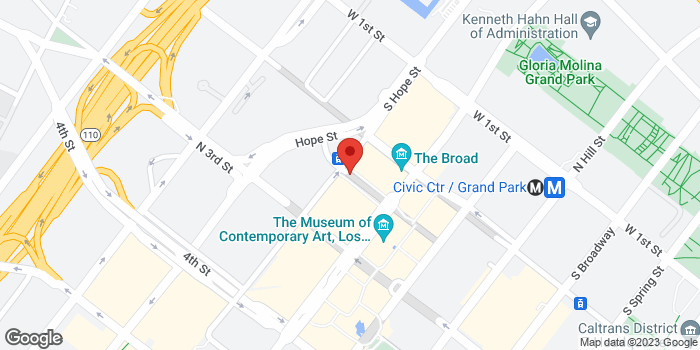