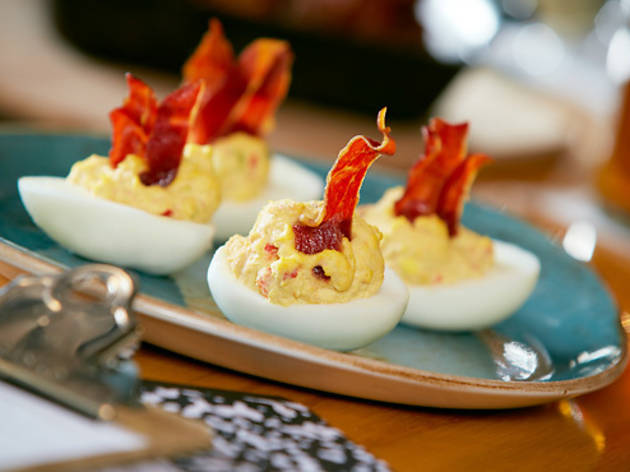 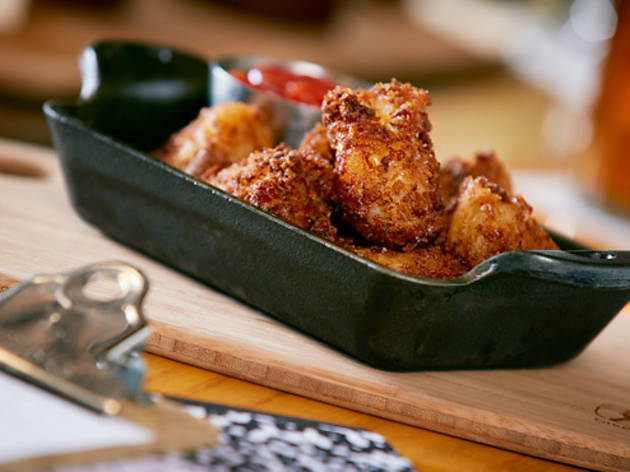 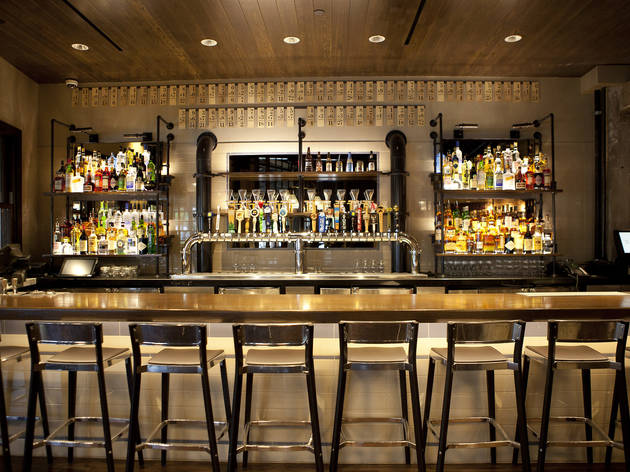 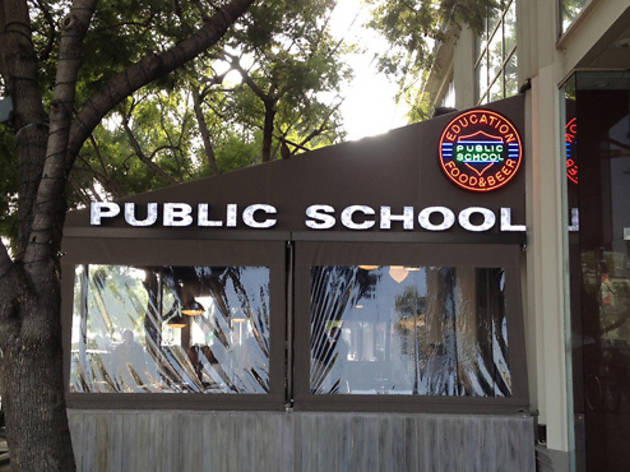 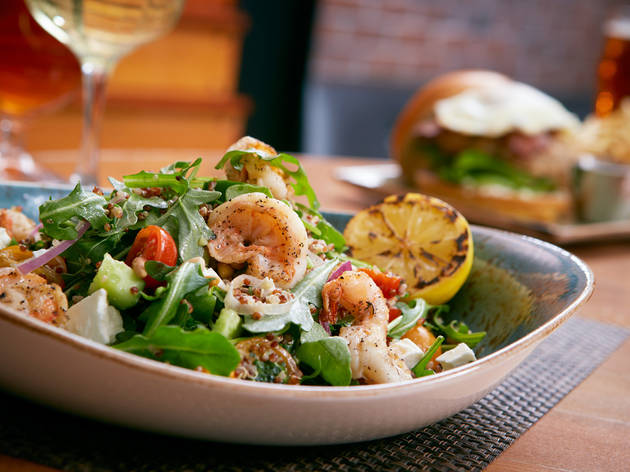 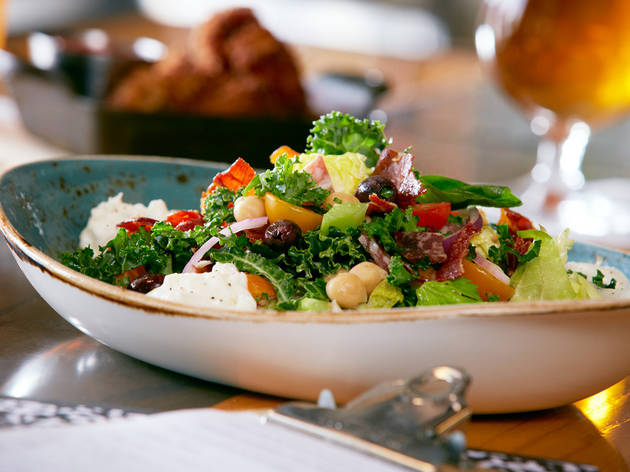 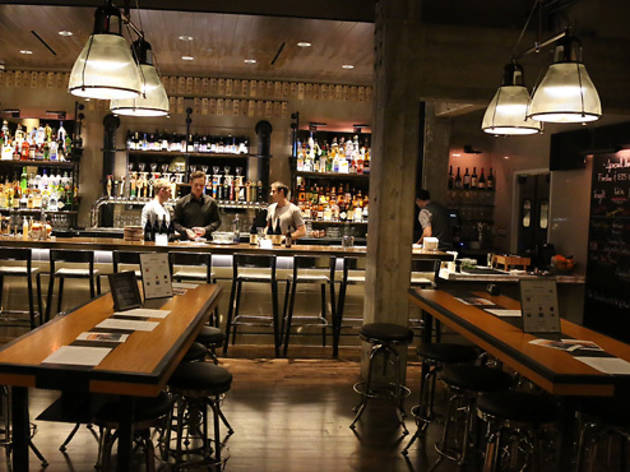 This education-themed gastropub is an off-shoot of the Daily Grill and one of the latest additions to Culver City's new wave of bar-restaurants. With cocktails all under $10 and a sprawling beer list full of Californians and Belgians, it's no surprise that they're packed every night. There's not much bar space inside, but communal tables on the patio give you room to relax and take in the sights (or at least Trader Joe's and the Culver Hotel) as you try to decide between twenty-four different brews and a full bar that caters to those that aren't hop-inclined.

Good for: With Sony and Culver Studios nearby, “Recess” (their version of Happy Hour) is really where it's at for letting off steam after a long day on the lot. Beers and well drinks are $4, while wine fans can get in on the action with a half-liter (about three glasses worth) of vino for $10. Soak up all those drinks with snacks that make regular bar food jealous—try white bean hummus with grilled flatbread ($4), togarashi-dusted calamari ($5), and PB&J sliders ($6) topped with smoked bacon and blackberry-habanero jam.

The scene: After-work crews and Culver City locals congregate at wood-grained communal high tops as they chat about industry gossip or just complain about the unforgiving black stools. It's a friendly, convivial vibe that's the opposite of the sedate French restaurant that used to be in the space.

The playlist: Indie favorites are turned all the way up. Combine with a small space packed with drinkers and the volume levels can go from mild din to deafening really quickly. Be ready to shout if you want to be heard and leave grandma at home, unless she's into Vampire Weekend.

The bartender says: There are more beers than you can count on two hands, so go with something you've never tried before and ask for tasters first. That sample sip could be just what it takes to convert you to a new brew.

Drink this: If beer's your thing, bring some friends and check out some of the large format bottles like PranQster ($14) a Belgian-style strong pale ale from Fort Bragg's North Coast Brewery or Hitachino Nest White Ale ($18) from Japan. The most popular cocktail on the menu is the Cucumber Mule, a refreshing take on the classic Moscow Mule with cucumbers, Karlsson's Vodka and ginger beer. For $9 each, you can waste a whole afternoon on these and never know where the time went.