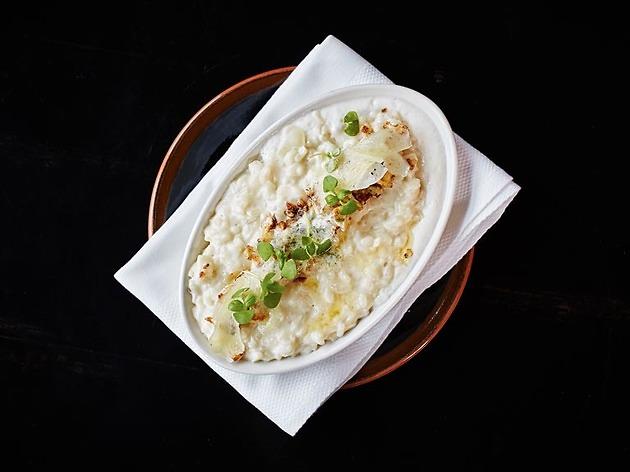 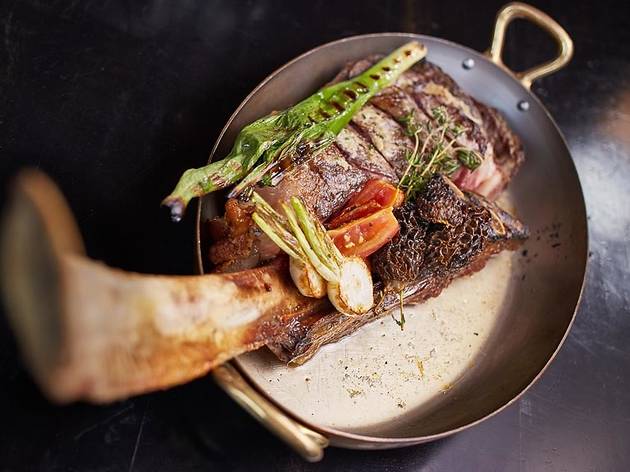 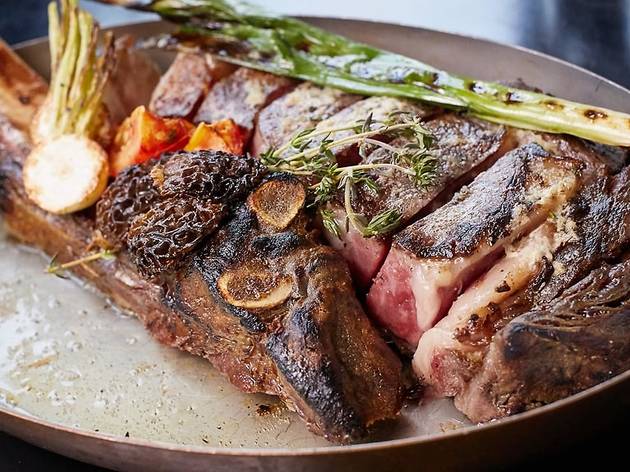 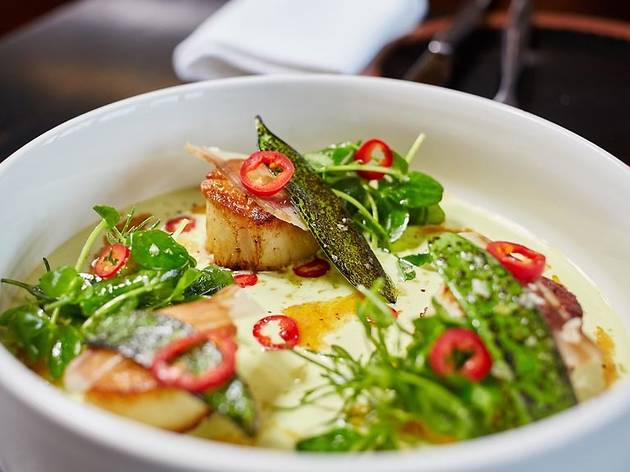 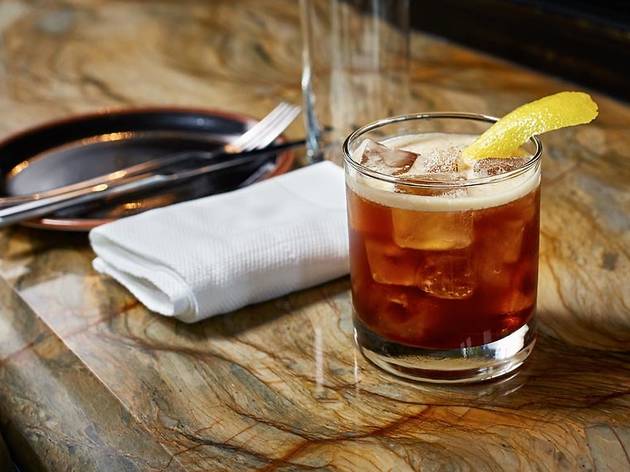 5/11
Photograph: Ryan TanakaBill the Butcher at Steak and Whisky 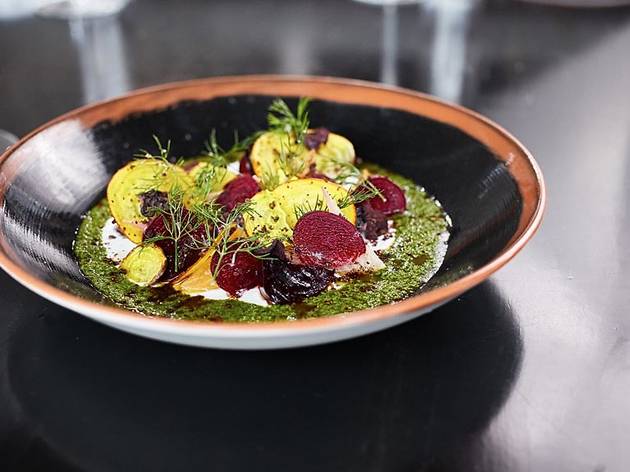 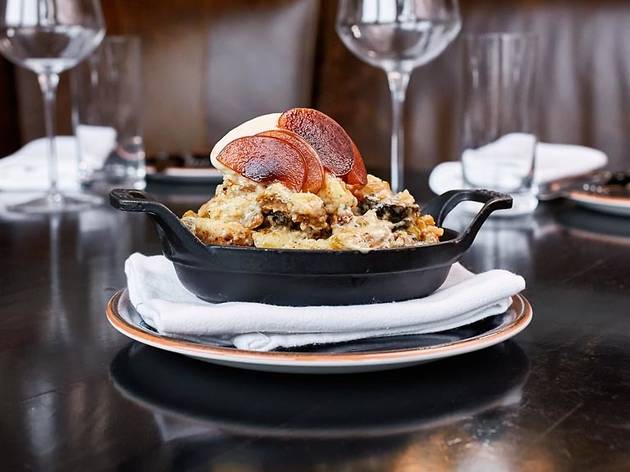 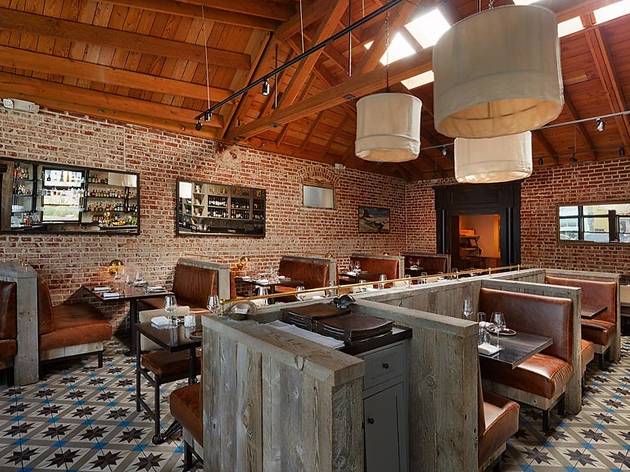 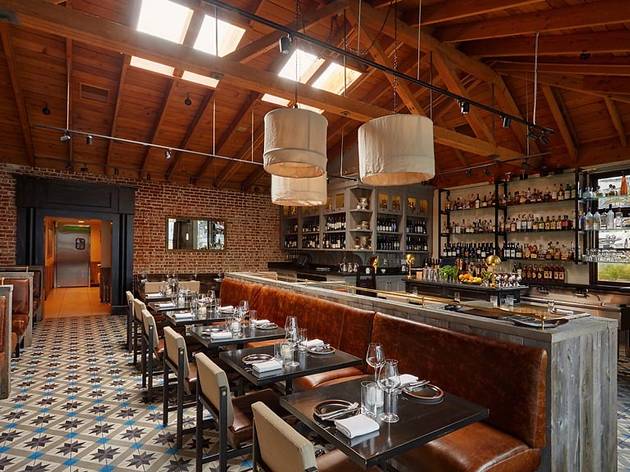 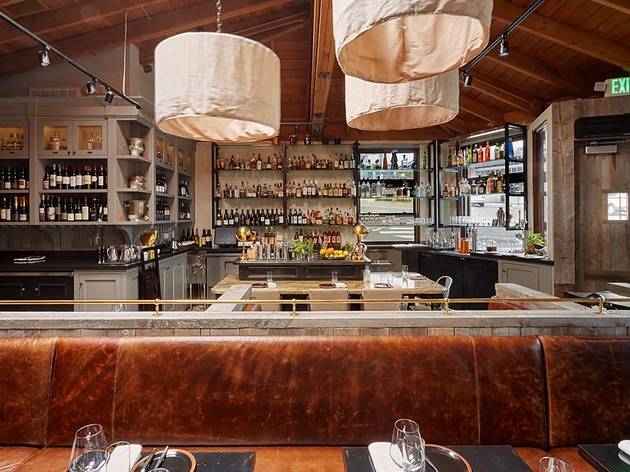 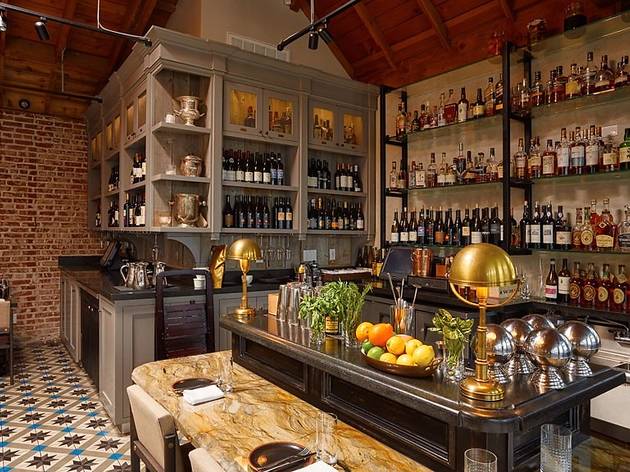 Thick cuts of steak and well-crafted whiskey cocktails are reason enough to splurge at this Hermosa Beach power spot.

In stark contrast to the casual, flip-flop tolerant sports bars and cafés in Hermosa Beach comes Steak & Whisky, a steakhouse that oozes formality and channels the kind of atmosphere your well-to-do uncle might seek out with his squash buddies. Chef Tin Vuong (Little Sister) opened the masculine restaurant with executive chef John Shaw (NYC’s Tavern on the Green), and the South Bay’s high-heeled set have swiftly come calling.

“I’m going to steer you away from that,” said our waiter firmly when asked about the crab cake, as he continued to do throughout most of our order. He wasn’t wrong—a raved-about appetizer of scallops deserved its praise, the silky mollusk parting cleanly before being dragged with a fork through spring pea crème and pea shoots that pop; and a beet salad with goat cheese, greek yogurt purée and “edible soil” was like a garden come to life. Still, a bossy waiter can be a drag, even when the most luxurious cauliflower risotto landed on my table and I wondered how much butter chef Shaw used in this, because what else could turn such a generic vegetable into one of the best risottos I’ve had in a long time (more goat cheese, for starters)?

There’s no way around it: you’re going to drop a lot of money at Steak & Whisky, most of it on the meat. Cuts of steak range from a bone-in ribeye to a 25-ounce porterhouse, and never dip below $50. But if it’s money you want to spend here, steak is the way to spend it. A 32-ounce prime cut of ribeye prompted my mostly-vegetarian friend to point to the slab and say “Smell it. This is intoxicating.” It was, and it tasted as wonderful as it smelled, and with a small amount of house steak sauce or béarnaise, it made us forget the price tag. Or that could just be the whiskey talking.

What to Drink: True to its name, Steak & Whisky is for whiskey lovers, both those who like it straight and as a cocktail. There are pages of whiskey selections to choose from, or you could order a swill like Bill the Butcher ($15), an earl grey-infused whiskey with Americano liqueur and velvet falernum—ideal for beginners dipping their toe in the whiskey water. There are wines available as well; just be aware of the likelihood for upselling here, too.

Where to Sit: You’ll definitely want to make a reservation. Steak & Whisky is small, with only 50 seats in the space and limited seating at the bar. Settle into one of the booths that line the wall or, if you want to be at the center of attention, one smack dab in the center of the room.