This hidden Little Tokyo sushi bar offers one of the city’s best (and among the most expensive) omakases.

Despite the ubiquity of dragon rolls and cavalcades of warm rice, the L.A. sushi scene is full of Edomae-style restaurants, with quite possibly no better example than Sushi Kaneyoshi. Hidden away in a Little Tokyo basement, this relative newcomer first debuted in August 2020. The first independent project of Yoshiyuki Inoue, Kaneyoshi draws upon his years of experience at the two Michelin star Sushi Ginza Onodera, one star Mori Sushi and several other excellent counters in the South Bay and Japan. Similar to other sushi chefs during quarantine, Inoue offered immaculate, labor-intensive chirashi boxes containing artfully arranged slices of fish. Each one is prepared using aging and curing methods that date back to the Edo period—hence the term “Edomae.”

The restaurant finally opened for reservations last spring but continued to offer New York Times-noteworthy chirashi until this winter, when Inoue—who goes by Yoshi-san to patrons—decided to completely shift gears. Now operating as a nightly omakase 12-seat counter experience, Sushi Kaneyoshi outranks almost every other sushi bar in the city in luxury and refinement. A meal here possesses that rare transportive power, the kind that whisks you out of regular life into an immaculate world of bleached wood, pristine plates of fish and ochoko cups of clean-drinking sake, before releasing you back onto the streets of Little Tokyo to go blissfully on your way.

Though the exact seafood used in Kaneyoshi’s approximately 20 courses (almost all of them nigiri) change on a seasonal basis, diners are likely to dig into a delicate chawanmushi made with hairy Hokkaido crab, the tendrils of crabmeat melting into the luscious steamed egg, along with one of the city’s best preparations of nodoguro (blackthroat sea perch), a hard-to-find and pricey catch also favored by Shunji and Hayato. Handed directly to you with a fresh piece of nori, the smoky, fatty piece of fish melts on the tongue with a tinge of sweetness—an unforgettable bite you’ll replay in your mind over and over again. The ankimo is equally indelible; Yoshi-san’s glistening piece of monkfish liver outshines all others in its silky, buttery texture and iodized sweetness.

From there, tender pieces of geoduck in tosazu jelly, kinmedai (golden-eye snapper) and tairagai (pen shell clam) might provide a little bounce and lightness. Bluefin tuna of varying fattiness and uni are guaranteed to make an appearance, popular as they are among customers; the night I visited, the two Hokkaido varieties of the uni offered an interesting contrast in sea urchin’s color, texture and flavor. The meal, conducted in stops and starts depending on the mood—and conversational intensity—of that night’s particular diners, plays like an elegant symphony, worthy of any ultra-special occasion. For those of more than ample means, there’s a reason more than half of my dining companions during my Thursday night meal were repeat customers. Even within the crowded omakase scene, Sushi Kaneyoshi is just that good.

One measure the restaurant doesn’t top out in, however, is menu cost ($300), though it approaches the same exorbitant territory as Sushi Ginza Onodera and Morihiro, where the chef’s longtime boss runs the show. Though all three inspire devoted followings, there’s equal parts underdog and rookie appeal at Sushi Kaneyoshi, at least for now, that make this newer sushi bar’s success and popularity especially impressive. The attention to detail in every dish, the remarkable service, the clandestine location—in every aspect, the restaurant shines. Set your alarms for 3pm on the first of next month, bookmark its reservation page and cross your fingers; we’ll see you in the Thunderdome.

The vibe: Elegant and minimalist, this traditional 12-seat sushi counter hides in the basement of a fairly nondescript First Street office building.

The drink: A short list of sake by the bottle (maximizers should BYOB) and a small selection of non-alcoholic drinks including green tea.

Time Out tip: Bring cash for the parking attendant if you plan to park on-site, and try to be on time; the 7pm nightly seating doesn’t begin until all diners are present. 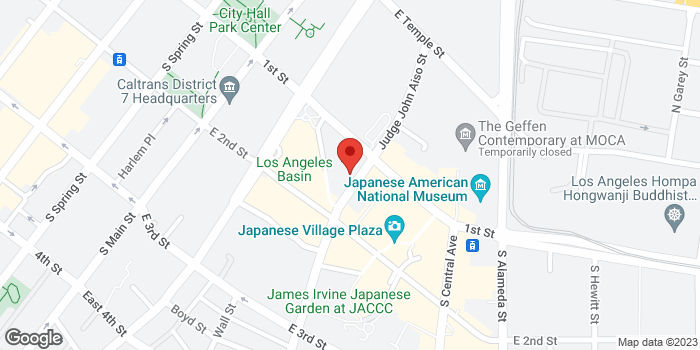