When The Anchor first opened in early September this year, the phrase that kept popping up was "NY-meets-Venice." Dreamed up by owners Kristin Ciccolella and Sandy Ames, the restaurant was born out of their need for a little slice of home after moving from Harlem. I can see it, kind of. The space is tiny, and though it's decked out with nautical accents that remind me more of Maine than Manhattan, it's also a place where you can sit down at the bar solo, order a glass of wine and a lobster roll, and feel completely at ease—something that is arguably more NY than LA. Our city thrives on group brunches and lunch meetings, not solitary dining. Yet The Anchor is also very, very Venice. Chef Dustin Taylor (Michael's, Comme Ca) mans the kitchen here, taking full advantage of farmers' market produce with dishes like a kale and quinoa salad and fresh sea fare. And what is a Venice restaurant without kale?

Sitting just a block and a half from the Pacific, it would be a shame if the seafood dishes here were less than memorable. Thank goodness, then, that our first venture into the ocean was a selection of fantastic Shigoku oysters from Washintgon. Fresh, light and well-cleaned, the oysters are void of any possible ocean funk and instead retain a pure flavor—no squeeze of lemon or dollop of cocktail sauce necessary. A beautiful scallop ceviche almost looks too pretty to eat, with tiny edible violets and pea shoots scattered on top of chopped scallops, a veritable underwater garden. But you should eat it. You should definitely eat it, and fight for the last crostini with conviction.

And that lobster roll? It almost made me roll my eyes at first, with its hefty shaving of black truffles. I have not had the greatest luck in finding quality lobster rolls in LA, and this one's seemingly pompous presentation did not look promising. Yet this, my friends, is a lobster roll. The toasted bread is golden from a generous foundation of butter, no more complicated than a Hawaiin bread roll you might pick up at the grocery store; in other words, ideal. The lobster is plentiful, rich and supremely authentic. It is the only dish listed under the "A Must" section on the menu, and after taking one bite, I would wholeheartedly agree that yes, this lobster roll is a must.

Plates at The Anchor are small (What else is new?), and if you're sharing an entrée the price tag for most items becomes a tad absurd. A pork tenderloin, though, is a reasonable portion for one person at $18. Thick cuts of medium rare pork rest on top of a housemade kimchi, at once vinegary and sweet. Taylor gives it a unique twist with a maple syrup glaze and some sesame seeds; for those who are averse to seafood, it's a solid pick from the small menu.

There are a few dishes that lacked any memorable features: that kale and quinoa salad, for example, elicited indifferent shrugs, and a selection of cheeses and charcuterie ($5 for each, which adds up fast) was just OK. There are some awkward layout issues, as well (When asked where the bathroom was, our server replied, "Head out the door, go around the corner and down the alley."). But it's hard to hold these few missteps against them. On my visit, we finished with the s'mores panna cotta, a dessert that has already become a fan favorite. Swirls of toasted marshmallows resembling cloud puffs adorned a layer of chocolate-glazed graham cracker bars, a dreamy combination that reminded me of summer campfires and trips to Big Bear. As people walked by on Main Street, the tables continued to fill up well into the night, and the chatter from the bar turned into boisterous laughter. We could have been in the East Village, sure. But we were in Venice, and that made sense, too.

What to Drink: With such successful dishes on the menu, it's easy to forget that this was originally intended to just be a wine bar. A small but though-out wine list offers a selection of reds, whites and roses (by the glass and bottle), like a 2011 Coteaux de Loire or a 2012 Santa Lucia Highlands. The beers offered include tongue-in-cheek titles: Venice June Gloom, Shipwrecked, and a Mother Earth Cali Creamin' Vanilla Ale.

Where to Sit: Where you plunk down for a meal depends on what kind of experience you want to have at The Anchor. At the bar, share bites side-by-side with your neighbor while swirling a glass of wine and watching the game being played on a mounted TV. You'll have a little more room on the patio outside, though, where picnic tables are separated from Main Street by a low wooden fence.

Conversation Piece: There is a chicken and waffles dish on the menu, but get there early if you're hankering for some Southern fare—the kitchen only serves this dish to 15 tables each evening. 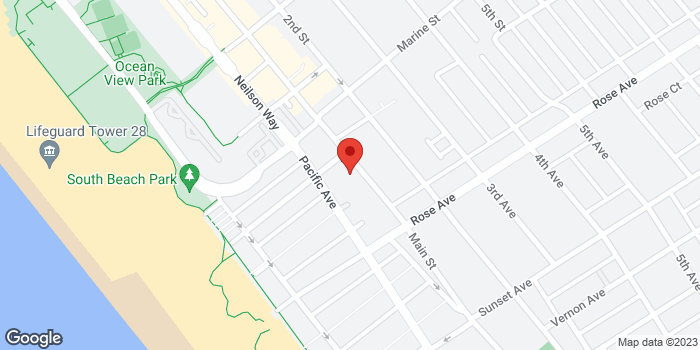