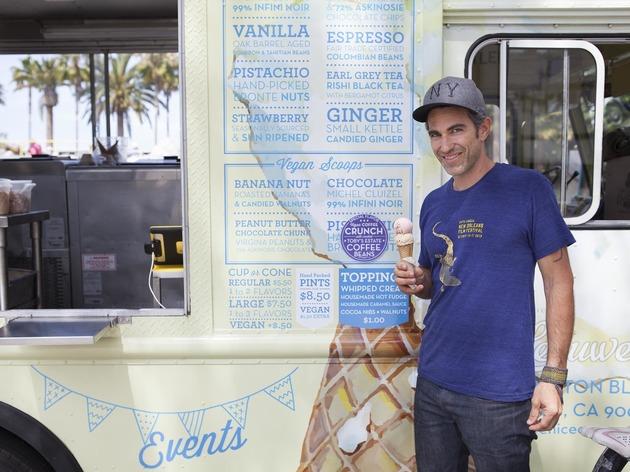 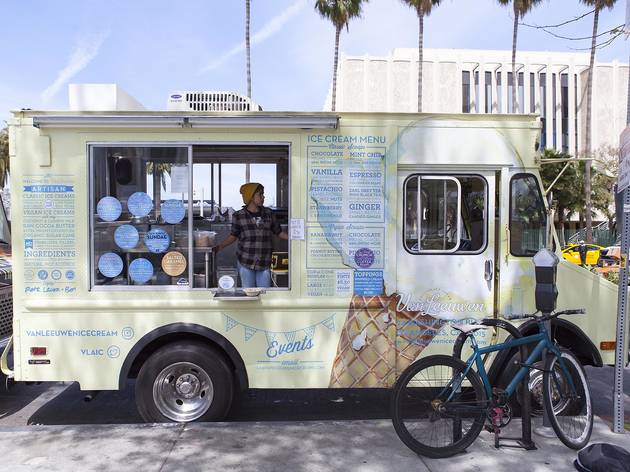 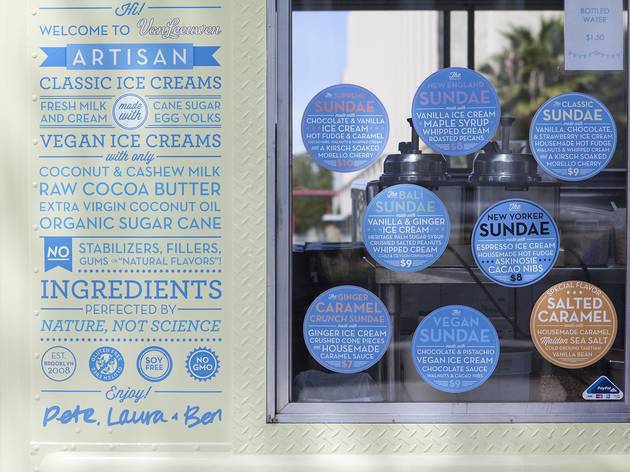 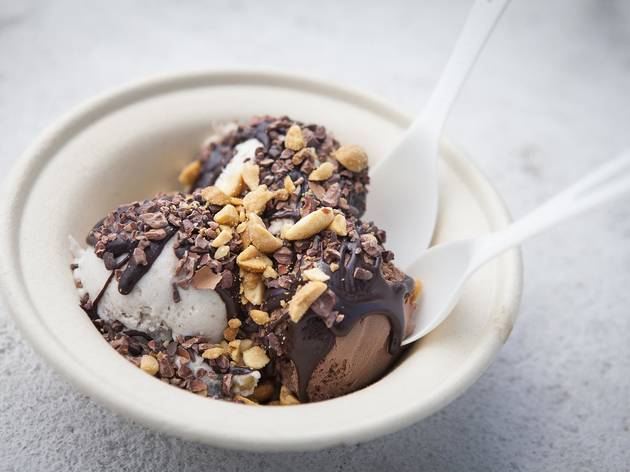 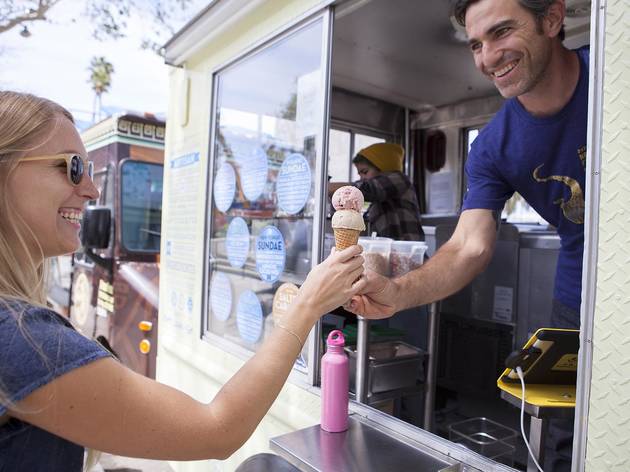 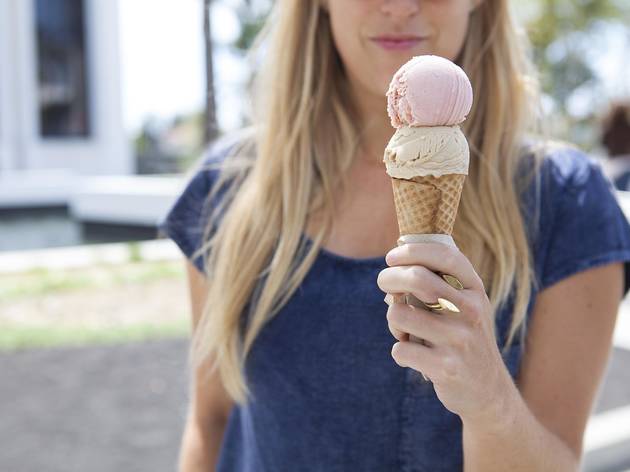 There are only so many polar vortexes Van Leeuwen Artisan Ice Cream can handle. The Brooklyn-born ice cream company, founded by Pete Van Leeuwen, his brother Ben Van Leeuwen, and Laura O'Neill, expanded to warmer weather this past February, bringing both its famed original flavors and new vegan varieties to Los Angeles. The East Coast transplant already seems to be joining the ranks of the best ice cream in LA, with a brick and mortar shop slated to open in Downtown's Arts District in late fall of 2014 ("The Arts District feels more like Brooklyn than anything else," says Pete Van Leeuwen). Between scoops of vegan peanut butter chocolate chunk ice cream and trading recommendations for LA's best restaurants (Van Leeuwen is a huge fan of Sqirl), we chatted about the company's plans for total domination expansion in our sunny city.

Time Out: When creating your vegan ice cream, did it take you a while to find the perfect recipe?
Pete Van Leeuwen: Oh yeah. What really works for us is that we had this base of what real ice cream should taste like. We're trying to get it as rich, as creamy, as close to the real thing as possible, whereas the vegan companies I'm familiar with only serve vegan ice cream, so they're only trying to make the best vegan ice cream. The key with us was using cocoa butter as a key ingredient—nobody else uses it. It's prohibitively expensive and it's crazy that we're doing this, but at the same time it's awesome to offer it.

Time Out: What made you choose LA as your next city for expansion?
PVL: We've always been talking about LA from the get-go, but this was the first year we've been able to afford a truck out here—plus we have the whole vegan thing working for us. At the same time, the NY truck scene has become crazy competitive. The food truck boom in NY exploded, and all of a sudden there was less space. At that point it became clear that NY was overly saturated with trucks.

Time Out: What has been your favorite place so far to set up shop in LA?
PVL: Probably Abbot Kinney, because of all the foot traffic. It's one of the few places I've been to so far where everyone was just walking around, so that was an obvious spot for me. It's good for us, as is LACMA. We go to Little Tokyo at night, near Marugame Monzo—that place is slammin'. I'm always actively looking for new spots.

Time Out: Our farmers markets are pretty amazing. Are there any flavors you're planning exclusively for LA, based on local ingredients?
PVL: Yes! I'm excited about getting production out here. It's going to take a little while, but as soon as we make the move we can use the awesome California dairy and work closely with certain farmers and farmers markets to find the produce I want so that we can start experimenting.

Time Out: What has been the biggest difference in selling ice cream here as opposed to New York?
PVL: The percentage of vegan to regular ice cream. About a third of our customers here order vegan, whereas in New York it's between five and ten percent. This is the first time our menu has permanent vegan flavors, so we're expecting it to do well. We just started a Genmai flavor, too. It's like a roasty, rice-y kind of green tea flavor. Back in the day (in the rice fields after lunch), the workers would make their tea in the same cauldron they cooked rice in, so people got used to that flavor. It was like a happy accident. We steep massive bags of the tea in the pasteurizer as the milk is pasteurizing. It's one of those things, like our pistachio and mint chocolate, that are just so expensive to produce—but it's worth it.

Time Out: What's your most popular flavor?
PVL: You know what? It's always vanilla. Vanilla is awesome, right? What a flavor! No matter where we are and how many different flavors we have, at the end of every day we've always sold the most vanilla.