If you think the only reasons to shop in Pasadena are the shops at Old Town Pasadena and the epic Rose Bowl Flea Market, it’s time you head to the foothills. The redevelopment of Old Town from a ghost town to a hopping shopping and foodie metropolis (about time, since Julia Child is a Pasadena native), the creation of the alfresco Paseo Colorado, and a growing arts scene has helped put Pasadena on the map as a major shopping destination. From boutiques to bookstores, here are the best places to browse and shop in Pasadena.

RECOMMENDED: More things to do in Pasadena 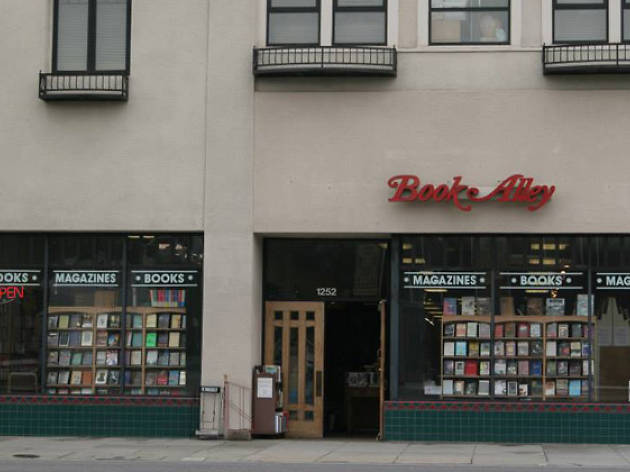 One of the only sizeable used bookstores left in Southern California, Book Alley is gem for those in search of anything hard to find or out of print. The clientele is a diverse mix older intellectuals, young creative-types, and longtime regulars who all share a practically palpable love for books. An idyllic place to procure a unique and budget conscious present, as the owner constantly buys books from private sellers and estates, there is also a rotating array of serious literary treasures. Inexpensive vinyl records, Bukowski T-shirts and vintage posters are also available on site. Be sure to check out the back room that is exploding with piles of books waiting to be catalogued and placed on the shop floor. 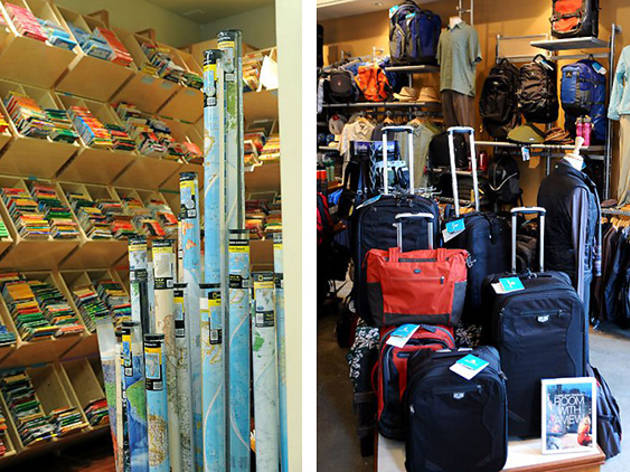 For the explorer in each of us, this travel-lovers store is remarkably well versed for all kinds of travel imaginable. From camping guides to Michelin guides, you can find resources to help support, clothe, or guide any kind of trip, ranging from the rustic to the luxurious. The health and hygiene section was particularly impressive and very much a germaphobe’s dream destination, as it featured products that were cleverly convenient, effective and environmentally friendly. The store also houses frequent travel themed lectures and an American Express Travel desk that can assist with a variety of reservations of bookings, plus a well-traveled staff that are great for giving travel tips. 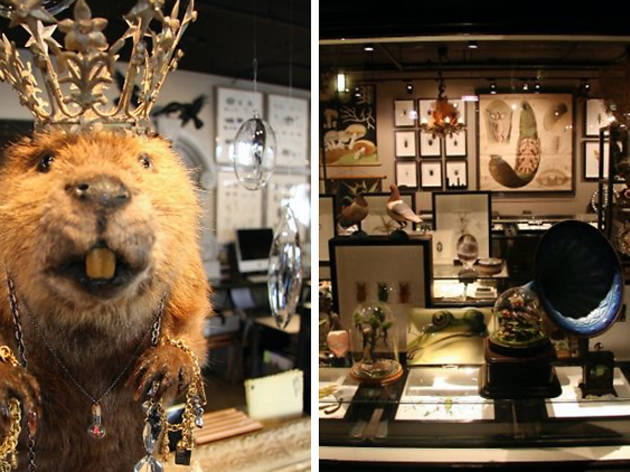 Featuring a variety of the weird and wonderful from over 100 different designers, all of whom owner Stacey Coleman counts as friends or friends of friends, the bazaar doubles as a gallery. The treasure trove of otherworldly articles that seamlessly fuse past and present include a woolly mammoth shaped ring carved from actual mammoth fossils, a mounted Japanese hornet, and a handmade copper boiler robotic lamp. 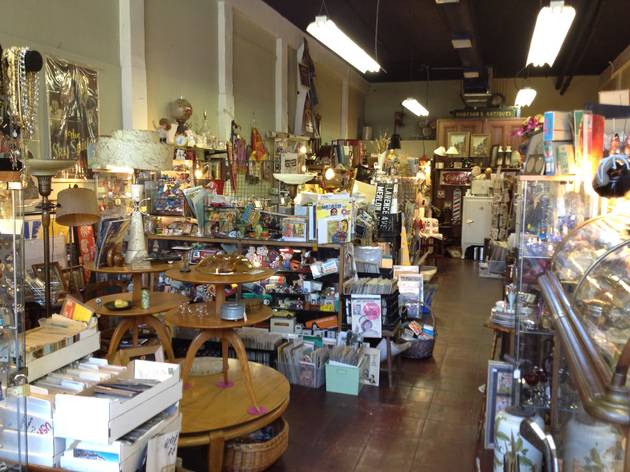 Hodgson’s Antique is perfect for those who appreciate a bit of a hunt. Search the piled-high mishmash of vintage items from sheet music to dolls, cameras to cigarette cases, luggage to black and white copies of Life magazine, to just about everything under the sun. The real draw though, is the collection of costume jewelry that is worth a visit on its own. Other notable finds include a few beautiful working radios from the 1930s and 40s, pristine old issues of Playboy, and an array of impressively kept vintage toys. There is also an abundance of vintage clothing, particularly military themed. Towards the back of the store are a few new items that are idyllic for dress up parties like masks and wigs. 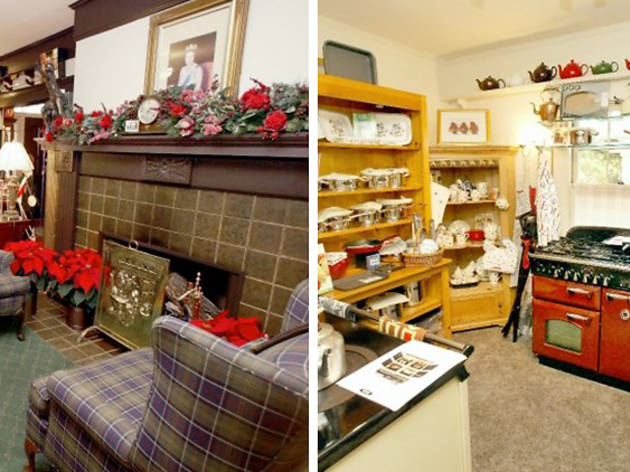 Receiving weekly shipments from England, this is a one-stop shop for those who require anything authentic and otherwise hard to find from across the Pond. The quirky cottage has a kitschy array of Queen Elizabeth memorabilia and antique bobbles arranged on every possible surface in the shop. From big budget items like an Aga stove to ceramics by English mainstay Emma Bridgewater to an internationally renowned Barbour coat, Edmund and Mary Fry have carved out a bit of jolly old England in this literal corner of Pasadena. Favorite relics from Londontown include the array of goods normally found at an English supermarket but rarely available in America such as elderflower cordial, Ribena juice, authentic chocolate dipped Digestives, Fruit Pastilles, packs of Twiglets and iconic PG Tips tea. Traditional English tea where men are highly encouraged to wear jackets is served daily in the adjoining tearoom. 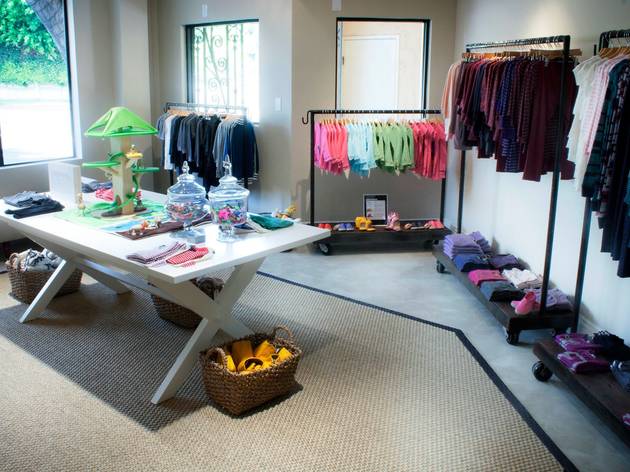 Organized by designer, with names cleverly decaled on the floor below each rack for ease of browsing, this San Marino boutique is organized to the T. Brands on show include Zimmerman, Tibi, and Goldsign. The jewelry case features an array of contemporary designers and a rotating selection of vintage items, including astrology inspired gold and diamond pieces by Scosha and multiple vintage Rolex watches. Dyptique candles, Mason Pearson hairbrushes, and Clare V bags are among the well-chosen non-clothing items for purchase. The side room contains an array of hip and elegant children’s clothes and accessories (think: handmade wool animal heads made in India by Cupcakes and Cartwheels). 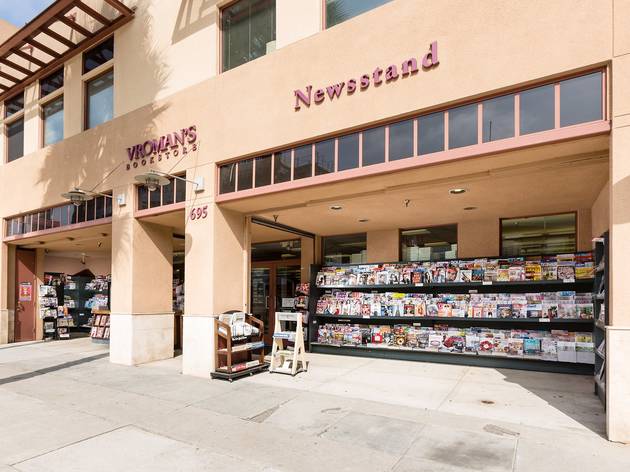 A shining light in a world increasingly devoid of books, Vroman’s is a behemoth of a bookstore whose history lives up to something you would expect to more likely find in one of its thousands of fictional tomes. Founded in 1894 by book lover, philanthropist and renowned photographer Adam Vroman, Vroman’s has been championing the written word for over a century during which it has played host to multiple Presidents, a Supreme Court Justice, and heaps of literary superstars. The community minded ethos that led founder Adam Vroman to leave his shop to his employees upon his death is the same unchanged spirit that compelled Vroman’s to donate and deliver books to local interned Japanese Americans at nearby camps during WWII despite being fired upon, and over 50 years later, rescue Book Soup in West Hollywood from closing when its owner passed. The store hosts over 400 free community events and singing annually, so run, don’t walk to this mecca for all things literary. In addition to books, there is sizeable stationery department, large newsstand and solid café.