This was a banner year for the local comedy scene. In clubs, sketch and improv theaters, and the back rooms of dive bars all across Los Angeles, new voices have earned and claimed the responsibility of shaping the way we laugh for many years to come. If the career trajectories of the comedians on our 2014 and 2015 lists are any indication, you'll be seeing the following 10 faces on billboards soon. First, though, since they each spend so much time being funny in LA, we asked them to tell us what, in their opinion, is the funniest thing about LA. Enjoy! 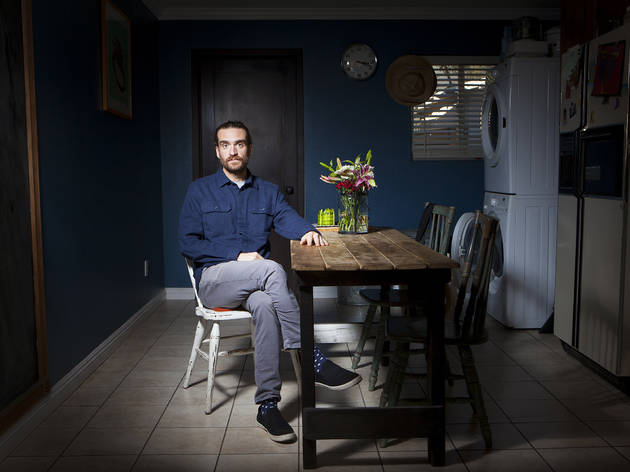 Photograph: Jakob N. Layman
George Basil steals scenes every time he improvises. He's equally as magnetic on camera, which has won him countless advertising gigs, and now, roles in several upcoming TV and film projects. His natural presence and attitude make being funny look easy—for him, it is.

The funniest thing about LA, according to George: "The LA River has no water in it, but we still call it a 'river.' Shouldn't we call it the LA Wet Ditch?"

See him on Will Arnett's new Netflix series Flaked, premiering February 19; and on the new TBS series Wrecked, coming in fall 2016. Catch him live at Sandy Crahford on January 18 at 8pm at Paper or Plastik Café, and in American Town Hall on January 28 at 8pm at The Copper Still. 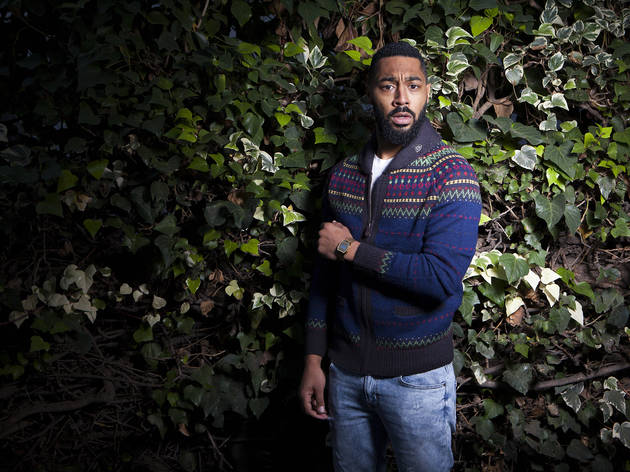 Photograph: Jakob N. Layman
Tone Bell's charm, confidence, ability to find humor in the everyday, and impeccable timing have landed him countless small appearances onscreen (his good looks haven't hurt either). And even though he now has a starring role on a network sitcom, he still does stand-up regularly in clubs around town.

The funniest thing about LA, according to Tone: "If the person you want to date lives more than 15-20 minutes away... it probably ain't gonna work. Just kidding, it absolutely will not work."

See him in his The Half Hour special on Comedy Central, and on the NBC series Truth Be Told. Catch him live at the M.i. Westside Comedy Theater on January 22 at 8pm. 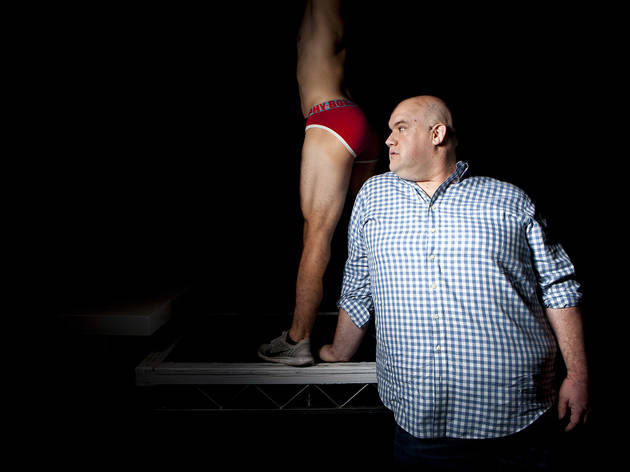 In one of Guy Branum's stand-up bits, a quiz in Teen People designed to decipher which Twilight guy is right for you sends Branum reeling into an existential crisis. As a former writer for Chelsea Lately and Joan Rivers' Fashion Police, he knows pop culture, and is at his funniest when navigating its psychological effects.

The funniest thing about LA, according to Guy: "People who USED to be extremely attractive." 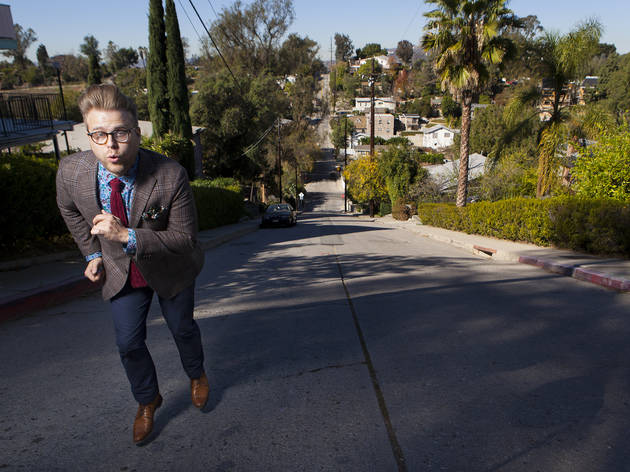 Photograph: Jakob N. Layman
Adam Conover is making a career out of being a know-it-all. He's turned a propensity to burst bubbles—think, the tradition of diamond engagement rings is a marketing invention—into a TV series. And although his very funny stand-up is much more self-deprecating, the braininess remains intact.

The funniest thing about LA, according to Adam: "The fact that people think it's cheaper to live here than in New York. LA has the highest rent in the nation versus median income; add the expense of car ownership to that and the cost of living here is through the roof. Sorry—wouldn't be on-brand for me if I didn't close with a depressing fact."

See Adam Conover in Adam Ruins Everything on TruTV, and live at Fresh Out LA every Thursday at 8:30pm at UCB Sunset.
Advertising 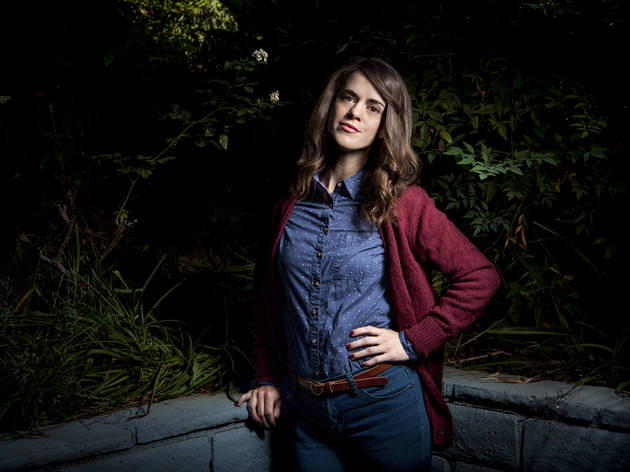 Mary Tyler Moore meets Lucille Ball in Mary Holland, and the animated characters she conjures onstage. Her quirky, girl-next-door appeal is leading to a lot of time in front of the camera, but you can also see her several times a week doing improv and sketch. 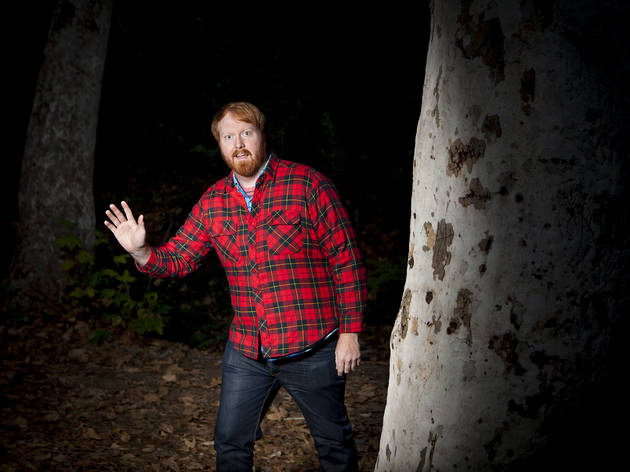 Some of what Randy Liedtke says and does during a stand-up set might not technically be categorized as jokes, but it's all funny. The absurdist comic plays around with reality, and you may never know if he's telling the truth, but you won't care.

The funniest thing about LA, according to Randy: "It's so big that you are allowed to be an asshole. I've never had a conversation with anyone that has lived next door to me since I've lived in LA. I realize what LA has done to me every time I'm riding in an elevator in a different city because people want to chat and it catches me off guard. I'm like, 'Hey, we are strangers, why are we talking?' One time a car pulled over as I was walking and asked for directions to the Hollywood Sign, and I told them I wasn't from LA. Why did I lie!? I'm a nice guy! But in LA, its just okay to be an asshole."

Listen to Randy Liedtke's album I'm on a Roll on Comedy Central Records, and to his and Brendon Walsh's podcast, The Bone Zone, on the All Things Comedy Network. See him in his The Half Hour special on Comedy Central. Catch him live at Punch Comedy on January 24 at 9pm at the Pikey. 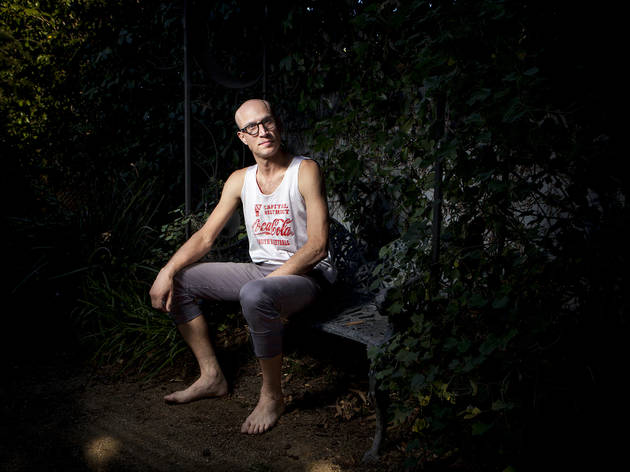 Photograph: Jakob N. Layman
Adam Lustick is the nicest guy in comedy. Audiences laugh not only at his jokes, but also at his warm and joyful attitude. He brings the same electric enthusiasm to his acting and writing. It's impossible, when you're around him, to frown.

The funniest thing about LA, according to Adam: "All of the arbitrary, unnecessary signage. My favorite is the big sign on Melrose and Highland that reads 'Welcome to LA's Media District'—as if all of Los Angeles isn't a media district. Nope, it's just that Taco Bell on the corner of Melrose and Highland. And it's so vague. What kind of media? Doesn't matter. How big is the district? Just here."

See Adam Lustick on Casual and Veep, and hopefully in a series he's developing with Jason Alexander for Adult Swim. Catch him live at Sandy Crahford every third Monday of the month at 8pm at Paper or Plastik Cafe. 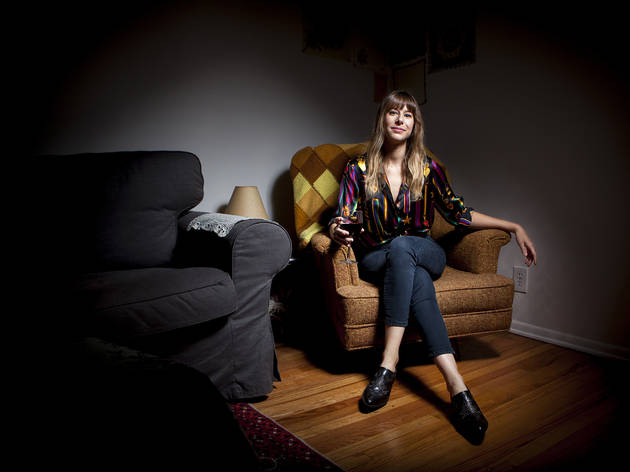 Photograph: Jakob N. Layman
Megan Neuringer is today's version of a triple threat: she can act, she can write and she can social media. Her prolific wit is often out there, occasionally dark ("I want to be the most beautiful girl in the mass grave!"), and always worth your while.

The funniest thing about LA, according to Megan: "The billboard culture. I've never seen a city brag so much about STDs. 'Number 2 in gonorrhea!' 'For your consideration: Syphilis!' The billboard shuffle is like: Chaz Dean hair styles, STDs, some DJ in Vegas."

See her in indie films Slow Learners and How to Be a Man, and on TV shows Kroll Show and Comedy Bang! Bang!. Catch her live in Crash Test at UCB Franklin on Jan 11 at 11pm.
Advertising 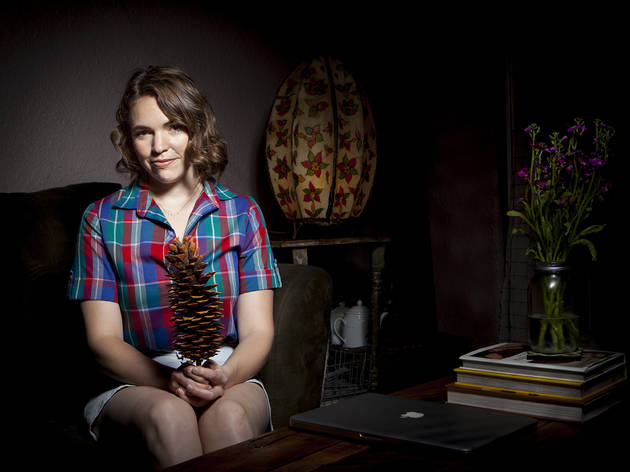 Dry and acerbic, Beth Stelling's jokes tend to catch you off guard. With a calm voice and casual delivery, she commands rooms across the country, as well as internationally. Pay attention, as even the asides—"My mother and I go way back"—are funny.

The funniest thing about LA, according to Beth: "A homeless gal one time asked me for money on Hollywood Boulevard, and I said, 'No,' and she said, 'You know who you remind me of?' I said, 'Gina from Martin?' And she said, 'Daaaamn!' This town is so obsessed with entertainment that even people who don't have a TV will improvise TV lines with you."

See her perform stand-up on The Meltdown, in her The Half Hour special on Comedy Central, on the Showtime special Comedy of SXSW, on The UCB Show on NBC's Seeso.com, in the Village Voice web series This Is Stand-Up, in the web series Outside Comedy and as an actress in the indie film This Isn't Funny on Netflix. Hear her album Simply the Beth on iTunes. Catch her live at Sleepaway Camp on January 12 at 9pm at the Downtown Independent, The Josh & Josh Show on January 14 at 8pm at Bar Lubitsch, My Diary on January 20 at 7pm at UCB Sunset, and Church every Sunday at 9pm at UCB Sunset. 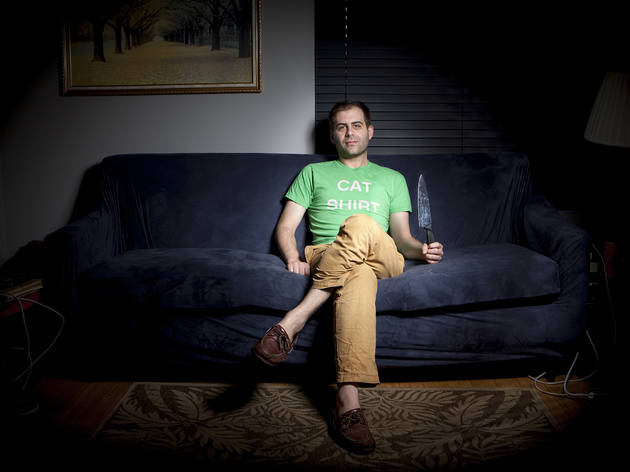 Photograph: Jakob N. Layman
Jake Weisman's work strikes the perfect balance between dark and light. He explores our seedier natures while maintaining a hope that, in contrast, feels subversive. He can tell the truth without leaving you depressed, which these days is an Olympic feat.

The funniest thing about LA, according to Jake: "That we live in one of the greatest cities in the world, with this amazing cross section of culture and nature, where you can swim and ski on the same day, with awesome, creative, attractive people, and we're only alive for a split-second, and yet we spend it complaining about traffic."

Watch his sketch group, Women on IFC.com. See him live with Women performing at Meltdown Comics on January 25 at 9pm.