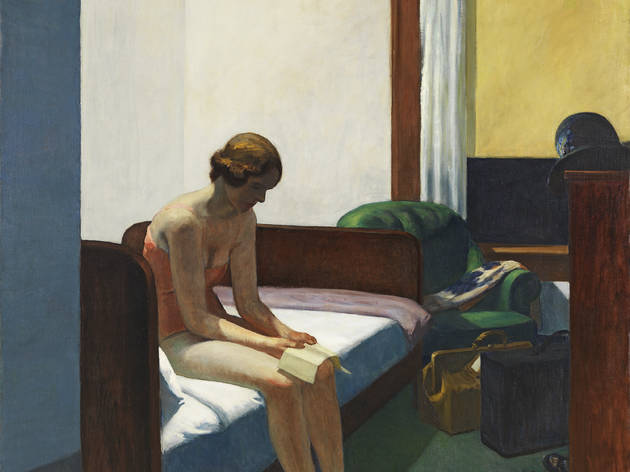 Museums in Spain (and beyond) you can visit from home

In Madrid, Barcelona and beyond, museums and art galleries are doing their part to slow the spread of the coronavirus COVID-19 by remaining temporarily closed and providing online versions of their collections for us to enjoy 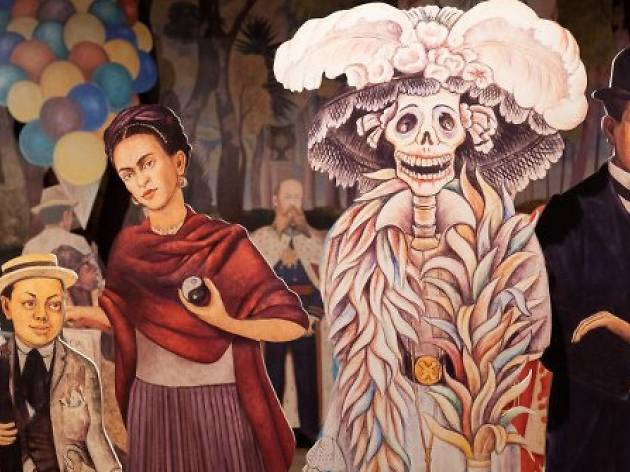 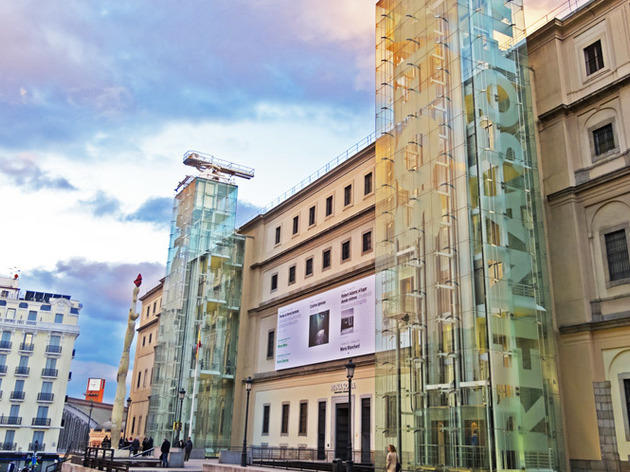 Prado, Reina Sofía and Thyssen are the big names among the best museums in town 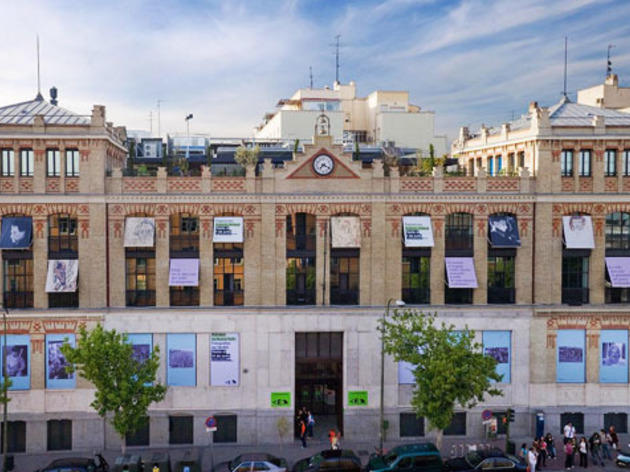 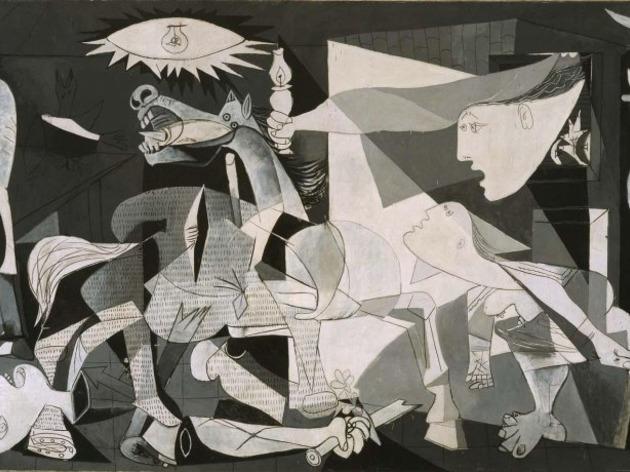 Where to hear live classical music 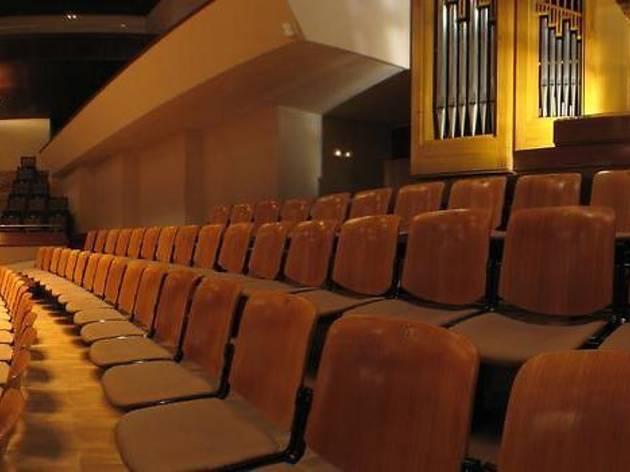 This impressive concert hall has capacity in its main auditorium for over 2,000, and a smaller chamber hall, La Sala de Cámara, which seats 700 people. As well as the OCNE, the Auditorio hosts the Comunidad de Madrid's ORCAM orchestra and the Joven Orquesta Nacional de España (worth checking out for their youth and enthusiasm – in contrast to the OCNE). But the best concerts are those by invited international orchestras – which are, happily enough, something the Spanish state likes to invest its music budget in. The best seasons are the Grandes Intérpretes, the Liceo de Cámara de la Fundación Caja Madrid, Ibermúsica, Ciclo de Cámara y Polifonía and the contemporary Música de Hoy programme. Look out too for organ recitals. One-off attendees will find themselves joining an ageing audience, the majority of them being serious season-ticket holders, who tend to be particularly expressive. Many make their feelings known when pleased with the odd exultant cheer of 'bravo', but more save themselves for when they want to voice their disapproval (booings and abuse have been hurled in reaction to particularly offensive contemporary compositions, especially when the composer is present). Tickets for the Auditorio usually go on sale about a fortnight before the performance, and can be hard to get hold of. They can be acquired at the box offices at the Centro Dramático Nacional (Teatro María Guerrero and the Teatro Valle-Inclán), at the Teatro de la Zarzuela and at the headquarters of the 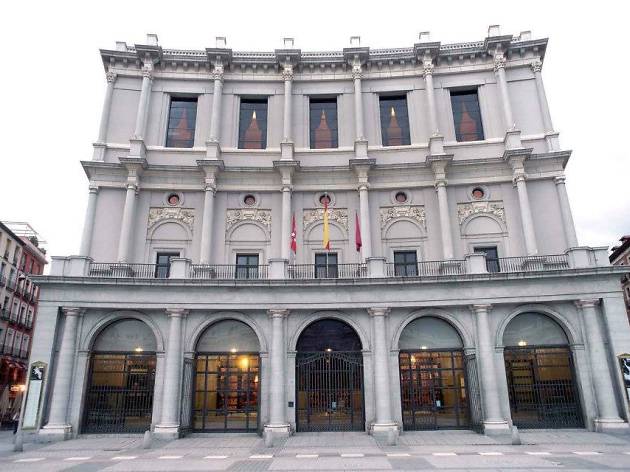 Shaped like a compressed oval, the interior of the city's opera house is breathtakingly ornate compared with its sombre façade, and one of the most technologically advanced in Europe. Productions are impressive, with complicated revolving sets and attention to detail in costume and props, and range in style from the traditional lyrical repertoire to the latest avant-garde trends. Projection screens at either side of the stage show the full-stage action, though this doesn't quite compensate for the lack of vision at the far ends of the top galleries (the 'tribunas' and part of the 'anfiteatro'). There is also a screen above the stage showing Spanish surtitles for non-Spanish operas. The acoustics are so good that sound quality is practically the same everywhere in the hall. There are daily guided visits that tell you all about the building's structure, the decoration of public spaces and how an opera house works (you'll be able to explore everything from the main dressing room to the auditoriums). If you're a professional or student, or simply interested in the technical side of things, there are also daily artistic and technical visits that last around an hour and a quarter. Night owls and those interested in finding out what happens after the curtain falls can also take a night tour. Performances usually begin at 7pm and 8pm, or 6pm on Sundays, with ballet and family opera matinées at noon. The date tickets go on sale is announced on the venue website; there is a limit of fo 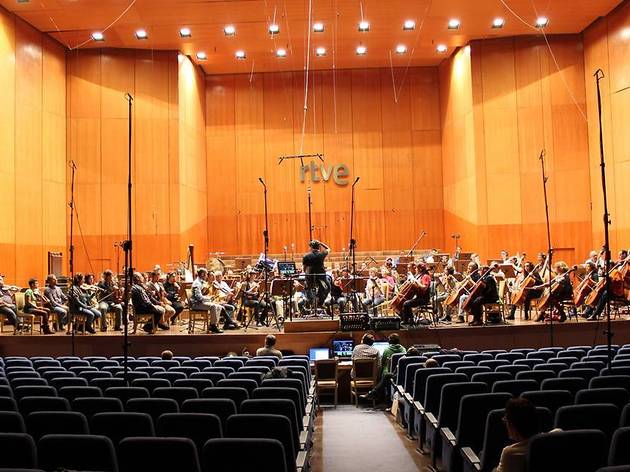 Located in slightly seedy Antón Martín, the Monumental has more character than most, but is functional rather than beautiful. Its main purpose is to record broadcast concerts by the RTVE Orchestra and Choir – consequently it may not have the glitz of the Teatro Real, but it does have excellent acoustics and high-quality performances. Watch out for free ticket competitions on the venue's social media. 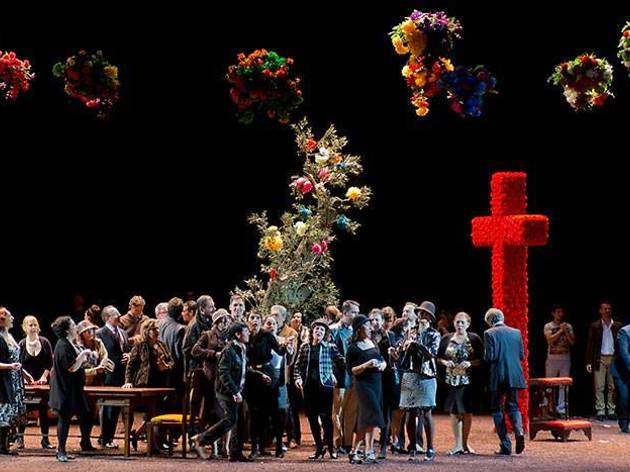 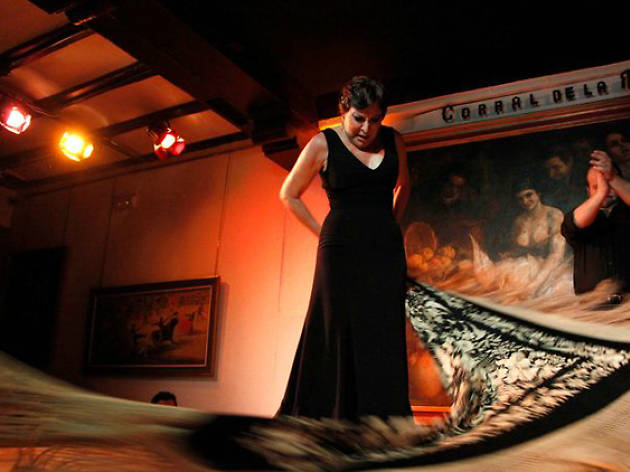 Feel the feverish heat of Spain’s traditional dance with a flamenco show at one of the country’s most prestigious ‘tablaos’ (flamenco venues). Choose the show time that best suits your schedule, then make your own way into the heart of Madrid Old Town to enjoy a night of passionate flamenco. 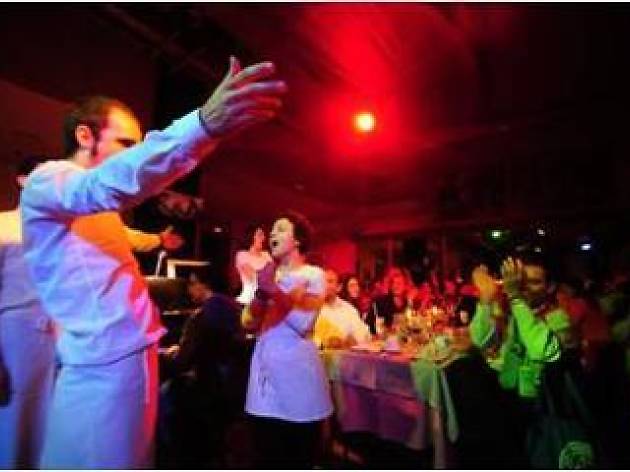 Zarzuela Opera and Dinner at La Castafiore Restaurant in Madrid

Enjoy a night of opera music and fine food at La Castafiore restaurant in Madrid! Popular for its opera-singing waiting staff, the traditional restaurant has gained a cult following in the city from locals and visitors alike. 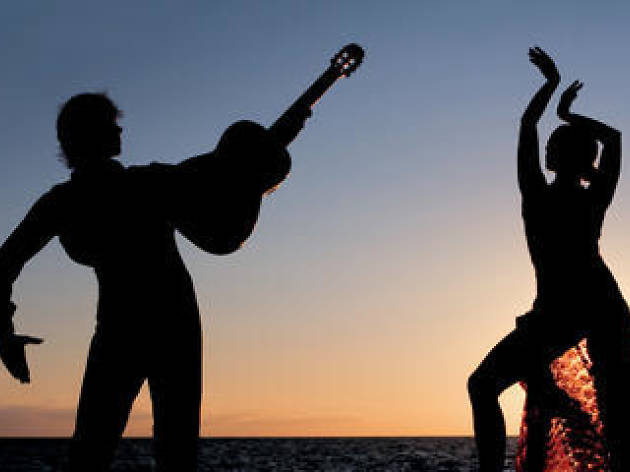 Flamenco Lesson and Show at Tablao with Drink or Dinner

Feel the heat of Spain’s traditional dance with a 3-hour flamenco lesson and show at one of Madrid’s top ‘tablaos’ (flamenco venues). Leave your inhibitions at the door and get ready to stamp and clap along as you are taught how to flamenco by some of the city’s top dancers during a 1-hour class. 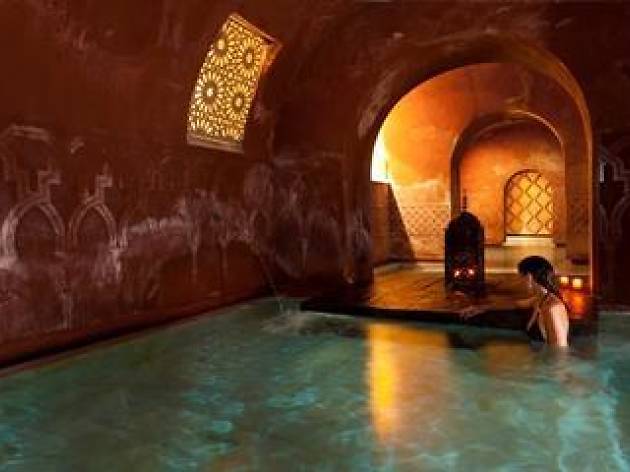 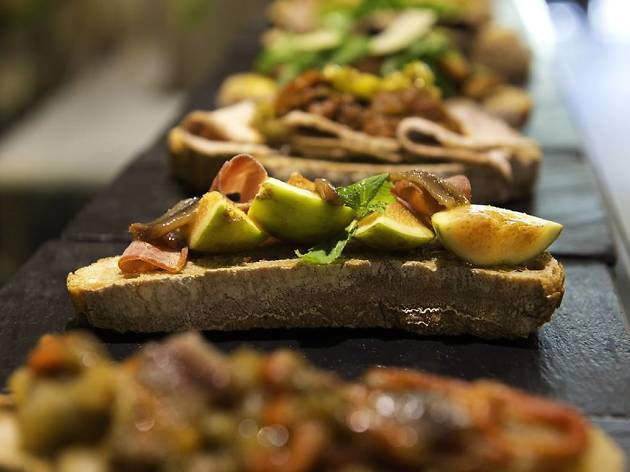 Sample Spanish nightlife and Madrid's tasty tapas on an evening walking tour that will tantalize your taste buds! Led by an entertaining foodie guide, this walking tour is the best introduction to the laid back Madrileno lifestyle. 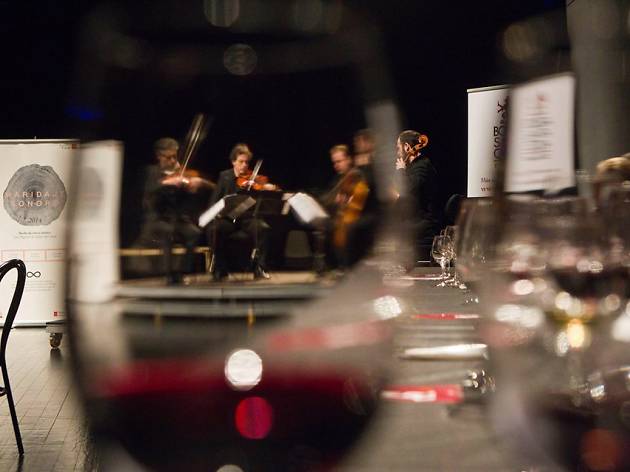 Leave Madrid and head to the hills to learn about Spanish wine on this full-day tour! With an expert guide at your side, visit the Vinos de Madrid winemaking region and tour three esteemed wine estates in the area, known as ‘bodegas.’ 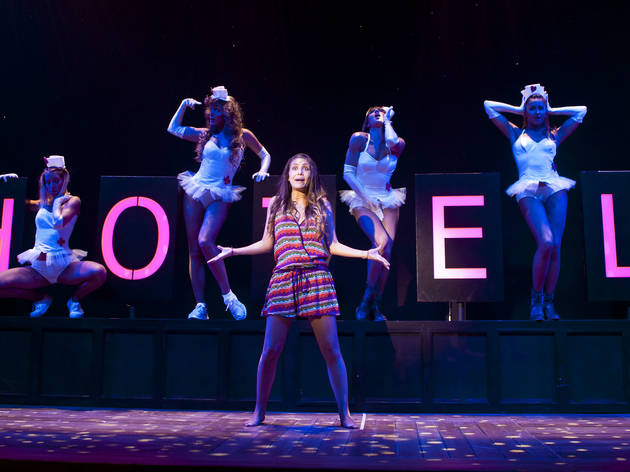 In 1944, on Madrid's fashionable Gran Vía, the Cine Gran Vía first opened its doors. It then became a theatre, and one of the first big stages in the city, between 1947 and 1950. Thousands of theatre fans have sat in the audience here, swept away by the dreams before them in this iconic space. It's now dedicated to musicals and large-format shows, and known these days as the Broadway of Madrid. 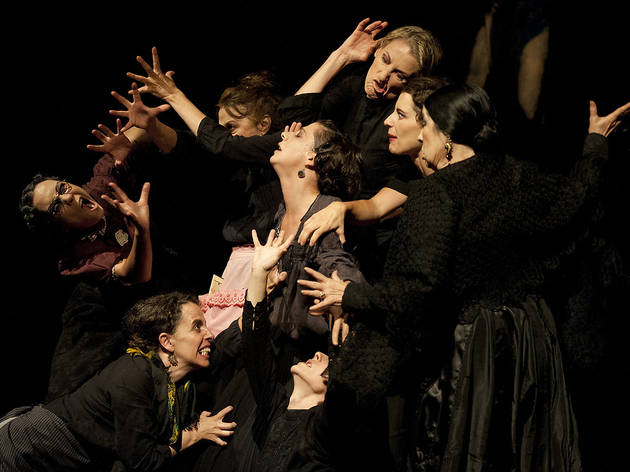 Even though this grand theatre located in Plaza de Santa Ana was built on the site of a medieval animal pen in 1745, it isn't old-fashioned at all, having a radical and avant-garde billboard in recent years, programmed jointly with Naves del Español, in El Matadero. 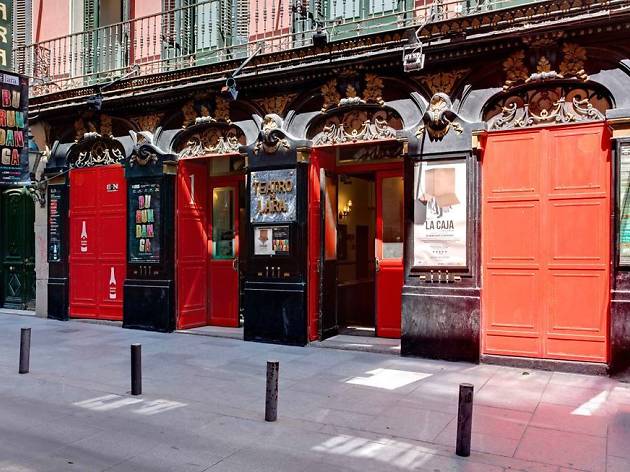 Founded in 1880, this small theatre is one of the oldest and most beautiful in Madrid (whose classical atmosphere takes you back to the days of going to an authentic theatre). It's managed to survive various crises (and was even closed for a number of years), and its billboard now includes innovative works, occasional concerts and children’s shows... always with a retro atmosphere that has its downside in that it lacks comforts you'd expect from a modern theatre. 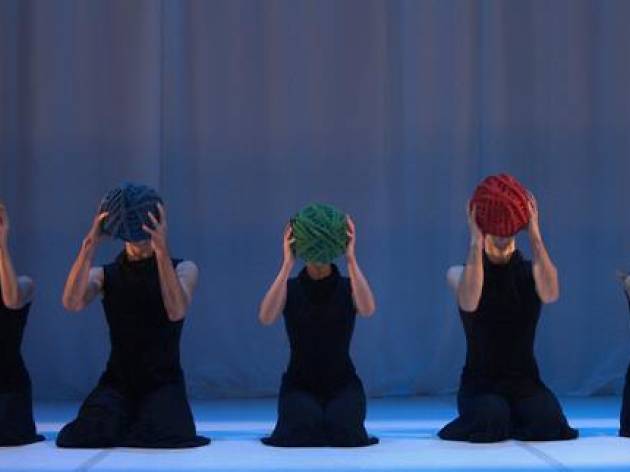 Housed inside an abandoned church, the award-winning Abadía dabbles in music and dance as well as theatre. It's a unique space, one of whose strong points is the proximity of the stage to the audience as well as the impressive building itself. It participates in the Festival de Otoño and Madrid en Danza festivals, brings unusual one-offs to the regular programming, and also organises year-round workshops, carries out research and trains its actors. 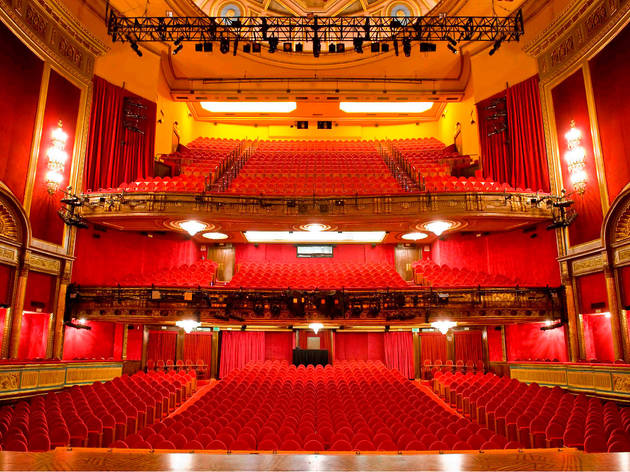 Teatro Lope de Vega was inaugurated in the mid-20th century with a musical variety show, and it could be said that this beginning marked its fate. Even though it operated as a cinema for a number of years (and remains so in the hearts of thousands of 'madrileños' who saw the films of the era on the screen here), Lope de Vega is the theatre that has led the transformation of the Gran Vía into Madrid's very own Broadway, through its large-scale productions like 'The Lion King'. 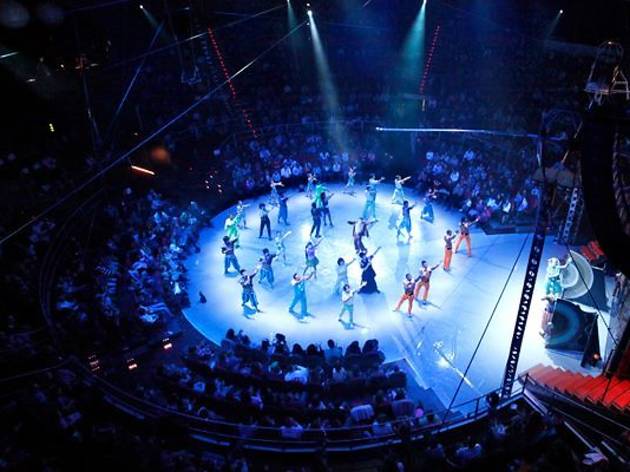 Originally, Teatro Circo Price was located in an old garden in Paseo de Recoletos. Demolished in 1970, it returned as a stable circus in 2007, when the Madrid town hall rescued the spirit and name of the building, which has become a real cultural centre and an avant-garde hub – together with the neighbouring Casa Encendida – in which the advantages are the shape of the stage and being closer to the audience. What can you find here? A bit of everything: circus acts, concerts, improvisation workshops, clowns... And it's open 365 days a year.

More theatres in Madrid
Get us in your inbox