Mexico City is one of the cities with the most museums in the world. Don’t wait until International Museum Day, which is celebrated annually on 18th May, to visit them. Among the huge number on offer, we are recommending which 10 museums to visit if you are staying or living in Mexico City.

Mexico City is home to the most visited museum in the country: the Museo Nacional de Antropología, which holds one of the most important collections of pre-hispanic art. You’ll also find places dedicated to the rich history of Mexico, such as Chapultepec Castle which used to be the official residence of Charlotte and Maximilian of Habsburg; in others, you will find wonderful photography and contemporary art exhibitions.

The best museums to visit in Mexico City 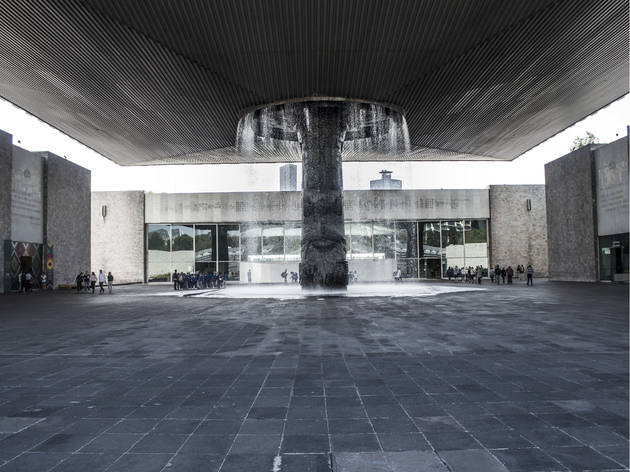 It’s impossible to see the entire museum in one day, but coming back and seeing the Coatlicue with adult eyes will change your perception of one of Mexico’s most important museums. After 54 years, it was necessary to restore its two great murals: The World of the Maya (Leonora Carrington) and the Map of Meso-America (Ernesto Vázquez y Luis Covarrubias). 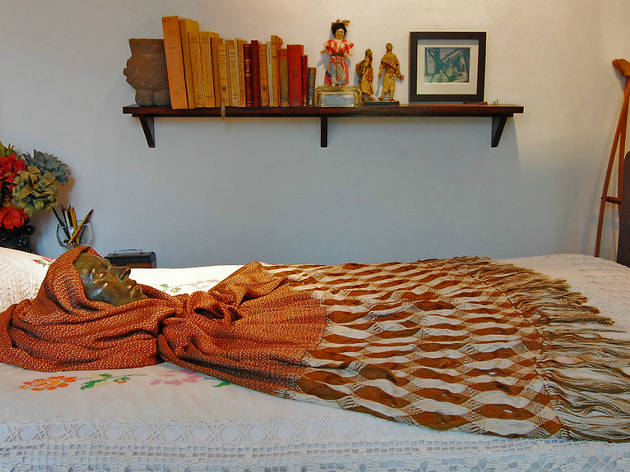 The selling point of this museum – the most visited in all of Mexico City - is that it was the house where Frida Kahlo was born, lived her life and died. When one enters the Blue House, they’re transported immediately to Frida’s universe, and within it, you’ll find not only her most famous works like Viva la Vida and Frida and her Cesarean, but also diaries, dresses, mirrors and even her bed. In fact, her ashes can be found in what was her bedroom. 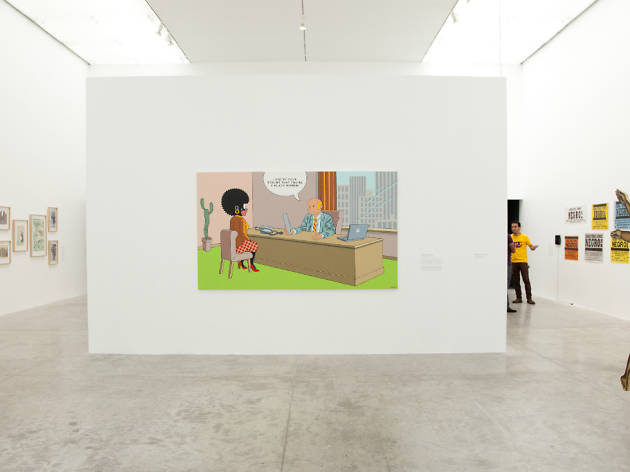 This is one of the most functional and beautiful museums in Mexico City. Inaugurated in November 2008 and with an impressive design by Teodoro González de León, this is a multimodal space that also allows for the exhibition of retrospective work, which is a space of installations designed specifically for this building. One of the museum’s most interesting offerings is the Experimental Sound Space: a dark room where sound works of all types are created. 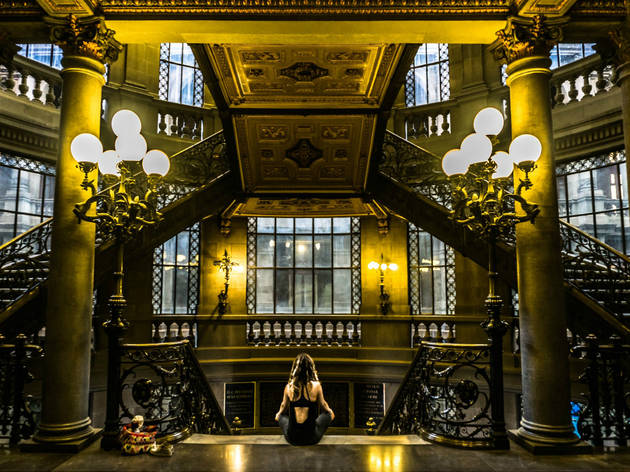 The building is the old Palace of the Secretary of Communications and Public Works, designed by Italian architect Silvio Contri, who began its construction in 1904. On the inside, it opens to a beautiful staircase whose marble steps show the footprints of time. There’s also impactful, French-influenced marble sculptures in the vestibule, such as the famous “Malgré Tout” (“Inspite of it all”) by Jesús Fructuoso Contreras (1882-1948). The museum’s collection is vast and includes all types of work from the viceroy era to the middle of the 20th century. 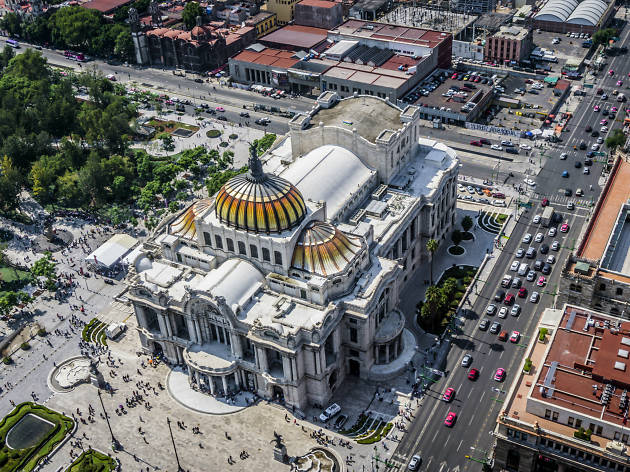 Its construction began in 1904 during the Porfirio Diaz dictatorship, and its interiors were designed in the decades after the revolution. Not to mention the vestibule’s impressive Art Deco construction. Inside, there are several exhibition halls for plastic arts and history, and dominating its walls are some of the most imposing murals of the greatest Mexican Muralists: Diego Rivera, David Alfaro Siqueiros, José Clemente Orozco, Roberto Montenegro and Jorge González Camarena. 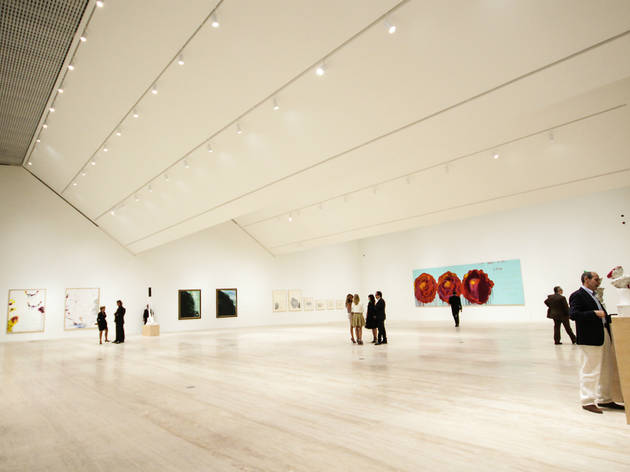 Eugenio López Alonso’s contemporary art collection began in the 1990s and is one of Latin America’s most extensive and important. Beginning in November of 2013, it got one step closer to city residents in a new headquarters that acts as the primary exhibition space of the Jumex Contemporary Art Foundation. British architect David Chipperfield, who formed part of the Tate Modern and the River and Rowing Museum in Henley-on-Thames, designed this building, his first in Latin America. 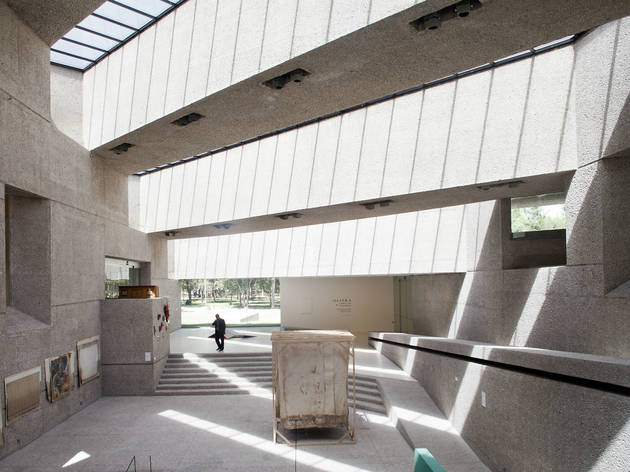 The Tamayo Contemporary Art Museum is one of the preferred museums of art lovers, thanks to the fact that it continuously houses vanguard exhibits and for its impressive collection of Rufino Tamayo, donated by the artist for the museum’s creation, as well as its international collection from the 1960s-70s. The architect in charge of the transformation couldn’t have been anyone other than Teodoro González de León, who along with Abraham Zabludovsky, developed the original project. 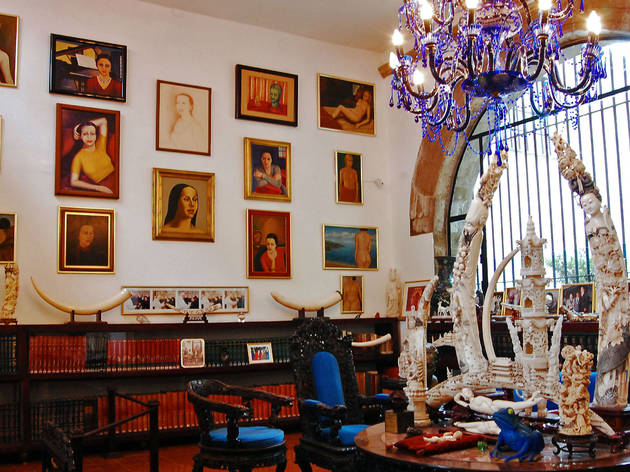 More than a museum, Dolores Olmedo’s home is a true oasis on the city’s southern side. With a walkway through the gardens of this former plantation in La Noria. Dolores Olmedo’s life was as vibrant as her collection. As friend and benefactress of Diego Rivera, the main treasure of her collection are the works of the famed painter and that of his most beloved women: his first wife, Angelina Beloff and Frida Kahlo, whose paintings are constantly traveling the world and therefore may not be on display upon your visit. 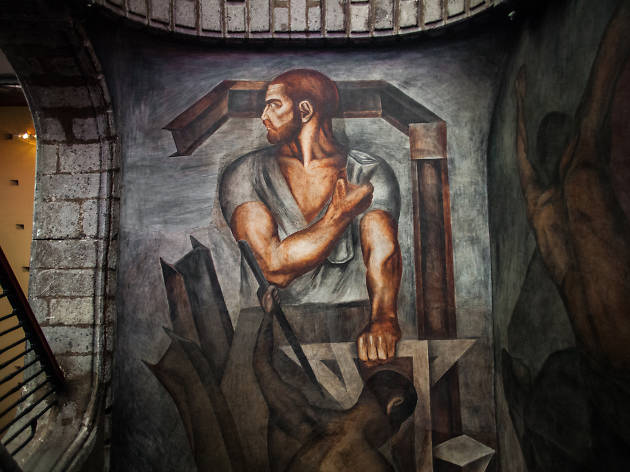 It’s always been a college. Even when it was a new facility in 1588, the Jesuits gave classes here. Throughout the centuries, the building also became the barracks for the Mexican army, and again a college, and then again a barracks, until 1867 when Benito Juárez’s government established the space as the National Preparatory School, which it remained until it closed in 1978. It reopened as a cultural space in 1992. Inside the building you’ll find the diverse murals of artists such as Jean Charlot, David Alfaro Siqueiros, José Clemente Orozco and The Creation, Diego Rivera’s first mural. 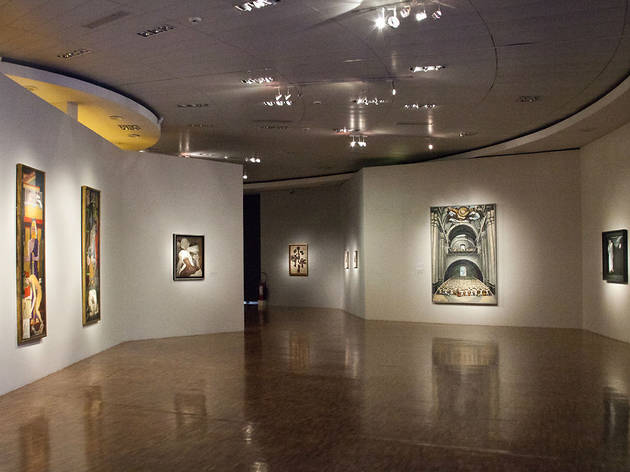 This museum came to life around the same time as the National Anthropology Museum, the former Viceregal Art Gallery and the Museum of Natural History; all during the city’s 1960s cosmopolitan boom. It continues to be one of the most important collections of 20th century art in Latin America. Beyond its offering of high-quality temporary exhibits, it also boasts its own collection of artists such as Diego Rivera, Leonora Carrington, Frida Kahlo and Remedios Varo. 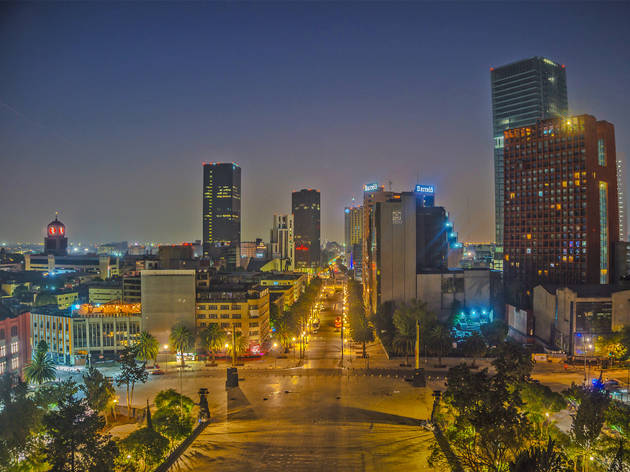 We recommend the places that house the archaeological legacy of pre-Hispanic cultures, monuments and the city’s biggest lung, just past the metropolis’ first skyscraper.