December 2019: Right around the end of the year is when the craving strikes for Chinese food in Miami. It's about the only thing you can find to eat on Christmas Day besides Noche Buena leftovers, and it's generally great at soothing your New Year's Eve hangover. With that in mind, we’ve updated our list of Chinese restaurants, eliminating defunct spots such as No Name Chinese and adding tasty newcomers like Brickell’s splashy Hutong, plus we’ve shuffled a few things around—but you’ll have to read on to find out.

Chinese food in Miami isn’t what it used to be years ago—it’s so much better. We’re no longer relegated to run-down takeout joints to satisfy our cravings for lo mein, or forced to go to a fancy South Beach restaurant to get our fill of Peking duck. And dim sum? Those delectable bites can now be found from Brickell to Westchester and other neighborhoods in between. Trust us, we’ll show you where to feast on downright incredible Chinese food. 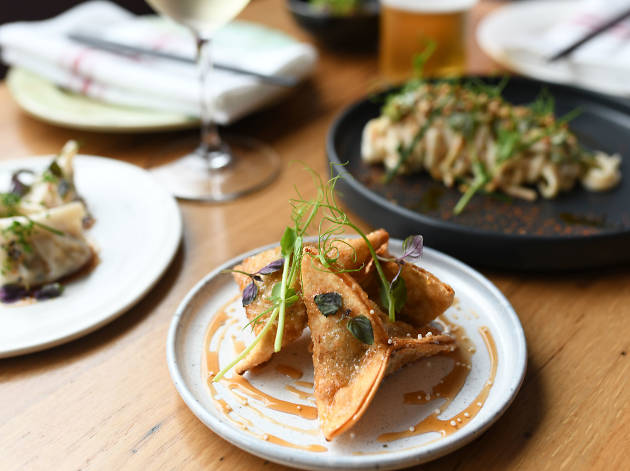 What is it? A petite, dimly lit parcel on the outer edges of tightly packed Wynwood serving up a variety of both accessible and more adventurous dim sum plates along with a respectable wine list and just the right amount of scene.

Why go? Its pink facade, hanging wicker lamps and elbow room only dining room make for a fun stop off before a night out, but Palmar’s blue crab fried rice topped with bean sprouts and a sticky 63-degree egg is reason enough to put in a reservation and brave the Wynwood crowds. 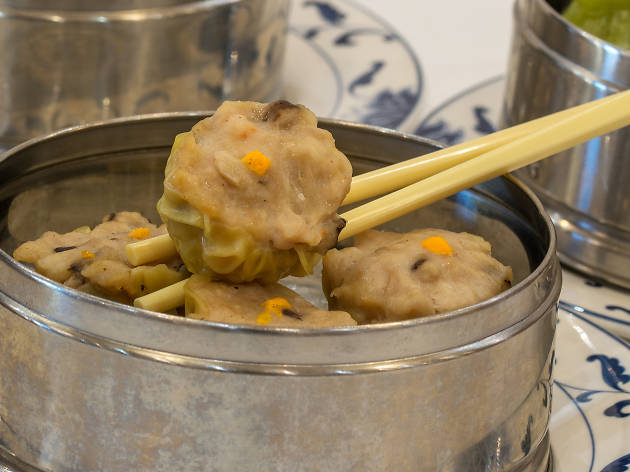 What is it? This is the place for Hong Kong-style Chinese food, and the best dim sum west of the Palmetto. 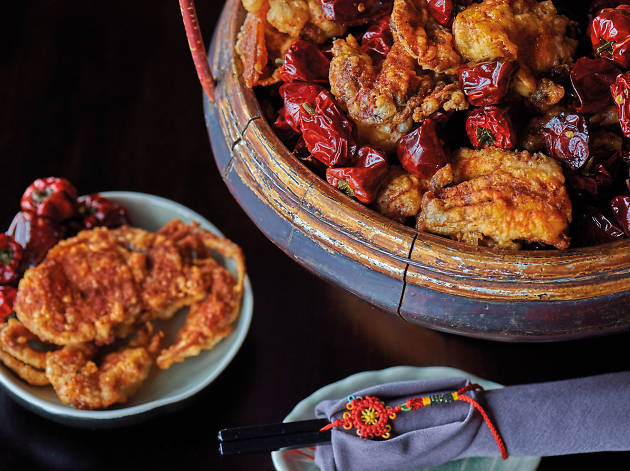 What is it? Hailing from Hong Kong, this high-end Chinese restaurant serves traditional northern cuisine and Asian-inspired cocktails in a delightful, sophisticated setting.

Why go? The Peking duck takes 24 hours and it shows. Order one for the table and grab your phones when it arrives: Hutong’s chef slices it tableside and artfully arranges the juicy slices for everyone to share. 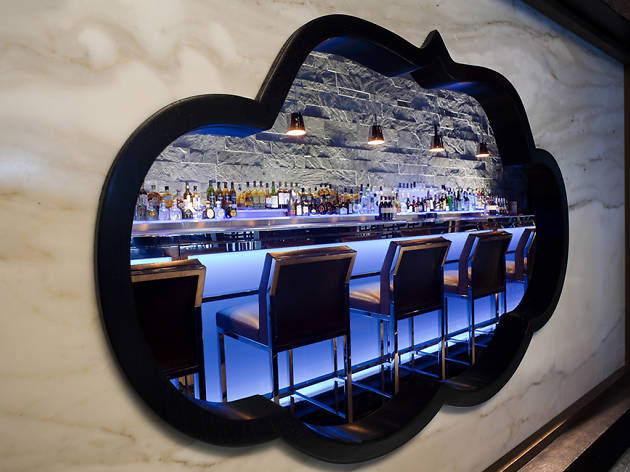 What is it? This swanky Chinese restaurant inside the Fontainebleau Miami Beach Hotel feels like a sexy Asian parlor. 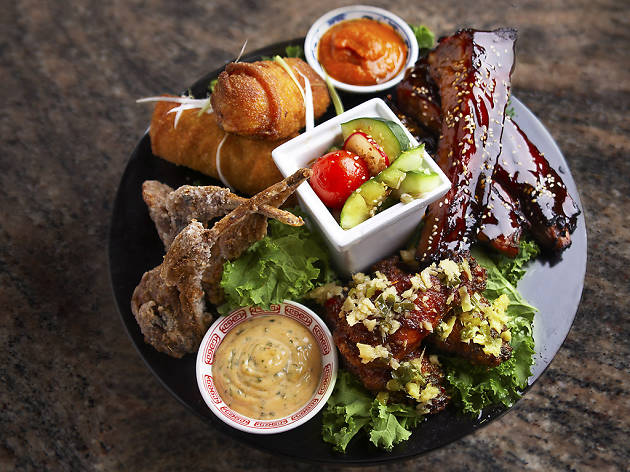 What is it? Chef and restaurant owner Richard Hales serves modern, Chinese Sichuan cuisine at this casual but inviting restaurant in Midtown.

Why go? Hales and his team make sure to source local ingredients whenever possible and always push one step further with proteins, like the gong bao rabbit, and preparations, including handmaking the noodles you'll inevitably find yourself slurping. 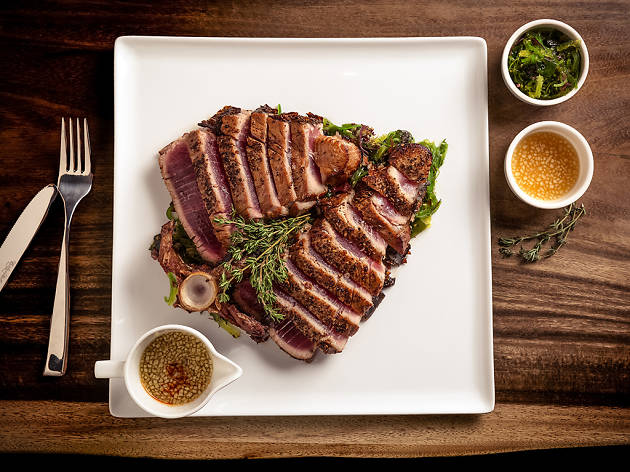 What is it? David Grutman’s upscale Asian restaurant is crawling with celebrities at any given moment, which is partly why he can charge the big bucks for Peking duck, wagyu beef dumplings and duck fried rice (listed as arroz con pato).

Why go? The scene-y spot delivers in terms of flavor and quality. The Komodo Old Pal cocktail is no friend at all (especially after downing more than two) but it is as tasty a cocktail as they come. 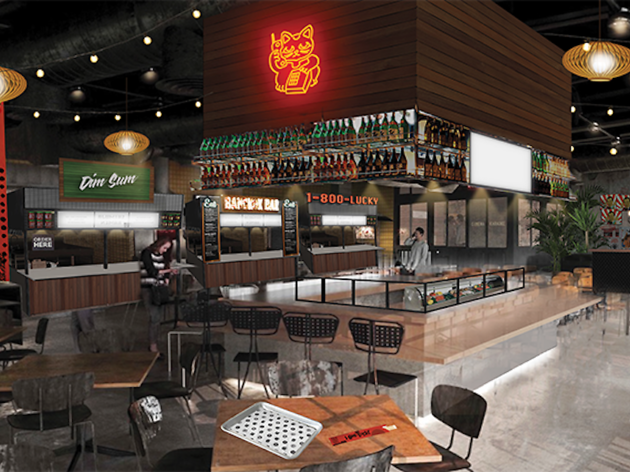 What is it? This Asian marketplace with seven different food vendors offers two tasty options for Chinese food: Lotus + Cleaver for Chinese barbecue dishes and Yip for dumplings.

Why go? Try Lotus + Cleaver for ribs, duck and stir-fried dishes favorites. For great dim sum, head to Yip (a concept by Gold Marquess Fine Chinese Cuisine). The plump dumplings come in traditional bamboo steamer baskets and are made to order. 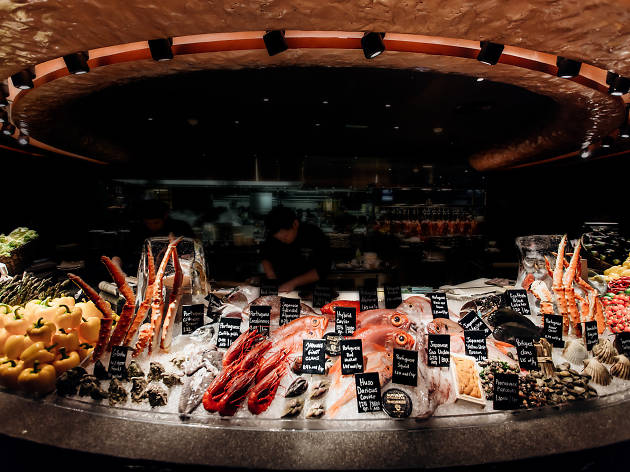 What is it? This buzzy Japanese-Chinese restaurant hails from London, but the vibe is thoroughly Miami—down to its clubby atmosphere and well-heeled crowds.

Why go? There’s plenty of sushi to satiate cravings for raw fish, but the dim sum and various duck dishes are the real stars. Get your fill of poppable bites on Sundays, featuring a trolley service boasting a sleek dim sum cart that brims with decadent dumplings. 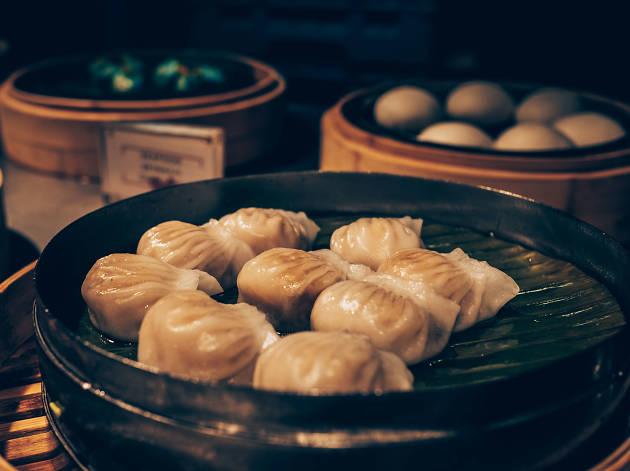 What is it? We wouldn’t send you to another county for just any Chinese restaurant. This Pembroke Pines institution has deep Asian roots and an extensive menu.

Why go? So much variety—from crowd favorites like shrimp dumplings and pork buns to some lesser-known classics such as crispy pork intestines and chicken feet. You’ll want to be whip-fast during lunch’s push-cart dim sum service, which is known to send first-timers into a tailspin of options. 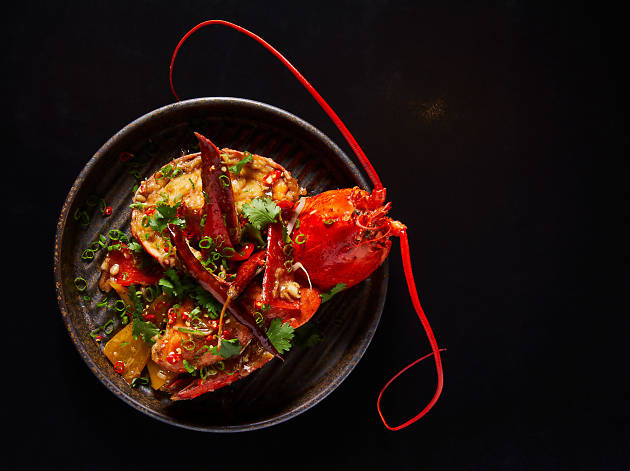 What is it? This glamorous restaurant inside the swanky Setai hotel serves all kinds of Asian cuisine, melding flavors from Thailand, India and China, which is well-represented on the menu.

Why go? It’s worth a visit for the people-watching alone. Though the essential Cantonese dishes such as dim sum and Peking duck, plus tasty wok vegetables, do not disappoint. 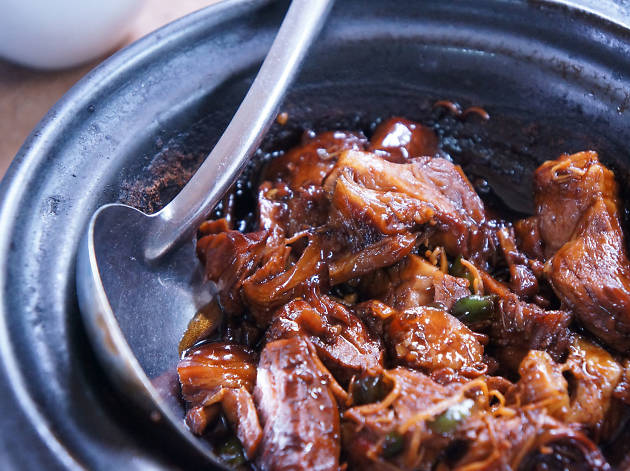 What is it? This refined, crimson-coated den sits within one of Brickell’s oldest apartment buildings—fitting for a space that favors traditional Chinoiserie over the modern accents of the upscale Chinese restaurants of today.

Why go? Whether to soothe a hangover or cure a cold, we believe in the restorative powers of Da Tang’s healing hot pot. The warm broth comes in a giant porcelain bowl and can be customized with your choice of veggies, proteins and proteins. 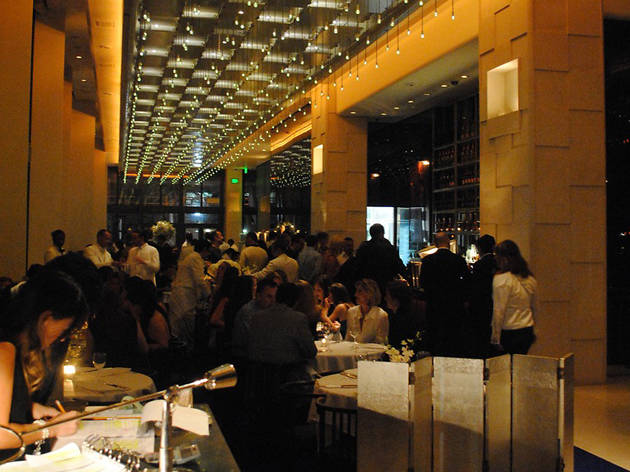 What is it? Perhaps more notable for its glitterati crowds and over-the-top decor than its food, this international upscale chain does do several Chinese dishes exceptionally well.

Why go? Much is still said about Mr Chow’s signature chicken satay, hand-pulled Singapore-style noodles and crispy duck, which are flavorful, delicately portioned and accompanied by a hefty price tag. 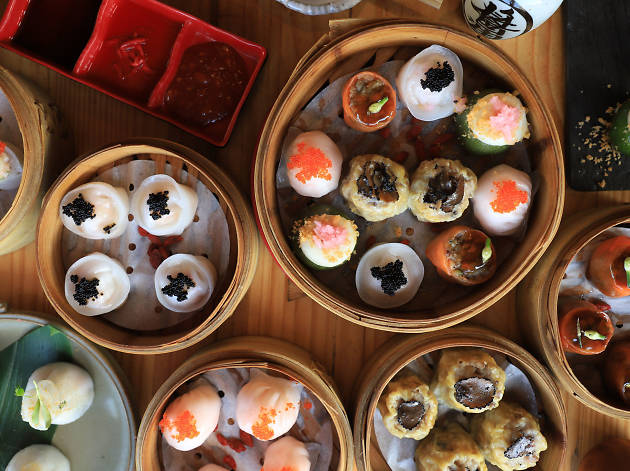 What is it? A serviceable spot for lovers of Chinese and Japanese cuisine, this Pan-Asian spot has something for everyone in your party.

Why go? Tanuki offers a ton of variety, especially in the dim sum department. Try dumplings stuffed with truffles, mushrooms, duck and other inventive fillings.

What is it? This nondescript, banquet hall-style restaurant does Chinese food for Americans, which isn’t necessarily a bad thing if exotic cuisine isn’t your thing.

Why go? Try Tony Chan’s Peking duck and its fried fish drizzled with the chef’s special sweet-and-sour sauce. General Tso’s chicken, a U.S. classic, is there, too. 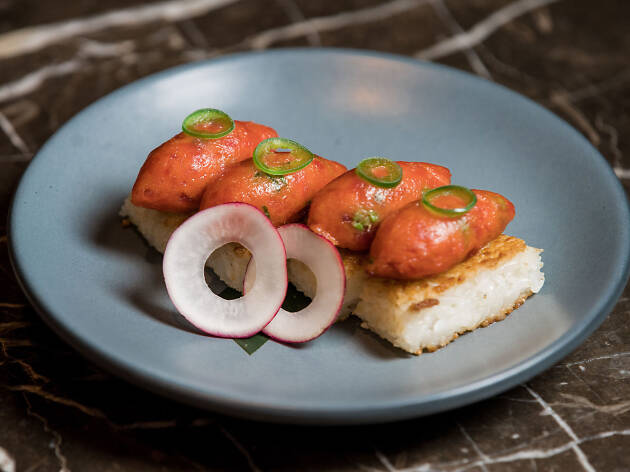 From sushi to teppanyaki to izakaya, get your fill of Japanese food at these spots