Last year, Death Cab for Cutie released an album titled Kintsugi. If you Googled the term, you would have learned that it refers to the Japanese art of repairing broken ceramics in such a way that the damage becomes part of a new design, rather than simply being erased.

When you see the artworks of Japanese ceramicist Yuji Ueda, who is set to exhibit in New York next month, you might wonder “Is this kintsugi?” Technically, it’s not. He’s not in the profession of repairing plates and bowls. But the pieces he creates feature rough, uneven textures with cracks and layers of ceramics packed one on top of another, and they seem to embrace the deeper meaning of kintsugi: turning imperfections into something beautiful. 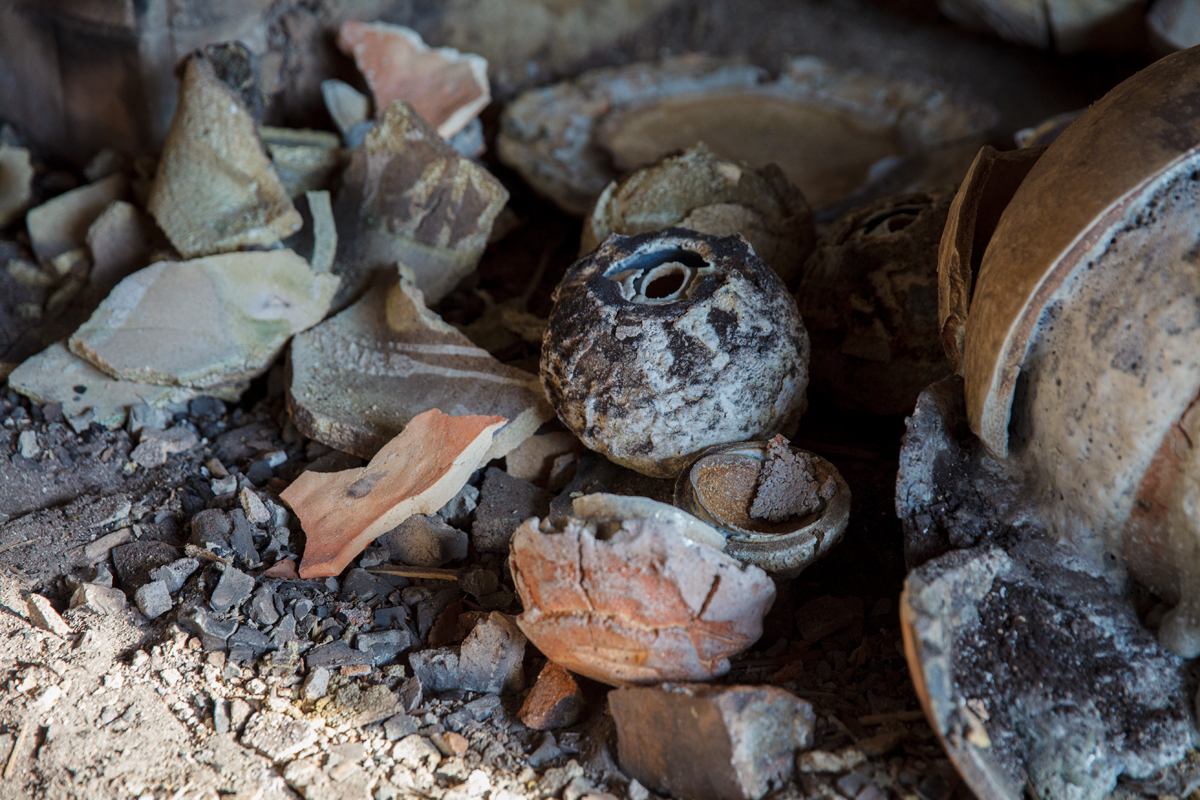 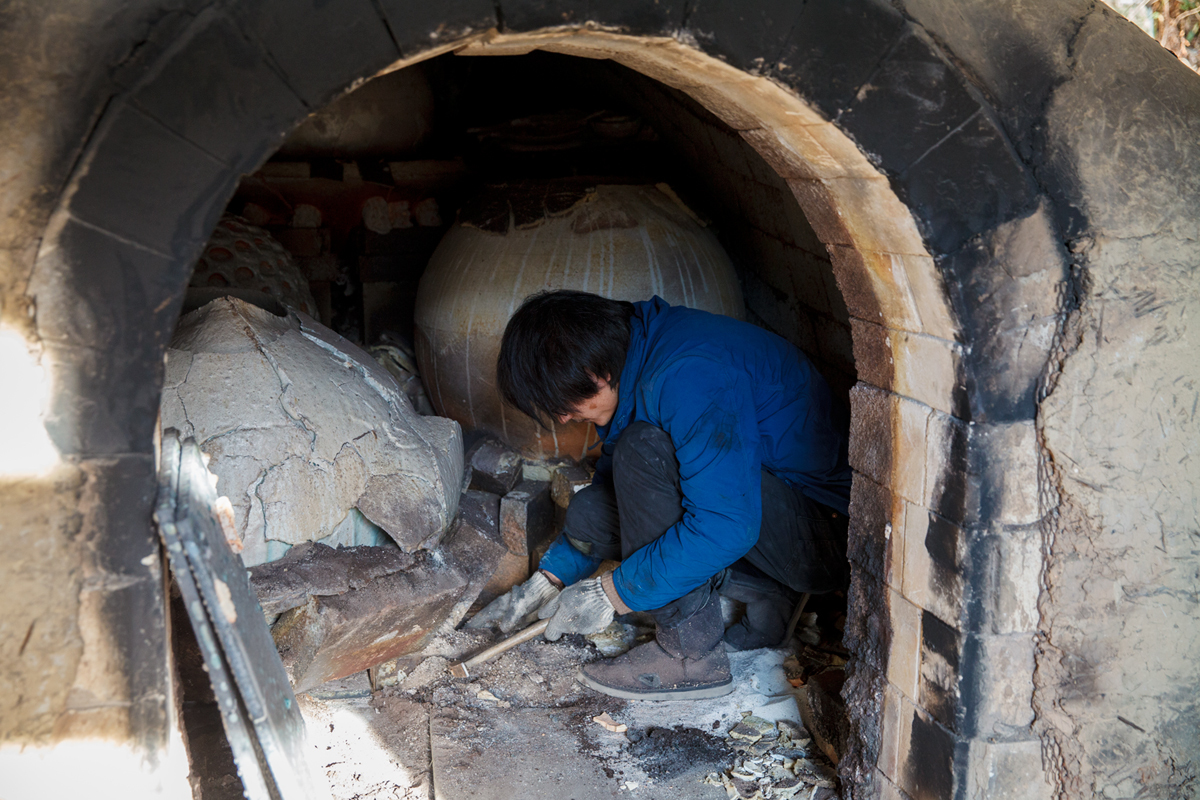 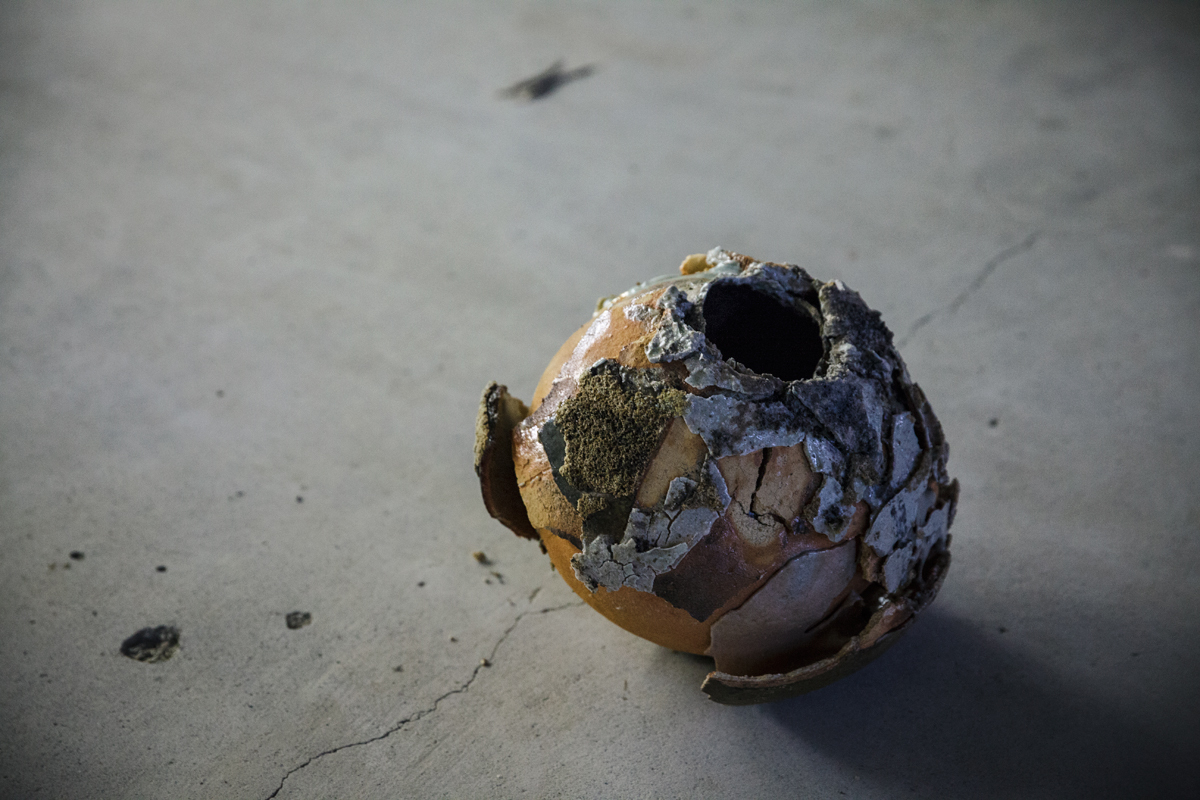 A completed piece by Ueda

In March, Ueda takes his work to Blum & Poe in New York where he’ll be exhibiting alongside fellow ceramic artists Kazunori Hamana and Otani Workshop. The show, along with a similar one they were all part of in Los Angeles last year, is curated by renowned contemporary artist Takashi Murakami (who, incidentally, will be wrapping up his own enormously successful “The 500 Arhats” exhibition in Tokyo just as the trio make their New York debut). Although Murakami’s animated art style is in stark contrast to the kind of subtle, stripped down ceramics set to be on display here, his involvement is testament to his enthusiastic support of Japan’s traditional art forms.

“Murakami is interested in old traditions and he is always seeking to expand his work and his vision,” says Hamana. “I think he looked at our style of ceramic art and saw something unusual. All three of us tend to create unique pieces, not just your regular plates and pots.”

Hamana’s artworks are just as organic and earthy as Ueda’s. He uses only natural clay and colours, a style he says is largely inspired by the coastal environment of his studio in Chiba, Japan. “I examine the textures in the sand and the ocean. My ideas come from nature,” he says. Sometimes, he’ll etch jagged lines and shapes onto the surfaces of his bowls, to give them “a more modern appeal.” 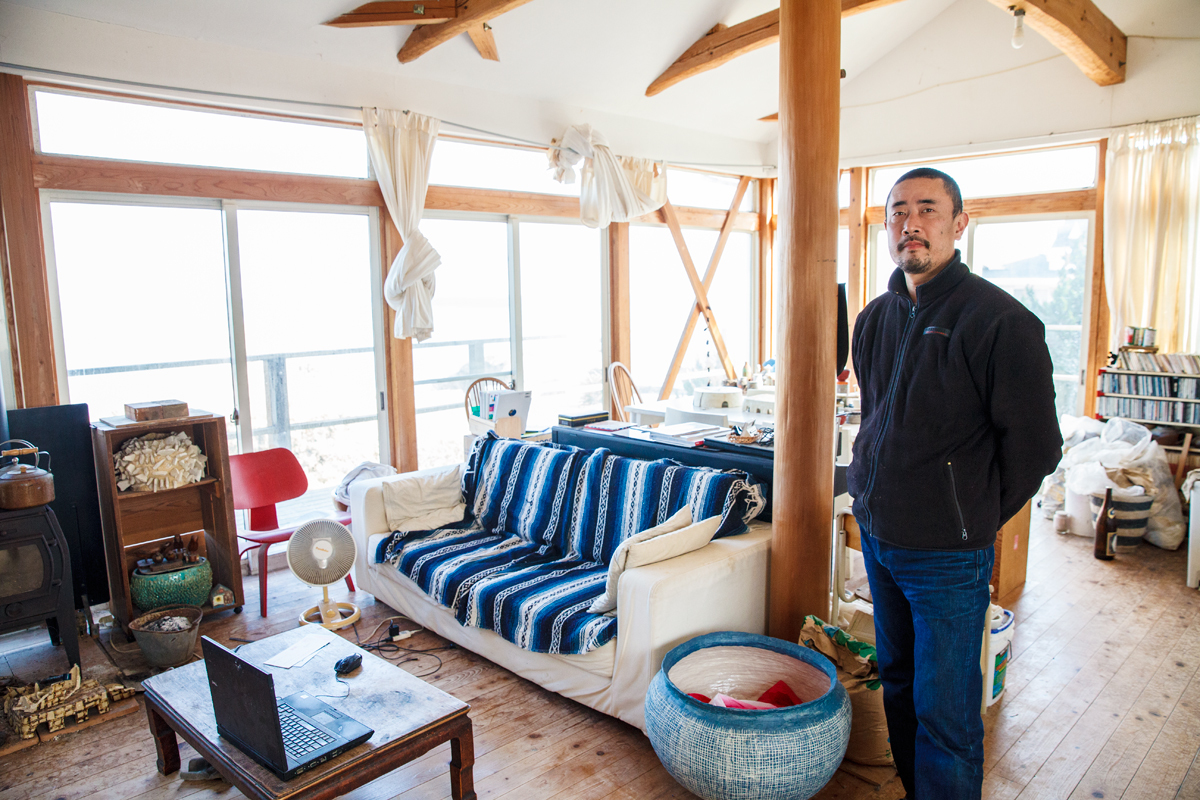 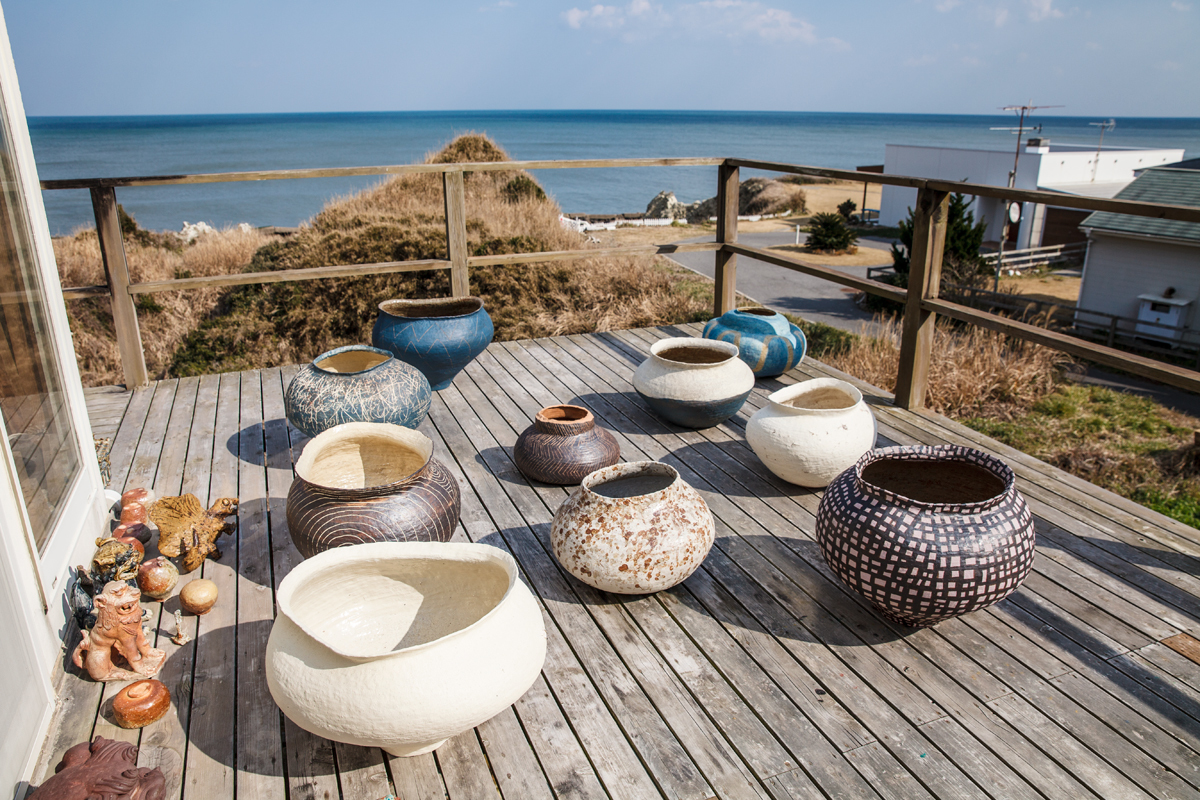 Ueda and Otani have similarly chosen to base themselves in a more remote setting, agreeing that nature also inspires much of their work. Both spend their days experimenting with glazing, shaping and colouring in Shigaraki, a city known for its long history of pottery (it’s home to one of the oldest kilns in Japan) and for its excellent quality clay. They draw on traditional techniques such as kohiki (layering dark and light clay) and ikomi (curved casting moulds), but generally allow their imagination to guide the finished products.

When I ask Otani for insight into his signature pieces, which often feature cut-out faces and zoomorphic elements, he says, “To be honest, I don’t really think about it too much. I feel it’s better to create art instinctively and find the meaning afterwards, if there is meaning to be found.” 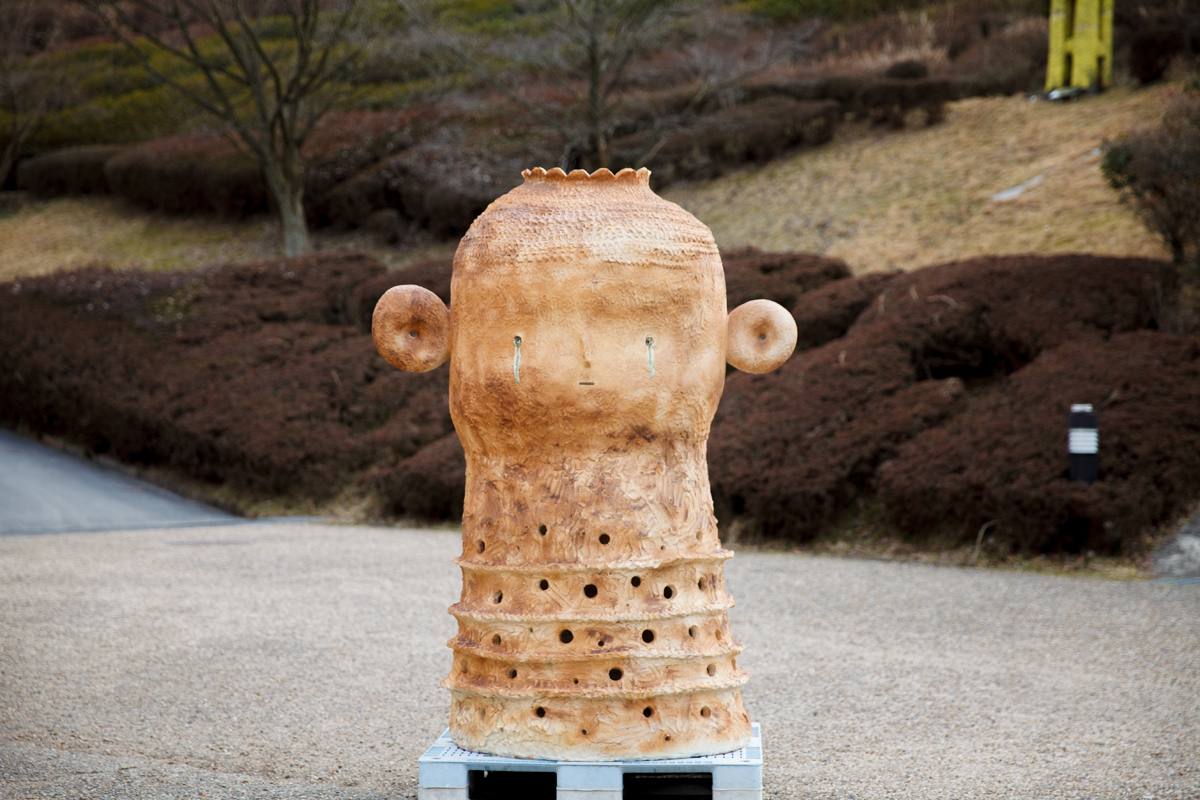 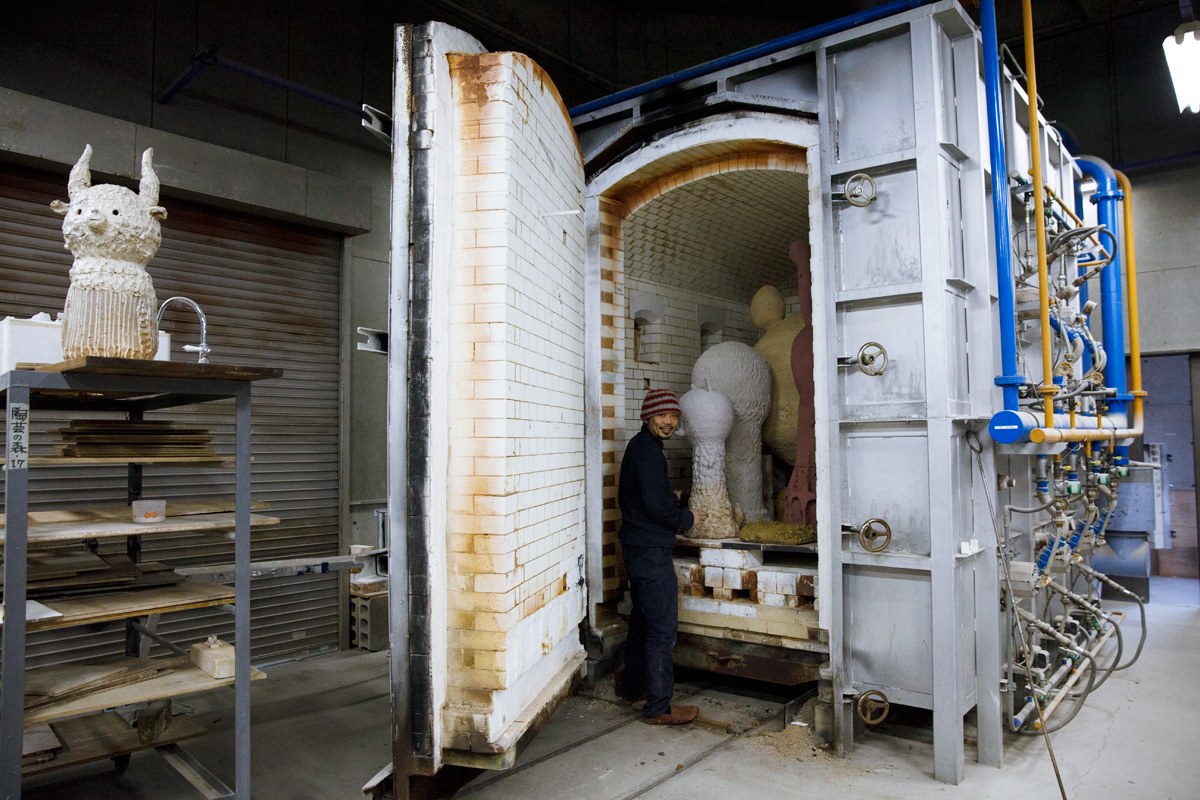 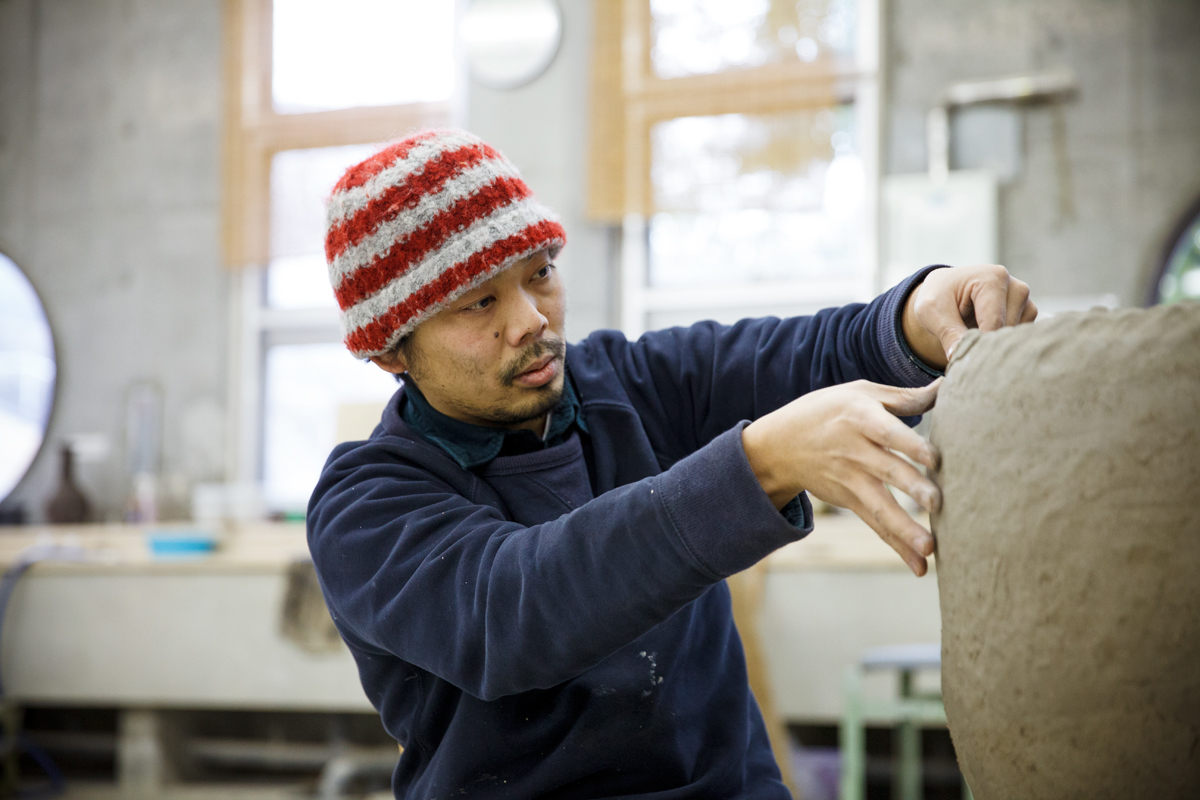 All three artists agree they don’t create art for anyone but themselves. Nevertheless, they were pleased by the feedback they received in LA last year. “Japanese ceramics are very different to the kind of popular, refined works you find in the US,” says Hamana. “Our ceramics have a long traditional history, more intricate textures, and are generally more organic. Yet, interestingly, LA viewers looked at our art and called it modern and new.”

I want to call it The Kintsugi Effect. It’s not really. But, philosophically speaking, perhaps I can get away with it?